Juventus' legendary goalkeeper Gianluigi Buffon has confirmed he is to leave the club after Saturday's Serie A clash with Hellas Verona.

At a press conference on Thursday alongside club president Andrea Agnelli, the 40-year-old revealed he is to call time on his 17-year stint with the Turin giants:

🎙 Agnelli: "@gianluigibuffon has been with us all the way on this long rollercoaster ride of a journey, with its lows and then the return to Paradise. We will be forever grateful for his loyalty."

🎙 @gianluigibuffon: "A big thank you to the president for his kind words. It's a very emotional day for me and I'm here off the back of an extraordinary and wonderful journey, shared with people who have cared about me greatly. For that, I have always tried to do my best."

🎙 @gianluigibuffon: "Saturday will be my final match for Juventus and to end this journey with two cups and with the president and the entire Bianconeri world by my side, will be very special."

While he is set to depart Juve as a player, the Italy icon hinted that he could continue his playing career elsewhere, per Tancredi Palmeri of beIN Sports:

JUST IN: Buffon: “Only sure thing at the moment is that Saturday I‘ll play my last game with Juventus. Until 15 days ago I was sure to retire. Now I have received some very important offers, on and off pitch. The most important off pitch is from Juventus. Next week I will decide”

Buffon became the most expensive goalkeeper in the history of the game when he joined Juve from Parma in 2001. With nine Serie A titles won, as well as four Coppa Italia prizes, he will leave the Bianconeri as one of their all-time great players.

After his final appearance for the Old Lady on Saturday, Buffon will have played 1,051 times for club and country.

The big omission from Buffon's haul of trophies is the UEFA Champions League. He finished as runner-up on three occasions.

In addition to his time with Juventus, Buffon has also excelled on the international stage, consistently representing his country with excellence and passion. The highlight of his career with the Azzurri came in 2006, when they triumphed at the FIFA World Cup in Germany.

He has long been considered one of the great goalkeepers in the world:

Buffon has regularly amazed with his agility and anticipation, attributes that have not deserted him yet in his 41st year.

Additionally, he was a goalkeeper who adapted with the modern game. Buffon is always seeking to get on the front foot to dominate his area, while his distribution has also improved in the latter years of his career.

The clear affinity Buffon has for the club has earned him popularity, although recently that did spill into anger. After Juve's controversial elimination from the Champions League against Real Madrid, he slammed referee Michael Oliver, saying he had a "bag of rubbish for a heart," per BBC Sport.

Per Italian football journalist James Horncastle, Buffon admitted he regretted the way he conducted himself in that instance:

Still, in the main, Buffon has been renowned for not only being an extraordinary footballer, but a gentleman, too. The reception he's likely to receive on Saturday will be befitting of a man who has captured the hearts of many fans down the years.

It will be intriguing to see what the next step is in what has been an incredible career for Buffon, and given he still remains an elite goalkeeper, plenty will be pleased to see him continue playing on. However, he'll always be synonymous with Juventus and one of the most dominant eras in the club's history. 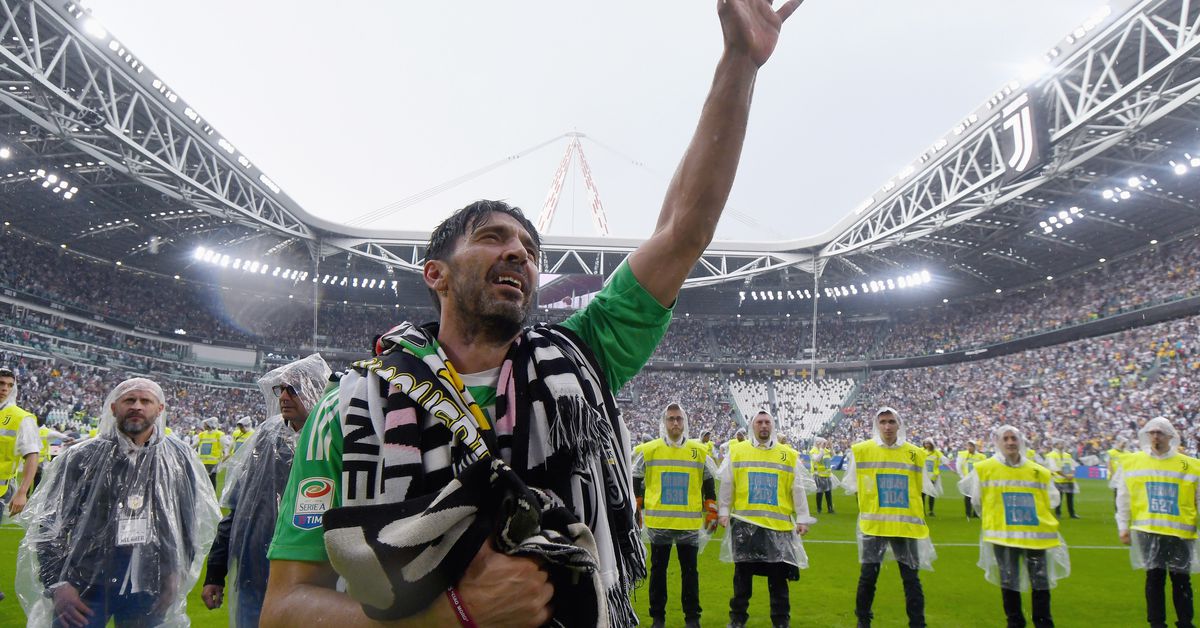