The Philadelphia Phillies announced they have granted relief pitcher Francisco Rodriguez an unconditional release on Saturday.

Rodriguez, 36, signed a minor league deal with the Phillies in late January but struggled in Grapefruit League play and failed to carve out a niche in the club's Opening Day bullpen.

He finished spring training with a 5.40 ERA, 2.85 WHIP, five strikeouts and eight walks over 6.2 innings.

That lackluster production came on the heels of a shaky 2017 season with the Detroit Tigers. In 28 appearances a year ago, Rodriguez registered a 7.82 ERA, 1.66 WHIP, 23 strikeouts and 11 walks over 25.1 innings.

Needless to say, the six-time All-Star figures to have a hard time finding steady work in a Major League bullpen at this stage in his career.

Bryce Harper on J.T. Realmuto: ‘We Need Him Here’ 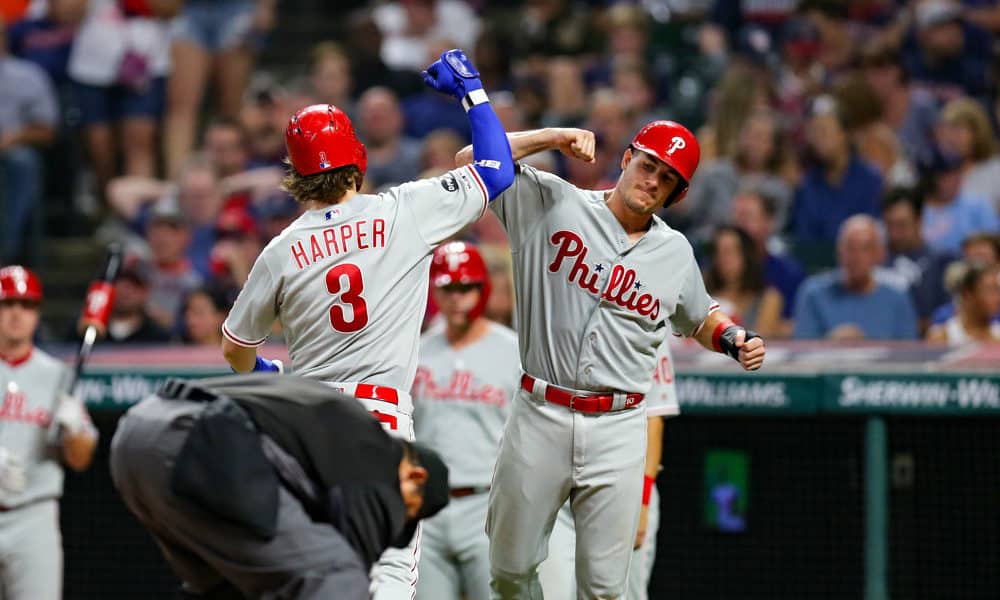 Bryce Harper on J.T. Realmuto: ‘We Need Him Here’