Even Minnesota Vikings wide receiver Stefon Diggs seemed to be at a loss to explain how he caught a 61-yard touchdown pass as time expired to give the Vikings a 29-24 win over the New Orleans Saints in the NFC Divisional Round.

The Vikings shared a moment between Diggs and Vikings quarterback Case Keenum, with both players expressing disbelief at what unfolded:

Diggs was nearly left at a loss for words on the field, courtesy of the NFL's Twitter account:

After Wil Lutz's go-ahead field goal, the Vikings had 25 seconds to either score a touchdown or get into position for kicker Kai Forbath. By the time Diggs caught the ball, about five seconds remained on the clock, and the team hadn't prepared for that exact moment.

"We've NEVER practiced this particular situation before," Diggs said, per the Vikings' official Twitter account. "Normally we plan to get out of bounds and kick a field goal."

The NFL shared a replay of the unforgettable touchdown:

Diggs couldn't have been the man of the moment if Keenum didn't look his way, and that wasn't lost on the third-year wideout.

"It means so much to me to see my quarterback believe in me for the last play of the game," he said, per the team's Twitter account.

So much of the Vikings' history is occupied by playoff disappointment—Brett Favre's interception in the NFC Championship Game in the 2009 season and missed field goals late in games by Blair Walsh and Gary Anderson.

Diggs sent Vikings fans home happy, and his touchdown grab will go down as one of the biggest plays in franchise history.

Kirk Cousins Prepping to be a Play-Maker 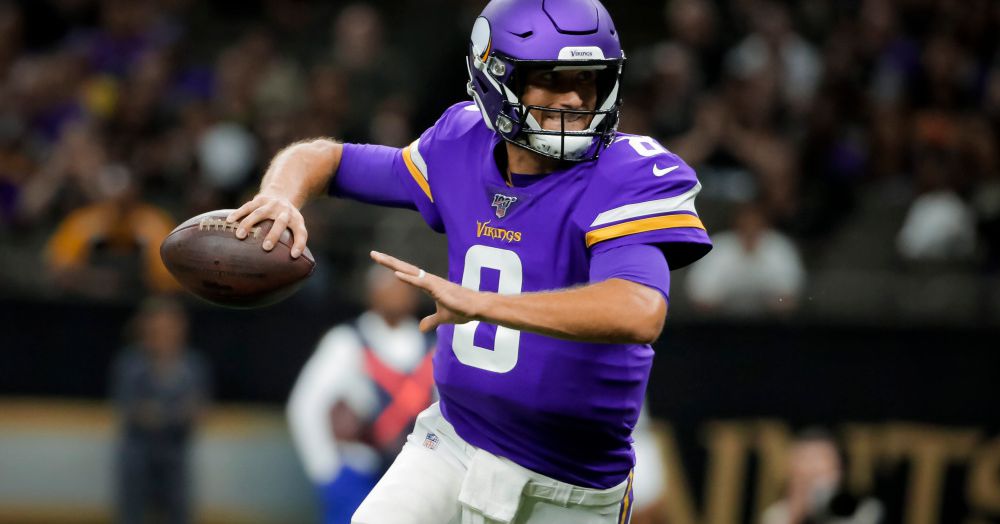 Kirk Cousins Prepping to be a Play-Maker