Cleveland Browns tight end David Njoku reportedly suffered a concussion during the first half of Monday's game against the New York Jets.

Nate Ulrich of the Akron Beacon Journal reported the news, noting he was ruled out for the remainder of the contest.

This is a difficult setback for the Browns considering they selected Njoku with the No. 29 overall pick in the 2017 draft in an effort to add some explosiveness to their offense after a 1-15 season.

Njoku's athleticism makes him a matchup problem for linebackers down the field, and he has the size to outmuscle safeties for fade routes and throws over the middle in the red zone.

He has used that skill set to tally four catches for 37 yards and a score in early action this year.

While Cleveland doesn't have another tight end who can match Njoku's high ceiling, it can turn toward the combination of Demetrius Harris and Pharaoh Brown at the position until its young playmaker is ready to return.

They can help keep the Browns afloat in the short term, but this team needs Njoku healthy and on the field if he is going to continue developing into the game-changing presence they are looking for in the coming years.

Baker Mayfield Says It's Time to Work, Not Talk 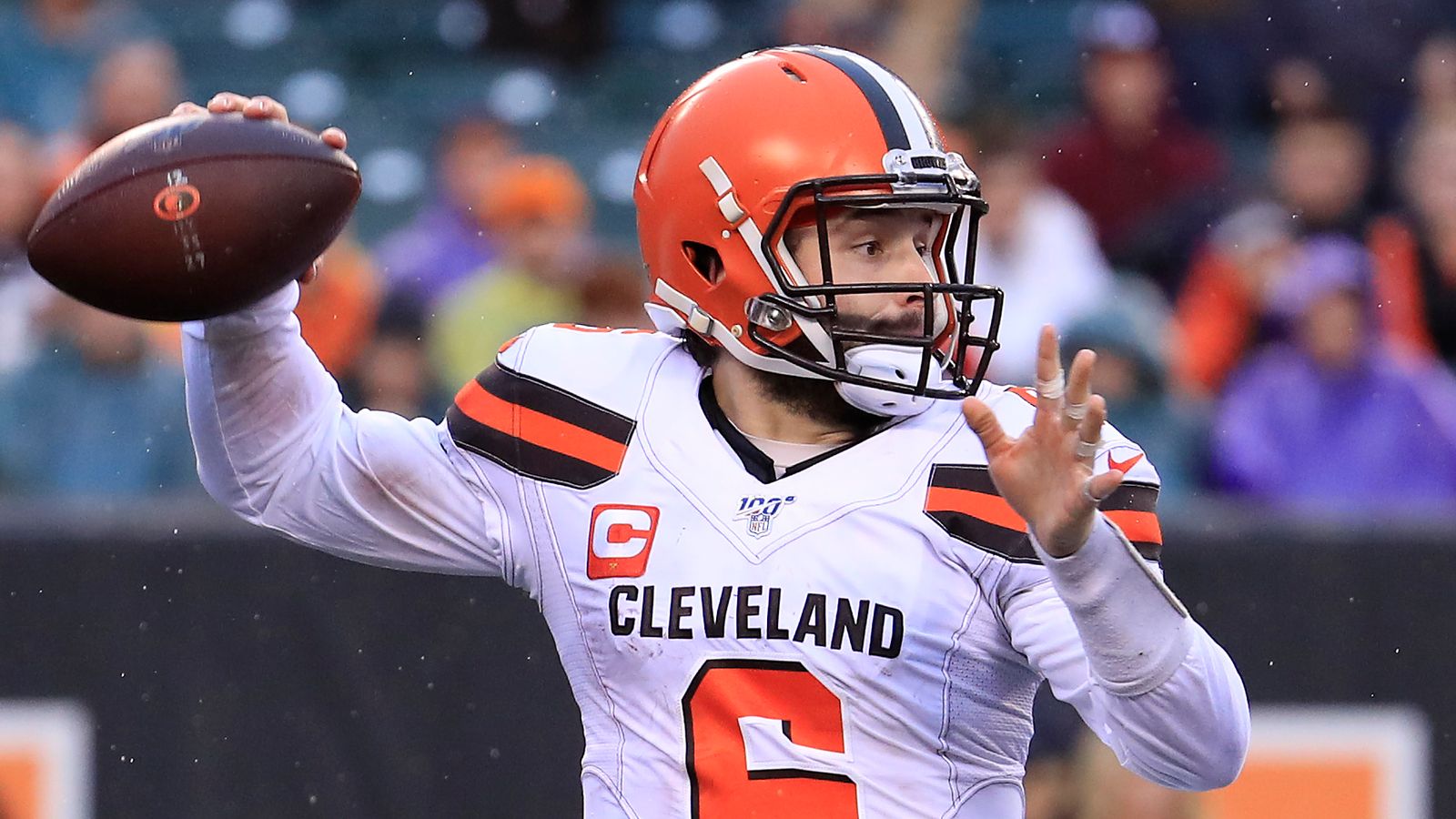 Baker Mayfield Says It's Time to Work, Not Talk