LeBron James addressed the racist vandalism that was spray-painted on the front gate of his Los Angeles home Wednesday, per TMZ Sports.

"Hate in America, especially for African-Americans, is living every day," he said, according to Bleacher Report's Kevin Ding. "Even though it's concealed...it's alive every single day."

"No matter how much money you have, no matter how famous you are ... being black in America is tough," James added, per USA Today's Michael Singer.

Per TMZ, the Los Angeles Police Department was dispatched to James' Los Angeles residence early Wednesday morning when they were alerted to the graffiti.

James has long been outspoken about social inequality in the United States, and he recently discussed racism at length when asked about Baltimore Orioles outfielder Adam Jones being berated with racist taunts at Fenway Park in Boston.

"It’s a delicate situation," James said, according to the New York Daily News' Jake Becker. "Racism, we know, exists. You try not to put yourself in a position, for me as a father, I try to give my kids the blueprint on how life is gonna be. But at the end of the day, I can only tell them so much, and they have to go out and live it themselves. For me, I just try to be respectful, for one, respectful to others, and I feel like if you do that consistently, then I believe the karma will come back to you." 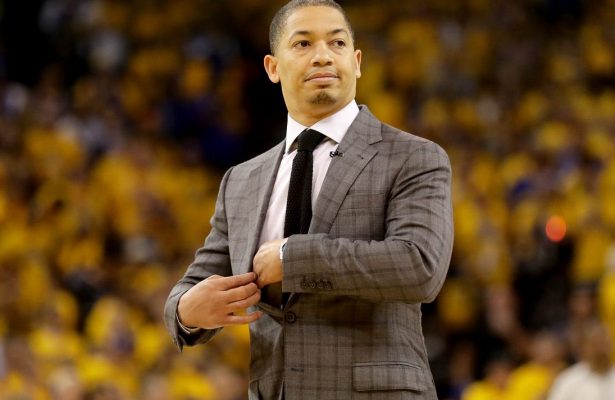