"I want to play the football I feel," Manchester City manager Pep Guardiola said after Saturday’s defeat to Leicester City.

He has issued similar statements all season. After the draw against Everton in October, he was in mock-apologetic mode. "This is who I am," he said. "This is what I believe. I’m sorry."

There he stands. He can't do it any other way.

Which is all fine and noble and laudable. His philosophy has been highly successful, bringing six league titles and two Champions Leagues in seven seasons in management while producing some of the most startling and beautiful football the world has known. If it takes stubbornness, iron will and inflexibility to achieve that, so be it. Great men are rarely easy; vision comes at a cost.

Manchester City are basking in the glow of victory once again 🌝 pic.twitter.com/F6vllReOWh

But none of that can disguise the fact that even after Wednesday’s slightly edgy 2-0 win over Watford, City have won just five of their past 16 games in all competitions, or that they lost 4-2 to Leicester on Saturday—a side that had lost its previous game, to Sunderland, and would lose its next game, to Bournemouth.

But it wasn’t just the defeat; it was the manner of the defeat. Whether it was arrogance, complacency or a terrible misjudgement, playing a high line opened the door for Jamie Vardy in a way it hadn’t been opened for about a year. Leicester, it seemed, had finally found themselves up against a side that had underestimated them again.

All of that is self-evident. City played high, took a strange and seemingly needless risk and were punished. Aleksandar Kolarov and Bacary Sagna looked uncomfortable in their roles. It wasn’t clear what Pablo Zabaleta had been asked to do in his roving right-back-cum-holding midfielder duties.

Goalkeeper Claudio Bravo again looked suspect—not only for the second goal, when he got his hand to Andy King’s shot but couldn’t keep it out, but also for the fourth, when he almost ushered Vardy past him. All judgements in football are partly subjective, but most of that is hard to deny.

But it’s not as simple as that. Guardiola is an ideologue, and as such, he has believers and sceptics. There is a trend in football that sees debates turn into meta-arguments. It used always to be the case with England games; no performance could ever be discussed without coming across those who believe the Three Lions are hopelessly doomed in perpetuity and refuse to see anything other than that narrative, or the (increasingly rare) opposite, the wild optimists who curse anybody who talks England down.

But that mentality has crept into club football. Tweet a link to an article about Lionel Messi, and you can guarantee a flood of responses about Cristiano Ronaldo, even if he isn’t mentioned in the piece. In the same way, everything about Guardiola is also somehow about Jose Mourinho.

And with the Catalan, it goes beyond even that dichotomy.

It turns out everything he says and does, or everything that is said about him, is also about English football—and just as there are those in awe of him, there are those who want to dismiss his ideas and continental sophistication as nothing more than the emperor’s new clothes and assert the primacy of the English game. There is misunderstanding and misinformation on both sides.

Take, for instance, Guardiola’s comment about tackling after the Leicester game. "I am not a coach for the tackles," he said. "I don't train the tackles. What I want is to try to play [well] and score goals and arrive more, so what's tackles?" It’s hard to imagine a sentiment more likely to rile the British football man.

As a contrast, note the love of tackling Steven Gerrard expressed in his autobiography, Gerrard: My Autobiography: "I was put on this earth to steam into tackles. For most professionals, tackling is a technique. For me, it's an adrenaline rush. ... The sight of the other team with the ball makes me sick. ... I have to claim it back. It's my ball, and I'm going for it. Tackling is a collision that sorts out the cowards from the brave."

The battle lines seem drawn: the love of physical contact of the English game on the one side, and the disapproving sophistication on the other. Except tackles don’t seem a particularly good measure of anything, certainly not of nebulous concepts such as how British your style of play is.

Stats from WhoScored.com may show City make the sixth-fewest tackles per game of any side in the Premier League, but they make more than such traditionally British teams as Burnley and Sunderland. Beside which, they have more possession than anybody else, so it makes sense they make fewer tackles.

The trait was there even before Guardiola arrived. Suggest, as many did, that this was the toughest challenge of his career to date, and the response fell broadly into two categories: those claiming Guardiola is a fraud who was successful only because he took over two high-class sides, and those insistent that it was somehow disrespectful to suggest the nature of English football made the City job tougher than what he had previously experienced.

Any sense of moderation seems to have been lost. Perhaps that’s natural in a culture that demands a manager be sacked every time there is the slightest sense of a downturn rather than allowing them to learn from his mistakes and rebuild, but it seems weirdly senseless. Is it so outlandish to suggest that a manager can be due credit for the way in which he has deployed great players or that a great boss can make the odd mistake?

Nobody is suggesting Guardiola should be sacked. The modern City was seemingly established with the aim of installing him on the manager's throne. More than almost any other manager, he will be given time—as he should be. But that doesn’t alter the fact that the last month exposed significant friction in the interface between Guardiola’s philosophy and the players available and between his philosophy and the environment of English football.

Watching him adapt to the challenge—as he had to adapt in Germany—will be fascinating, but the danger is that the ideological nature of the debate ends up reifying it and that in defending his position he becomes inflexible. In Pep Guardiola: The Evolution, Marti Perarnau describes the City boss as a chameleon.

That might be stretching it a little, but he did adapt in Germany—and at a similar stage at Bayern, similar questions were being asked. A similar flexibility, perhaps, would be beneficial here. 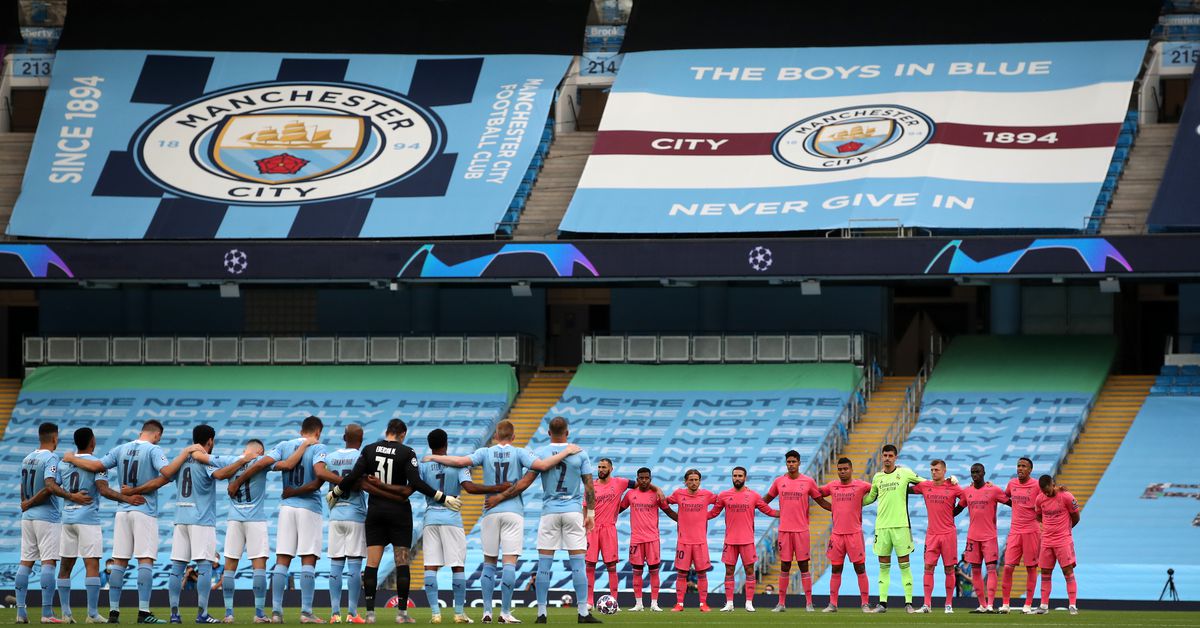