The Oklahoma City Thunder didn't trade Serge Ibaka, as first reported by Adrian Wojnarowski of The Vertical, in preparation for the nuclear fallout of Kevin Durant's exit in free agency.

We know that for a couple of reasons.

First, reports immediately following the deal's draft-day announcement told us so. Here's Anthony Slater of the Oklahoman and Royce Young of ESPN.com on the Durant-free reasoning:

Kevin Durant has not indicated any type of lean toward the Thunder, leaving or staying. Ibaka trade was made independent of that, I'm told.

One thing to be sure of: The Thunder aren't making this move to brace for KD leaving. They're making it to try and improve the team.

Now, if you're the Thunder, those are precisely the kinds of sentiments you'd leak to keep the panic to a minimum. Think back to last season, when the Portland Trail Blazers jettisoned starters left and right but wouldn't acknowledge it was because they knew LaMarcus Aldridge was on his way out.

Fortunately for OKC fans hoping Durant sticks around (which is all of them), there's also a ton of objective logic that suggests the Ibaka move will improve the team's sales pitch to its best player: This deal might make the Thunder a bit better in the short term—and a lot better down the line.

Ibaka was unhappy in Oklahoma City and groused about his role throughout the season, per Slater:

Serge Ibaka grumbled about shots this year and had grown tired of reduced role. High chance he walked after next season. Still: Surprising.

With Durant and Westbrook around, Ibaka's position in the pecking order was never going to change. And with his unrestricted free agency coming after the 2016-17 season, the Thunder faced the possibility of losing him for nothing.

The James Harden trade taught us the Thunder aren't an organization that waits for trouble to arise before dealing with it. They get out in front of things, and that was clearly the thinking with this deal. Rather than wait a year for Ibaka's dissatisfaction to fester, they moved him proactively.

If all it does is avoid a zero-leverage proposition of negotiating with an unrestricted free agent who wants no part of a third-wheel role, it's still a smart move. Whatever you think of Victor Oladipo, Ersan Ilyasova or Domantas Sabonis, you'll surely grant they're better than an empty roster spot Ibaka would've left behind. If it also has a positive effect on team chemistry, even better.

Additionally, Ibaka was already on the decline at 26.

He posted the lowest block and rebound rates of his career last season, his three-point shooting dipped after a couple of years of progress and, in what was probably the most bothersome issue (for Ibaka), his usage rate hit its lowest point since the 2011-12 season. He was becoming a smaller, less effective, less valuable part of the Thunder's plans.

And the trend showed few signs of reversing.

Oklahoma City saw Steven Adams break out in the playoffs. At 22, Adams could still improve significantly, and yet he might already be one of the 10 best centers in the league.

Throw in Enes Kanter as a potent frontcourt weapon against the right matchups, Sabonis' upside, Ilyasova's floor-stretching stroke (if OKC doesn't cut him) and, most critically, Durant's dominance as a small-ball 4, and Ibaka seemed expendable—because he was.

Getting Oladipo to replace Dion Waiters (whom the Thunder will now likely let walk in free agency) bolstered a position of weakness at the expense of a player, Ibaka, who was suddenly superfluous. Plus, Oladipo's athleticism will supercharge an already turbo-injected roster.

Now, this all changes if the version of Ibaka who shows up in Orlando looks like the guy who swatted everything in sight three years ago. Oklahoma City may not have made this deal if it believed 2013 Ibaka was coming back, but the Magic's decision to do it suggests they have a little more faith in a renaissance.

It wouldn't be the first time a change of scenery rejuvenated a disgruntled talent.

Ibaka should work nicely beside Nikola Vucevic, who needs defensive help. And it's intriguing to imagine Ibaka and Aaron Gordon slotting in at center and power forward in some very stretchy, speedy units. Let's also consider what Magic head coach Frank Vogel can do with a solid rim-protector (assuming Ibaka is still one of those), per Jared Wade of FanSided.com:

Vogel is ecstatic. Lika whoa. Remember what he did with Roy Hibbert? This gonna be muuuuuch easier. https://t.co/Le4RdzbRbP

So yes, we spent plenty of space talking about Ibaka's declining value. But that's different than saying he doesn't have any at all. He should fit well with the Magic, who, frankly, need him much more than the Thunder did.

The Orlando side is a digression, though. The only big-picture angle that resonates is the impact Ibaka's departure has on Durant's likelihood of staying.

It's entirely possible KD wanted the whole band back together—Ibaka included—to make another run at a title. If that's the case, OKC might have made a mistake.

Failing that, and considering the overall shrewdness of moving an unhappy player nearing free agency for three cheap and/or young assets, Durant will see this tweaked roster and have to conclude it looks pretty darn good—now and especially in the near future.

Even if Oklahoma City pulled off this move independent of Durant's impending decision, it will still have an impact on it.

From here, it looks like it'll be a positive one. 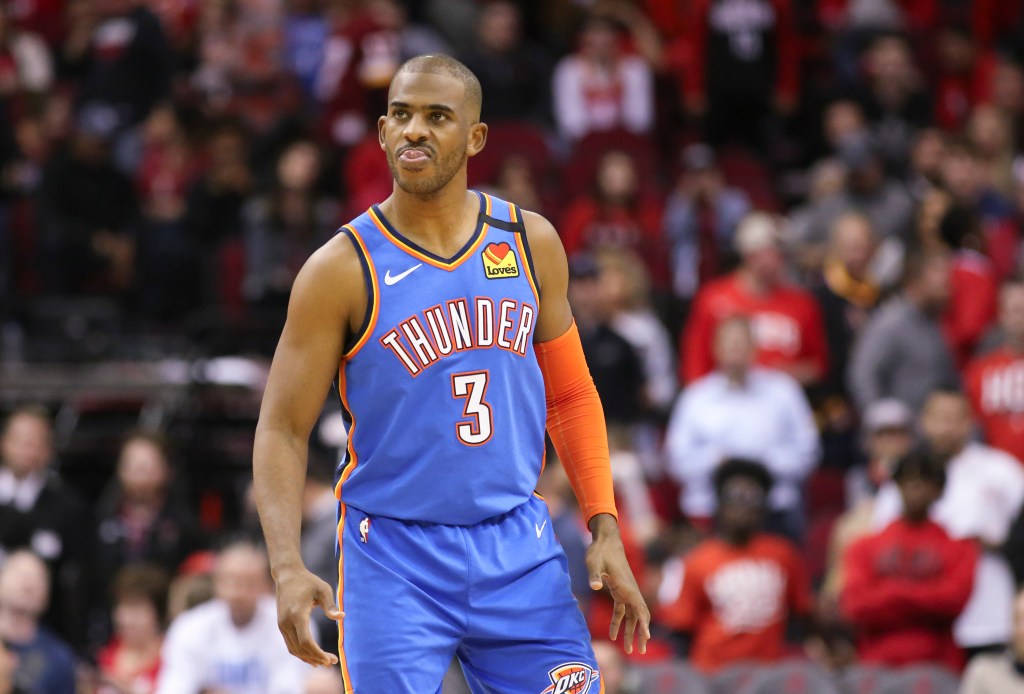