Lost in the sea of subtweets and subtweet responses threatening to undo LeBron James' return to the Cleveland Cavaliers is the fact he and point guard Kyrie Irving enjoy playing together about as much as they like saying what's on their mind.

Coaches around the league are starting to take notice.

In a piece detailing the issues plaguing the Cavaliers, Chris Mannix of The Vertical spoke to multiple coaches and scouts who see a discord between Irving and James. One scout described their chemistry as "basically nonexistent."

Mannix went on to cite team sources who said the relationship between the two is "solid," but James is attempting to coax higher-IQ basketball plays out of his young teammate.

Suffice it to say, this is a problem.

James and Irving, at this point, aren't new teammates. The pair have been on the floor together for more than 100 games and have practiced behind the scenes for untold hours.

By the second year in Miami, James and Dwyane Wade were a well-oiled machine that rampaged through the NBA. The your-turn-my-turn offense that plagued their first season together had been scrapped, with James taking over as the alpha dog. The result was two straight championships and a run of four Finals appearances in as many seasons.

It's clear James and Irving are nowhere near that point.

Making it all the more concerning is the near-constant turmoil the Cavaliers have been in since James' return. David Blatt was never given a chance to be a real coach, with James blatantly undermining him every step of the way until he was fired. Things appeared to be getting better under Tyronn Lue, but the Cavs are rapidly descending with no clear path to a rejuvenation in sight.

Monday's loss to the Memphis Grizzlies was inexcusable. The Cavaliers were at home, well rested and playing a Memphis outfit sitting its three best players due to injury. Tony Allen, who had not scored 20 points in a game since Feb. 15, 2012, lit up the Cavs for 26. 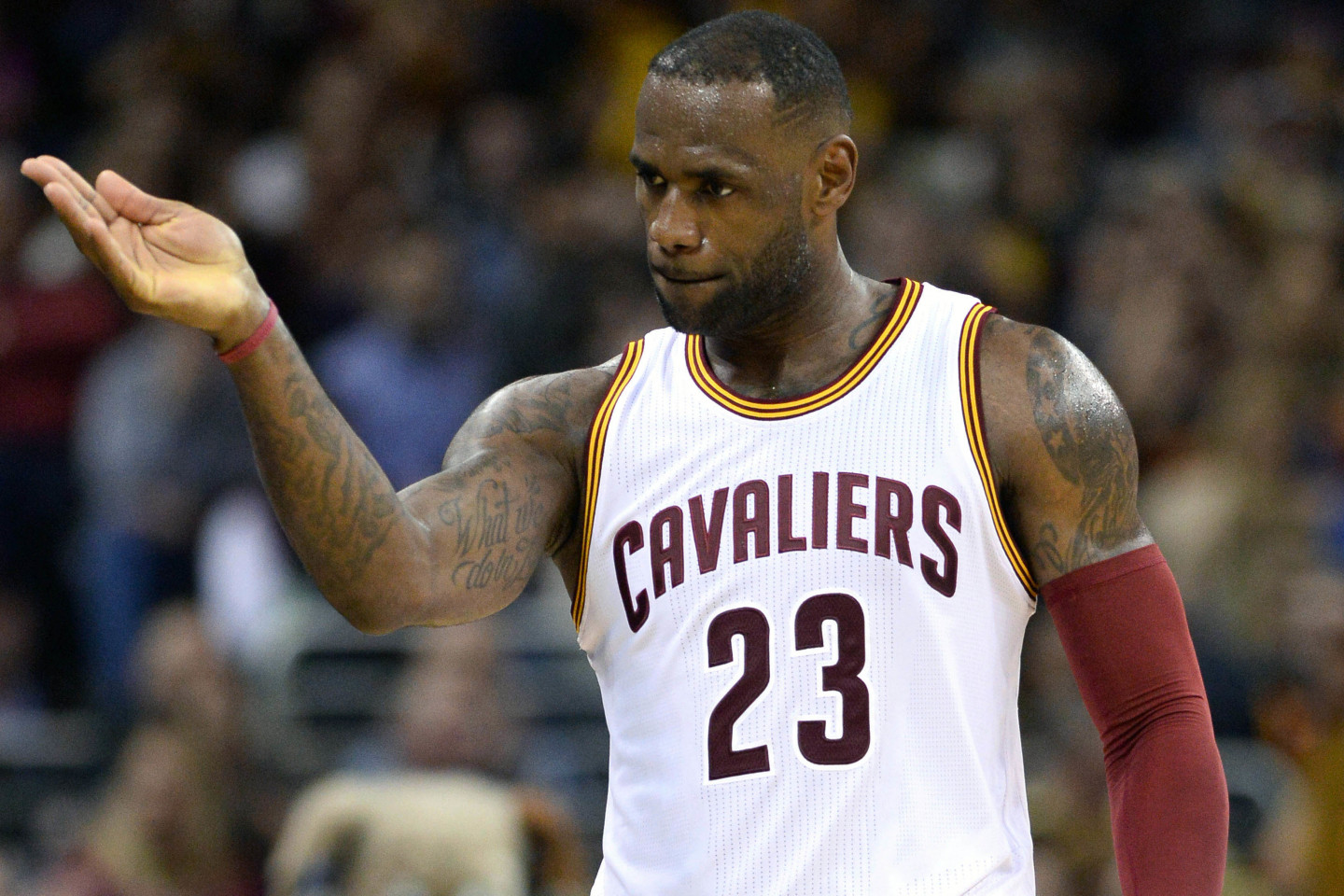 "We just could have done a better job of respecting the game," Love said, per ESPN.com's Dave McMenamin. "A team like that, they were going to come out and swing for the fences, and they did. That was a real bad loss for us. ... Turnovers were terrible. That was what I mean, respecting the game."

Keep in mind this is the same Love who spent his entire first season in Cleveland miserable about his role and relationship with James. It took a poolside powwow over the summer to mend things between the two—and even that hasn't stopped the pointed public comments.

At the very least, James has to recognize the Love-Irving duo is not Wade-Chris Bosh. How much blame ultimately falls on LeBron's leadership style is hard to ascertain. Wade and Bosh had successfully led teams to the playoffs on their own before teaming up with James. Irving and Love were lottery dwellers.

But with the Warriors dominating the league, James' quest to bring a title to #TheLand is looking less likely by the minute.