By now, you’ve likely read dozens of thoughts and hot takes about Aldon Smith’s fifth arrest, DUI and subsequent release from the San Francisco 49ers. There’s no doubt it was the right decision to move on from him. There’s no doubting the team will struggle without him, and that extra pressure will be put on Aaron Lynch, Eli Harold and Corey Lemonier. There’s no doubt Smith needs help, and he hopefully will receive that help.

It’s all ground we’ve covered before. We’ve looked at how Smith’s absence will impact the defense last year when he was suspended. We’ve been covering Smith’s battles with alcohol since he was sent to rehab back in 2013. It's ground we’ve covered and re-covered, and it’s sad to see Smith is losing his battles with his inner demons. It’s all things we’ve talked about before, though.

There is something new that has come out of what looks to be the final chapter in Aldon Smith’s NFL career, however, and it happened in the way the 49ers informed the world they had cut ties with the linebacker.

I’m not talking about owner Jed York or general manager Trent Baalke, both of whom could and should have been on the podium taking questions and handling the media in the aftermath of the situation. Both should have been there, explaining what went wrong, why their trust in Smith had been misplaced and what steps the team would be taking in the future to avoid another situation like this. Both were conspicuous by their absence. That left the handling of the situation solely to new head coach Jim Tomsula.

And Tomsula hit it out of the park.

Many people—myself included—poked fun at Tomsula for his early introductory press conferences, where he sounded unprepared and incoherent. Since then, however, Tomsula has slowly built a reputation as a straight-talking, no-nonsense “regular guy” figure in his pressers. While he’ll never be the most articulate public speaker in the world, he’s come leaps and bounds from where he was at the beginning of his tenure.

In Friday’s press conference, Tomsula spoke powerfully and directly, speaking to the heart of both Aldon’s struggles and people in general struggling with personal demons. It’s worth watching the first few minutes of his conference, but here was the heart of his speech:

I understand the platform that we are on, I understand where this goes in the news. And what I would like to say is, if one person out there reads this, and you're struggling, get help. Go get it. You're worth it. You're worth it. There's value in every human being. Get the help. You don't have to walk alone. Find it, it's there. And although Aldon will not be playing football here, we will be supporting him. He will not be alone.

Those are some very powerful words, and it doesn’t come off as boilerplate coach talk or platitudes. It doesn’t sound inconsistent like the franchise’s insistence on due process back during the Ray McDonald case. It sounds like a man who has put a lot of time and effort as Smith’s position coach trying to help him straighten out his life—as well as a person who has had a lot of struggles and adversity to overcome in his own life. It sounds like it’s coming from a place of honest emotion, rather than a polished public relations standpoint.

In speeches like that, you can see why Tomsula is beloved by his players. Jim Harbaugh, for all his on-field success, came off as abrasive, evasive and cliché-ridden when making public speeches. They were entertaining, but you had to read through tea leaves to find any sort of meaning behind things. In a time like this, Tomsula is speaking from the heart, showing compassion for his players and using his platform to try to help others.

You can see why his players love Tomsula.Michael Zagaris/Getty Images

Maybe I’m an overemotional sap for being so enthralled by Tomsula’s comments, but they hit home for me. It’s a powerful message and one that rings true when you remember Tomsula’s backstory, living in his car and struggling to make ends meet on his way to becoming a football coach. It sounds like the words of someone who’s had personal experience with hard times in his own life, and generally wants to use his position to help people. That’s the kind of above-and-beyond response that gives credit to Tomsula as the teacher figure Jed York was looking for when hiring him as head coach.

In the press conference, Tomsula went on to indicate the decision to cut Smith was made “organizationally” by Jed York and Trent Baalke, and Baalke specifically had come into the facility to speak to Smith that morning.

Where were Baalke or York during the press conferences today? Baalke, especially, had been all-in on singing the praises of Smith this offseason. Just three days ago, Baalke was quoted by the AP as saying he was:

“Really pleased with the way [Smith’s] handled things, the way he's working both personally and professionally. I think he's doing an outstanding job. He's always been a great teammate. He's always had an excellent work ethic…Aldon's like any young player, he's growing up, he's maturing.”

No one’s saying Baalke should have been able to foresee Smith’s fifth arrest in his time with the 49ers or that Smith hadn’t shown signs of maturing while working with the team. However, when you’ve just made that sort of quote singing the praises and maturity of someone who, less than a week later, has become such a liability that he needs to be cut from your football team, it deserves a response.

Tomsula was specific that Baalke had come into the facility to talk to Smith. He needed to address the media, even in just a prepared statement, and give his side of the story. Was his praise of Smith blinded by wishful thinking? Were they any signs that, in retrospect, he should have recognized? How does he feel that Smith betrayed the trust he put in him, and did he feel it was misplaced?

York, he of the “winning with class” statement last year, also would have been nice to hear from.  Everything on the team bottom lines with York. He made it very clear in his post-Harbaugh firing press conference he was taking responsibility for the team and its behavior:

“I talked about winning with class. I said, ‘you guys are responsible for how you act outside of this building. Don't get cut because of something you do off the field. You're the one's that control that.' And that needs to come directly from me. And when that slips you see level of accountability slip and that's not acceptable. If you want to blast me for something, by all means blast me for that.”

It would have been nice to hear from either of the organizational key men who made the ultimate decision to cut Smith after giving him chance after chance after chance. Instead, we had Tomsula’s press conference and a two-paragraph press release announcing the move.

Obviously, the headline from all this mess is the collapse of Smith’s career, with the secondary headline being how the 49ers will replace him on the field. No amount of press conferences or after-the-fact spin should block any of that out.

The silver lining for 49ers fans is how Tomsula took this difficult situation and handled it remarkably well, without direct support from the more experienced, more established members of the organization who were also tasked with making the decision to cut Smith. This is still a fresh situation, and perhaps we’ll hear from Baalke and York in the next few days. On the day of, however, Tomsula shone, and the others were nowhere to be seen.

Bryan Knowles is a featured columnist for Bleacher Report, covering the San Francisco 49ers.  Follow him @BryKno on twitter. 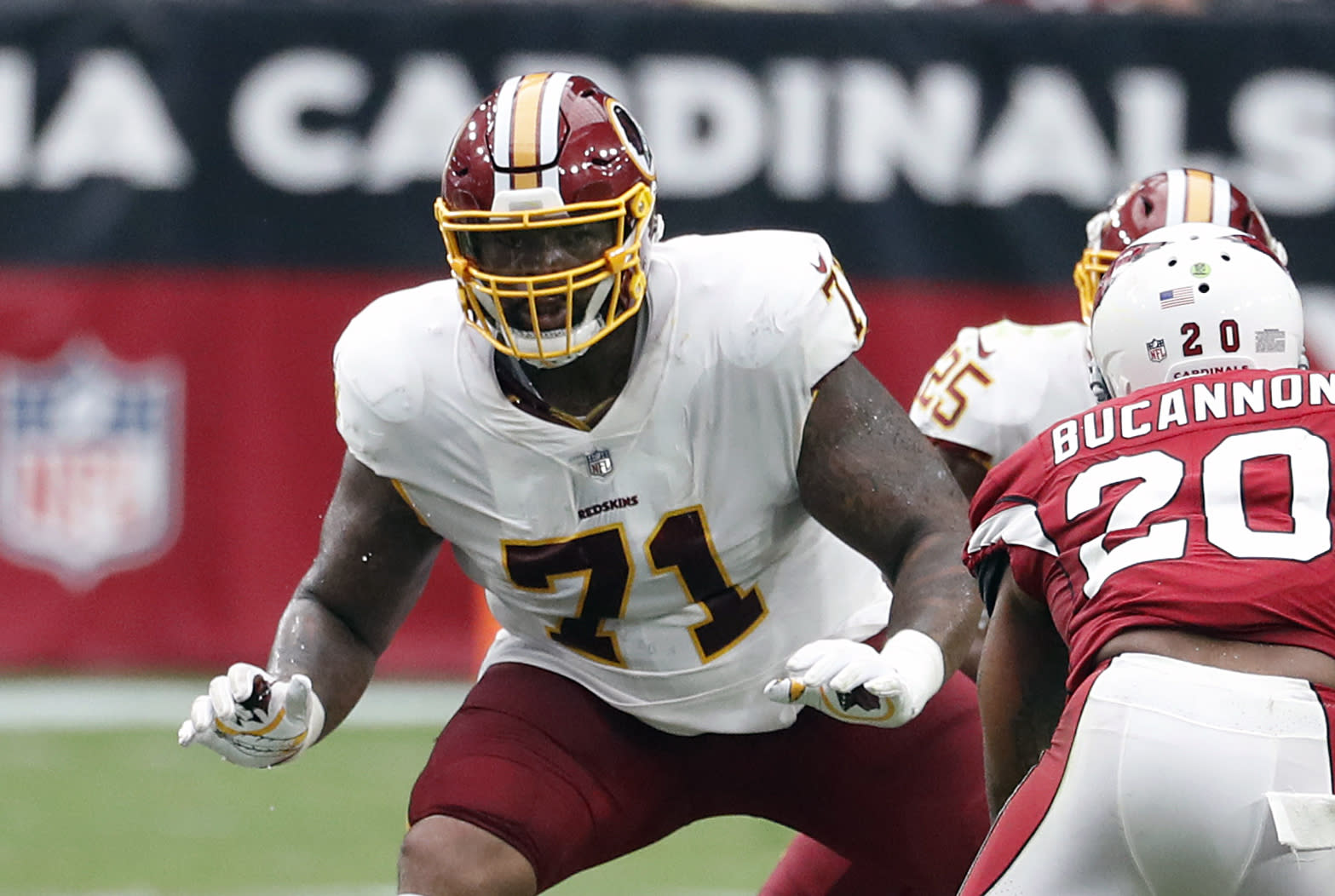