With the Minnesota Timberwolves and Sacramento Kings both buried at the bottom of the Western Conference standings, there generally wouldn't be much of anything newsworthy in an April meeting between the teams.

That wasn't the case on Tuesday night, however, as Sim Bhullar became the first player of Indian descent to appear in an NBA game, as Bleacher Report noted on Twitter:

Kings’ Sim Bhullar makes history as the first player of Indian descent to play in an NBA game! #history http://t.co/9mSeATOA5N

Bhullar, who was also the first player of Indian descent to sign with an NBA team, joined the Kings last week on a 10-day contract. He played his college ball at New Mexico State, went undrafted and spent this past season playing for the NBA Development League's Reno Bighorns, where he averaged 10.3 points, 8.8 rebounds and 3.9 blocks.

The NBA released a video of Bhullar's first few days in the league:

Unfortunately, the big man didn't have an opportunity to impact the game, as he subbed in with under 20 seconds to play.

"I told him to enjoy the ride," his teammate, Omri Casspi, said, per ESPN.com. "You got 2 billion Indians looking up to you. Be the best role model you can be and have fun with it."

Casspi was the first Israeli-born player in the NBA, so he certainly had a unique perspective on the moment.

While it remains to be seen if Bhullar will stick with the team beyond this season—at 7'5", the team would probably love for him to pan out at center—he'll always have a slice of NBA history to look back on. He'll also likely become a hero to Indians around the globe.

Still a young player, however, Bhullar probably won't be satisfied with appearing for a few seconds at the end of a meaningless game and will look to carve out a more substantial role with an NBA team next season. 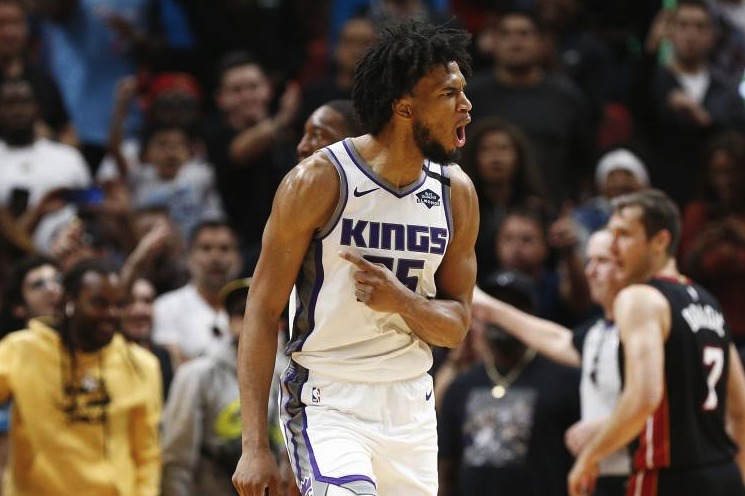