Les Miles and the LSU Tigers have some major retooling to do over the offseason, as the team is still trying to recover from the losses of former players Odell Beckham Jr., Jeremy Hill, Jarvis Landry, Ego Ferguson and more. Luckily, things are starting to head in the right direction.

According to the 247Sports team rankings, LSU currently holds strong at No. 6 overall heading into national signing day. Earning commitments from the likes of 5-star cornerback Kevin Toliver II, wide receiver Tyron Johnson and running back Donte Jackson will go a long way for the Tigers; however, they're not done yet.

LSU still has a few uncommitted targets remaining heading into national signing day, and the team has a chance to finish with one of the year's best recruiting classes if these prospects elect to don the purple and gold.

Here's a look at the Tigers' current recruiting haul, followed by predictions for their targets' ultimate decisions.

One of the most coveted remaining targets of the Tigers, Charlot has plenty to offer at the wide receiver position. He possesses good size and length at 6'0" and 193 pounds, and his speed—his 40-yard dash was clocked at 4.35 seconds, via Hudl.com—makes him a legitimate vertical threat.

He has all of the makings of a game-changing wide receiver.

Currently, Charlot is torn between Alabama and LSU. The receiver decommitted from Alabama in 2014; however, the team's coaching staff continued to pursue the receiver thereafter.

Charlot hasn't given any indication as to which way he's leaning, but an interesting report from James Smith of The Times-Picayune sheds some light on the matter:

Charlot was disappointed that it took LSU longer than other programs to offer him and the Tigers have been battling the sour taste in his mouth throughout the whole process. LSU wide receiver coach Adam Henry has kept things interesting by making leaving Louisiana a difficult decision for Charlot. He was supposed to take an official visit to Miami this past weekend, but cancelled the visit after Alabama took a firm stance about his impending travel plans.

So, not only was Charlot upset that it took LSU quite some time to generate an offer, but the receiver also apparently canceled his trip to Miami after Alabama expressed displeasure over the visit. Unfortunately for LSU, all signs point to Charlot signing with the Crimson Tide.

LSU is known for its great defense, and acquiring the services of Lewis will play a big part in keeping that trend alive. The 6'3", 225-pound linebacker has nice strength, and his frame appears able to support additional weight he'll need to pack on to play on the inside.

Not only is he strong, but he's highly athletic, plays with a huge motor and doesn't shy away from contact, routinely making big hits.

This 4-star recruit hasn't given any indication as to which school he's leaning toward, and his decision on national signing day will be between LSU and Mississippi State.

A Mississippi native, Lewis may opt to remain in-state with the Bulldogs; however, the Tigers have been putting forth a very strong recruiting effort, and it appears to be paying off.

Lewis recently decommitted from Ole Miss and officially removed the Rebels from his final list shortly after his visit with LSU, according to a report from Smith.

That bit of information alludes to a great visit with the Tigers, possibly making them the new front-runners. JC Shurburtt of 247Sports appears to be one of the many analysts to feel the same:

Final #CrystalBall pick for Leo Lewis is in #LSU http://t.co/qNy5n7oAeP

LSU was probably the underdog coming into this, as it's generally difficult to sway a prospect away from an in-state school, but the Tigers look like they'll get this one done.

One of the Tigers' biggest targets, the 6'4", 295-pound Weathersby is a mauler in the trenches, boasting a combination of great size and strength.

Not much of a finesse player, Weathersby has the power to drive defenders back on their heels or simply toss them out of the way. He's still a bit raw, but his upside is immense.

Here's some impressive statistics from Weathersby's senior season, via Richard Davenport of the Arkansas Democrat-Gazette:

On Wednesday, the tackle will make his decision between LSU, Arkansas and Ole Miss. Weathersby was committed to Texas but changed his mind in mid-December. The Tigers jumped at the opportunity to corral the tackle's services, bringing him in for an official visit on Jan. 23 and continuing to pursue him thereafter.

Weathersby's visit to LSU came a week after his trip to Arkansas, giving the Tigers a better chance of leaving a lasting impression. Call it a hunch, but this tackle finds his way to Baton Rouge. 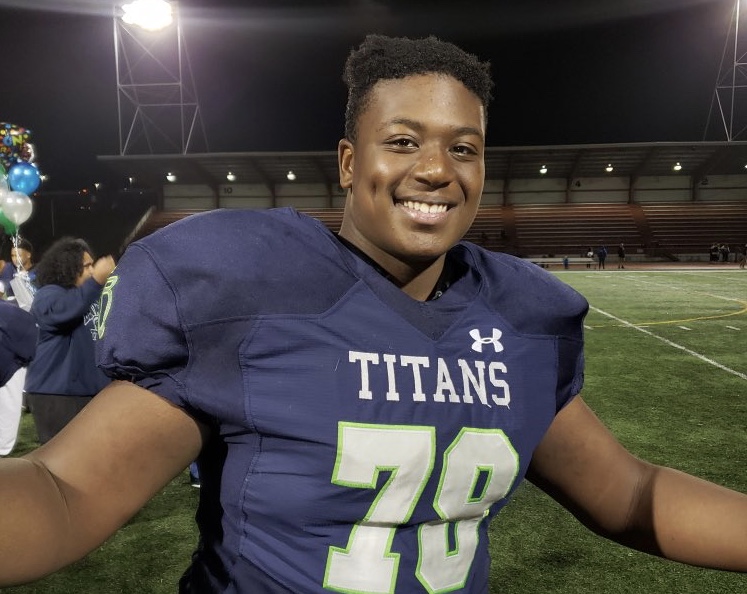