The Merseyside club needed a win to progress into the knockout stages of the Champions League on Tuesday night, but they fell short with a 1-1 draw. Rodgers' side offered little tempo or ambition in the first half and only burst into life once Steven Gerrard's brilliant free-kick levelled the game late on.

Lazar Markovic had already been sent off by this point, leaving Liverpool too much to do as the final stand approached. Evans believes Rodgers was "too tactical" and needed to take a simpler approach, as he said on the Alan Brazil Sports Breakfast show on talkSPORT:

The way we approached the game was a bit negative for me. We started the game—a game we needed to win—with a really low tempo. We didn’t put them under pressure and I’m thinking, ‘go for them’.

If you need to win, why not put them under pressure from the word go? We waited until we were down to 10 men with 20 minutes to go and then we throw everything at them. We nearly got there but why not do it from the start? That’s the only gripe I’ve got.

Evans also acknowledged Rodgers' ability to "over think the whole thing." The manager was certainly responsible for taking a number of questionable decisions which dented the likelihood of Liverpool winning the tie.

For example, playing two holding midfielders invited pressure on the team. Basel were happy to sprint beyond Lucas Leiva and Joe Allen, a duo who are more capable of preserving a lead than establishing one. They suffocated each other's position—even running into one another—leaving Liverpool's midfield narrow and easily bypassed.

Gerrard was unable to maintain possession behind the static Rickie Lambert, who was afforded little service due to Raheem Sterling playing on the right and Jordan Henderson's odd appearance on the left.

Sterling is far more comfortable on the opposite flank or playing through the centre, while Henderson has never showcased the intricate technical ability to act as a bombing winger. He was left constantly exposed and ineffective.

Liverpool would have started on the front foot with Gerrard and Henderson playing centrally. Sterling could have taken up his normal position, while Adam Lallana or Philippe Coutinho would have aided the side's quest for possession without sacrificing incision in a floating role from the right.

Thompson was among those to question Rodgers' use of his squad, as reported by Sky Sports' Soccer Special show:

It’s very difficult to see why Markovic came on when you’ve seen Lallana playing in most of the games. Coutinho, you would think, has a lot more to open up this defence. So I thought that was very, very strange. You just wonder how and why they weren’t playing.

I’d like to see certain players like Adam Lallana given a run. He’s been the one that you could say has done very, very well. But he’s in for one match, he’s man of the match, then he’s out for two games. You think, ‘what’s going on on the training ground?

B/R UK's Ben Blackmore believes Rodgers left it too long to bring Coutinho into the match:

Brendan Rodgers totally brought that on himself. A plethora of bad decisions all night long. Coutinho for 20mins? Laughable

It certainly wasn't surprising to see the team's overall performance lifted after the Brazilian entered. Rodgers' poor selection was also highlighted when Henderson came close with two chances from central positions as the match drew to a disappointing end.

Rodgers certainly has a difficult road ahead. Victory over Manchester United on Sunday would lift pressure for the time being, but Liverpool need a consistent run of wins to ensure they remain in the mix for a top-four position.

The club could be nine points adrift of the final Champions League spot by the end of their Old Trafford trip. Further questions will likely be asked of Rodgers if this happens, as the feelgood factor of last season has now vanished. 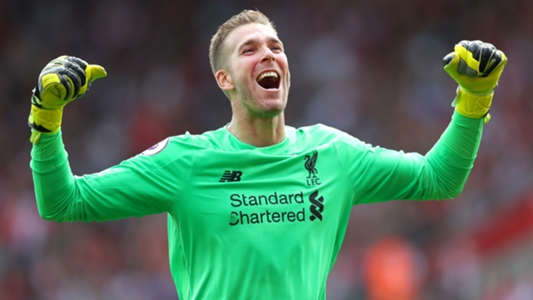