The Los Angeles Clippers' 5-4 start has been clean only superficially.

For a team deemed a championship contender coming into the season, it's boasting plenty of flaws, from wing defense, shooting and small forward depth to offensive stagnancy. Even though we're just eight games into the year, these appear to be sustainable issues without a clear fix on the current roster.

After Monday evening's 105-89 home loss to a short-handed Chicago Bulls squad that was missing Derrick Rose and Pau Gasol, it's time we awkwardly peer over at the man responsible for building this roster: Doc Rivers.

There are two people to evaluate when looking at Rivers, two guys who are professionally different even if they do share the same body: Doc the Coach and Doc the Exec.

Doc the Coach has a resume which speaks for itself: a championship, two Finals appearances and a .564 career winning percentage along with universal respect around the league to complement his ultra-likable personality. But Doc the Exec—that guy has a different set of credentials.

Even if you ignore last year's mostly ineffective midseason veteran signings of Hedo Turkoglu, Glen Davis, Stephen Jackson and Danny Granger, there's more to criticize. Since becoming an immediate part of the Clippers front office upon Doc the Coach's hiring, Doc the Exec's process has let the organization down. And now, Rivers essentially runs the franchise.

After taking over as vice president of basketball operations in 2013 and moving up to president of basketball ops this past summer, he's the final voice on personnel decisions. He's the loudest one in the locker room. Now, he has as much power within his own organization as any other person in the NBA. But can a coach double as a de facto general manager and find success?

That's the Rivers-related question we keep hearing asked over and over and over again, and there is clear merit to it, even if the true answer is something along the lines of, "It depends on who you're talking about."

Gregg Popovich has doubled as coach and front-office worker for two decades with the San Antonio Spurs, and he seems to be doing just fine, as do the rings wrapped around five of his fingers. But brilliant coaching hardly guarantees genius general managing—even if Doc is not technically the general manager (that title belongs to Dave Wohl).

Even the greatly respected Stan Van Gundy, hired as Detroit Pistons coach and president of basketball operations before this season, made some questionable roster decisions this summer and has thrown out odd lineups during his first 11 games at his new job.

A system may work as a coach, but a de facto GM needs to take a different mindset. In that aspect, Doc the Exec's process has often disregarded logic.

His 2013 first-round pick, Reggie Bullock, hasn't shown the ability to perform consistently, already racking up five DNPs in his second season and never playing more than 18 minutes in a single contest.

After an absentee rookie year from Bullock, the Clippers turned around and selected a replica, C.J. Wilcox, an older rookie who, like Bullock, "could fit the three-and-D mold," as an optimist might say.

Wilcox, though, was never going to play over Bullock, let alone Jamal Crawford, J.J. Redick or Matt Barnes. With the Clippers' inevitable woes defending the perimeter, passing on Clemson's K.J. McDaniels, an athletic freak who is already a block machine and well-above-average perimeter defender, enabled a collective shrug from those most closely following the Clippers.

Now, the Clips, who don't have a first-rounder in 2015, find themselves stuck with back-to-back first-rounders who have yet to contribute (Wilcox hasn't gotten into a game). Still, it's not just in the draft where Doc the Exec has struggled.

It's about his process, one inadequate move leading to another.

Signing Spencer Hawes back in July wasn't an inherently poor decision. The Clips' biggest problem last year was the lack of a third big man. In that sense, Hawes turned a flaw into a strength. But again, these moves aren't in a vacuum. It's the chain reaction each one elicits.

Since Hawes signed for the non-taxpayer mid-level exception, his deal hard-capped the Clippers, preventing them from making other improvements to a roster that needed them. (You can learn the details of how the hard cap works at Larry Coon's CBA FAQ.)

Not to harp on Doc's first major move as an exec, something that happened more than a year ago, but the disaster of the Eric Bledsoe trade (which sent away Bledsoe, Caron Butler's $8 million expiring contract and a future second-rounder for J.J. Redick and Jared Dudley) is still hurting the Clippers today, and not because Bled has become one of the league's feistiest combo guards, a development any Clips fan could've guaranteed you was inevitable over the past three years.

In reality, this deal isn't in the past, because it set off a series of transactions still reverberating within the organization.

The Clippers had to attach a 2017 first-round pick just to unload Dudley's contract this summer after the former Phoenix Sun had an underwhelming sole season in L.A. And what did they get back for him? Carlos Delfino and Miroslav Raduljica, whom they promptly released.

Yes, for a first-round pick that is only top-14 protected from 2017 through 2019, the Clippers received menial cap space, room they needed because giving Hawes the MLE imposed a hard cap on their roster.

Each move relates to the next.

They used the space to sign Ekpe Udoh, Turkoglu and Chris Douglas-Roberts, the three of whom are yet to make an impact, combining to play 76 total minutes during the Clippers' first nine games.

It's all connected. Each one of these individual transactions isn't particularly poor, but it's forced a worse one to occur in the future.

Eventually, Rivers will probably make a compensatory move related to giving away the 2017 first-rounder to Milwaukee, and he'll have to compromise another part of the team to do it.

Redick has been a solid addition (though you could argue the Clips probably could've acquired him in a direct sign-and-trade with Milwaukee without having to give up Bledsoe), but dealing for him in the fashion the Clippers did spurred Dudley's dud season.

The Hawes signing forced the Clips to find cap room somewhere else, eventually pinning Dudley as the dead weight. Such a trade pushed out a first-round pick, after Doc the Exec, who doesn't have a first-rounder in 2015, had already potentially wasted two previous ones.

We could be in the midst of a stretch (2013 through 2017) where the Clippers don't get production out of a first-round pick in four out of five years.

You can look at every Doc the Exec move and point back to another one that caused it to happen. It's all interconnected, one bad decision after another. And Doc the Coach can't be happy with what his counterpart has given him.

Seeming as paternal and Joe Torre-like as they come, Rivers knows all parents have mottos they force into their kids' brains, hoping at least one—or if they're lucky, a few—will stick. My father's main saying was, "Consider the consequences of your actions."

I blame him for my constant state of paranoia. But maybe Doc the Exec could've benefited from my dad incepting him at a young age.

Before the Clips played Phoenix on Saturday, Rivers commented on the Suns' offseason signing of Isaiah Thomas, giving them three legitimate point guards on the roster (four if you include 2014 first-round pick Tyler Ennis).

"I didn't know what the hell they were doing," Rivers said in a pregame press conference, per Clippers writer Jovan Buha. "But it really works."

Except the Suns did exactly what they've been doing ever since Ryan McDonough took over as general manager a little more than a year ago; they were indiscriminately compiling team-friendly contracts, because even if they don't always fit, team-friendly deals almost always have value.

McDonough has an intimate understanding of how each transaction corresponds to ones in the future. That's why you see Phoenix stockpiling picks, taking on low-wage contracts and developing athletes with upside.

Clearly, the Suns are in a different position than today's Clippers, who should be ready to contend right now, but Doc the Exec's comments were unfortunate to hear.

Every front-office decision has some correlation to the next. For now, the consequences of the Clippers' actions are holding back their present and future.

Fred Katz averaged almost one point per game in fifth grade but maintains that his per-36-minute numbers were astonishing. Find more of his work at WashingtonPost.com or on ESPN's TrueHoop Network at ClipperBlog.com. Follow him on Twitter at @FredKatz.

Unless otherwise noted, all statistics are current as of Nov. 18 and are courtesy of Basketball-Reference and NBA.com. 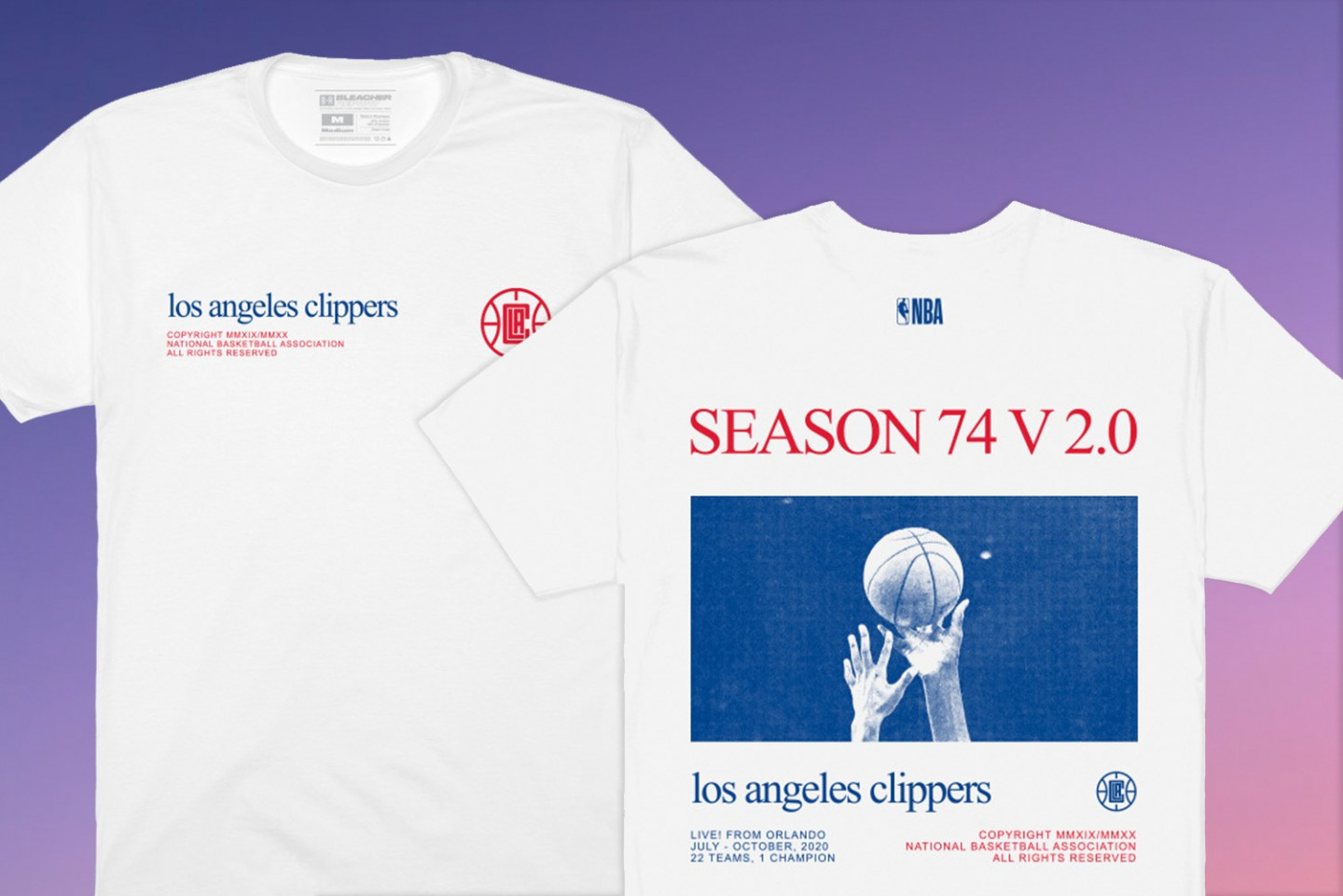