For the last 41 years, Sir Bobby Charlton has held the record as Manchester United’s all-time leading goalscorer with a total of 249 goals.

On the international stage, he also holds the record for the most goals scored for England with 49, which has stood for even longer at 44 years.

Gary Lineker came within one goal of equalling Charlton’s record in 1992, and he even missed a penalty against Brazil to draw level with him before having to settle on 48 goals.

Six years ago I interviewed Charlton about these records and asked how much it mattered to him to remain just ahead of Lineker:

“I wasn’t really bothered, until he missed. And then I thought it was rather nice that I could still say I had scored more goals for England than anyone else. To be honest, it surprised me that I wasn’t satisfied to just let him have the record.”

Players can attempt to act nonchalant about these records, but Charlton’s honesty was welcome because they also help cement their legacies in the game.

During the course of the next two seasons, it is highly likely Wayne Rooney, who currently has 219 goals for United, and 41 goals for England, will overtake Charlton for both club and country.

And so it seems unfortunate that Rooney is still subjected to such sneering and lukewarm affection in some quarters of Old Trafford and throughout England.

Witness the clamour to damn him following his admittedly stupid red card for kicking out at Stewart Downing in United’s 2-1 win against West Ham at Old Trafford this weekend.

Before he had even reached the tunnel on Saturday, social media exploded to dismiss him as unfit to captain United or even retain his position in the side.

Amid the rush to condemn Rooney, some perspective is sorely needed.

The most successful captain in Manchester United’s history, Roy Keane, managed to pick up 11 red cards during his 12 years at Old Trafford.

By comparison Rooney’s red card on Saturday against West Ham was his first for United for five years and only his fourth in a decade at Old Trafford.

Three red cards in his first five years at United and just one in the following five years reveals a player who has successfully dealt with his worst recklessness.

Even Saturday’s red card was an ill-judged trip to help his team rather than an explosion of uncontrolled violence and anger.

What are Rooney’s other perceived crimes?

Among United fans, it has never helped that he has always been a proud Evertonian and Liverpudlian, but he can hardly do anything about that.

The more serious crime, deemed unforgivable by many, has been his explicit desire to leave United on not one but two occasions.

In 2010 he lodged an official transfer request before withdrawing it, and his outgoing manager Sir Alex Ferguson confirmed he had again asked to leave in 2013.

It is this that has most soured his relationship with many United fans and prevents Rooney from being placed in the pantheon of greats alongside the likes of Eric Cantona, George Best, Denis Law, Bryan Robson and Ryan Giggs.

It should be noted, however, that even some of these unimpeachable club icons have done exactly the same.

Denis Law demanded a pay rise from Sir Matt Busby in the 1960s and was transfer listed, and Eric Cantona, while serving an eight-month ban for kicking a Crystal Palace fan (now that was recklessness on a grand scale), also asked to leave in 1995.

George Best didn’t even ask to leave; he simply walked out of Old Trafford without a backward glance in May 1972 by announcing his retirement the day before he turned 26 and fleeing to a beach in Spain. He returned 12 days later.

There is also a residual disappointment and even resentment that Rooney hasn't fulfilled his outrageous talent and become one of the world’s best players.

The argument goes that the teenager with no fear, who scored against Arsenal aged only 16, made England believe they could win Euro 2004 and then claimed that hat-trick on his United debut against Fenerbahce in the Champions League, never managed to develop into the player he should have.

It even leads some to sneer Rooney is over-rated and essentially a failure.

So Rooney didn’t become Cristiano Ronaldo or Lionel Messi? Deal with it. No other player in the last decade has either, so why single out Rooney?

In August 2004, when an 18-year-old Rooney signed for United, his subsequent haul of five Premier League titles, a Champions League, a Club World Cup and two League Cups over the next decade would have been deemed an overwhelming success.

And this is before you consider he is also on the brink of surpassing those scoring records of Sir Bobby Charlton’s for both United and England.

When Sven-Goran Eriksson resigned as England manager in 2006 after the World Cup finals he told his farewell press conference, as reported by the BBC, that "Wayne Rooney is the golden boy of English football. Don't kill him because you will need him."

English football hasn’t killed Rooney, but it has probably inflicted too many unnecessary bruises and scars on him.

It is time to give Rooney the love and respect he deserves. 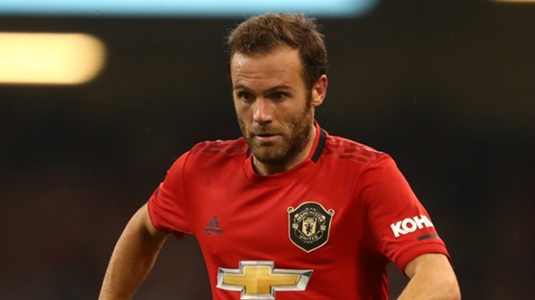