Rafael Benitez refused to stake the future on a single game. Speaking to reporters before Napoli’s Champions League play-off second leg against Athletic Bilbao this week, the manager insisted that elimination would not be a disaster for his team.

“Nothing will change in the project, because at the end of the day there are so many elements to it,” said Benitez, per Football Italia. “Going out would not be a tragedy.”

In truth, he was only repeating a line that he had used before the first leg in Naples (video in Italian). He knew from the start that this was likely to be a difficult tie. Athletic had finished ahead of Sevilla and Villarreal last season to reach this stage. They had beaten Barcelona and drawn with Real Madrid at the San Mames.

But no words from Benitez could diminish the importance of qualifying for the Champions League. In pure financial terms, playing in the group stage would have been worth more than €30 million to Napoli, once prize money, gate receipts and TV money were all taken into account.

To see how much this competition really mattered, though, you only needed to observe the behaviour of Gonzalo Higuain. He had wept on the pitch after the Partenopei were eliminated last year, when they became the first team ever to go out despite collecting 12 points from six group games.

By contrast, the striker had simply simmered with rage after Napoli missed a hatful of chances to beat Athletic during the first leg of this year’s play-off in Naples. The game finished 1-1, and Higuain told Italy’s Sky Sports afterward that he did not want to speak. All he would say was that his focus was now on the return fixture and that it was imperative for his team to stay in the Champions League (video in Italian).

Higuain avoided reporters altogether after Napoli lost the second leg 3-1 on Wednesday night. Never before, in his seven-and-a-half seasons playing in Europe, had he missed out on this competition. The Champions League is something that matters to him dearly.

He is not the only one. Upon joining Napoli from Swansea City this summer, Michu told the South Wales Evening Post that the opportunity to compete in the Champions League had been a major factor.

"I think it's a leap in my career," said the Spanish forward. "I am 28 and have never had the chance to play in the Champions League. I cannot wait.”

In the event, Michu got to test himself in the competition for all of 12 minutes, coming on as a late substitute during the first leg against Athletic in Naples. He played no part in the return game at the San Mames.

Recovering from this setback will not be easy for Napoli. The club’s supporters are furious with the owner, Aurelio De Laurentiis, for failing to invest more heavily this summer. The roughly 700 fans in the away section at the San Mames sang songs demanding that money be spent (video in Italian).

It was a knowingly futile plea. If De Laurentiis had refused to open up his chequebook before Wednesday’s match, then he is unlikely to do it now that he knows for certain that any potential Champions League revenues have been lost.

But the fans are also within their rights to ask how things might have gone differently if the owner had pushed the boat out a little sooner. De Laurentiis stated his interest in Manchester United’s Marouane Fellaini earlier this summer only to baulk at the player’s wage demands, per The Guardian. Given how easily Napoli were overrun in midfield by Athletic, it looks like a false economy.

The blame for this failure does not all rest with the owner, however, and he may ask some hard questions of Benitez in the coming days. Twelve months on from his appointment, it is tempting to wonder whether this might already be the beginning of the end for the manager in Naples.

After hiring Benitez last year, De Laurentiis spoke repeatedly about the “international dimension” that the Spaniard could bring to the club. Benitez’s predecessor, Walter Mazzarri, had achieved great things in Naples—taking over a team that was struggling near the foot of the Serie A table in October 2009 and leading them to sixth-, third-, fifth- and then second-place finishes over the next four seasons—but he simply could not match the new appointment’s continental track record.

Fresh from winning the Europa League with Chelsea, Benitez could also boast a Champions League, a UEFA Cup and a Club World Cup on his CV. His reputation alone made it easier to convince stars like Higuain and Jose Callejon to join the club.

But those players arrived with the belief that they would be competing on Europe’s biggest stage. Now that the Champions League has been taken away from them, some may wonder what their purpose in Naples even is. Yes, they helped the club to lift the Coppa Italia back in May, but Napoli had already done that under Mazzarri two years before.

The greatest strength of Benitez’s Napoli last season was the way that they handled the big games, especially at home. They beat Juventus, Borussia Dortmund, Arsenal, Marseille and Roma (twice) at the Stadio San Paolo. What they lacked was consistency, dropping points against seven of the league’s bottom eight teams.

Without Champions League football, Benitez will have to learn how to win these less glamorous fixtures. Because the only real way for him to wash away the pain of this early Champions League exit is to embark on a serious title challenge.

The opportunity is certainly there, as Juventus go through a period of transition under Massimiliano Allegri. But the pressure is also on. Another third-place finish and domestic cup run will not cut it for a team with such high expectations, nor a manager whose contract is set to expire at the end of this campaign.

Napoli vs Barcelona: A litmus test for Setien's men 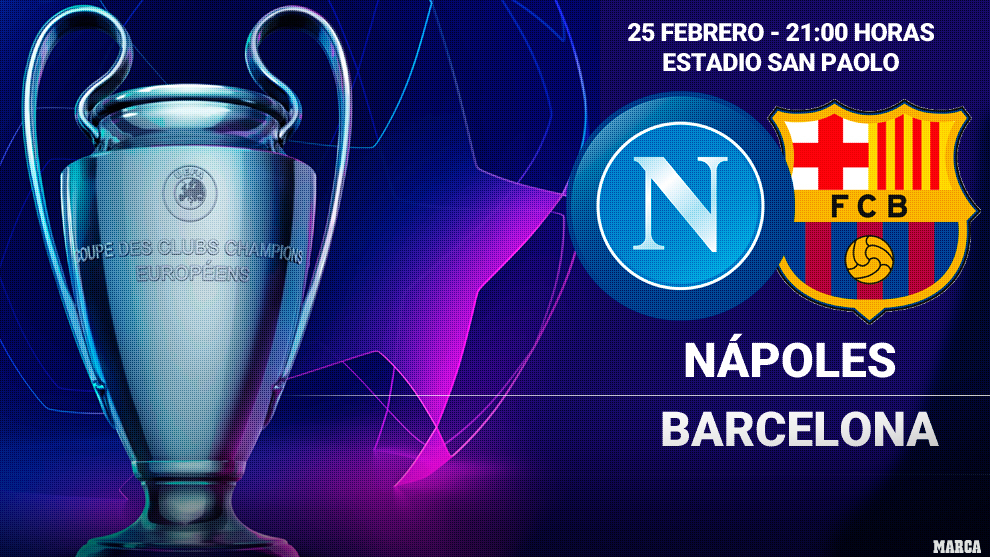 Napoli vs Barcelona: A litmus test for Setien's men

'I never thought it would be broken or equalled.'