It is uncontroversial to say that sport is a male-dominated enterprise at almost every level, from participation to consumption. Socially constructed gender differences mean that it has been difficult for women to become accepted in an arena that places an overwhelming emphasis on masculinity.

This disparity has been reflected in the respective media attention male and female sports are afforded, with 96 percent of sports news being dedicated to men, and women accounting for a mere 2 percent of network news and ESPN SportsCenter coverage, according to a 2009 study sponsored by the USC Center for Feminist Research.

What are the reasons for such a prohibitive gap in media coverage? Consumer interest drives content, and the interest just hasn't been there for women's sport. There appears to be an issue with perception, according to Professor Dale Spencer, author of Ultimate Fighting and Embodiment: Violence, Gender, and Mixed Martial Arts.

"There's a general attitude in relation to women's sport," Spencer argues, "and what leads to the lack of viewership is the fact that women's sports aren't at the caliber of men's sport. Therefore, it's not worthy of being watched, and there's this bigger, stronger, faster mentality.

With this in mind, the rapid growth and booming popularity of women's mixed martial arts seems utterly counterintuitive. Here we have a sport that, perhaps more than any other, showcases traits traditionally associated with masculinity, such as strength, aggression, toughness and competitiveness. Despite this, female mixed martial artists have almost achieved promotional parity with their male counterparts.

Women's tennis is arguably the only other sport that can make such a claim. It's tempting to think that individual sports are intrinsically more egalitarian, but it may have more to do with the way sports like tennis and MMA have been able to focus on marketing individual athletes.

"Tennis and MMA have been able to hypersexualise the women who participate in those sports," claims Spencer, "especially when they already have a certain physical appeal going for them. They're able to really promote those women and maintain a level of popularity that is roughly equivalent to the male side of the sport, which isn't necessarily a viable strategy in certain other sports because they aren't able to shine the spotlight on a single person in the same way.

"In mixed martial arts, they've been able to hypersexualise the women, from someone like Gina Carano—who was the original queen of MMA—to Ronda Rousey, as well as others who have come along. They've been able to tap into that, and at the same time these women display a kind of gutsiness and aggression that is appealing. Men may at first be drawn to the fact that these women are physically attractive, but they have ultimately been able to garner a level of respect based on their technical and physical prowess when they enter the cage."

Perhaps the most impressive part of the growth of women's MMA is how it has been able to transcend attitudes toward gender. When it comes to combat sports, there are two distinct types of sexism—from opposite ends of the political spectrum—that women are invariably forced to deal with.

Pursuing a career in a violent sport like MMA trespasses overtly on male territory and is actively discouraged. It is an attitude that is explicitly oppressive, but it is becoming less and less common as society becomes more progressive.

The second, more liberal brand of sexism concerns the way society tends to infantilise women. Many men are instinctively protective of women and have a visceral reaction to watching them take punishment.

There is nothing sinister about this attitude, and it even seems strange to criticise men for caring too much about the well-being of women, but within the context of MMA, it is something female fighters have been forced to overcome in order to be taken seriously.

How quickly these attitudes have been overcome is maybe the most surprising aspect of how the female side of the sport has developed.

"Originally, [UFC president] Dana White had that attitude towards women fighting, and had that kind of visceral reaction to women hitting each other," notes Spencer. "Men are conditioned to look at women in that way as a product of culture. When Dana White, who is a businessman first and probably a human being second, saw that considerable amounts of money could be made from someone who could carry women's MMA, and was at the requisite technical level, he became interested.

"When Ronda Rousey came into play, and seeing her judo toss basically everyone, going almost unchallenged, I wasn't surprised that I saw her enter the UFC. What I was surprised by was how [the UFC] have gone about promoting WMMA since then. I think that they've really tried to not just make it into something that is a one-off, is at the beginning of every fight card, and is kind of ancillary to men's MMA. It has instead been integrated all the way into main events—they have had their own Ultimate Fighter Show, and they're about to have another one. So that's what I've been most surprised about."

It goes without saying that the female side of the sport wouldn't be where it is today but for Ronda Rousey. The UFC's women's bantamweight champion set out to single-handedly change White's mind about WMMA, as she explained to the Orange County Register in 2012:

It was a goal of mine from the very beginning actually. I just refused to be ignored pretty much. I said to myself, "What would work?" I just thought, "I'm going to make myself so impossible to ignore and make myself into something that they didn't even know that they needed."

Before I became a pro I was saying that, so when I was training for my pro debut at King of the Cage is when I first said it on camera. I said, "[Dana White] is going to love me and there's nothing he can do about it." I was so sure. You know, I never doubted it.

In light of Rousey's success, it seems strange that women's boxing, MMA's closest sporting relative, hasn't been able to capture the imagination of the average sports fan in the same way. This is perhaps due to a combination of factors mainly relating to the kind of traditional attitudes discussed earlier.

"I think boxing in the main is a reflection of an older style of masculinity. Those who watch boxing, and those who embrace boxing, are protective and defensive about boxing in relation to MMA," Spencer argues. "They definitely have perceptions of women holding ring cards and walking around half naked at the events, not putting on a pair of gloves and fighting it out. I think some of the work that has been done relatively recently by [Elise] Paradis (you can find more on this research here) and various other people has kind of shown that women have generally been rejected in boxing circles."

And what about us, the fans who have embraced WMMA? After all, our interest is what drives the kind of content organisations like the UFC provide. Do MMA fans deserve a pat on the back for how we have embraced the sport's female athletes?

"I'm afraid to put too much power into the hands of the consumer," states Spencer. "I think one of the things the UFC has done really well is they've carefully crafted a campaign to make people interested in WMMA. At the same time, I think that people who are into MMA are a very variegated group of individuals, so on the one hand you have people who are actual practitioners in some martial art—whether it be Muay Thai, BJJ, boxing—and then you have the beer-drinking fans that know MMA in a very kind of fannish way, in that you have fans of soccer who aren't very good at soccer.

"You have these different groupings and I think one of the things that the UFC has tried to do is appeal to those different levels. Someone like Rousey appeals to the latter as something nice to look at, but at the same time she appeals to the more knowledgeable group of fans for her technical and athletic prowess. The UFC have definitely engaged in a kind of multi-pronged campaign to make WMMA appealing to those groups."

With the recent addition of a women's strawweight division, it seems clear that the UFC is fully committed to promoting its female athletes. Despite the popularity of WMMA, it is easy to forget that women only make up a fraction of the UFC's roster of fighters. There remains substantial room for growth.

Whatever the reasons for WMMA’s growing appeal, one can only hope that it continues on its current trajectory. It isn't just important for MMA. Embracing female athletes is an important cultural step, and one that our sport should be proud to be a part of.

James MacDonald is a freelance writer and featured columnist for Bleacher Report. All quotes obtained firsthand unless otherwise noted. Follow James on Twitter. 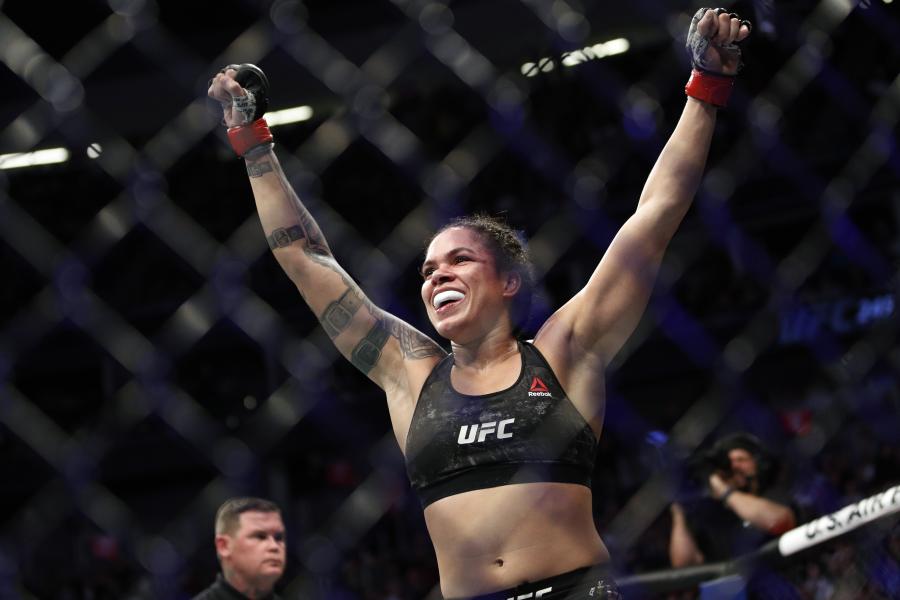