When Jurgen Klinsmann finalized the 23-man United States roster for the 2014 FIFA World Cup, one of the surprise inclusions was Houston Dynamo midfielder Brad Davis.

While Davis is quite good with his left foot on set pieces for both club and country, there is much more to the game of the 32-year-old than you may think.

“From every set piece, you have to have a certain play that leads to one as well, so I think I bring that value to the team,” Davis said.

If you don't believe the words of the midfielder, maybe you will learn more about his game if he breaks down a goal play-by-play for you, which is exactly what he did during the team's media session on May 30 in New York City.

Davis' left foot contributed to the second goal scored by the Yanks against Azerbaijan, but without the build-up to the play, the corner would never have happened.

"The one that we scored off comes from good play in midfield, getting the ball out wide, I hit an early cross from the run of play," he said.

“If the defender doesn’t get to that, DeAndre Yedlin’s right there to possibly attack them, that leads to a set piece that we score on," he continued.

The set piece Davis is describing could not have been executed any better, as his corner found the head of a wide-open Aron Johannsson, who proceeded to nod the ball into the back of the net at Candlestick Park.

In the 2-1 victory against Turkey, Davis earned a start on the left wing in favor of Alejandro Bedoya, and he showed more qualities of his game during his 64 minutes on the pitch.

On numerous occasions, Davis was able to track back and help in defense when the full-backs marauded forward on overlapping runs.

“I think I’ve been a guy who’s definitely changed my game throughout the years. I'm gonna be a guy that gets forward and now gets back and helps the team in that way," he said.

Davis was also able to grab possession in the midfield and distribute the ball to his teammates, which is another quality of his game that most people fail to pick up on.

“I think I’m a guy that tries to get everyone involved going forward. Seeing those passes that set up the game, slowing it down when it needs slowing down, keeping possession when that time is needed," Davis said.

“You don’t always like getting balls pumped down the middle, you like to be able to get them into the box and crash, and score some goals as well,” Davis said.

Not only can Davis provide a terrific left foot and work rate in the midfield for the Yanks, but he is also a veteran who can be counted on in the leadership department.

Davis has been one of the top players on the domestic front for years. After recently earning a leadership role with the Dynamo, he feels that he can bring extra leadership to the room like some of the other older players on the team, despite having made just 16 appearances for the United States.

“There’s been certain situations where some of the younger guys come along, even the older guys, we sit down and talk, bounce ideas off each other and things like that," Davis said.

"It just happens to be that they have a little more national team experience. I respect the hell out of everything those guys have done, but they also respect things that I have to say,” Davis said.

One thing is for sure about Davis when it comes to the World Cup, and it is that he will definitely contribute in a major way for the United States, whether he makes plays with his left foot or not. 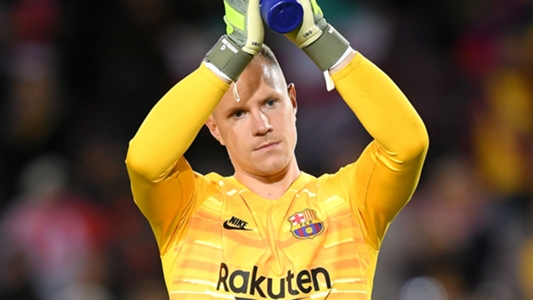