There was some good news for Nussmeier at Michigan’s first spring practice—Gardner surprised coaches and teammates by taking the field and participating in every activity. Gardner’s return was tempered by news that offensive lineman Erik Magnuson, an expected starter, would be unavailable this spring because of injury.

While the news delays the offensive line renovation, Michigan still needs to find a replacement for Gallon, Michigan’s leading receiver last season (89 receptions for 1,373 yards and nine touchdowns) according to mgoblue.com, who accounted for 43 percent of team’s total receiving yards.

Nussmeier will have numerous options to replace Gallon, but none are a sure thing. The following players are the leading candidates to be the next great playmaker at wide receiver for Michigan.

Chesson (15 receptions for 221 yards, one touchdown) showed tantalizing flashes of brilliance last season. As the returning wide receiver with the most receptions, he’ll have an opportunity to replace Gallon—if he’s not surpassed by others.

Last season was supposed to be Darboh’s time to shine until a foot injury ended his season before it even began. Hoke praised Darboh’s work ethic at the time of his injury on mgoblue.com, "I love Amara, and just hate it for him, how hard he worked through the offseason and fall camp to earn a starting role.”

Expect Darboh to earn a place on the depth chart if he’s fully recovered.

Funchess had a breakout season (49 receptions for 748 yards and six touchdowns) at tight end, but his production exploded when he moved outside as hybrid receiver, depending on the formation. The emergence of tight end Jake Butt (20 receptions for 235 yards and two touchdowns) seemingly paved the way for Funchess to move outside permanently, but an injury to Butt has placed that possibility in doubt. If A.J. Williams and Keith Heitzman can solidify the tight end position, Funchess may be freed to move outside—if no one else steps up.

Drake Harris missed his entire senior high school football season because of an injury but enrolled early at Michigan. On signing day Hoke talked about Harris’ rehab, ”Physically, he's improved. He's doing more and more. I know we ran yesterday and he's feeling more towards 100 percent all the time. We're hoping he'll be ready for the start of spring.”

Harris was a coveted dual-sport star recruited by numerous high-profile programs for football and basketball. He has the talent to compete as a true freshman if he’s fully recovered from his injury.

With so much uncertainty at wide receiver, Canteen is also expected to compete for playing time. Like Harris, he enrolled early, but he is not hampered by any lingering injury and is coming off a successful high school senior season. 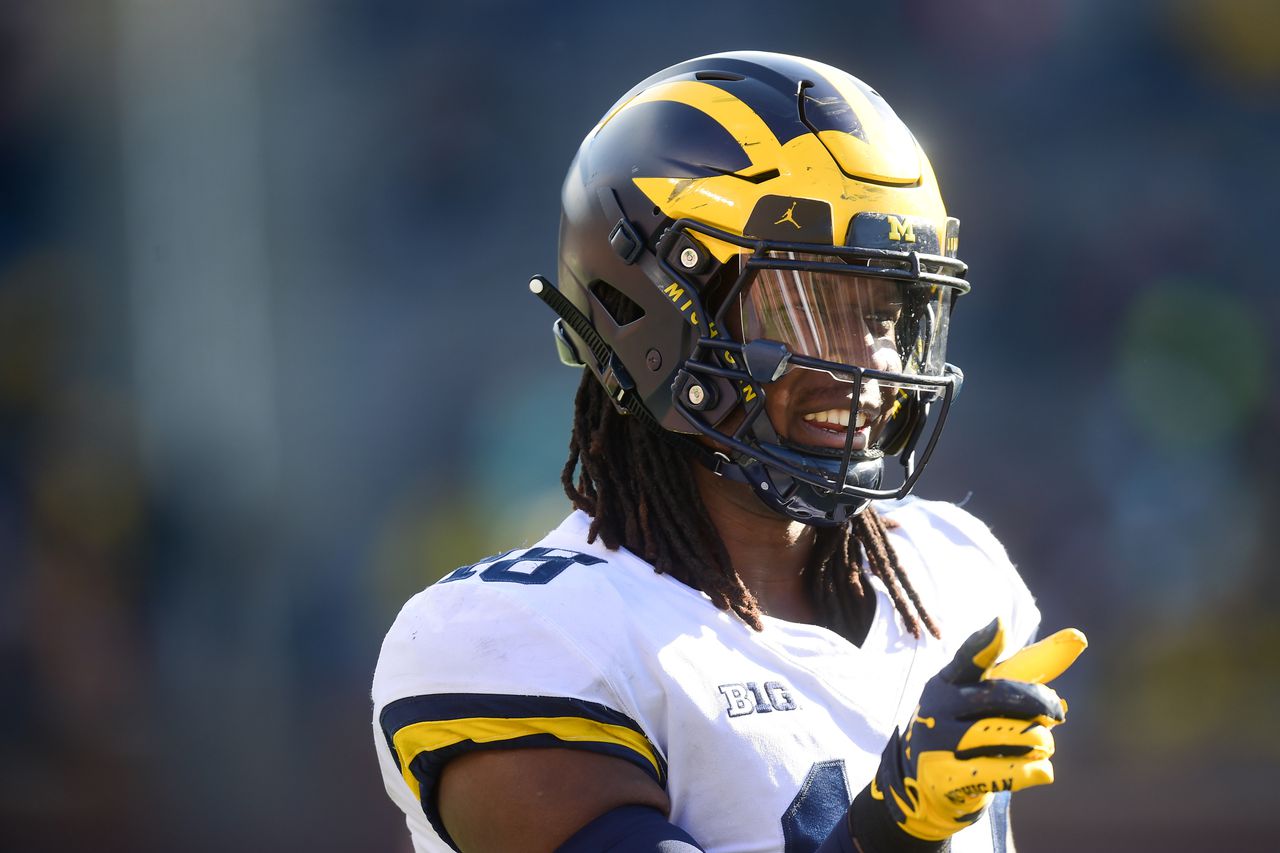