Tuukka Rask lost it Thursday night after the Bruins fell to St. Louis on this shootout goal by Derek Roy.Jared Wickerham/Getty Images

Talk about a temper tantrum.

Boston Bruins goaltender Tuukka Rask looked he wanted to shatter his stick, mutilate the ice, or both—probably both—when he allowed the deciding shootout goal to Derek Roy in Thursday night’s tough 3-2 loss to the St. Louis Blues at TD Garden.

Whatever the reason for the histrionics, the Bruins No. 40 sure didn’t look good in doing what he did. In fact, he looked ridiculous—especially when the stick didn’t break, no matter how many times he tried. (Warrior sure builds some sturdy sticks.) Check it out here at the 3:50 mark or so on YouTube.

Most of all, his act was unbecoming of an NHL netminder. (Although he did the same stuff in the minors, according to this video of his American Hockey League days, also at YouTube.) Here's another gem from last season, although this one is actually humorous.

Try to think back to when Martin Brodeur melted down like that, and you can't. Henrik Lundqvist was angry last year in Game 5 of a second-round playoff series against these same Bruins when it was certain his New York Rangers were about to be bounced out of the postseason—but he gave it one whack of the stick, and then let it go. Brodeur's current New Jersey counterpart, Cory Schneider, hadn't won since Oct. 19 until Thursday night at Los Angeles, but Devils coach Pete DeBoer praised him at NJ.com for not showing frustration.

Rask admitted he was frustrated to the Boston Herald following the St. Louis setback. If anything, one could have expected him to act in a manner like this last season after the Bruins were eliminated in shocking fashion by two quick Chicago Blackhawk goals in Game 6 of the 2013 Stanley Cup Final. That contest was for the sport's most coveted trophy.

This? This was a regular-season game—in November. And the Bruins still salvaged a point in the standings.

Seeing Rask's meltdown couldn't have been comforting to his teammates. If he loses it now after a shootout, what's going to happen next time a game doesn't go his way? Tim Thomas was eccentric, for sure, but even he didn't throw fits like Rask did after the St. Louis game.

Then again, Rask threw teammate Torey Krug under the bus last season when the Michigan State rookie made an ill-advised pass against Chicago in the final that resulted in a goal, according to WEEI. Acts like Thursday night's certainly won't endear Rask's teammates to him any more than him calling them out would. Rask is a good goaltender, but even he doesn't stop everything.

Maybe it's fine to show frustration like that when you're a pee-wee hockey player. A professional has to know better, and act better. Especially a No. 1 netminder. 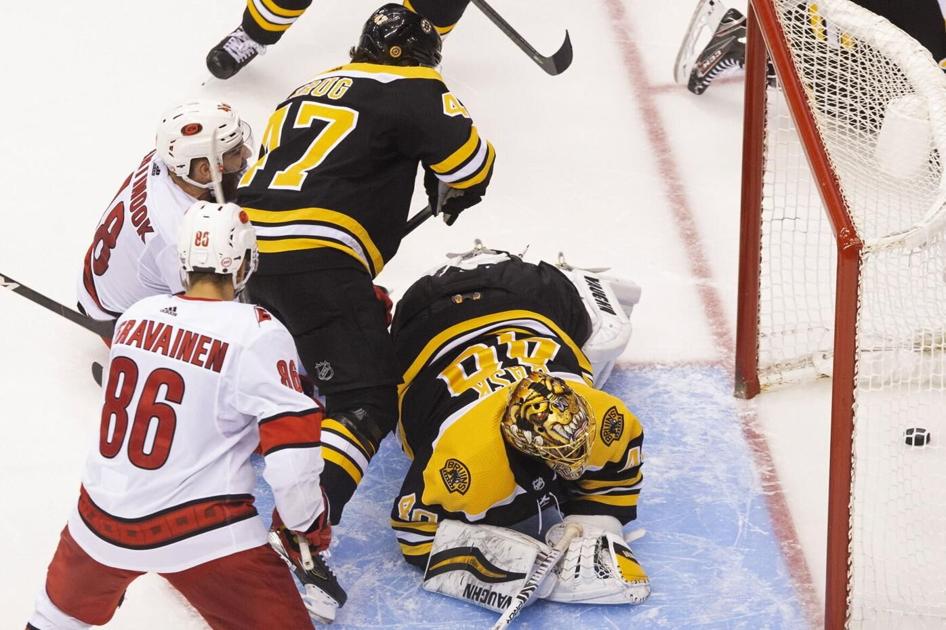 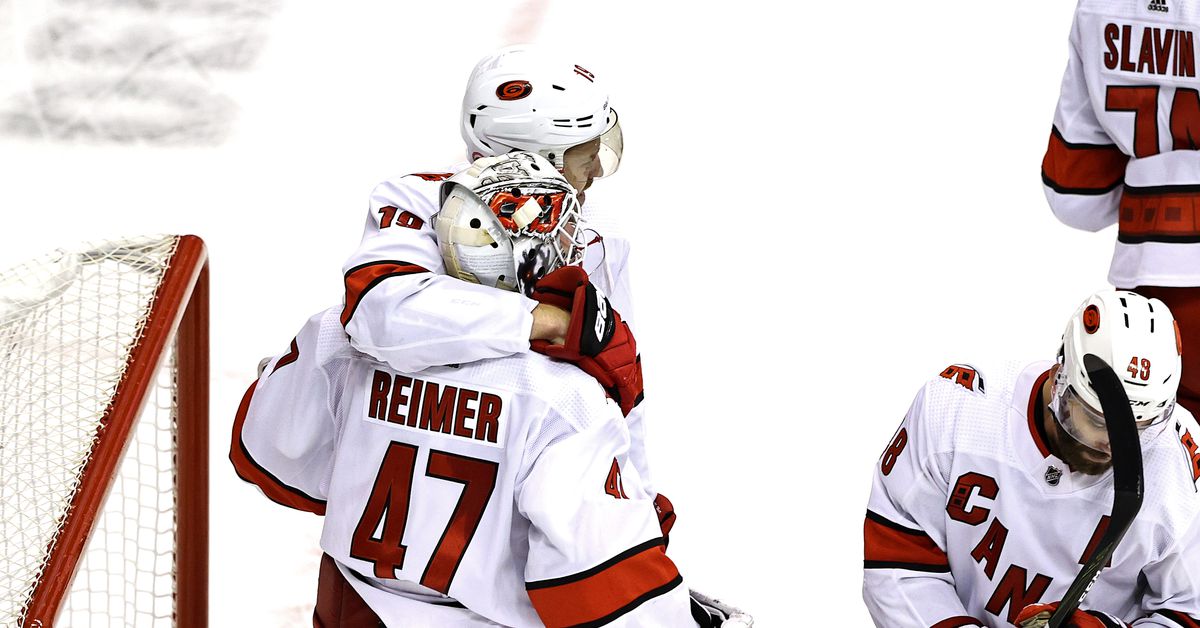 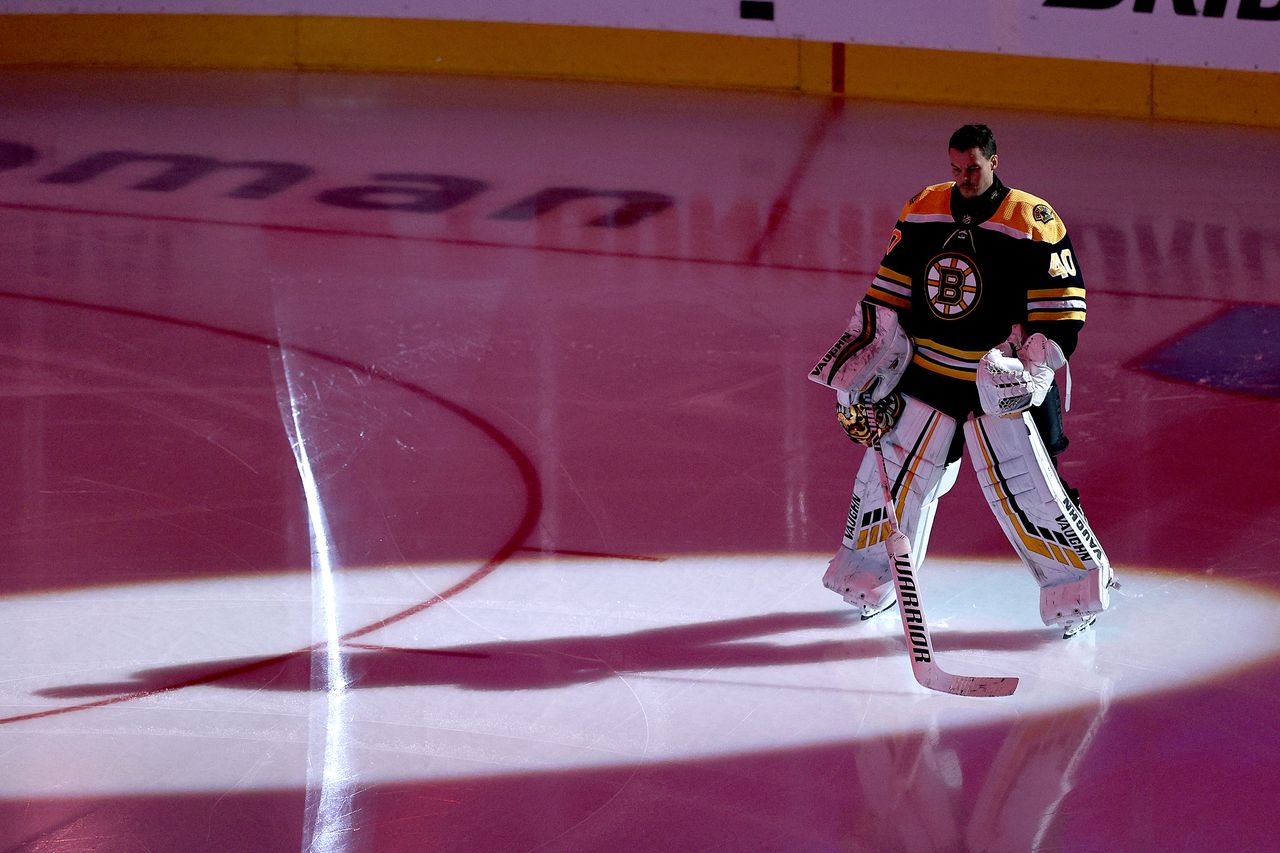