The Denver Broncos continued their winning ways with a 41-23 victory over the New York Giants in Week 2. The road to the Super Bowl continues, but not without a fair share of speed bumps.

The Broncos will now face the rest of the season without left tackle Ryan Clady. He was sidelined in the fourth quarter of the Giants game and will have season-ending surgery to repair a Lisfranc injury.

In Week 3, the Broncos play their first division game of the season as they take on the Oakland Raiders. This game will be featured on Monday Night Football, but it is not the big rivalry it used to be.

The Broncos offense could undergo significant changes without Clady in the lineup. This pass-happy team may actually try to establish and emphasize the run earlier than it did the first two weeks of the season.

The defense is going to have its hands full with the No. 1 rushing team in the NFL led by running back Darren McFadden. The Raiders also have a scrambling quarterback in Terrelle Pryor. It will be interesting to see how Denver handles this team, especially with the run-heavy Philadelphia Eagles on the schedule in Week 4.

Let's take a look at ways the Broncos will attack the Oakland Raiders on both sides of the ball.

When the Broncos Run the Ball

The Broncos should use more 12 personnel without Clady in the lineup. This will give them a run-heavy look at the snap of the ball. The team may dedicate early snaps to the running backs and set things up later for the passing game.

In the picture below, we see a variance to 12 personnel as the Broncos are lined up in an unbalanced formation. This play flowed to the right side of the defense, but Knowshon Moreno cut the ball back inside for a nine-yard gain.

We should see more playing time for tight end Virgil Green. We'll rarely see him catch a pass, but his run blocking is a key for jump-starting the ground game. Head coach John Fox talked about Green's blocking ability on Monday:

Some guys have a bit more notoriety maybe. But [Virgil] is another young tight end. A lot has been made of [TE] Julius Thomas. Virgil is a guy that played a lot of football for us a year ago. He’s a young player that’s developing. He’s doing a good job. I would say he made a couple of key blocks on those runs. Anytime you run the football well, it starts with blocking. It’s not just the offensive line. It’s all the blocking element, whether it’s tight ends, fullbacks, tight ends lining up at fullback—even wideouts can spring guys on long runs. [WR] Demaryius Thomas had a great block on one of those runs. On offense, really—whether you’re running or passing—it starts with the blocking.

Expect to see rookie Montee Ball on the field when the team gets into the red zone. If he can hang onto the rock, then he should get a few opportunities to score the first touchdown of his pro career.

When the Broncos Pass the Ball

This is where we'll see the biggest difference for the Denver Broncos. They'll use more 12 personnel to establish the ground game early on. However, when they get to the red zone, we should see more snaps for wide receiver Wes Welker.

The picture below shows the Broncos going to 11 personnel just outside the 10-yard line. This was the fifth play of the drive, but the first play they used three wide receivers on the field.

Welker draws the attention of the defense, which allows Julius Thomas to get free underneath for the touchdown.

Just like they use Ball in the red zone, we could see them treat Welker the same way. He'll obviously earn a lot of defensive attention, which will distract opponents from other weapons like Eric Decker, Demaryius Thomas or Julius Thomas.

The Broncos are still going to be pass heavy, but they should have more balance offensively. This increased time for the ground game will force opposing pass-rushers to honor the run. In turn, that should help open things up for the passing game.

When the Raiders Run the Ball

The Raiders are leading the NFL in rushing yards after two weeks. A large part of that is due to running back Darren McFadden. In the picture below, we see McFadden running out of the Wildcat formation.

McFadden takes the snap directly, fakes the end-around handoff and runs the ball up the middle for a seven-yard gain against Jacksonville.

In addition to McFadden, the Raiders also have a scrambling quarterback in Pryor. The Broncos need discipline when facing a player who is big, fast and can make defenders miss in the open field.

In this picture, we see how Pryor can take advantage of defenses that give him too much room to run.

Broncos cornerback Dominique Rodgers-Cromartie talked about playing against Pryor on Tuesday. He feels the game will need added attention to discipline:

Yes, especially on the back end, you’ve got to cover a little longer. You’ve got to plaster your guy, keep your eyes up. I think this is going to be more of a discipline game than any game.

The Raiders do not have a high-powered passing attack, but instead try to grind down opponents with the ground game. Even if they get down to the Broncos early, they will still attempt to keep the ball on the ground.

When the Raiders Pass the Ball

Pryor is not a developed passer. Most of his reads are going to be easy to see after the snap. The team will use the shotgun formation to keep the rush away from Pryor at the snap. In the picture below, we see the first read to Denarius Moore.

This pass was easy to read and quick to make for Pryor. He is not afraid to throw it over the middle when the safety is playing deep to respect his big arm. This play went for an eight-yard gain.

The next picture shows off one of the most versatile players in the league. The Raiders have a secret weapon in fullback Marcel Reece. They like to use him in bunch formations on the outside. Here, they line Reece up in the backfield but are still looking at the same place.

Reece is athletic enough to create mismatches against linebackers in coverage. He's helped by the strength of the ground game as defenders will be peeking in the backfield to see if it's a run play.

The Broncos want to open up with a win in the division. The Raiders have many flaws overall but may not be the pushover some think. Denver needs to show great strength defensively against the run. The Raiders will stick with the ground game even if it's not working initially.

On offense, there are new questions to answer. Chris Clark will have to prove that he can adequately protect Manning. Montee Ball will have to show if he can hang onto the rock. The team would also like him to showcase his nose for the end zone with at least one rushing touchdown.

Expect the Broncos to come out on top as they continue to march toward the Super Bowl. 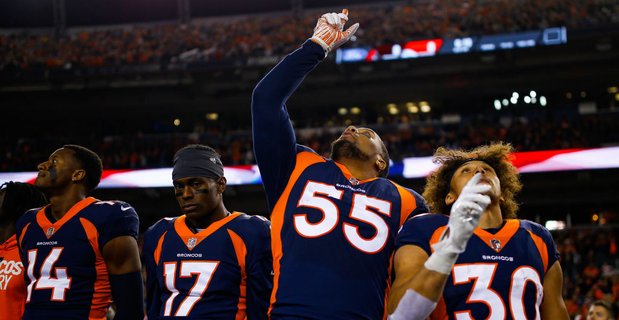 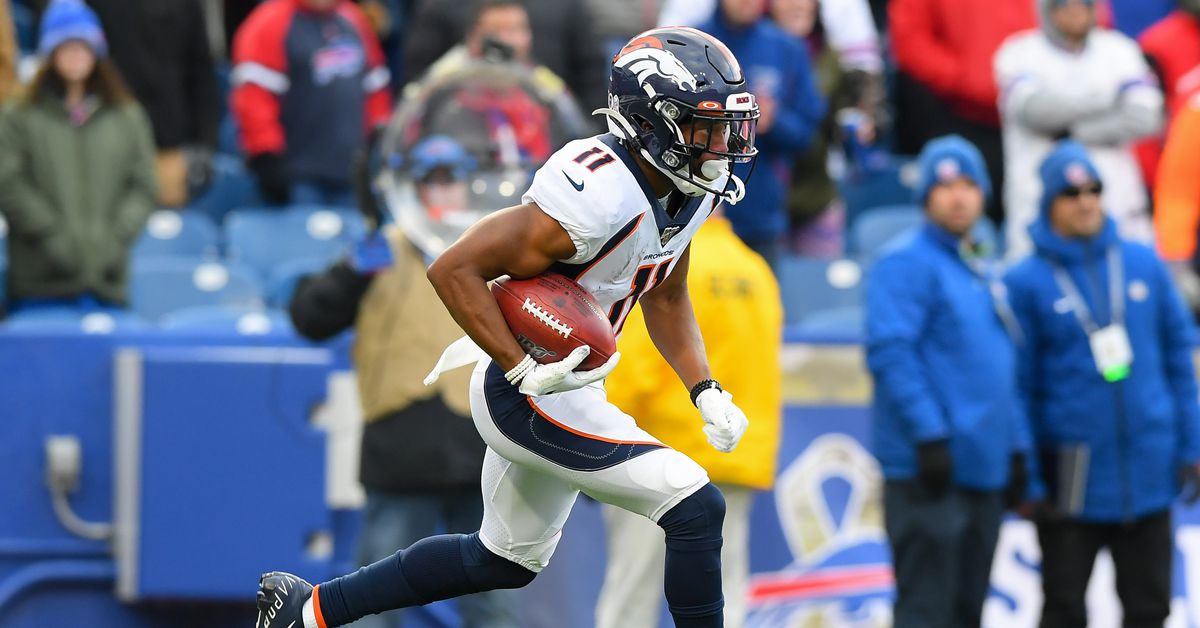