He might not have had the kind of success neither he nor Chelsea owner Roman Abramovich anticipated when he was named the Blues manager back in 2011, but Andre Villas-Boas made a very wise move when he appointed Eva Carneiro the Blues first-team doctor two summers ago.

And from the bottom of our royal blue hearts, we'd all sincerely like to thank you, Mr. Villas-Boas. We've decided to pitch in and buy you this edible fruit arrangement. Please enjoy, senhor.

Seen by many as just the pretty face behind the bench, Carneiro is much more than that. Much more.

The Gibraltarian has been with the storied English Premier League football club in West London since February of 2009 after working at the British Olympic Medical Institute as well as England Women's Football and UK Athletics, according her bio on Chelsea's website.

Carneiro studied medicine at Nottingham University and, after completing her basic medical training, moved to the Scottish Highlands to work in surgery and the emergency room.

It was there she received some sage advice from consultants to complete orthopaedic training. She then, luckily for us, made up her mind to pursue a career in sports medicine.

Carneiro spent two years Down Under at the Australasian College of Sports Physicians in Australia and also attended London's Queen Mary University where she completed her MSc in Sport and Exercise with her thesis being carried out at West Ham United.

After completing her masters, Carneiro was employed by the Public Health department at Islington PCT before being appointed to the UK Sports and Medicine Specialist training program where she worked with British athletes before the 2008 Summer Olympics in Beijing, China.

She worked with Chelsea's reserves squad when first joining the Blues in 2009 and was then promoted—in a reorganization of the club—to first-team physio for the start the 2011-12 season by Villas-Boas.

Now I know the majority of you website hounds are probably way, way, way more interested in Carneiro's age and her relationship status, but it would be much easier to find Bigfoot prints or to break into Fort Knox, brother. Trust me. And I have the gold to prove it you greedy bluebloods.

Specific details about the private life of Carneiro—who is of British and Spanish parentage—are extremely hard to find, but an informative piece by Jonathan Bull in the September 2009 issue of The Gibraltar Magazine (click on link to read the story) revealed much, including the revelation that she is a big Real Madrid fan.

(I'll give you a minute to cough up that piece of celery you're now choking on, Bubba.)

Now obviously, Carneiro has also evolved into a very big Chelsea fan, and it's important to note here that the club won its first-ever UEFA Champions League title in her first season with the first team and then followed it up with the Europa League championship this past season.

So, if you don't think she's some kind of beautiful, curly dark-haired talisman for the Blues, well, then buster, I don't want to know you. Please go to the Norwich City page or something. You bother me.

Carneiro revealed how she first became infatuated with the beautiful game in The Gibraltar Magazine article:

My real interest in football started with the 1998 World Cup. Brazil was playing Mexico. I was travelling through Mexico and we stopped at a town which was a popular honeymoon tourist destination for Brazilians.

They boasted a huge sports arena and had a World Cup party to celebrate Brazil's first appearance. At the time I was particularly interested in learning how to samba to be absolutely honest. The Brazilians danced on the bar after every goal and at halftime. By the end of the game I was hooked on both football and samba.

To simply judge this young woman—whose interests include riding horses, dancing and even surfing, which she learned while in Australia—solely based on her sex or external physical features would be a huge mistake.

With Chelsea playing a grueling league-record 69 matches this past year on three different continents and in various time zones—not to mention friendlies in the United States last July in the World Football Challenge and this May—Carneiro had to help players both mentally and physically try to acclimate to the time differences, which she talked about in this YouTube video.

"With the nine-hour [time] difference, we worked we worked out we were never going to climatize to it so what we tried to do was work out a five-hour time difference," she said talking about the players' body clocks before the Blues trip to the Club World Cup in Japan last December.

So what we did was we got the players to go to was adjusting to the new time zone but what we actually were doing was going to bed quite late and getting up quite late. So we're roughly actually working about five hours difference from London [time]. And that's what we're adjusting their body clocks to.

Carneiro used a number of things to help this process, including "sleep aids" and light exposure to help the Chelsea players try to adapt to the huge time difference in Asia and said that some team members had a pretty hard time falling asleep earlier than their bodies were used to.

Impressed yet? Intelligent. Cute. Humble. Aware of modern medicine. Adept at recovery and therapy practices for the injured. A master's degree. Great at her job. And to top it off, a good luck charm? What more could you possibly want, sister?

So the next time you see her, try hard to see beyond the beauty, brother. And if you're a Chelsea fan, be extremely proud you have the Florence Nightingale of football on your side.

She's worth an awful lot more than you could possibly imagine.

Writer's note: I contacted Chelsea senior media officer Gareth Mills by e-mail last October to try to get some background on Ms. Carneiro and a possible interview but he said, "Sorry not something we can help with as we don't give media access to our backroom staff as policy." 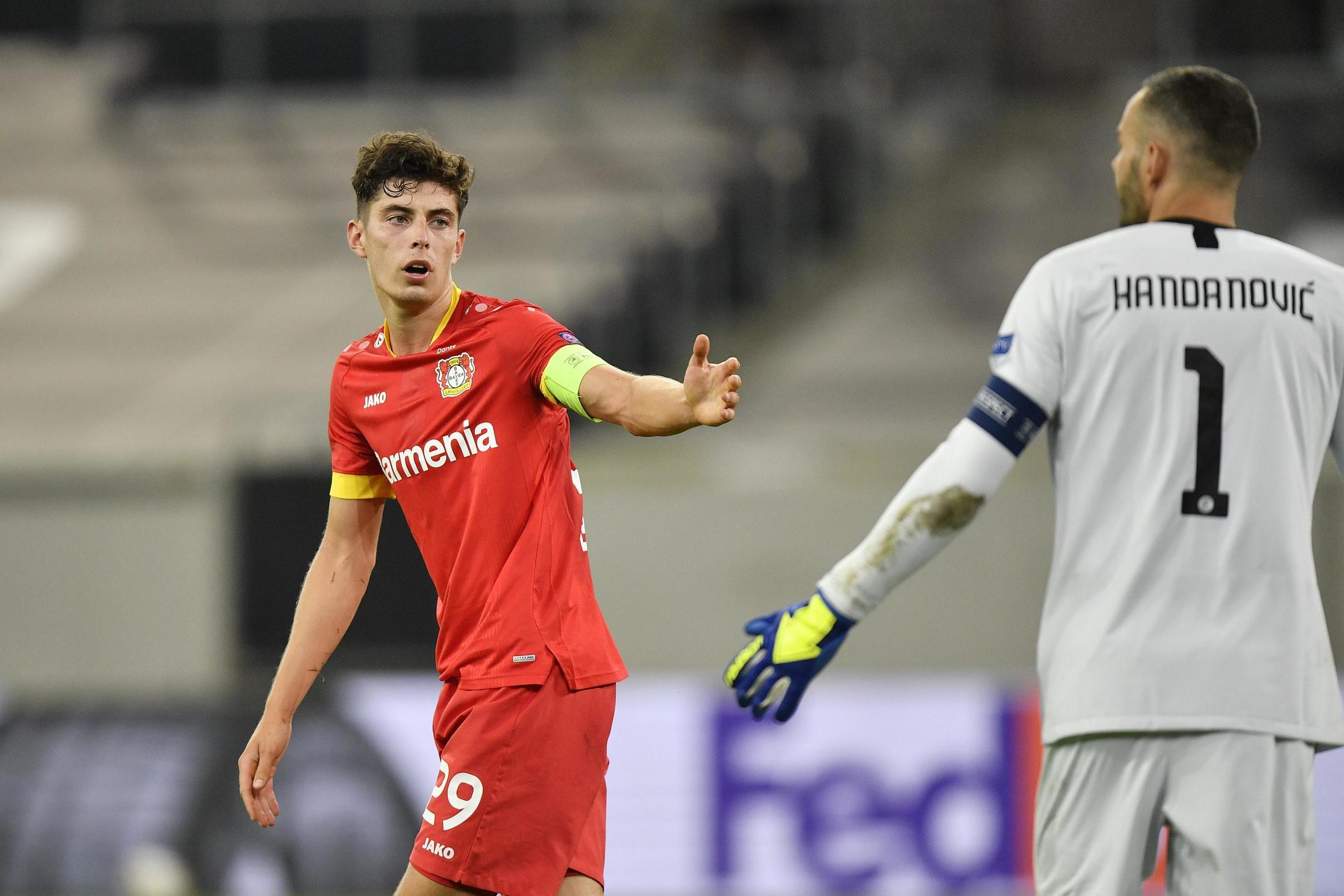 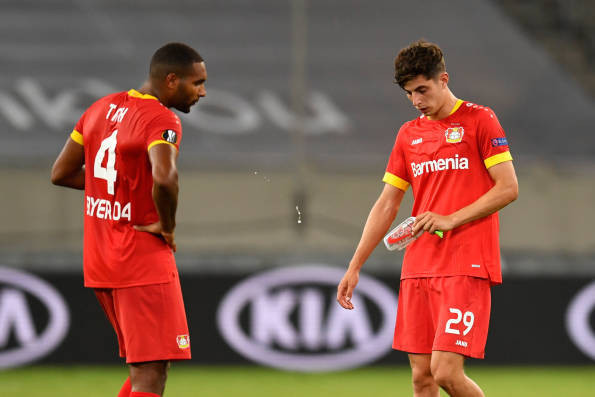 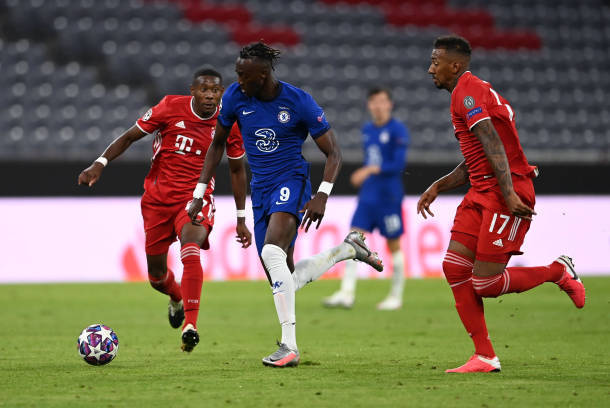