Roberto Mancini was full of praise for star midfielder David Silva after his Manchester City had famously destroyed Manchester United 6-1 at Old Trafford.

“Silva is a top, top player. I don’t know why he didn’t go to Barca or Real Madrid, because he’s Spanish, but we are lucky because he’s here..."

Yet after watching Xavi, Iniesta and Silva play this season, questions must be asked as to whether Mancini was a little caught up in the hype of it all.

After all, both Barcelona stars are thriving in La Liga and the UEFA Champions League, with a number of goals and assists to their name.

Silva and Manchester City, by comparison, have fallen short in both the domestic and European competitions this year—leaving many to wonder whether the star playmaker is living up to his full potential and promise in 2013.

Is Silva having a less productive year for Manchester City? Is he underperforming, or is he simply the product of a sputtering system this season at the Etihad?

Straight up, the numbers would suggest that he is, indeed, having a poor season for the defending champions. Assuming we look just at the raw data Silva has produced this year (per WhoScored), the statistics do point to a less productive season from Silva.

What's perhaps most interesting to note here is that both his shots per game and his assists have gone down, despite Silva chalking up the same numbers in the passing game. It's clear that he is taking less shots in 2013 than he was in 2012, but that doesn't necessarily explain his assists total going down—especially not given that his goalscoring chances created per game is higher.

It's here that it's important to look beyond the raw statistics and understand the situation at Manchester City this season compared to 2012.

Silva was played more as a wide attacking midfielder in 2012—coming in from the right flank to operate in behind Sergio Aguero and Carlos Tevez.

He would pick up balls from Yaya Toure on the right-hand side and combine well with the strikers ahead of him—operating as a winger, a third striker or a second attacking central midfielder depending on what was needed.

However, with the change to a 4-2-3-1 formation from Mancini (and a 3-5-2 at times as well) Silva has found himself with less space on the right flank this year.

Samir Nasri, in particular, has cut down some of the space that Silva has to operate and get forward—playing him more like a regulation central midfielder than the inverted forward or even "false-nine" that he was playing for City at times last season.

As a result, Silva's shooting (and goals) is down on what we saw last season.

His pass-numbers and goalscoring chances created are still high, because he's still seeing plenty of action; he just isn't seeing it in the areas of the field that we saw last year from the Spaniard. This image from Squawka shows the position on the field where Silva is creating chances from, with a central focus much more apparent in his game this year than before.

Over 50 percent of his total chances created have come from the central attacking third compared to just a fifth from out on the right wing—showing how his positioning in City's team has changed in 2013.

So is it just a positional change that has seen Silva's production drop this season? Or even in that, has the midfielder been underperforming this year?

It is somewhat hard to divorce the positional change from his change in production—making it very hard to answer that question in the best way.

However, one thing that may help us here is to see how Silva's performances in "big games" has changed this year compared to years gone by (that is, games that carry added pressure and incentive than regular domestic matches).

* minutes against Chelsea not enough to assess contribution.

Well, yes, but it's not necessarily that straightforward, despite what the statistics might suggest both in terms of output and performances in big games.

His role in the team has definitely changed, but the biggest change has been in the players around him, who have not performed like they did in 2013.

Carlos Tevez hasn't fired like he did last season (having not started as many games this season); Sergio Aguero has struggled with injury and consistency as a result. The players who normally play ahead of Silva—and finished off his chances created last season and turned them into assists—have not been playing as well in 2013, which has resulted in lower numbers.

Those numbers combine to show that City—through Tevez, Aguero and Edin Dzeko—have not been as effective this season as the year before.

And, as a result, that has meant that guys like Silva finish with assist totals much lower than previous seasons.

If they had, Silva may have 15 assists once more, and we wouldn't be discussing whether or not the Spaniard has been underperforming this season at all.

Whilst Silva has been poor, part of the onus must also sit with the rest of the Manchester City attack. For not only have they forced the 27-year-old into playing a different position on the field, they have failed to capitalize on the chances that have been afforded to them this season—leading to question marks about whether Silva has indeed been up to it this year.

That's not to suggest that Silva would be Xavi or Iniesta once more if that had happened, for he simply has not been as effective in 2013 as he was in 2012.

But he might have been a lot closer than what he's been so far.

Berbatov: Spurs must move past Arsenal domination and aim for Man City or Liverpool scalps 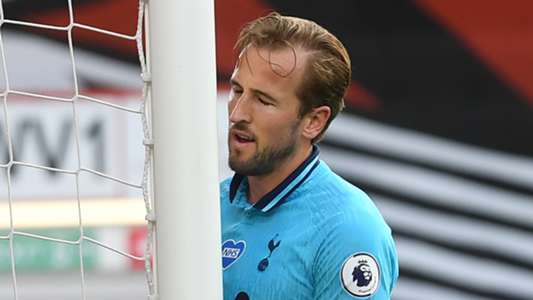 Berbatov: Spurs must move past Arsenal domination and aim for Man City or Liverpool scalps