Junior college transfers—also known by their acronym JUCOs—are the bread and butter of Bill Snyder football.

Most coaches in elite programs shy away from JUCOs for various reasons, the two biggest being that A, it's more difficult to correct a player's bad habits or technique after that player has been playing at the junior college level or B, numerous players attend junior colleges because they have difficulty maintaining a minimum academic standard or have discipline issues.

Nobody wants to take a chance on a kid who can't cut it in the classroom, nor does a coach want to spend one of the player's usual two years of remaining eligibility correcting technique. But the real reason may be more simple as to why more coaches don't go after all those JUCOs: Those 5-star high school seniors holding press announcements on major networks create a lot more excitement for fans and boosters than that JUCO quietly signing his letter of intent.

It's a chest-beating moment for fans to prove to the world that their team will annihilate your team because their team has more blue-chippers. And that means their coach is the better recruiter.

JUCOs are getting more attention and interest in the recruiting world, and while more JUCOs are being given star-ratings, not all are ranked by position.

For example, Texas Tech's Javon Bell was a four-star JUCO out of Mississippi Gulf Coast who had originally had his heart set on South Carolina but ended up at a junior college. Bell was the best wide receiver prospect out of the junior college ranks but he was not ranked in his position.

Bell was a top 50 receiver recruit yet had no number by his name. And numbers matter to boosters who are deciding whether or not they should open their checkbooks. We are a number-driven society when it comes to football.

There are teams who are relying more and more on JUCOs: Texas Tech and Arizona State both signed nine in last year's class while Oklahoma signed six.

Kansas State head coach Bill Snyder relies on JUCOs every year. Of the 123 players listed on the Wildcats roster, 31 are JUCOs. That's roughly 25 percent of the entire roster being filled by junior college transfers.

To put that into perspective, those 31 JUCOs represent the exact same number as all of 2011's combined JUCOS in the 22-top ranked recruiting classes.

The junior college success stories are endless in FBS football. Diablo Valley Junior College-transfer Morgan Breslin is in his first year at USC and already has made a huge impact; his seven sacks are the sixth-best sack statistic in all of FBS.

Breslin will be playing on Sundays in two years.

While there are some negative connotations to a kid who has to go back to junior college because he couldn't qualify academically at his school of choice, there are benefits. And not all JUCOs are academic poor-performers. Some may be rehabbing from a serious injury while others just aren't ready to leave the nest.

There's a big difference between the maturity level of a recent high school graduate and a second-year college student. Those players at junior colleges have had two years to get their focus on academics and adjust to a more independent lifestyle and the rigors of playing a sport while maintaining a minimum G.P.A.

There's also that physical maturity that comes into play. Some players need a few more years to bulk up and enhance their value to scouts. Junior colleges are the perfect avenue for them to get bigger, faster and stronger. It's also the perfect place to forge relationships with coaches who may be interested in signing them.

Snyder probably realizes that his shot of landing a 5-star recruit who has Alabama, Oklahoma, Texas or USC on his schools of interest is fairly low. But Snyder has an excellent ace in his pocket and that's the outstanding junior colleges in his neck of the woods.

Snyder, from all accounts, has an excellent relationship with those schools. Seven of his 31 JUCOs are from those three schools.

Some coaches have realized the enormous talent that lies at the JUCO-level, but the more elite programs have so many blue-chippers wanting to play at their respective schools that unless they have a specific position that hasn't been filled, a high school commit with 25 offers in his hand is usually going to get selected over everyone else.

If the best offensive lineman in the country is interested in your school and he's a 5-star rated No. 1 in his position, do you pass on him and let your conference foes grab him?

Football is a game. So is recruiting.

But Bill Snyder appears to be above playing those recruiting games and instead has focused on getting turn-key players who don't have to burn a redshirt or wait their turn behind upperclassmen.

Snyder can sit and watch his rivals fight over a 5-star recruit while he reels in a veteran 2-year starter out of a junior college.

Snyder is above all of the game-playing in the recruiting world.

The only game-playing he's interested in is on every Saturday.

The first Thursday of January in Glendale, Arizona or the following Monday in Miami Gardens, Florida are exceptions, of course.

Where does Kansas State stand on a football attendance policy in 2020? 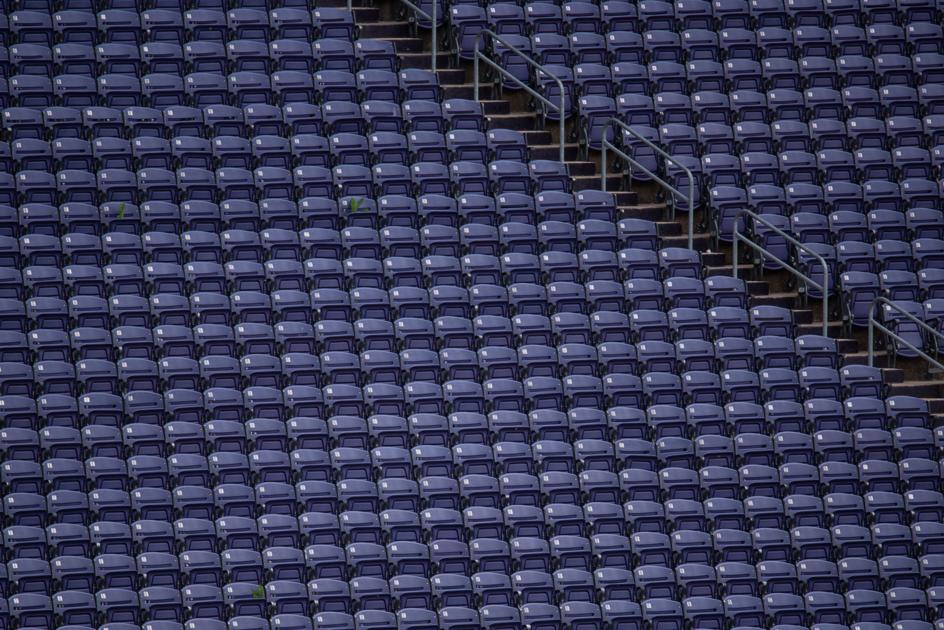 Where does Kansas State stand on a football attendance policy in 2020?

Impressive feats: How the 1999 K-State defense set a record

Impressive feats: How the 1999 K-State defense set a record