Chi-Town is too close to screw up.

The Chicago Bulls are a star shooting guard away from a trip to the NBA Finals. In what manner they acquire Derrick Rose’s backcourt partner, though, will determine whether or not they win it all.

Marcus Thompson of the Contra Costa Times reported that the Golden State Warriors are eyeing Luol Deng as the draft approaches.

Thompson writes: “According to sources, Golden State hasn’t talked with Chicago about Deng yet. But Deng is on the Warriors’ short list of veteran small forwards they’d be interested in.”

For Deng, Chicago would receive the seventh overall pick and a mediocre talent such as Richard Jefferson that the Warriors are attempting to rid themselves of. While there would be plenty of twos to choose from at No. 7, none are worth swapping Deng for. It isn’t that they aren’t talented enough to give the Bulls a boost, but none bring exactly what they need to the table. 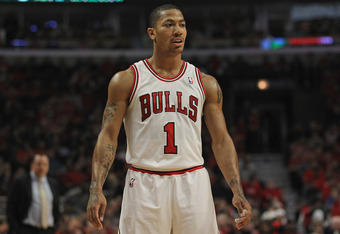 Chicago’s offense revolves around Rose, who must have the ball in his hands to succeed. Adding another guard who’s capable of creating his own shot is ideal, but a scorer who, like Rose, has to be the primary ball handler wouldn’t fit well side by side the former MVP. What the Bulls need is a player that will not only be able to penetrate, but knock down perimeter shots.

Dion Waiters and Jeremy Lamb are phenomenal physical specimens, but neither are the snipers that the Bulls are desperate for. While Austin Rivers and Terrence Ross are both equally lethal scorers with the ball in their hands and in catch-and-shoot situations, they’re reaches at No. 7. And the Bulls can’t surrender a 27-year old lockdown defender who averages 15 points a game for a reach.

Chicago must be patient. They can’t screw this up. Unless they receive an offer for Deng that without a doubt makes them a better basketball team, in the deepest draft since 2003, they’re better off playing it safe and selecting the best available 2 at No. 29.

David Daniels is a featured columnist at Bleacher Report and a syndicated writer.

@Jonwass reveals his new rankings after the Hoophall Classic