As if it were written in the stars, the fans of San Diego were treated to what many will call "Poetic Justice" when the San Diego Chargers helped the Denver Broncos complete one of the leagues biggest collapses in the history of the NFL.

At 8-5, the Broncos held a three-game lead over the Chargers with three games left to play and the unthinkable came to fruition Sunday night when the Chargers trampled their division foes 52-21. 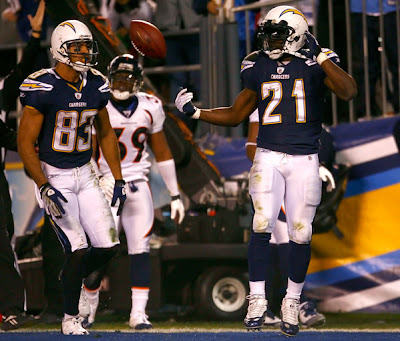 The NFL's most recognizable referee or arms for that matter, can now breathe a huge sigh of relief. Maybe now Charger fans will withdraw all the death-threats and discontinue all the hate mail. The football gods have righted Hochuli's wrong-doing, all is now right in the football universe.

For the NFL, it was another overhyped matchup that did not live up to snuff. This was supposed to be a showdown between two division rivals, but it looked more like a practice scrimmage for the AFC West Champion Chargers, as they completely dismantled the Broncos on both sides of the ball.

Chargers quarterback Philip Rivers, who was just snubbed from making the Pro Bowl earlier in the week, showed the fans of San Diego and a national audience which starting quarterback truly deserves Pro Bowl honors.
Rivers was scintillating all night, with his unorthodox throwing motion, completing one precision deep ball after another, and perfectly executing the Chargers high-powered offense to the tune of 491-net yards. 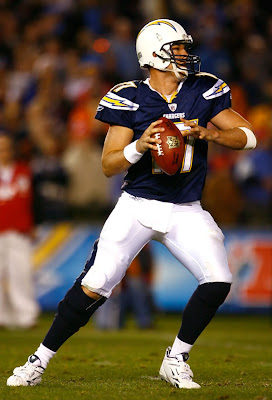 Rivers finished the night completing 15 of 20 passes for 207-yards (10.4-yards per pass) with two touchdowns for a 141.0 passer rating to lead San Diego to their third straight AFC West title.

While running back LaDanian Tomlinson looked sharp shredding the Broncos defense for 96-yards and three touchdowns, the story was not so much how good the Chargers looked, but rather how bad the Broncos played. 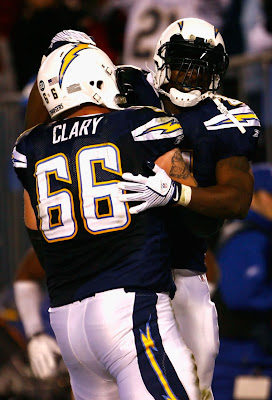 Without question, this was an epic meltdown of monumental proportions by the Denver franchise. The Broncos were sitting atop the AFC West with a three-game lead. They would finish the season, losing their final three games down the stretch, being outscored 112-54.
This was a complete reversal of how the team started the season, outscoring their opponents 114-84.

Sunday night just became the epitome of this team's identity, in particular its' team leader. There have been moments throughout the season that quarterback Jay Cutler has looked like a million dollar bonus baby throwing 25-touchdowns, but then there have been those moments when he has not.

Cutler tossed two more picks in the team's loss, including a drive ending pick in the end zone just before the close of the first half. This was at a moment where San Diego leading 24-6, clearly had all of the momentum, but a Denver score would have been huge going into the locker room, especially receiving the ball to start the second half. 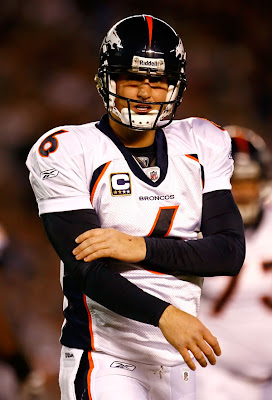 Cutler finished the season with 18-total interceptions. Only Brett Favre's 22 were higher.

While some Denver fans may have had high hopes for the 7-9 team from a year ago, their 28-points allowed per game in the team's first three wins should have been a cause for concern. Now 8-8, ranked 29th overall in total defense, and out of the playoffs, reality has set in.

Looking over all that has happened in the last day or so, it's easy to say the Broncos collapsed, but if you look at their numbers maybe they just lived up to their potential.

Before the Denver faithful turn their backs on the only Bronco's head coach to bring a championship to Denver, we must remember Shanahan came in as an offensive minded guru, who has time and time again proved himself as such. This season the team was ranked second in total yards and T-ninth in offensive touchdowns.

There's little question many changes will be needed in the offseason. Before you start calling for the coach's head, this team will need to be evaluated from the players, to the coaching staff, to the parking attendants, and concession stands. 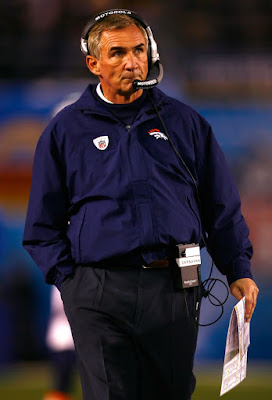 The offense appears to have it's core pieces in place, although many fantasy leaguers will love trying to figure out who will get the carries in Denver next season. If Denver is going to rebound from this catastrophic collapse, change will be necessary and the first place they should start is on the defensive personnel side of the ball.
That's my take.