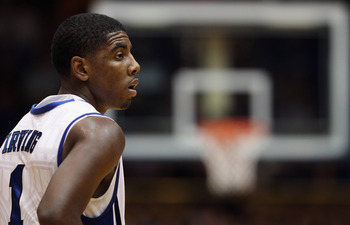 The 2011 NBA Draft is rapidly approaching, and the excitement is really beginning to build.

Although some have referred to this class as one of the weakest in recent history, there are plenty of intriguing names for teams to gamble on as they attempt to shape the future.

With so much to follow and countless possibilities for each team, it's going to be an action-packed affair.

Let's take a look at the most pertinent information and how some of the top picks might shake out for the clubs picking in the lottery. 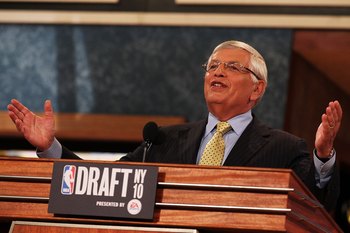 It's going to be interesting to see what type of reactions David Stern receives when he marches onto the stage to announce the Cleveland Cavaliers are officially on the clock.

With the likelihood of an impending lockout growing by the day, the fans are probably not going to be happy with the Commish. 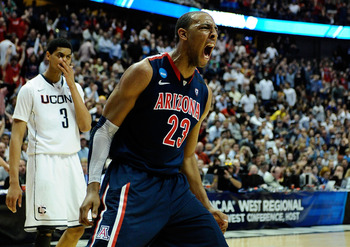 With two picks in the top five, the Cavaliers can really set themselves up for a nice future.

The Timberwolves haven't much tipped their hand about what they plan to do with the No. 2 pick, so it should be exciting to see what happens. 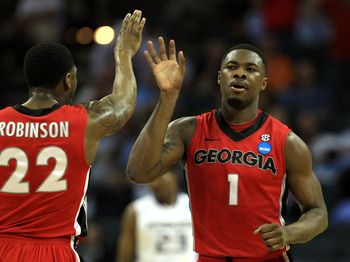 Here is a complete list of teams that pick in slots 31-60.

The Lakers have an astonishing four second round picks in the 2011 draft, and it's possible they could look to swing a deal.

The Cavs also have a pick at 32, so they could really add some intriguing youth to a team that needs to usher in a new era of basketball in Cleveland. 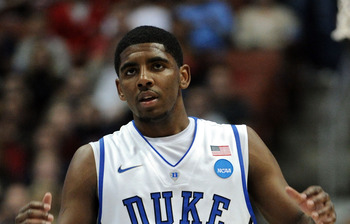 Irving is looking like the consensus No. 1 pick for the Cavs despite Derrick Williams' impressive workout, and at this point it would be a major surprise to see anyone other than Irving selected in the top spot.

They could go with Williams and pickup one of Brandon Knight or Kemba Walker at No. 4, but it's looking Irving is a near-lock to land in Cleveland. 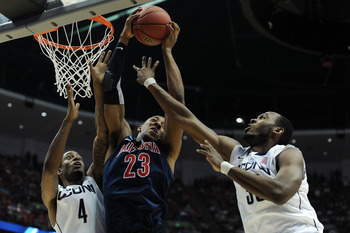 Derrick Williams is probably going to be selected by the Minnesota T-Wolves at second overall, but it's anybody's guess as to whether or not he'll remain there by the end of the draft.

The team already has a plethora of swingmen, and unless they plan to draft Williams with the intention of shopping Michael Beasley, Williams doesn't fit anywhere on the team. 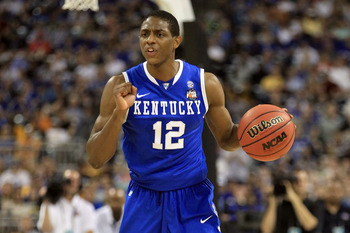 The Jazz never expected to land the third overall pick in this draft, and now they find themselves with several options at third overall.

Utah could look to draft Andrei Kirilenko's replacement Jan Vesely, but they might not want to risk losing the chance to draft a unique talent in Knight. 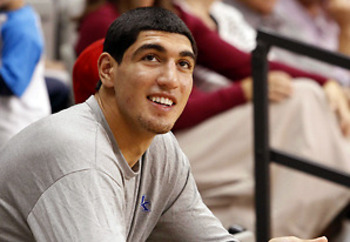 The Cavaliers really hit the jackpot when they landed two picks in the top five, and they have the ability to turn it around in a hurry.

With Irving already on board, selecting either Kanter or Valanciunas would give them a legitimate center to pair alongside a budding J.J. Hickson down low. 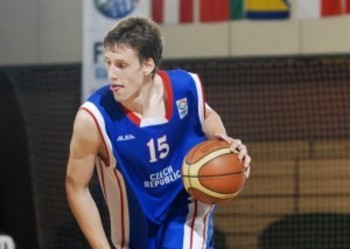 The Raptors would like to make Brandon Knight the point guard of the future, but if Utah snatches him off the board at third overall then it won't be a possibility.

Kemba Walker would be under serious consideration, but Jan Vesely is the most dynamic international talent in this draft and the Raptors are said to be high on him. 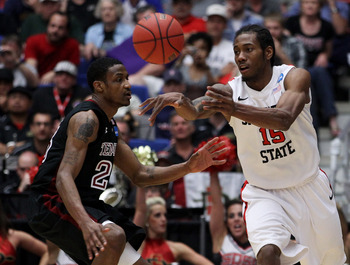 The Wizards find themselves with a youthful core already established with John Wall leading the way, and the team's only real need in the starting lineup is small forward.

Leonard is one of the fastest rising prospects in the class, and he can step in immediately for a Washington team that is clearly on the rise. 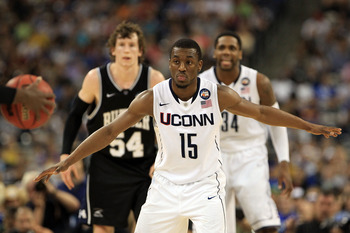 The Sacramento Kings already have Beno Udrih, Tyreke Evans and are likely to extend Marcus Thornton (RFA), but it wouldn't be surprising to see them take Walker in this spot.

Udrih played well last season, but Walker represents a serious upgrade for the long-term. With Cousins down low, the Kings could look toward more of a true power forward than Valanciunas and reaching for Fredette here might be a little high. 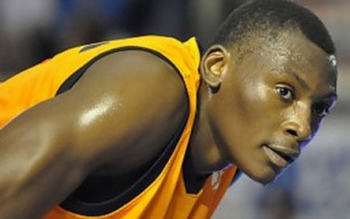 The Pistons are definitely looking to re-build, and Joe Dumars really needs to make this pick count.

With a promising Greg Monroe down low, the club could look to pair him with Biyombo for the long-term and have a very imposing front line.

If Leonard slips, he could very well be the pick here as well to take Richard Hamilton's spot on the team, but he's probably gone by this point. 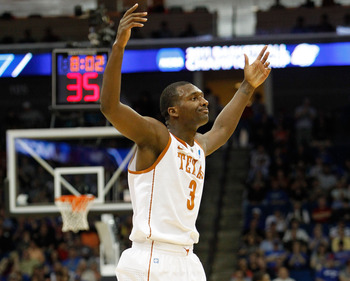 The Bobcats need an eventual replacement for an aging Stephen Jackson, and using this pick on a player with a multi-dimensional skill set simply makes sense.

Hamilton is a big-time shooter who can provide an instant punch to the Charlotte offense, and his addition adds to an already youthful team that should be fun to watch. 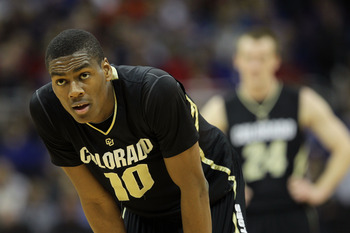 The Bucks have a number of options with no. 10, and although they already have Drew Gooden on the club, Marcus Morris is a very different type of power forward.

The club needs some scoring help, and Morris can serve as the power forward of the future in an offense that already features Brandon Jennings and Andrew Bogut.

If he can put up decent rebounding numbers and provide 12 to 15 points per contest for the Bucks, they'd be a much improved team. 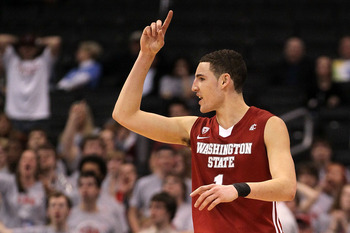 The Warriors seemed primed to split up the backcourt pairing of Monta Ellis and Stephen Curry, so if they do ship Ellis out of town as reports have suggested, adding Klay Thompson makes perfect sense.

Some might be calling Jimmer Fredette the best pure shooter in the draft, but Thompson can certainly give him a run for his money on that title. 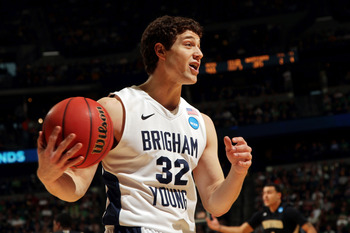 Wouldn't it be something to see the Jazz roll the dice on Fredette? While he's a definite possibility in this spot, they could alter course and go with Singleton, and if Biyombo is available they'll have a hard time passing him up.

If both Fredette and Biyombo are there when the Jazz make their selection, there's going to be a lot of pressure on the team to take the BYU standout, but that shouldn't factor into their ultimate decision. 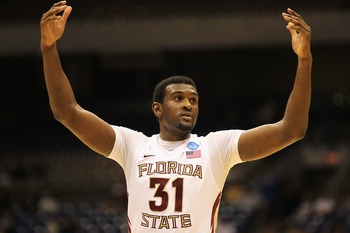 The Phoenix Suns are looking to re-build this team from the ground up, and with the Polish Hammer looking like their center of the future, Tristan Thompson or Markieff Morris would make for a sly power forward to pair alongside him.

However, Chris Singleton is still available at No. 13 overall, they'd have a very tough time passing him up because of his unique skill set to complement an improving club. 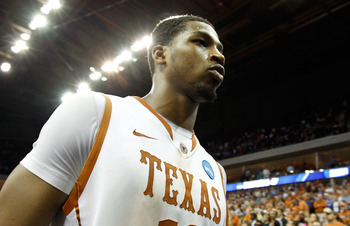 The Houston Rockets have a lot of needs on their roster with the front line very thinned out, and Thompson would be an excellent candidate to provide some much needed depth.

Motiejunas is probably too much of a project for a Rockets team that's looking to compete in the back end of the Western Conference, and Morris is really a reach in the lottery.