The 13 Strangest Fighting Styles to Ever Grace UFC's Octagon 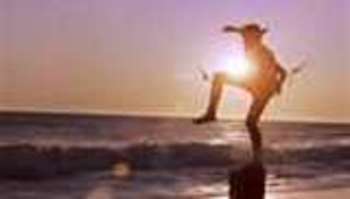 When the UFC was formed in 1993 there was one simple purpose: Determine which form of martial art was the most effective in a real fight (although the fans didn't know the answer was essentially predetermined to be Brazilian Jiu-Jitsu).

As a proving ground for martial arts, the UFC attracted a number of the more...enigmatic and downright strange forms of combat.

Some were self-formed, some had been crafted over generations, but they were all out of the ordinary.

So, here are 13 of the strangest (or most unique or whatever synonym you choose) fighting styles to grace the octagon.

Please note, it is difficult to quantify "strangeness," so these aren't ranked per se but rather go from the least "strange" to the most.

Radach is the only practicioner of this "style," which is really just a clever name applied to Radach's favorite methodology: punching people in the face until they are unconscious or they quit.

"Thugjitsu" is yet another "style" that is a style in name only. However, its "founder" Yves Edwards has pulled off some exciting moves in MMA, so his Thugjitsu is worth having on the list and his highlight reel is worth showing.

Muay Boran is essentially the grandfather of Muay Thai. Muay Boran was Muay Thai before it became an official sport and therefore has some different techniques (some of which are considered to be more impractical).

While there hasn't been a fighter who has listed his style as Muay Boran, the martial art has found its way into the cage via Anthony "Showtime" Pettis.

After Pettis landed his famous round-kick-off-the-cage (dubbed the "Showtime Kick"), his trainer Duke Roufus admitted to MMAjunkie.com that the technique was inspired by "old-school Muay Thai techniques where you climb up on people and land techniques."

Even though Pettis isn't a Muay Boran fighter, the style was worth bringing up because it helped inspire one of the most exciting moves seen in MMA.

Krav Maga has a reputation as a brutal martial art that is best suited for the streets (whether or not this is deserved is another issue that isn't the topic of this slideshow and won't be discussed here). It is practiced by the Israeli military and emphasizes quick, devastating strikes to the body's most vulnerable areas.

Keep in mind that Krav Maga is not "strange" in and of itself but, like others on this list, is strange relative to the martial arts that are more commonly represented in the UFC (Brazilian jiu-jitsu, boxing, wrestling, etc.)

Unfortunately for the eclectic Israeli martial art, its lone practitioner in the UFC, Moti Horenstein, had a dismal showing, going 0-2 in the UFC and 1-6 in MMA overall.

Originally attributed to David "Tank" Abbott at UFC 6—who later denied that he ever invented the "art" and stated that it was billed as his fighting style by the promoters—"Pitfighting" was essentially just brawling given a different name.

Another UFC fighter, Scott Ferrozzo, was also a pitfighting practitioner, and his career was equally fruitless.

Paul Varelans was the only fighter to ever represent "Trap Fighting" in the UFC and at 6'8'', 300 pounds, he certainly deserved his nickname of "The Polar Bear."

What exactly was trap fighting? It involved "trapping" the opponent in close range in such a way that he/she could be struck without being able to defend themselves.

Did Varelans represent the martial art well? Only against people with little skill who were smaller than him.

It's probably best to throw trap fighting on the ash heap of martial arts history, along with some others yet to come.

Greg "The Ranger" Stott deserves to be respected because of the fact that he really was an army ranger and had the intestinal fortitude to step into the cage with Mark Kerr—aptly nicknamed "The Smashing Machine"—in his prime.

However, what he does not deserve respect for is his martial art style, which was simply listed as "hand-to-hand."

The fight doesn't exist on the Internet (at least not legally), so a brief description will be provided:

A jacked Mark Kerr clinches with a somewhat pudgy Stott (who was wearing khaki shorts), Kerr lands a devastating knee and the fight ends at 17 seconds in.

Pencak Silat (also known as just Pencak or Silat) is an umbrella term for the exotic martial arts of Indonesia.

Silat is primarily a striking art that also focuses on weapons and has some takedowns (some limited throws and sweeps).

This art was represented by Spaniard Alberto Cerro Leon at UFC 2 against heavyset Judoka Remco Pardoel. Cerro Leon managed to do well for a one-dimensional striker. His striking looked crisp and unique and he managed to stop a larger fighter, who was well versed in submissions from submitting him, for nearly ten minutes despite being on bottom.

This fight doesn't exist (at least not legally) on the Internet. It is among the "lost fights" at UFC 2 that weren't included in the pay-per-view broadcast due to time constraints and weren't put on the DVD either. They were included on the VHS and used to be on youtube but were since pulled off by the UFC.

Maybe its for the best...

In UFC 2, a fighter by the name of Scott Morris had a fighting style which was simply listed as "exotics."

In UFC 3, tournament winner Steve Jennum had "Ninjitsu" listed as his fighting style.

What do both of these men have in common? They both trained in a program known as "Robert Bussey's Warrior International."

Robert Bussey's fighters only went a combined 3-2 in the octagon, with those three wins coming over less than stellar competition.

Perhaps we can credit Steve Jennum and Scott Morris losing with ending the ninja trend started by the Teenage Mutant Ninja Turtles?

Either way, it's probably best for MMA that Ninjitsu or "exotics" has been proven to be a lackluster martial art and therefore weeded out of the mainstream.

This martial art was "represented" by arm wrestling champion Gary Goodridge in the early days of the UFC.

Quotes are used around represented because, according to rumor (and by rumor I mean wikipedia and the sherdog forums, so take this with a grain—nay, a shaker—of salt), Goodridge hadn't even officially trained in the art, save for two classes. He just went to the dojo and wanted to represent them in the UFC and they eventually acquiesced, giving him the rank of fourth-degree black belt in the process. 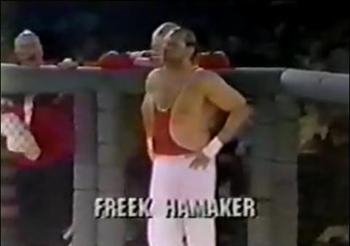 One of the rarest images in MMA.

San Soo Kung Fu was a particular Kung Fu style based on throws, pressure points, and strikes to vulnerable areas (as well as other principles) pioneered by martial artist Jimmy Haw Woo.

It was represented at UFC 2 by Thaddeus Luster, who supposedly had a seventh-degree black belt in the art. His opponent was Dutch sambo practitioner and pornography theater owner Freek Hamaker (although sources online list his name as "Frank," it is listed as "Freek" in the pay-per-view, so who knows).

To Luster's credit, he did actually managed to take Hamaker down with a hair-pull trip but the position was reversed immediately and Luster eventually lost via submission.

San Soo was never represented in the Octagon again. Fortunately for the martial art, its poor showing has essentially been erased from existence; this fight is another that is among the several "lost fights" that weren't part of the UFC 2 pay-per-view or DVD. Thus, it may be lost to the ages.

Not even a picture of Luster exists; a blurry picture of his opponent will have to suffice.

Kuialua or Kapu Kuialua is a martial art of "bone breaking" native to the Hawaiian islands.

There has only been one practitioner of this art in the UFC and it was 400-pound Samoan, Jon Matua. Matua met Tank Abbott at UFC 6 and was on the wrong end of one of the worst knockouts in UFC history.

When your martial art loses to pitfighting, it's probably time to start learning a new one...

Joe Son Do, or "the way of Joe Son," is the martial art created by Joe Son, trainer of Kimo Leopoldo and convicted rapist.

What exactly was Joe Son Do? We may never know since Son never actually won a fight in his MMA career, going 0-4 (and having a submission loss due to "terror" on his record).

At the end of the day, Joe Son Do is most famous for getting Son punched in the genitalia repeatedly. Needless to say, people weren't queuing up and asking "Where can I learn that?" so, thankfully, Joe Son Do vanished off of the face of martial arts.