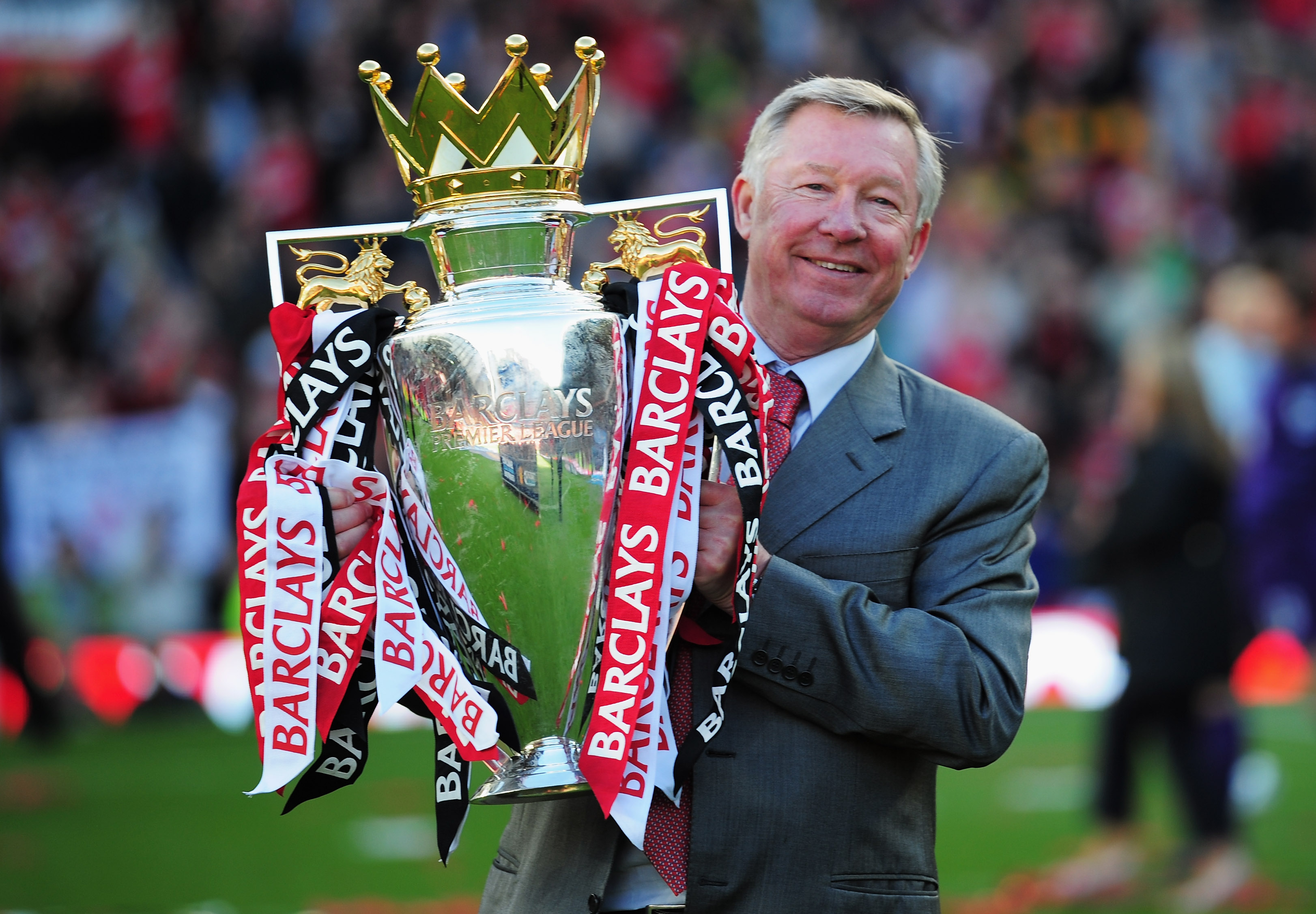 The defining season in Sir Alex Ferguson’s tenure as Manchester United manager could become one of the manager's greatest achievement of his career on Saturday, as his beloved United face of against the might of FC Barcelona for the right to call themselves European champions.

A team that, at the start of the session, was nigh on written off; “They have lost too many of their talented players,” claimed the detractors, and from an exterior façade, it was hard to refute them. Yet what sets Manchester United out from the also-rans is their team unity and dynamism, fronted by the evergreen Ferguson (long may he reign).

Manchester United, standard-bearers of the club’s proud history, stood up where their contemporaries fell down. Admittedly, the squad wasn’t as good as some of their rivals (I am looking at Chelsea and Manchester City), but what this season did was promote the necessity of "a team" over individual excellence.

So now here we are at season's end, and to be honest, it’s a pretty damn good time to be a United fan. With certain factions of the squad coming towards the twilight of their long and distinguished careers, all the noises coming out of the OT camp are that Ferguson will be handed a war chest to make a number of stellar signings to ensure the Red Devils long-term legacy. Inevitably, said, some of the under-performers could and in reality should be served their P45’s.

With this being said, within this slideshow, I will attempt to envisage just how united could look next season, taking into account the comings and goings. Feel free to refute certain nuances, for this is born solely out of my own subjective. In my opinion, the changes that I have predicted in the squad fit three criteria: they are necessary, they are realistic and they have been muted in the media sphere.

In reality, this wont be dead on. When we are able to look back with hindsight come September, Alex Ferguson’s penchant for the signing from left-field will put pay to that. See this therefore as a basis, a forum for discussion. The future is red. Enjoy.

Transfers Out: Kuszczak, Owen, Hargreaves, Diouf, Obertan and Even Berbatov? 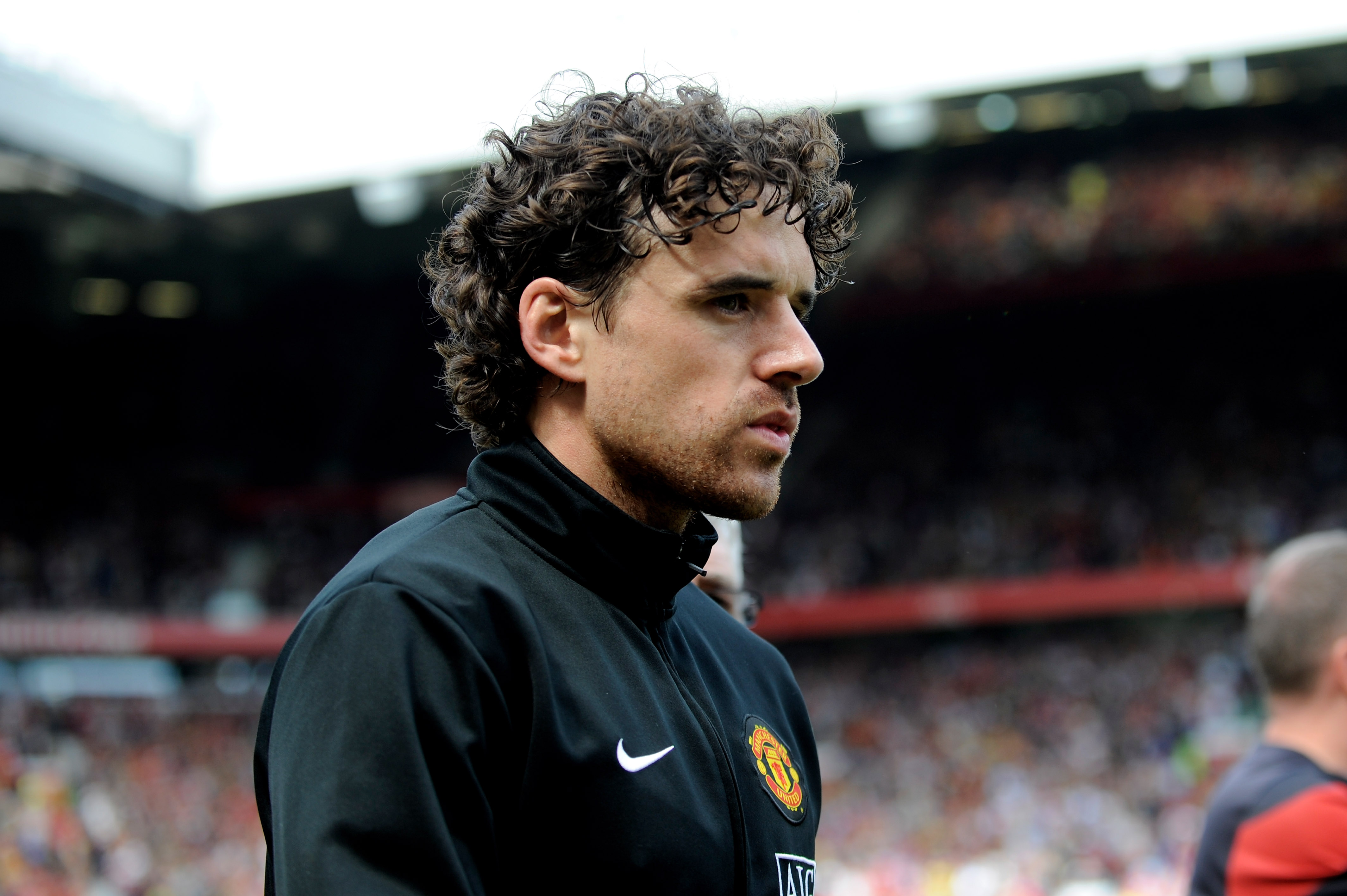 This season is, to all intense and purposes, the end of an era. Gary Neville the custodian of United’s right flank for over a decade, is no longer with the game. Edwin van der Sar too, at 40, has chosen to hang up his gloves, even Paul Scholes, the ginger assassin himself, is heavily linked to slip seamlessly into the permanent anonymity for which he so yearns.

If this situation comes to pass it will leave only one relic from the inception of United’s Premier League journey, the Welsh wing wizard Ryan Giggs. At 37 Giggs, despite still possessing a game a 19-year-old would be proud of and despite protestations to the contrary…..will not actually be a United player for ever. Yet this is not that season.

In addition, it looks highly likely that both Owen Hargreaves and Michael Owen, four years ago key players for the English national team, will make an enforced excursion into the Bosman market. Hargreaves, whose United career has been blighted by injury since his £16 million transfer from Bayern Munich, has battled in vain to prolong his time at OT, but without sufficient appearances this season to even warrant a Premiership winners medal, the end could be nigh.

Owen is more likely to be offered a new deal, and in the limited chances he has got this season, hasn’t done too bad. However, with the return of Danny Welbeck, Federico Macheda and Mame Diouf for next term, added to the meteoric rise of Javier Hernandez, is Owen actually needed at all?

Then there is Tomas Kuszczak. The Polish keeper has, in recent appearances produced a string of errors, culminating in his tumultuous appearance against Blackburn in United’s second last game of the season. With Anders Lindegaard already signed and De Gea apparently now joining him in the player roster the Pole’s position in the Theatre of Dreams is essentially now void. It would make an awful lot of sense to cash in now.

The final departures that I can envisage this season would be a limited number of young fringe players whose progression this season has stalled somewhat. Gabriel Obertan, Diouf, Darron Gibson and possibly even Macheda and Jonny Evans could all strictly speaking fit into this category, but given United’s youth policy, only one or two will actually leave.

Final thought I will leave you with from this section is a long shot, Dimitar Berbatov. United’s record signing, has recently looked a man playing on empty. Despite finishing as the Premiership's joint leading scorer, Berbatov has seen himself sidelined for the final run-in as Wayne Rooney and Javier Hernandez’s dynamic partnership became the staple of United’s attacking diet from March onwards.

At 30 years old, Berbatov has only a year left on his contract, and so, feasibly, this is the last opportunity to at which he will hold any resale value. Sir Alex would almost certainly hope to hold onto the Bulgarian, but could the promise of first team football at the team who love to buy back their own players (Tottenham) turn disillusioned Dimitar’s head? This being said, though, I think Berbatov will still be a United player next season 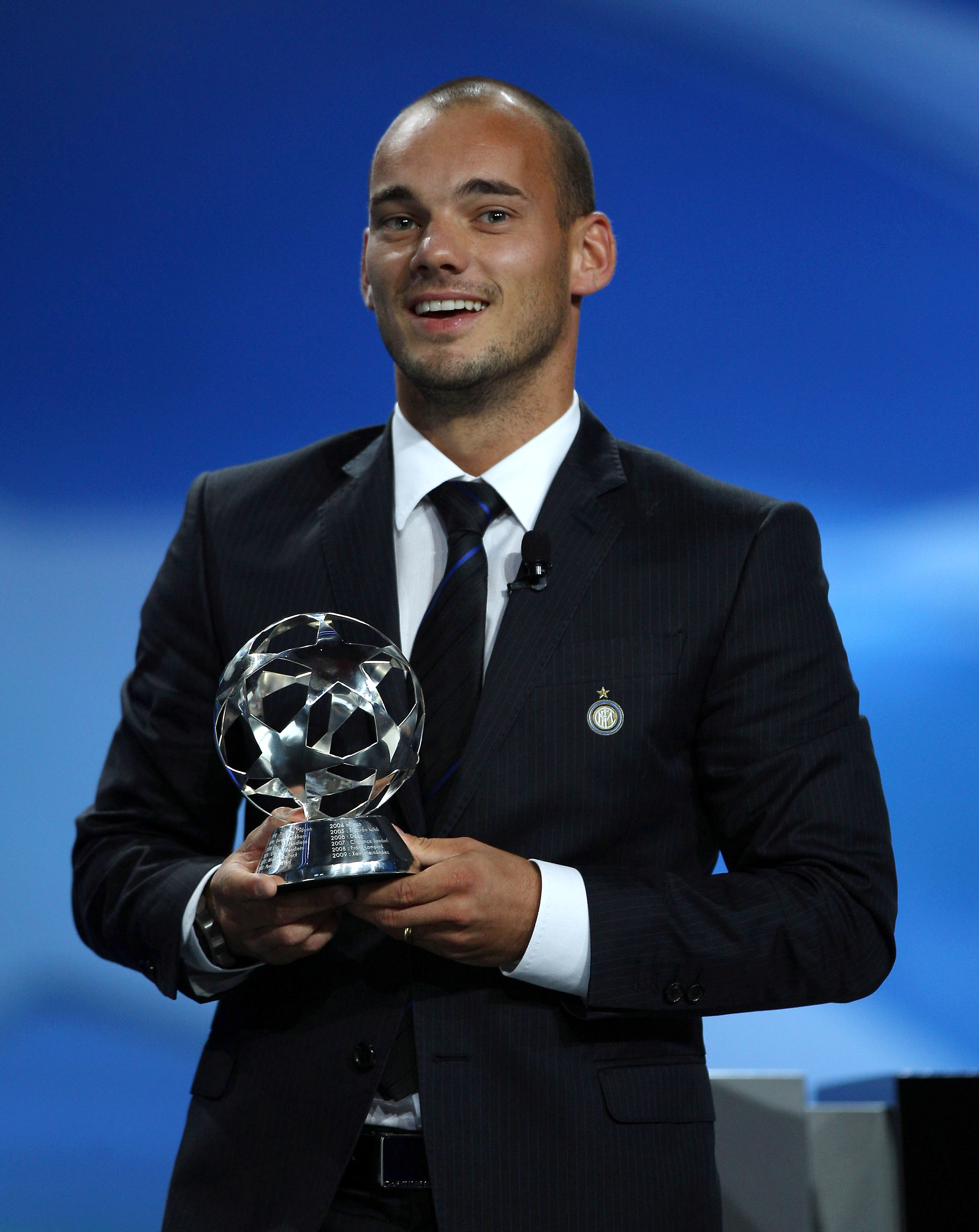 Given my assessment of the current squad, the changes that I have predicted and the rumours about the scale of the imminent funds, I am predicting four transfers for the coming season.

Depending on what media sources you trust, United have already signed either one or two of these four players. David de Gea, the 20-year-old Spanish Atletico Madrid goalkeeper has been signed to write the next chapter in the OT goalkeeping legacy. De Gea, at 6'3" and possessing excellent shot stopping and distribution skills, is an excellent acquisition, although at a rumoured 17 million, he doesn’t come cheap as the most expensive keeper in British transfer history.

Second is the left-field signing, 18-year-old French centre-half Raphael Varane. If you had heard of him before this month, you are a better man (or woman) than me. Varane currently plies his trade in his native France for recently relegated Ligue 1 side Lens and is comfortable at both centre-back and holding midfield.

Described as a future "wonderkid" of French football Varane is a French under-21 international, despite only just turning 18. After Lens’ relegation it is, according to certain reports, almost a done deal that will bring the 6’3" defender to United this summer.

So that leaves two. Basically, my logic for these two are as eventual replacements for the founder members of the Manchester United inner sanctum, Giggs and Scholes. The two players I have cited, this being said, are Ashley Young and (please, please, please) Wesley Sneijder.

Ashley Young has emerged as one of the brightest prospects in England, chosen by Fabio Capello consistently in the wake of England’s dismal World Cup campaign (which Young wasn’t involved in). With current club Aston Villa only saved by the immediate prospect of relegation, which appeared a palpable prospect for 75 percent of the season, in the couple of months, Young’s name has been doing the proverbial rounds.

With his current contract expiring at the end of the forthcoming season, and at 25, to avoid losing Young on a free transfer, it is almost inevitable that Young will be sold come summer. The clubs that have been linked most heavily with the tricky winger are United and the old enemy Liverpool.

Young himself has come out in confessing his interest in leaving for OT, and his signing, for what would be a reduced fee of around £15 million, would signal a major coup for Sir Alex.

So, Sneijder. With Scholes imminent retirement looking a distinct possibility at the end of this season, especially if he can win his third Champions League winners medal, a replacement is at the top of the agenda. What United need in the centre is a player like Scholes in his pomp, a creative genius that can create opportunities for the players around him.

I do not hesitate in claiming that Wesley Sneijder is that man with bells on. I generally cannot see another single candidate, and although the Dutchman wont come cheap, at 26, he has the time on his side to write United future. Alex Ferguson has apparently issued a "Go get Sneijder" plea to the club’s American owners and chief executive David Gill; who are we to argue with Sir Alex? 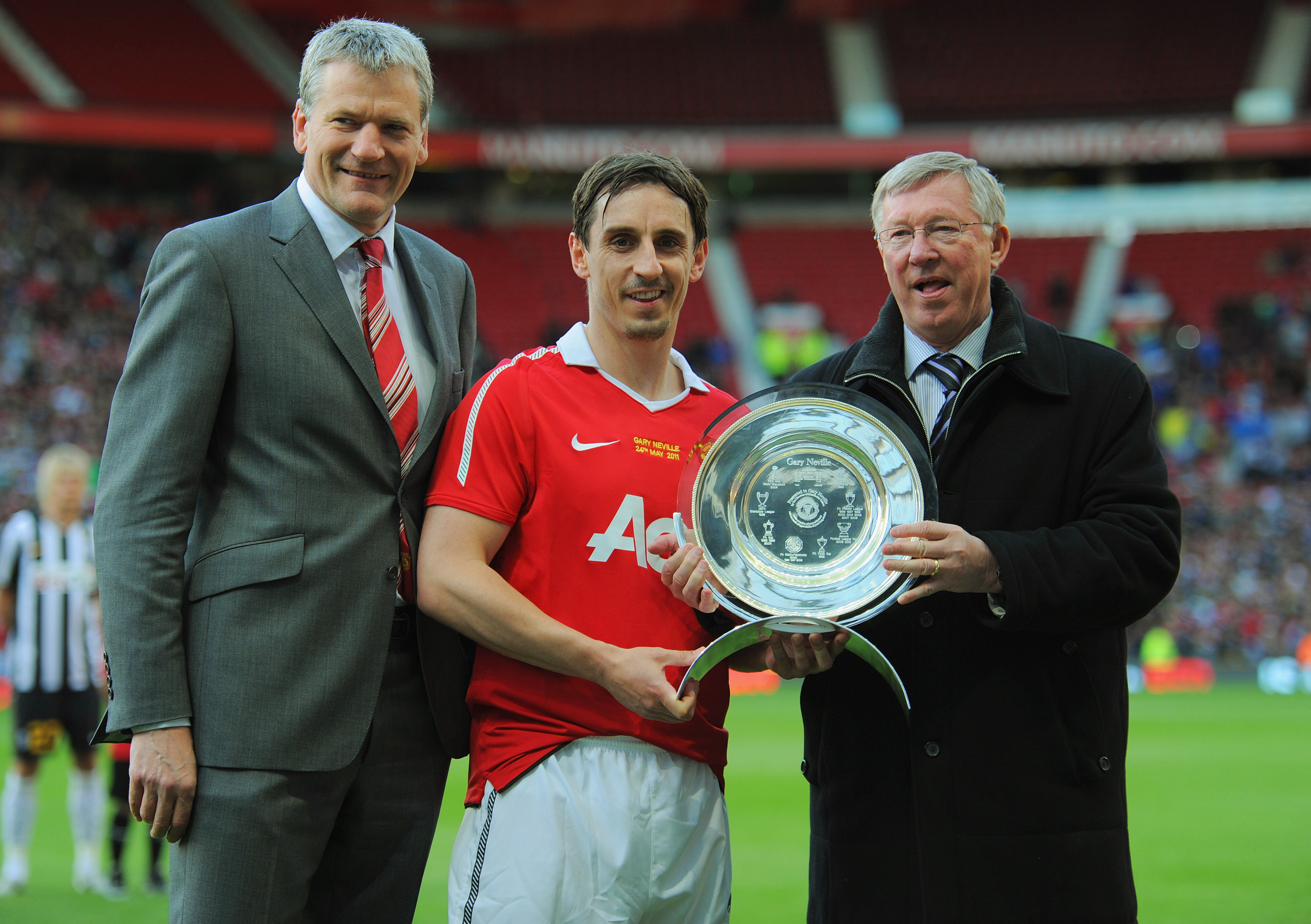 So with this being said I will now attempt to foresee the 25 player roster that will be submitted by United for the 2011/2012 season, bearing in mind that players under 21 do not need to be registered.

As always, feel free to disagree, not for the sake of it, as that school of thought holds no validity, but contrasting selections are welcomed. Anyway, it will be interesting for me to see how right I am come September 1.

I am including players like Ravel Morrison, Varane and Macheda as in and around the playing squad, but as they are all under 21, have given the numbers to players that are over-age and therefore need numbers to be eligible. 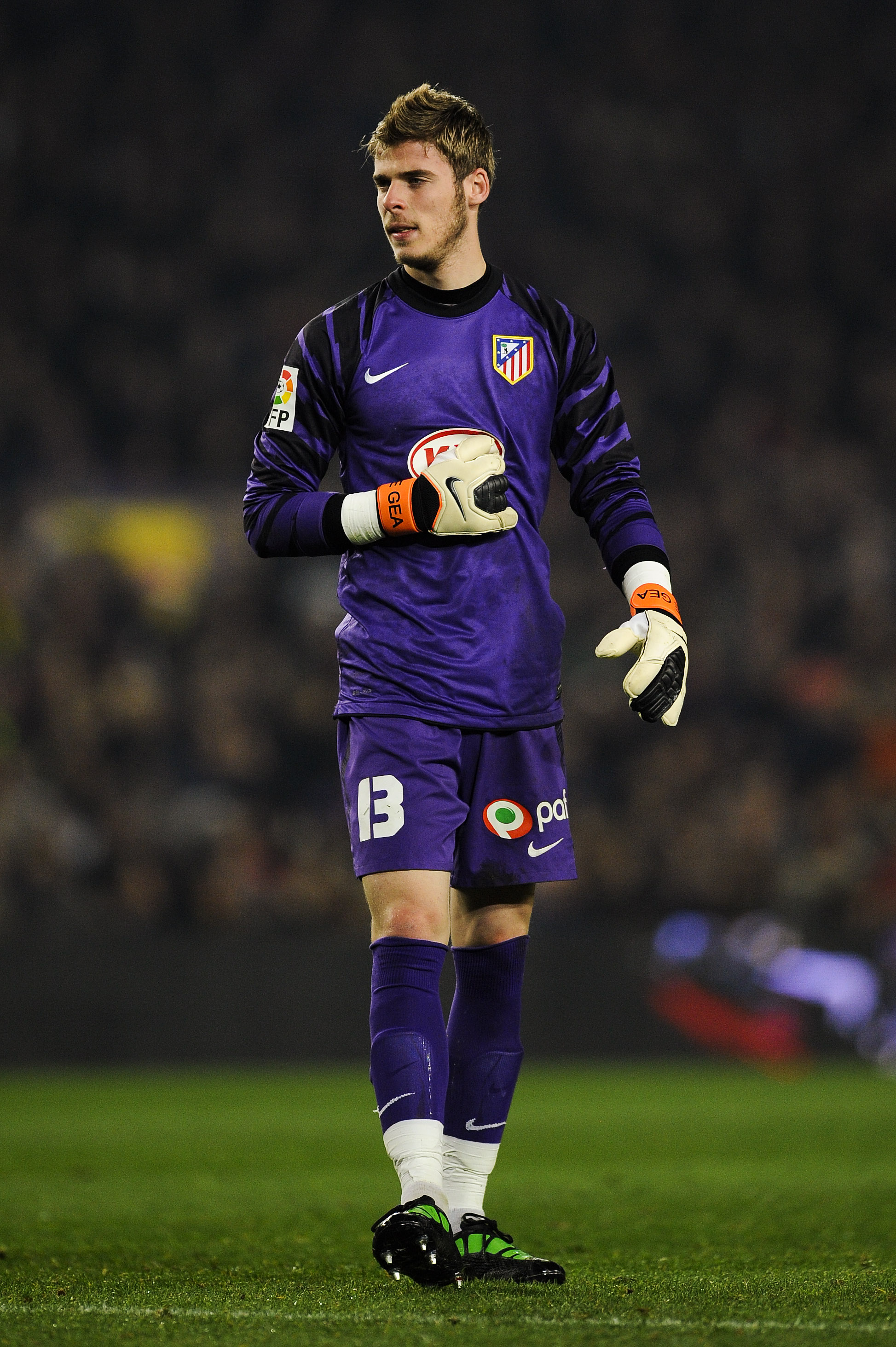 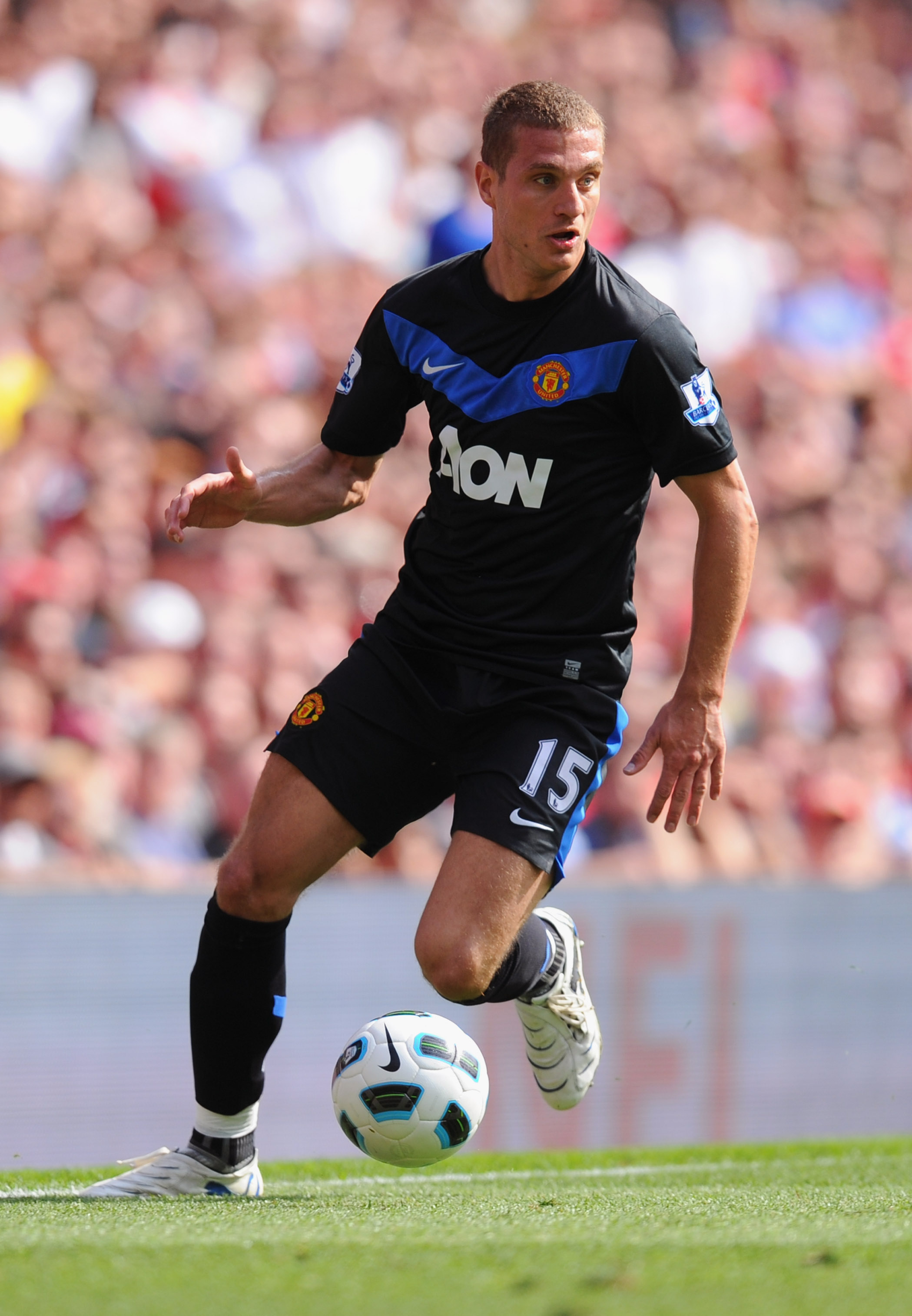 Midfielders: Sneijder, Young, Giggs, Nani and the Rest of the Crew 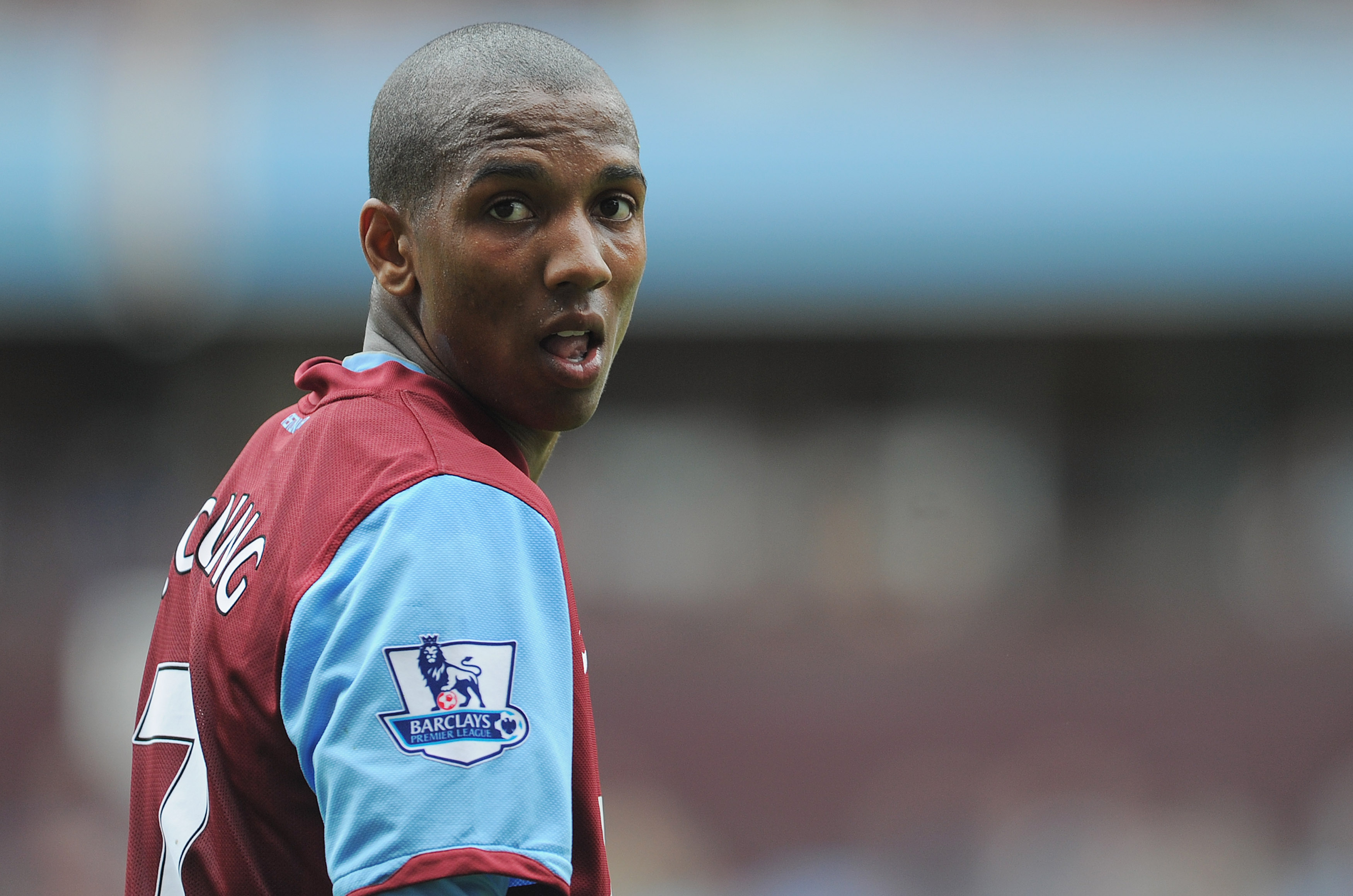 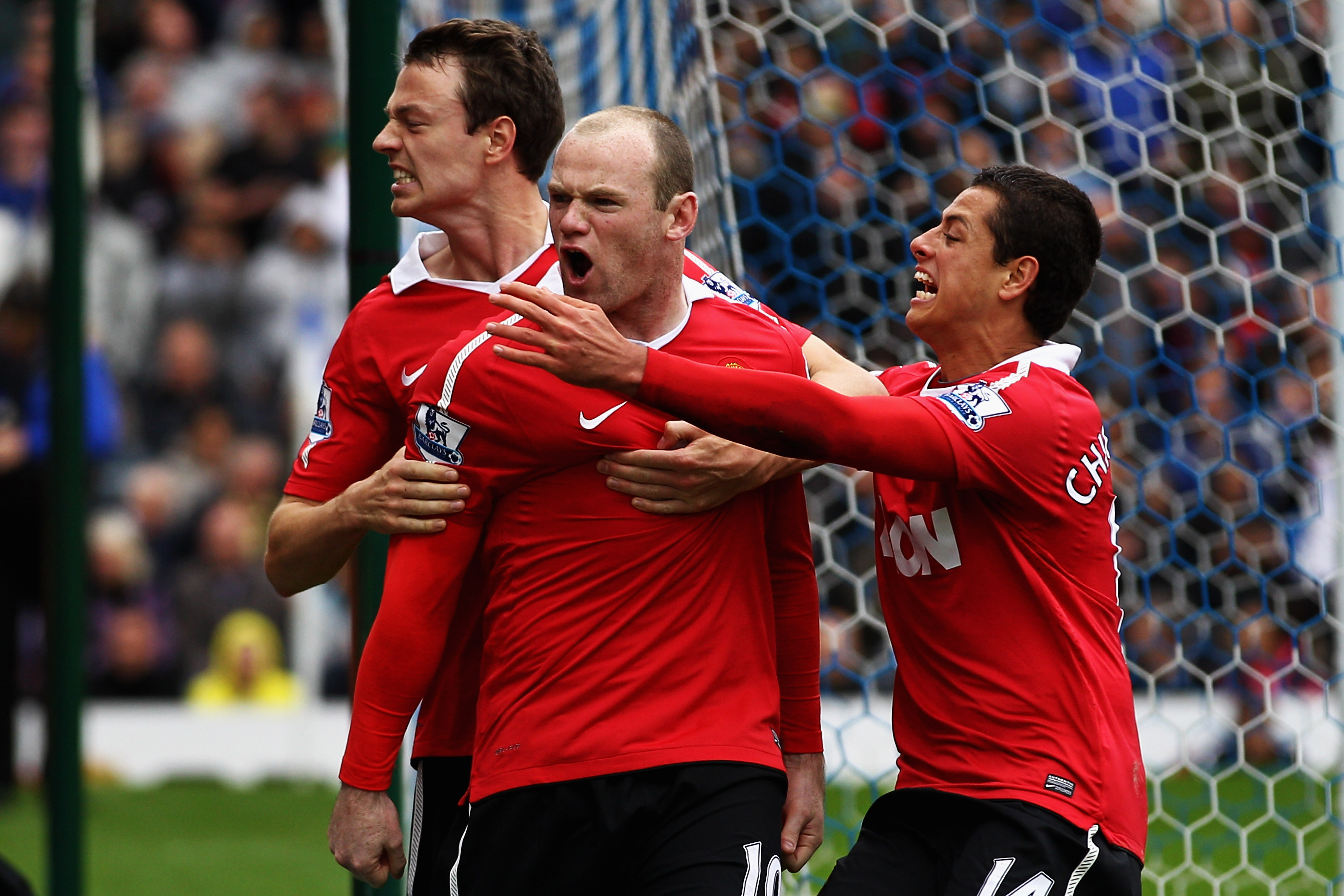