The next great leader for Juventus, Giorgio ChielliniValerio Pennicino/Getty Images

It's official, the old lady has sung. Juventus' season is over. In a season that started with great change and promise, the team instead finished a disappointing seventh. Seeing as how they finished in the same position last year, some fans may be consoling themselves with the fact that at least Juventus qualified for the Europa League. But, this year things are different.

This offseason provides many exciting possibilities for Juventus, with the front office previously stating that they may have a transfer "war chest" of up to €120 million. Many rumors have begun to spread, but most are unfounded. The only concrete move so far is the addition of Andrea Pirlo from AC Milan.

Personally, this "war chest" business makes me all the more bitter that we missed out on Edin Dzeko. The arrival of Goldenboy Matri helps, but I had really been looking forward to Dzeko's (supposed) arrival. Sadly for me (and Dzeko too, it appears) he decided to transfer to Manchester City, where he has struggled at times.

Arguments abound over which weakness needs the most urgent fix. Many would say the fullback corps, and I would be inclined to agree. However, the team could use an extra striker and perhaps an extra winger to help aid Pepe and Krasic. Perhaps even a third talented winger to share time with Pepe.

One rumor that I am putting some belief in is the alleged Juventus interest in Brazilian Michel Bastos. Bastos pays the bill by playing for French side Olympique Lyonnais as a winger, though he has some experience as a left back as well. Bastos is the kind of player I described above, so I (and perhaps the Juventus front office too) believe that he would be a wise buy.

I must stop myself though, as this column is not about the summer transfers. That will come at a later date. No, this is about the season that has just ended. 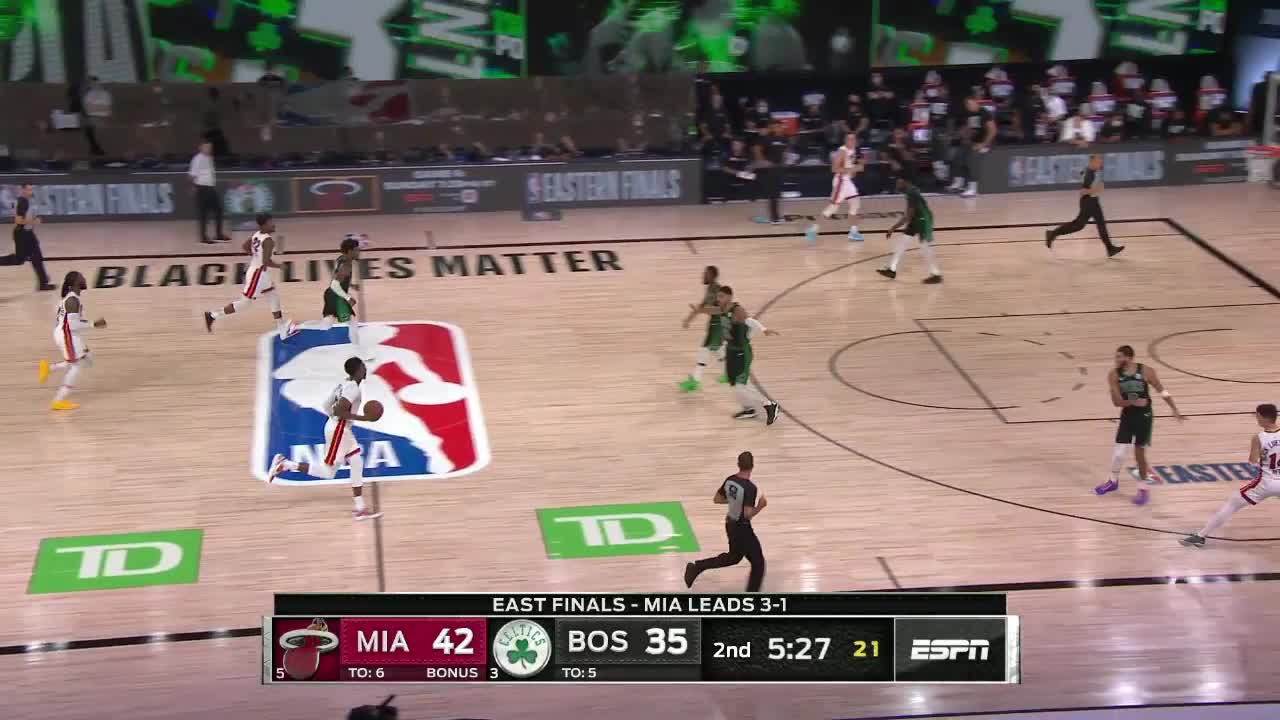 Juventus started the season by stinking it up in a 0-0 draw with Bari, though some flashes of future ability showed. In the next game, against now-relegated Sampdoria, the Juventus offense entered into a shootout against the Sampdoria attackers and the 3-3 tie helped legitimize Milos Krasic in the Serie A.

For the most part, Juventus settled into a nice groove for a while. They tied Inter 0-0 in a wonderful defensive performance and weeks later defeated now-champions AC Milan in a 2-1 game whose scoreline barely reflects the Turin side's dominance. Through the beginning of the winter, Juventus continued to impress and looked poised to possibly challenge Milan.

We know what happens next. Juventus drop like a sack of potatoes to Parma and Napoli, and Quagliarella goes down. Plus, Felipe Melo gets himself in trouble once again. These games sent the team into shock, and though they did put on a few good performances in February (most notably a 1-0 victory over Inter), energized by the transfer of Alessandro Matri, the seeds were planted for future trouble.

That trouble came in late February and March. Juventus dropped to Lecce, Bologna and Milan, in succession. That just about ended their hopes of challenging Milan. Now, they had to fight to qualify for the Champions League. Things stabilized after that and Juventus went unbeaten (though with a bit too many draws) until they lost two weeks ago to Parma.

Now that the team's performance has been summarized, it's time to point out a few of the notable individual performances of the team. Here they come, in award form.

The Bill Brasky Performer of the Year

This one goes out to none other than Claudio Marchisio. While he may not have always been in the spotlight, his successful transition to his customized role in Delneri's 4-4-2 was integral to the team's defensive ability.

On the days when Juventus would really show up, Marchisio would always be fulfilling his duty. Some have commended him for giving up his offensive duties (and the goal scoring potential and attention that comes with that) for the greater good of the team; I must join in these calls. Bravo Claudio, here's to you.

Better Late Than Never: Midseason Transfer Of The Year

Ladies and gentlemen, Alessandro Matri. The former Cagliari man (loaned out but most likely to be permanently extending his stay) was picked up right before the January deadline. He was a needed replacement for the injured Fabio Quagliarella, who had led the team with nine goals in 17 games.

Matri, who was described as "handsome" by an announcer in his debut, tied Quagliarella's nine goals but did it in 15 games. Assuming they can keep both, they will have a fearsome striker duo next season, with the veteran Quagliarella and the youngster Matri.

This one goes out to the man who—much like former President Carter—was blamed for many things he shouldn't have been, Luigi Delneri. Delneri, who has coached several Italian teams with success before (his past team, Sampdoria, were relegated this year, their first without him), was a wise choice for the next coach of Juventus. At least, that's what it seemed like at first.

His 4-4-2—relying on an unorthodox midfield formation, with Marchisio playing in between midfield and the wings in a defense mezz'ala role—at first displayed much defensive strength. However, the team mysteriously began to play with an incurable sense of bewilderment and the bad results began to mount.

Some of the losses were on him; a few games went wrong due to his insistence on sticking with his formation, but for the most part (and Chiellini has said this), this slump is on the players.

Despite that, Mr. Delneri's tenure in Turin has been ended after only one season. He will move on to his next rebuilding project, and Juventus are rumored to be going after former Juve star Antonio Conte.

The Trevor and Cory Award

This award, dedicated to Trevor and Cory from the television series Trailer Park Boys, goes to the player that displayed the greatest inability in the sport. Undoubtedly this one goes to Marco Motta.

He seriously damaged Juventus' efforts to win in several games due to irresponsible tackles, stupid fouls, mystifying errors in man marking and a general inability to think straight. Hopefully, Juventus will rid themselves of Motta and a suitable right back will be brought in.

Like a bizarre opposite version of Gianluigi Buffon, journeyman keeper (as opposed to Buffon who played with Parma before starting his almost decade-long stay with Juventus) Marco Storari appeared this summer to fill in for the injured Buffon.

Indeed, he performed this task admirably, though his manner was opposed to Buffon's. Juventus would be wise to keep a hold of him this summer, as a good backup keeper is always a strong asset.

Congratulations to Milos Krasic for receiving the One-Trick Pony award. As a disclaimer, I must state that Krasic is very able at his job, just a bit repetitive.

New to Juventus, Krasic dazzled at the beginning of the season with his firepower. However, he began to struggle after a much-publicized and controversial dive in a game led to ill treatment from referees. Frazzled by the treatment of the officials and the fact that he was fouled several times a game with most of those fouls going unpunished, Krasic began to rely on the same technique (run to guy and then dribble around him) and obviously began to sputter.

Given to the player who performs the most at an old age, the Carlin is dedicated to master comedian George Carlin, who performed until his death in 2008 at the age of 71. This year's Carlin can go to no other than the captain himself, Alessandro Del Piero.

At 36 years old, Del Piero just finished a season where he scored eight goals, second most on the team. He secured his position as the most capped Juventus player and as the greatest scorer in Juventus history. Del Piero will continue to be an anchor for the team, on and off the field, until he retires.

Giorgio Chiellini and Leonardo Bonucci were two very good defenders before this season, though Bonucci struggled for recognition. But working together for the first time this season, they formed a powerful defensive duo that was arguably one of the best center back partnerships in the world (at times).

There was a period in late 2010 (October until December) where the Juventus center defense was impeccable. There were goals given up, some the fault of the center defense but most from the wings. However, the fact that Juventus (and the Italian national team) can count on Bonucci and Chiellini to steady their defenses will give confidence to many tifosi over time.

That's it folks. The season is over, the awards are handed out. The only thing left to do is wait for confirmation on the new coach (most likely Antonio Conte, we will see how that turns out) and wait for more transfers. Perhaps Andrea Pirlo was the first of many impressive newcomers. We will see, but first the team must secure their on-loan players, such as Alberto Aquilani, Matri and Quagliarella.