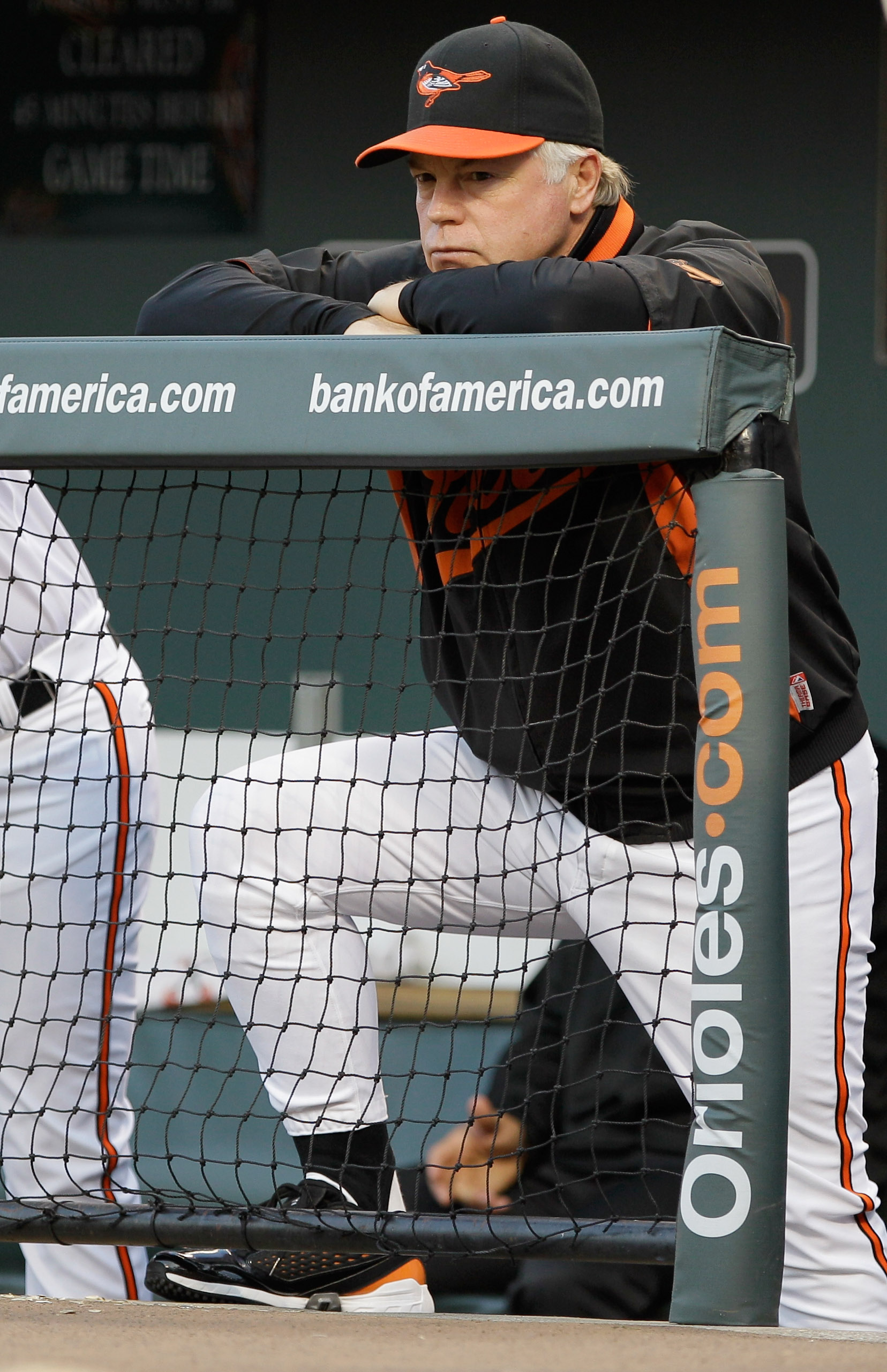 The Baltimore Orioles are a franchise filled with history.

From Hall of Fame players, to a beautiful ballpark, to "The Oriole Way," there are many reasons for Orioles' fans to be proud of their team's history.

Of course, that includes the club's managers of the past and present as well.

Every team has managers that the fans can look at or back on and say, "Wow, now THAT guy is a baseball man." Here, we'll be taking a look at the top ten guys who have filled out a Baltimore Orioles lineup card.

The managers who will be looked at will be only from after the team had moved to Charm City, prior to the 1954 season. So, nobody who managed the St. Louis Browns will be considered for this list. Just Baltimore Orioles men. 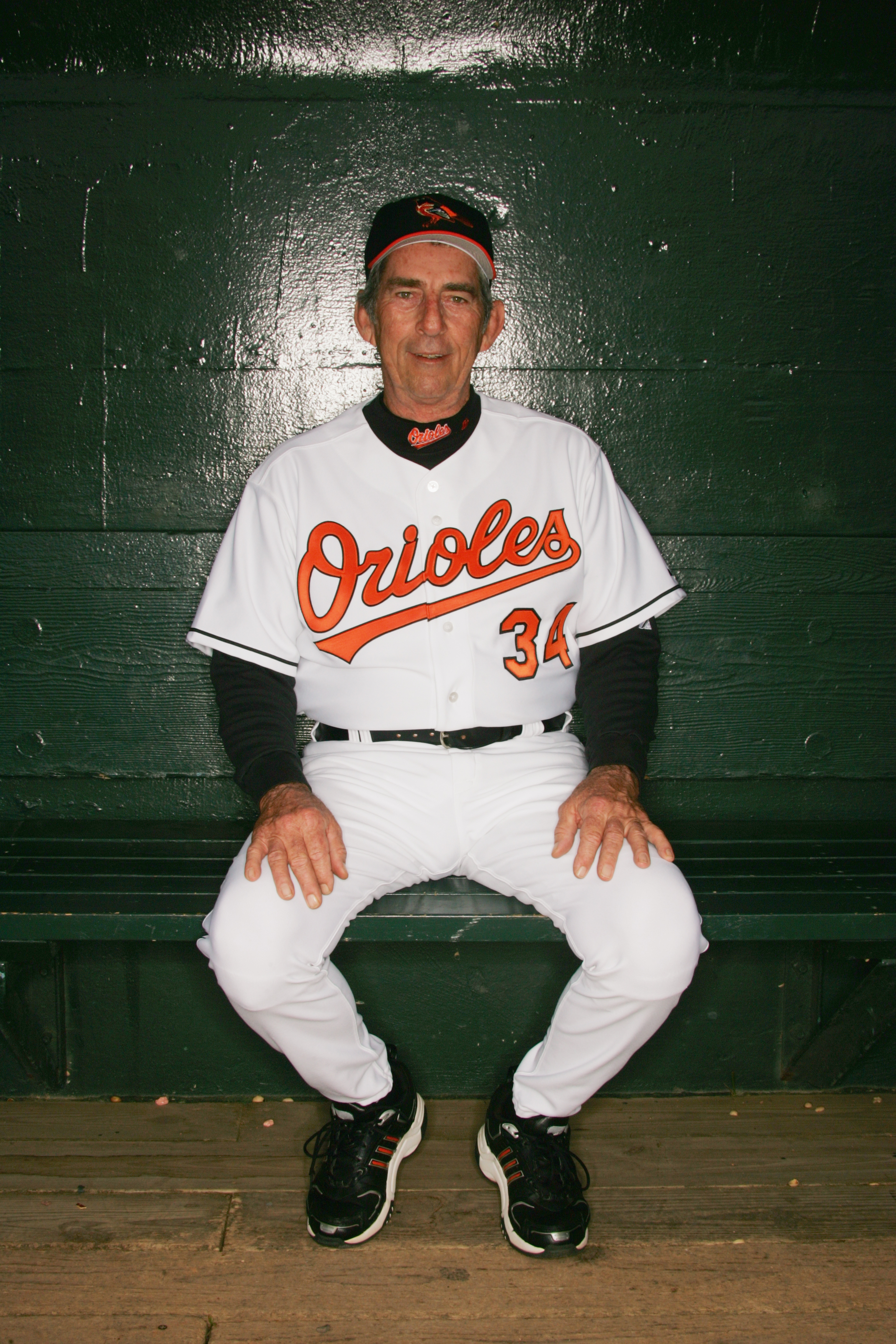 Ray Miller didn't have a spectacular run as the Orioles' manager, compiling a 157-167 record and a win percentage of .485 over two season.

But he makes this list because he has a top 10 win percentage in Orioles' history and is one of the most beloved coaching figures in Baltimore baseball.

One of the most respected pitching coaches in the game's history, he took back that role with the club from 2004-2005 after his firing from the managerial position in favor of Mike Hargrove after the 1999 season.

The pitching staff showed improvement under his mentoring at that time, but unfortunately, a successful surgery to repair an aneurysm sidelined him after that. 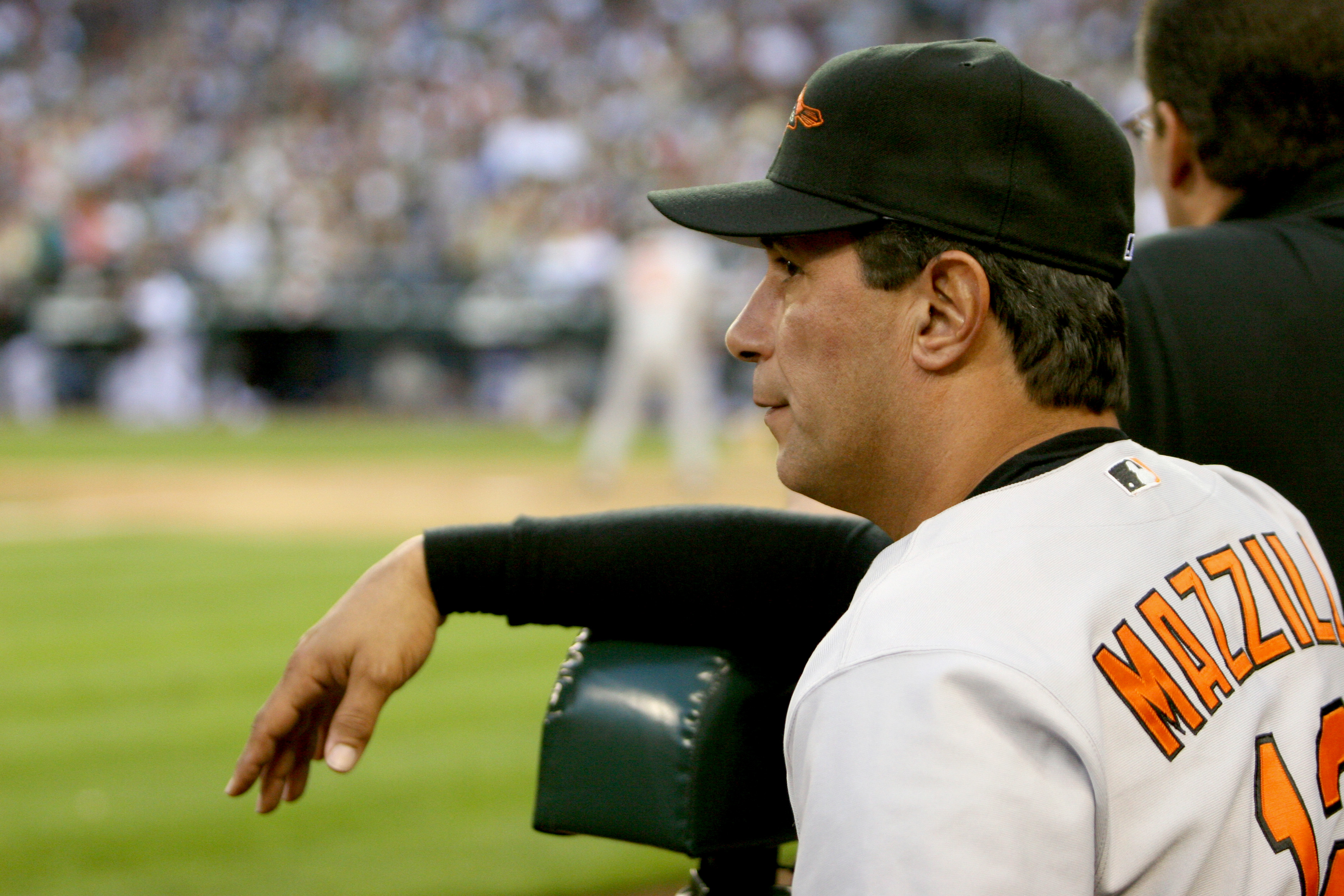 Named the Orioles' manager prior to the 2004 season, Lee Mazzilli didn't last long in a Baltimore uniform, being fired from his post on Aug. 4, 2005, just before finishing his second full year as the team's manager.

Though his career win percentage with the team was at .480, he did accomplish something during the 2004 season that no other O's manager has done since the 1997 season: Finish above fourth place in the AL East standings.

Mazzilli lead his 2004 Birds to a third place finish that year, the highest mark the team has finished at during their miserable 13 consecutive years of losing.

Even more impressive was the 62 straight days of sitting in first place in the AL East at the beginning of the 2005 baseball season. No one saw that coming, nor did anyone predict the collapse of the team after the All-Star break, which is what lead to Mazzilli's eventual firing, and a fourth place finish in the AL East that year. 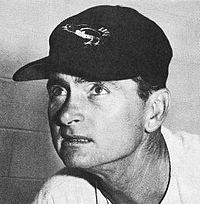 While compiling a 517-539 record over seven season, for a win percentage of .490, Paul Richards served as both the manager and general manager of the O's for the first four of those seasons.

Richards loved hard-throwing pitchers and defensive wizards, and his greatest signing was that of Brooks Robinson.

His tenure as the club's general manager ended in 1959, when Lee MacPhail was hired to take over that post, though he'd go on to manage three more season in Baltimore, winning the American League Manager of the Year award in 1960 after taking his club to a second-place finish, his personal best. 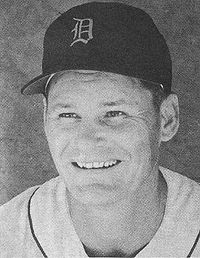 In replacing the man on the previous slide in terms of the full-time managerial position, Billy Hitchcock managed the Baltimore Orioles for two seasons, his best of which was 1963, when the team went 86-76. He was replaced, however, by Hank Bauer before the start of the 1964 season. 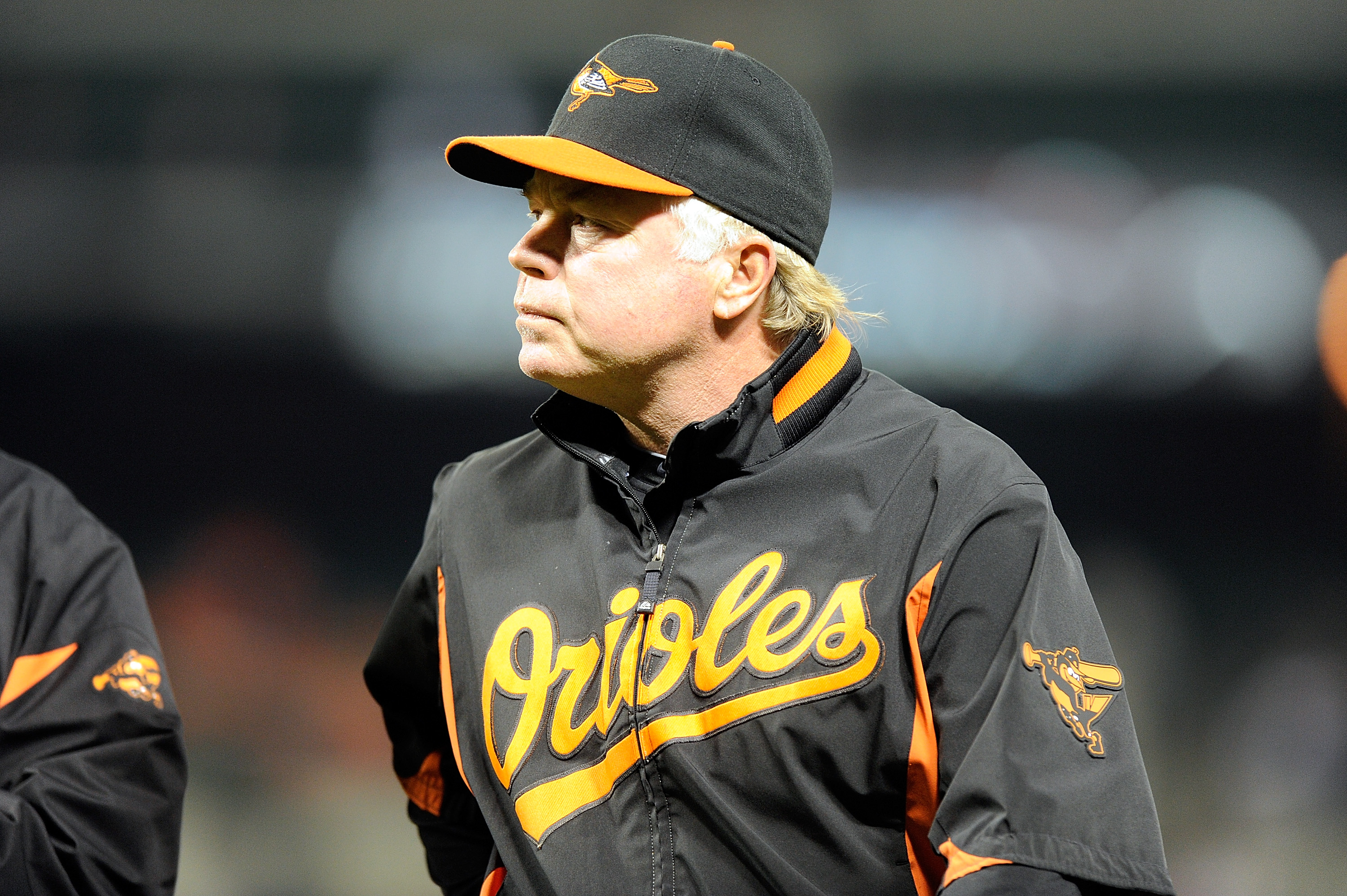 As of after Tuesday's action around the MLB, which was an off day for Baltimore, Buck's O's sit at 21-24, just three games under the .500 mark, and only three-and-a-half games out of first place in the tight AL East race. That's incredible, considering what the team has gone through already this year.

Known for his ability to turn around struggling but promising ball teams and his control-freak manner of managing a club, he was hired by O's President of Baseball Operations Andy MacPhail on July 29, 2010, after Dave Trembley had been fired earlier in the year.

Choosing the uniform number of 26 in honor of former O's manager Johnny Oates, Showalter took over the helm on Aug. 3, 2010, inheriting a league-worst 32-73 ballclub and managing them to a 34-23 finish. Finishing with said record made him the only manager in baseball history to have more wins during the same season as his two predecessors combined, those being Trembley and Juan Samuel.

Many O's fans like to compare Showalter's looks and mannerisms to former O's manager and legend Earl Weaver. Do you see it? 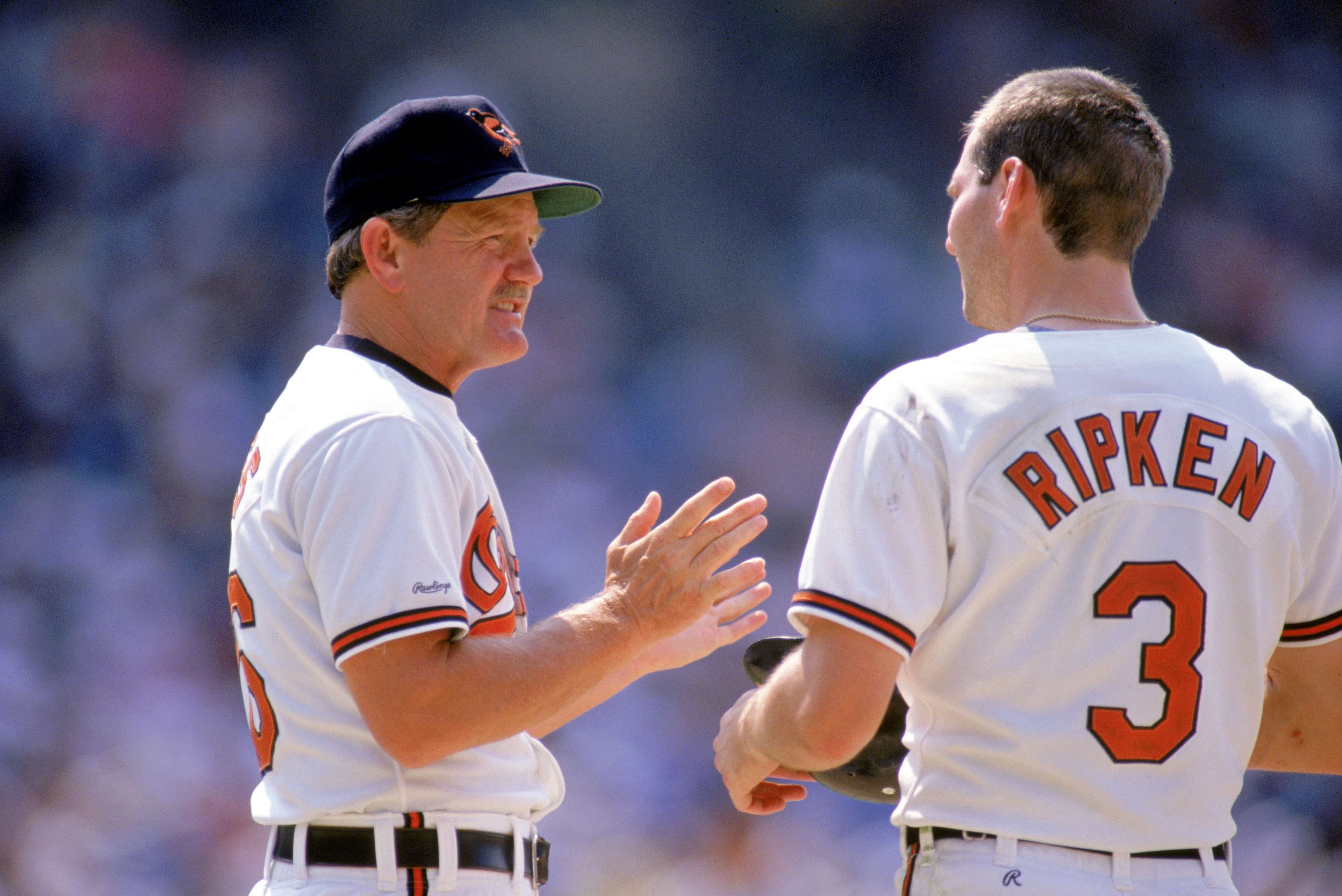 After former baseball great Frank Robinson's Orioles started the 1991 season with a 13-24 record, Johnny Oates was called upon to replace him.

His first full season as manager was in 1992, when he led the team to an 89-73 record. The following year, the team was only slightly worse, finishing at 85-77. He won The Sporting News Manager of the Year award that season.

After the strike-shortened season of 1994, however, Oates was dismissed by then new team owner Peter Angelos.

He finished his Orioles managerial career with a 291-270 record and a .519 win percentage. 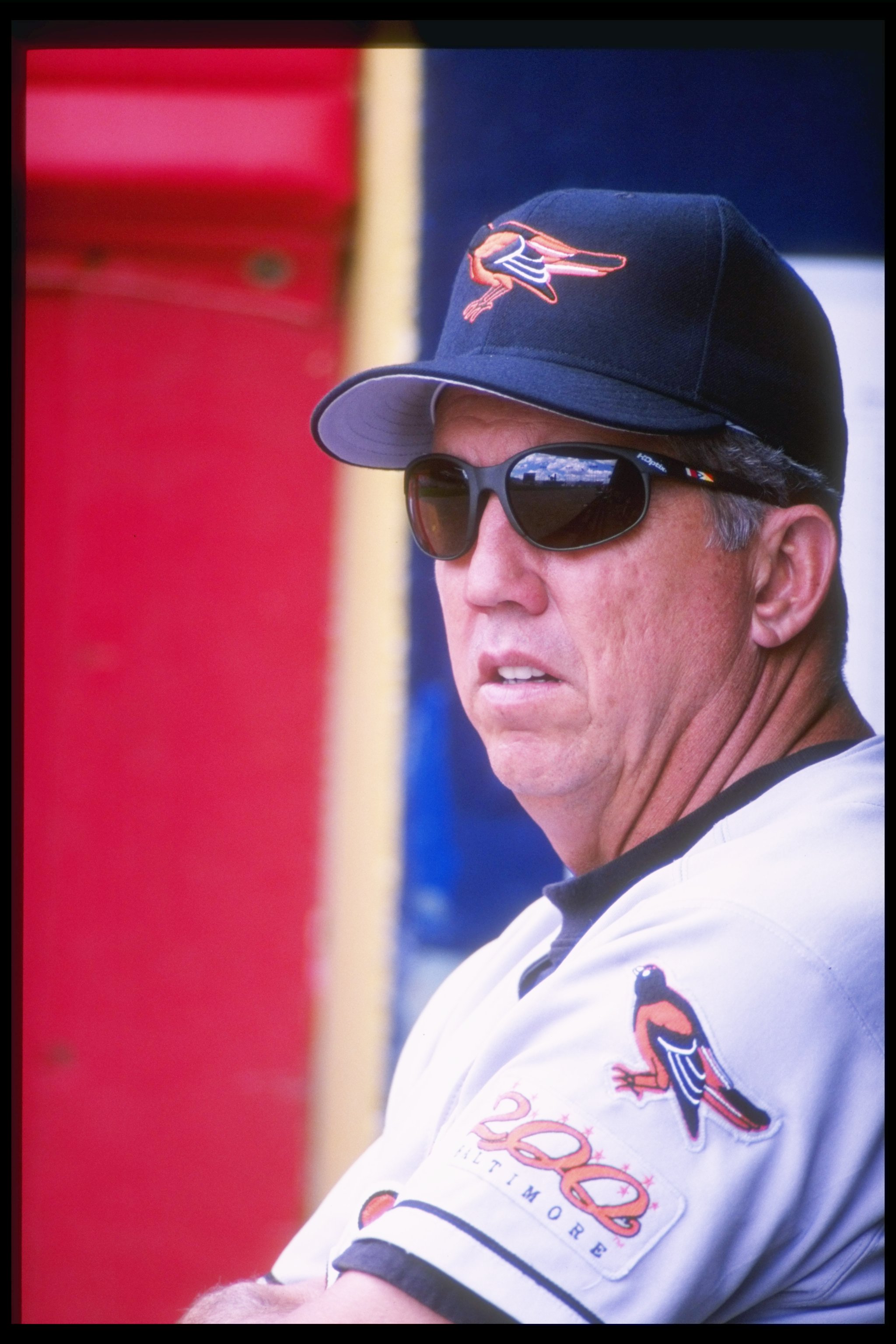 Come 1996, the Baltimore Orioles hadn't been to the postseason since their World Series victory in 1983.

Davey Johnson quickly changed that, leading the team to an AL Wild Card berth in his first season as manager.

He would then go on to manage the team to an AL East first place finish in 1997, but that 1997 season wasn't a peaceful one by any means.

Everyone who is an O's fan knows that Johnson couldn't get along with owner Peter Angelos; the two almost never spoke to each other.

After a disciplinary action taken against the team's second baseman, Roberto Alomar, by Johnson, Angelos confronted Johnson about it once the 1997 season had ended. Johnson offered his resignation, and Angelos accepted. All on the same day that it was announced Johnson had won the AL Manager of the Year award.

The Orioles haven't had a winning season since 1997. Could it be "The Curse of Davey Johnson"? Or, maybe more appropriately, of Peter Angelos. 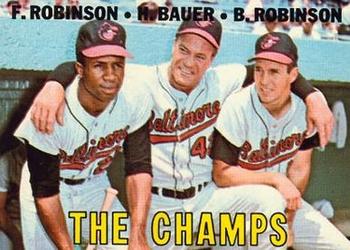 Going into the 1964 season, Orioles' management wanted a firmer hand in control of the team on the field, and hired Hank Bauer to do the job.

In 1964, the Birds contended aggressively for the AL pennant but finished third. However, after singing future Hall of Fame outfielder Frank Robinson, the O's would go on to win their first AL pennant and World Series championship in 1966.

The Orioles finished second the following season, and once they fell behind the Detroit Tigers in 1968, that season's eventual World Series champions, Bauer was dismissed on July 12 in favor of none other than the legendary Earl Weaver. 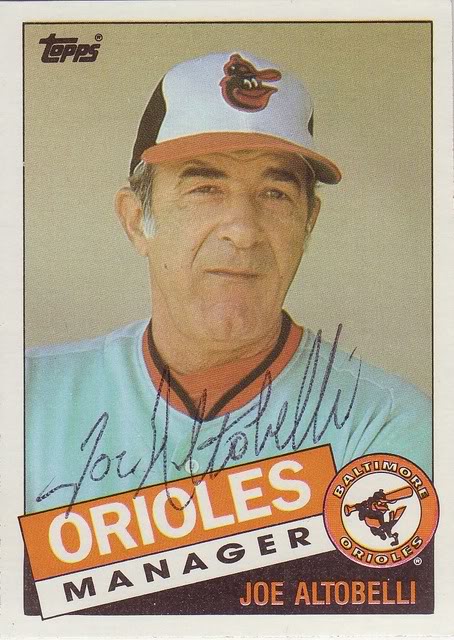 Joe Altobelli was named Earl Weaver's successor prior to the 1983 season.

Altobelli couldn't have done any better, managing the O's to 98 wins that year, the AL title and a World Series championship in five games over the Philadelphia Phillies.

He followed that up with a season of treading water over the .500 mark and then in May of 1985, when the O's were 29-26, Altobelli was relieved of his managerial duties and Weaver came out of retirement. Weaver didn't fare much better, though. 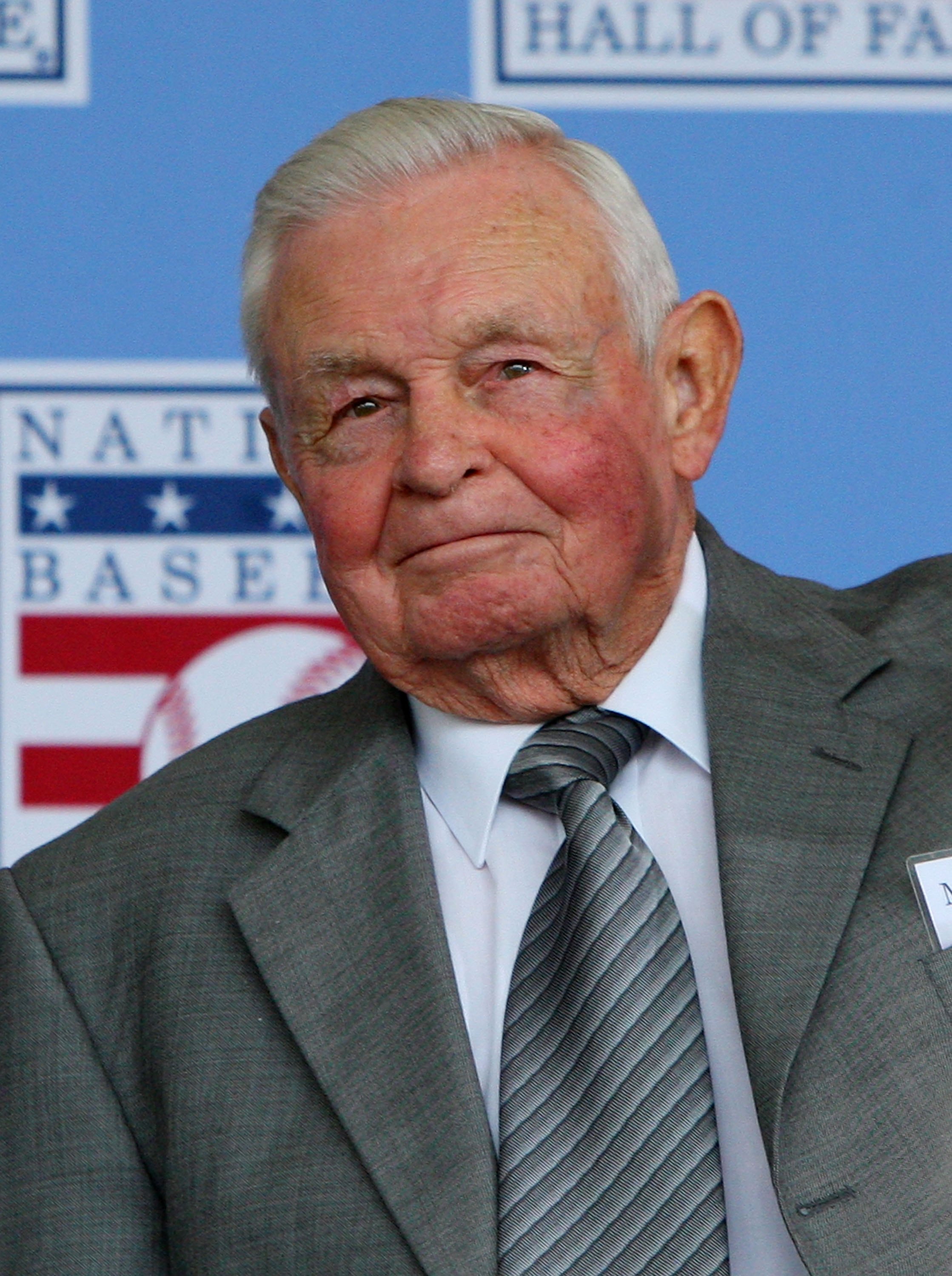 Does this really need explaining?

Weaver was known for his comical tirades towards umpires and was ejected from 97 games throughout his lengthy career, as well as his trademark kicking dirt upon the umps and turning his baseball cap backwards in order to get as close to the ump's face as possible.

Weaver's philosophy was "double-plays and the three-run homer" and didn't even have a sign for the hit-and-run, stating that it puts both the batter and runner in a vulnerable position. He didn't believe in small ball, saying that, "If you play for one run, that's all you'll get."

He also took the use of statistics to  put the team in favorable matchups to a whole new level, such as Mark Belanger, a defense-oriented shortstop with almost no ability at the plate, would bat high in the order when the team faced Jim Kern since his career batting average against the pitcher was .625 over 19 at-bats.

Nope, it doesn't get much better than Weaver, the Earl of Baltimore.