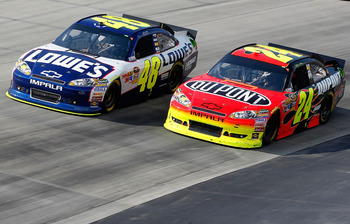 It's here, one of my favorite times of the NASCAR year–the All-Star race.

Anything goes in this race and tempers will flare. Who will spin out who, who will be our surprise winner, and more can be seen in this slide show.

Some predictions are truly outrageous and others may be right on cue so sit back and enjoy the show!

No. 1: Harvick Gets Even 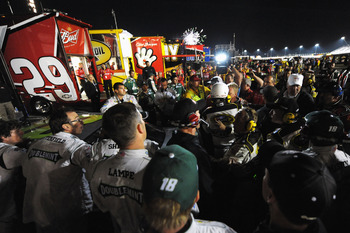 We waited for it last week and didn't see it but Kevin Harvick is itching to go at Kyle Busch.

Busch has bad luck in the race and if Harvick has anything to say about it, that will continue this year.

No. 2: Brian Vickers Is Voted in as a Fan Favorite 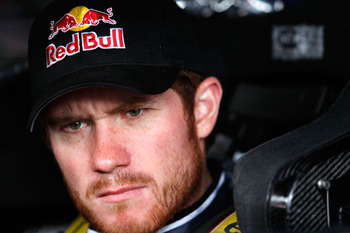 Vickers lost his ride last year but not in the traditional way, instead he lost it to medical issues that he beat to return back to the car this year.

While some fans aren't happy his return kicked Scott Speed out of the car, Vickers did make a lot of fans because of his issues.

No. 3: Johnson and Gordon Take Each Other out 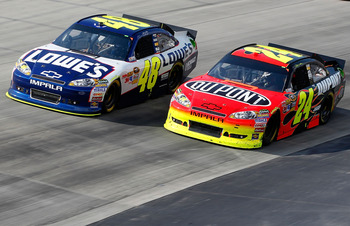 I don't think many people would be too upset to see this happen.

Much like Denny Hamlin and Kyle Busch, Gordon gets into Johnson, wrecking him and making tempers flair for weeks afterward.

No. 4: Carl Edwards Flips Someone 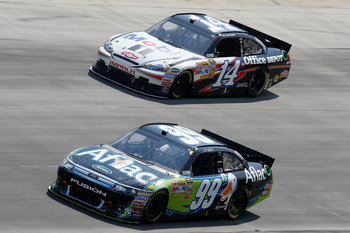 While he's only ever purposely done this to Brad Keselowski, Edwards doesn't have the greatest control of his temper all the time.

One of those times may be battling to the checkered flag with someone for the All-Star win.

No. 5: The All-Star Race Isn't What We Expect 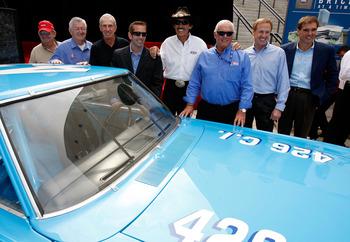 Instead of seeing recent winners on the track, it's a call back to the old days with Richard Petty, Rusty Wallace, Terry Labonte and more of the old time racers running in the all star race.

No. 6: An Unknown Wins the Showdown 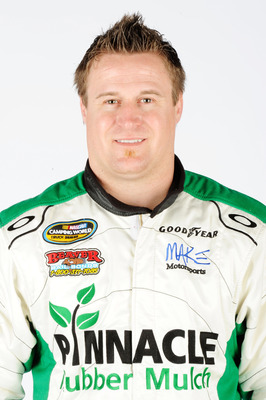 There are multiple lesser knowns on the entry list with names such as T.J. Bell and Derrike Cope on the list.

This would definitely shake up the night.

No. 7: All but Two Cars Get Taken out in the All-Star Race 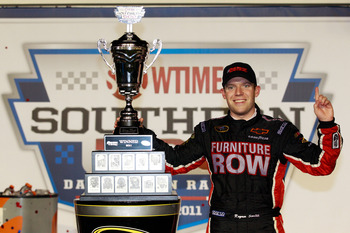 Yes, this is shades of Talladega Nights but there are a ton of wrecks in the race and by the end, cars are clunking along.

Who do I predict will be the two cars that survive if this DOES happen?

Trevor Bayne and Regan Smith. Imagine the talk that would fuel!

No. 8: Newman and Montoya Finish Their Battle 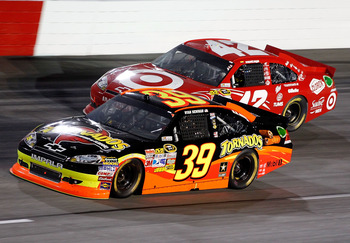 The battle between these two has been overshadowed by Harvick and Busch the last few weeks but Montoya is like a little red Target elephant, he never forgets and Newman needs something to fire him up, feuds are usually the way he does it.

Everyone is going all out in these races so it would be the perfect time to add in a little payback as long as it doesn't screw with your car.

No. 9: Jamie McMurray Prepares for Another Epic Run 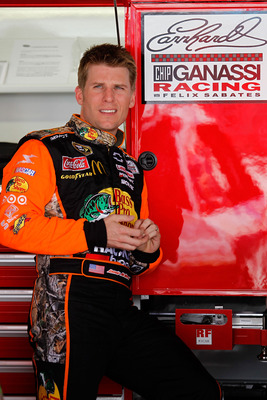 McMurray finishes second in this race before winning the next week's race to leave people in awe of his ability to finish strong in the big races.

Much like 2009, McMurray shows up when he is most needed for his team. 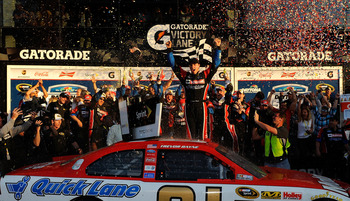 What a fairy tale this would continue to be.

The kid won the Daytona 500, goes into the hospital for a spider bite and is gone for almost a month, returns just in time for the All-Star race and wins it.

You can never say never with this kid because he has proven he can pull off major surprises and this would just be one more benchmark in his young career.