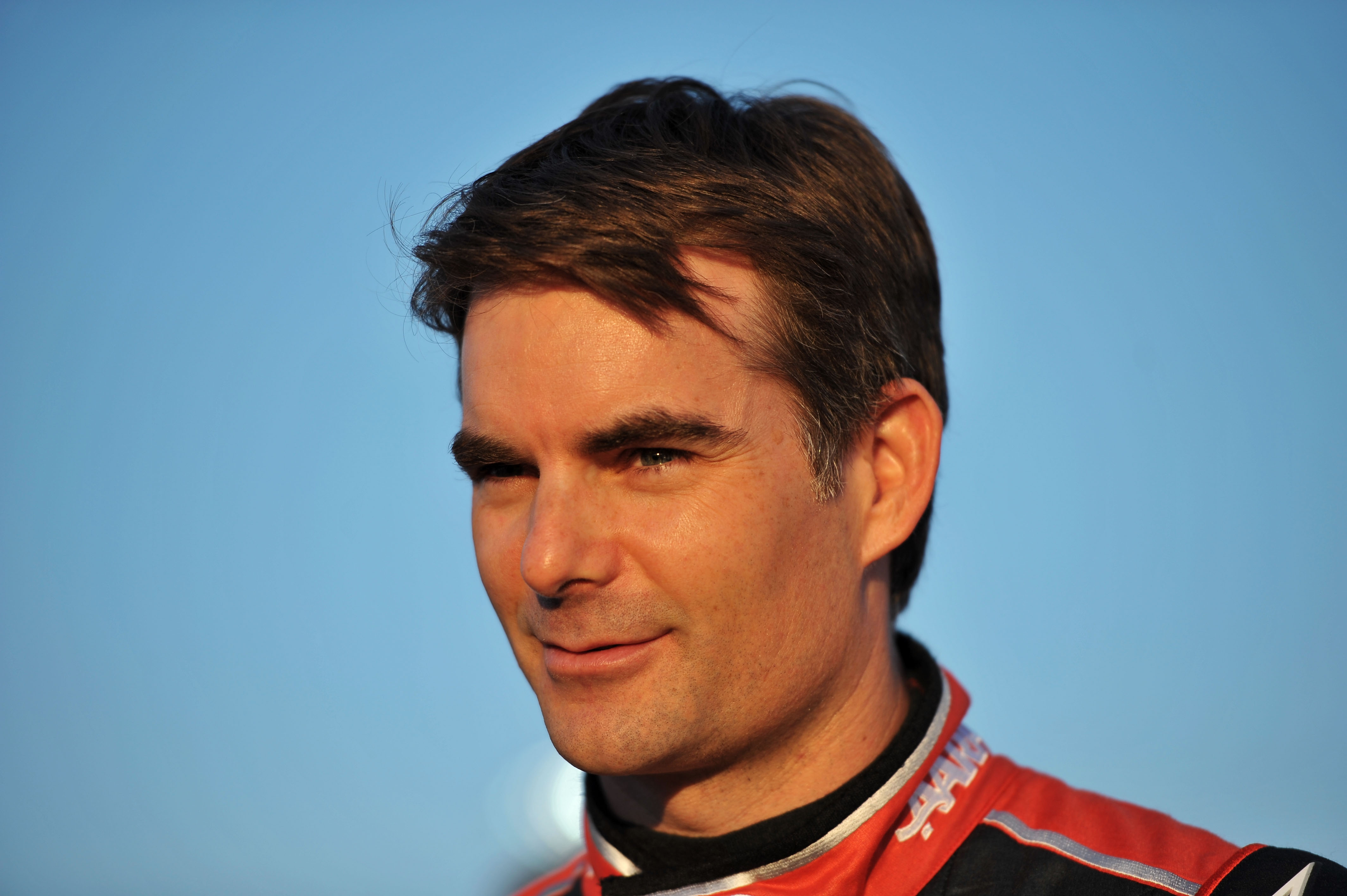 Much like any veteran with the experience he has in the NASCAR Sprint Cup Series, Jeff Gordon has seen his fair share of hard crashes.

However, he often seems to take the worst hits when those hard crashes occur.

One need not look any further than his crash a couple of weeks ago at Richmond and his wreck at Las Vegas in 2008 to find out why Gordon has quickly earned a reputation as one of the toughest drivers on the NASCAR circuit.

Here's a look at what could be the 15 worst crashes in the career of the driver formerly known as the "Rainbow Warrior."

For a three-year period between 2005-07, Sprint Cup races at Charlotte Motor Speedway—especially Coca-Cola 600 on Memorial Day weekend—were as much about surviving the myriad of wrecks that would occur as it was making sure your equipment lasted 500 or 600 miles.

Crossing the start-finish line, he's bumped by a loose Tony Raines. As Gordon appears to save the car by spinning into the grass, he spins back onto the track and is almost T-boned by A.J. Allmendinger, causing a melee in the process.

Heading into Turn 1 at Pocono Raceway, Gordon's brakes fail him at a speed that is certainly near 200 miles per hour at the fast 2.5-mile tri-oval.

The end result is a very hard impact on the driver's side, scraping the sheet metal and leaving only the roll cage.

As always with such incidents at Pocono, it's great to see that Gordon was able to walk away.

During the 2009 Sprint Cup event at Watkins Glen, Gordon's car suffered severe damage as the result of a crash he could not avoid.

Kasey Kahne and Sam Hornish Jr. had contact, sending the No. 77 Dodge into the tire barrier. After Hornish's impact sends him into the middle of the track, Gordon has nowhere to go except into Hornish at full speed.

Amazingly, everyone involved walked away.

Late in the 2008 NASCAR Sprint Cup race, Gordon had a top-five run in the making when disaster struck.

After tight racing accidentally caused him to spin out Matt Kenseth, Gordon winds up loose and spins into the SAFER barrier-less interior wall on the backstretch, causing one of the hardest impacts in NASCAR history. The impact caused the radiator to fly off the car.

"Super G" would walk away from the crash, but not without reoccurring back pains that failed to go away until a procedure over a year later.

One of the tracks with the most deceptive points of impact is Turn 4 at Indianapolis Motor Speedway.

Drivers in both IndyCar and NASCAR who hit the wall at full speed are normally in for a heavier impact than usual; in the case of Jimmie Johnson in 2005, it started the car on fire and made him a bit woozy after getting out of the No. 48 Chevy.

Gordon still returned to the race and made some laps after a flat tire went down 24 laps into the 1996 Brickyard 400, but the right side of the car is completely flat.

Regardless of whether Gordon claims it was a hard hit, he had to have felt it.

In his first-ever trip to Pocono, Gordon felt a hard impact after getting loose and spinning near the exit of Turn 3 via a Hut Stricklin bump.

It's nowhere near as hard as the 2006 incident, but it's still a big wreck.

(By the way, check out the mustachioed "Rainbow Warrior" about one minute in.)

With 100 laps remaining at the Sprint Cup race in Richmond a couple of weeks back, Gordon was somewhat of a victim from the chain reaction racing that ends to happen at short tracks.

After Bowyer bumps into Matt Kenseth, Kenseth accidentally spins Gordon out and into a driver's side impact against the interior wall on the backstretch. Much like the Las Vegas incident in 2008, the interior wall had no SAFER barrier.

With 10 laps to go in the 1994 fall Sprint Cup race at Charlotte Motor Speedway, Gordon is battling with Ricky Rudd for the seventh-place position.

After a period of beating and banging, the two collide going into the Turn 1 wall, causing heavy impact and severe damage to both cars.

Gordon was running in second place behind Mark Martin early in the 1999 Sprint Cup race at Texas when he suffered a flat tire and had hard impact with the Turn 4 wall.

Gordon was visibly shaken after the incident, as it took him a few minutes to climb out of the car.

Another hard impact for Gordon at Texas.

This time around, however, a melee ensues.

In an attempt to stretch the No. 24 Chevy's fuel mileage, Gordon's team miscalculated by a matter of feet just before taking the checkered flag.

As Gordon ran out of gas, Kevin Harvick runs into him on the frontstretch, turning him hard into the outside guardrail. While it seems possible that Harvick could have just passed him, the No. 29 Chevy decided that a little bump and run was appropriate.

Had the 2001 Sprint All-Star Race been a points event, Jeff Gordon may have encountered a major speed bump on his way to a fourth Sprint Cup title.

In one of the most boneheaded decisions in NASCAR history, race officials decided to start Segment One as planned, despite there being obvious flashes of lightning in the area. Additionally, the green flag was waved with a visibly damp track.

As one would expect, no one had grip, and a huge melee ensued which took out essentially the entire field. Gordon had hard impact from virtually every angle.

However, NASCAR officials allowed teams to use their backup cars when the rain finally stopped and the race resumed. Gordon's team did so and won the race.

Gordon's right front tire goes down while the No. 24 Chevy is in the top 10, causing him to slam the SAFER barrier-less walls.

Luckily, Gordon appeared fine when he was interviewed later.

After Tony Stewart appears to spin out Andy Hillenburg into the racing groove at what was essentially a one-groove Darlington Raceway at the time, Gordon has nowhere to go except to plow into Hillenburg on the driver's side, creating hard impact for both cars and drivers involved.

Gordon cuts a tire and pancakes the right side of his car against the Turn 3 fence.