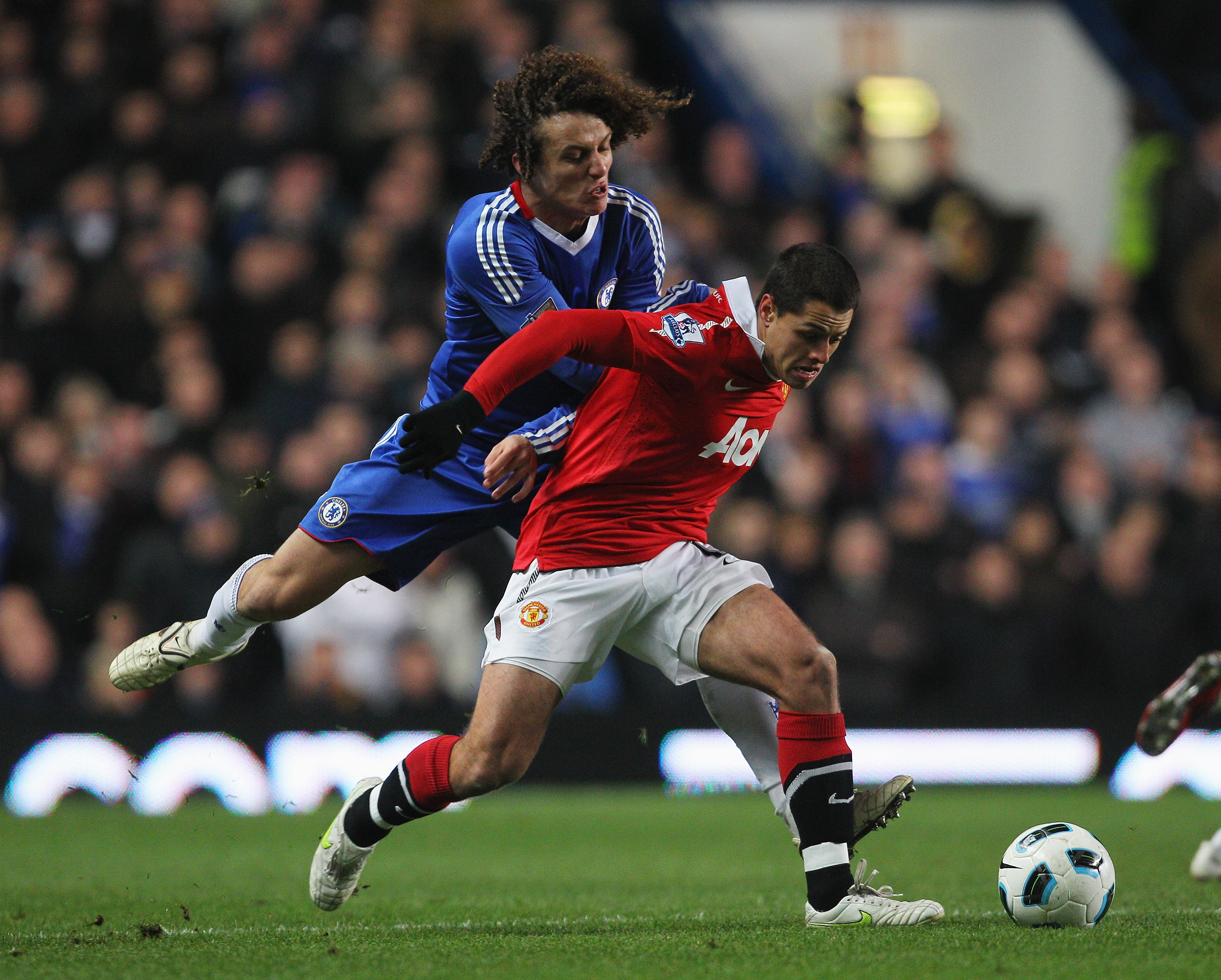 The Premier League is arguably the best football league in the entire world. World class players grace the pitch every game played during the season. A fast-paced game that needs the combination of wits and strength takes more than an ordinary player to succeed in English football. 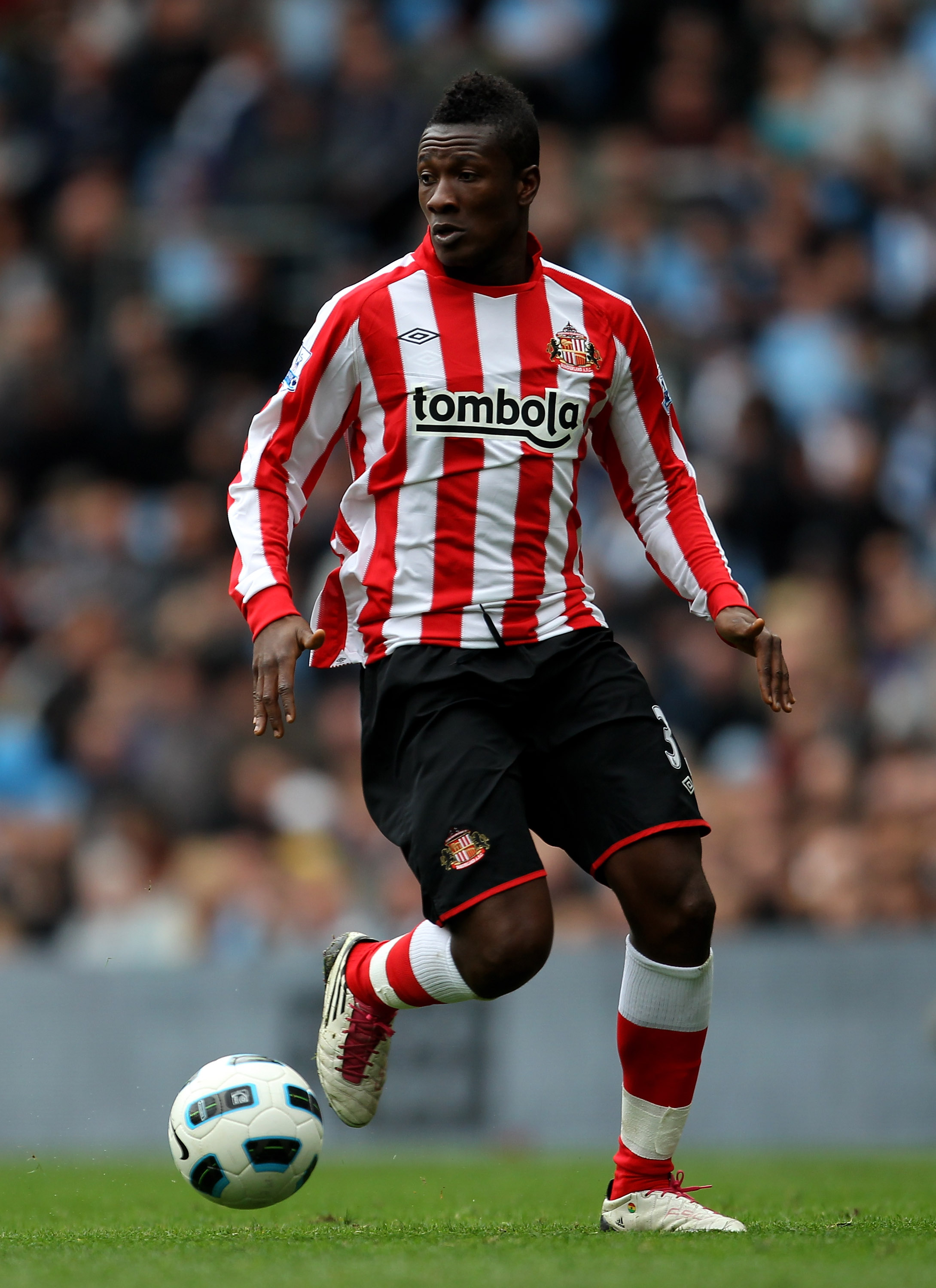 An extremely talented Ghanian Striker who possesses speed and finishing skills. Asamoah Gyan started his professional career in his native country of Ghana, where he represented the Liberty Professionals. After a successful season in Ghana, he caught the attention of various European clubs, before eventually signing for Udinese of the Serie A.

On 11 July 2008, Asamoah was signed by French Ligue 1 Club Stade Rennais for four years. Gyan played 48 times for Rennes, scoring 14 goals. By the end of his stay at Rennes, he became a well-known goal-scoring figure where he attracted the likes of English clubs such as his current club Sunderland.

On 31 August 2010, Gyan signed for Premier League club Sunderland on a four-year deal. The fee was approximately £13 million, breaking the club's previous transfer fee record, which was paid to Tottenham Hotspur for striker Darren Bent. 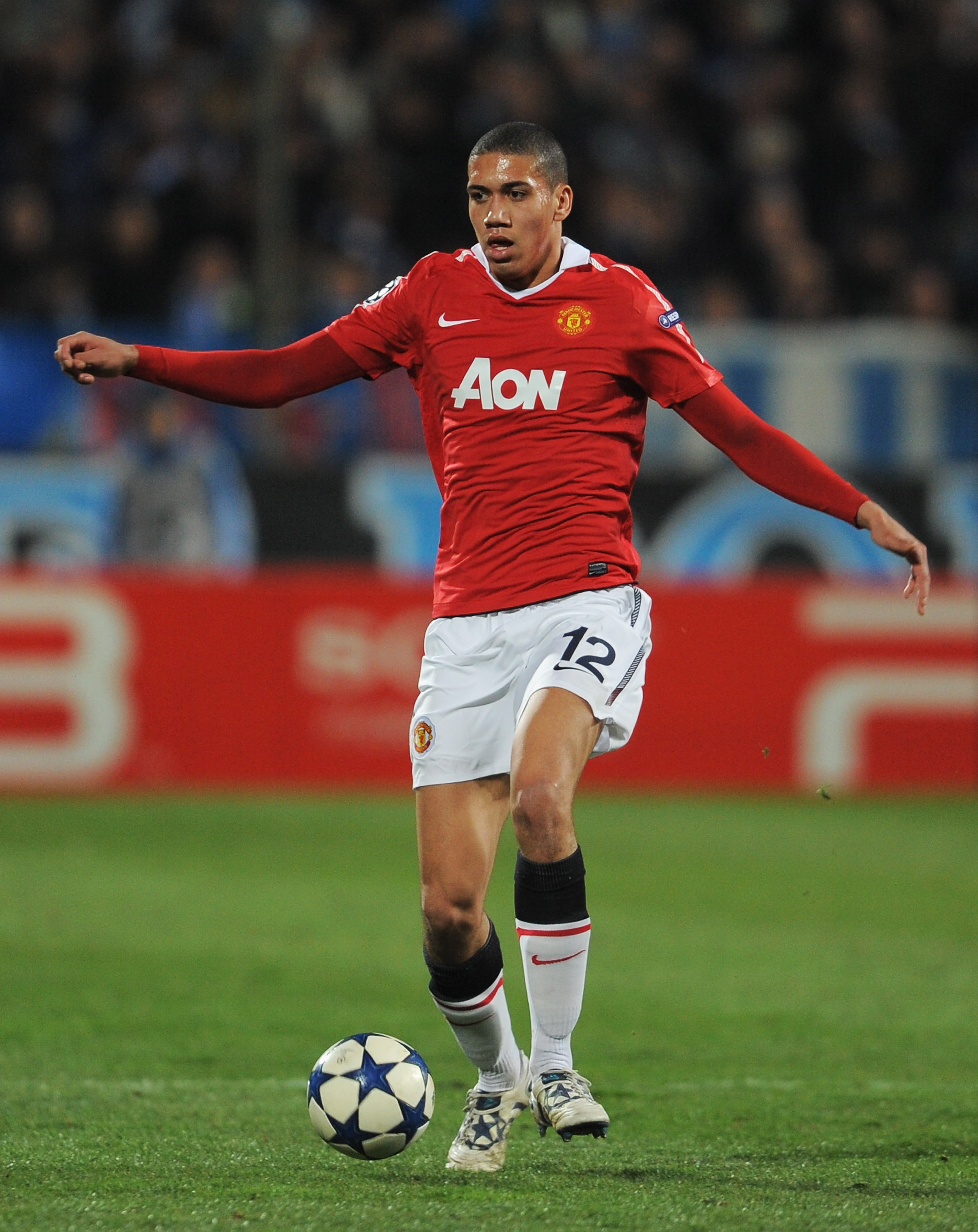 Chris Smalling spent his young career with Maidstone United, where he played on the senior team for one year before being signed by Middlesbrough in May 2008 for a two-year spell. Shortly after that, Smalling and Boro parted ways due to homesickness for Smalling.

In June 2008 he signed for Premier League side Fulham. His solid play on the defensive end caught the attention of Sir Alex Ferguson, which led to his eventual signing with Manchester United in 2010.

Due to the absence of Rio Ferdinand throughout the season, Smalling has had his fair share of opportunities to prove his worth on the back line, in which he has. The 21-year-old defender could be the face on Manchester United's defenders for seasons to come. 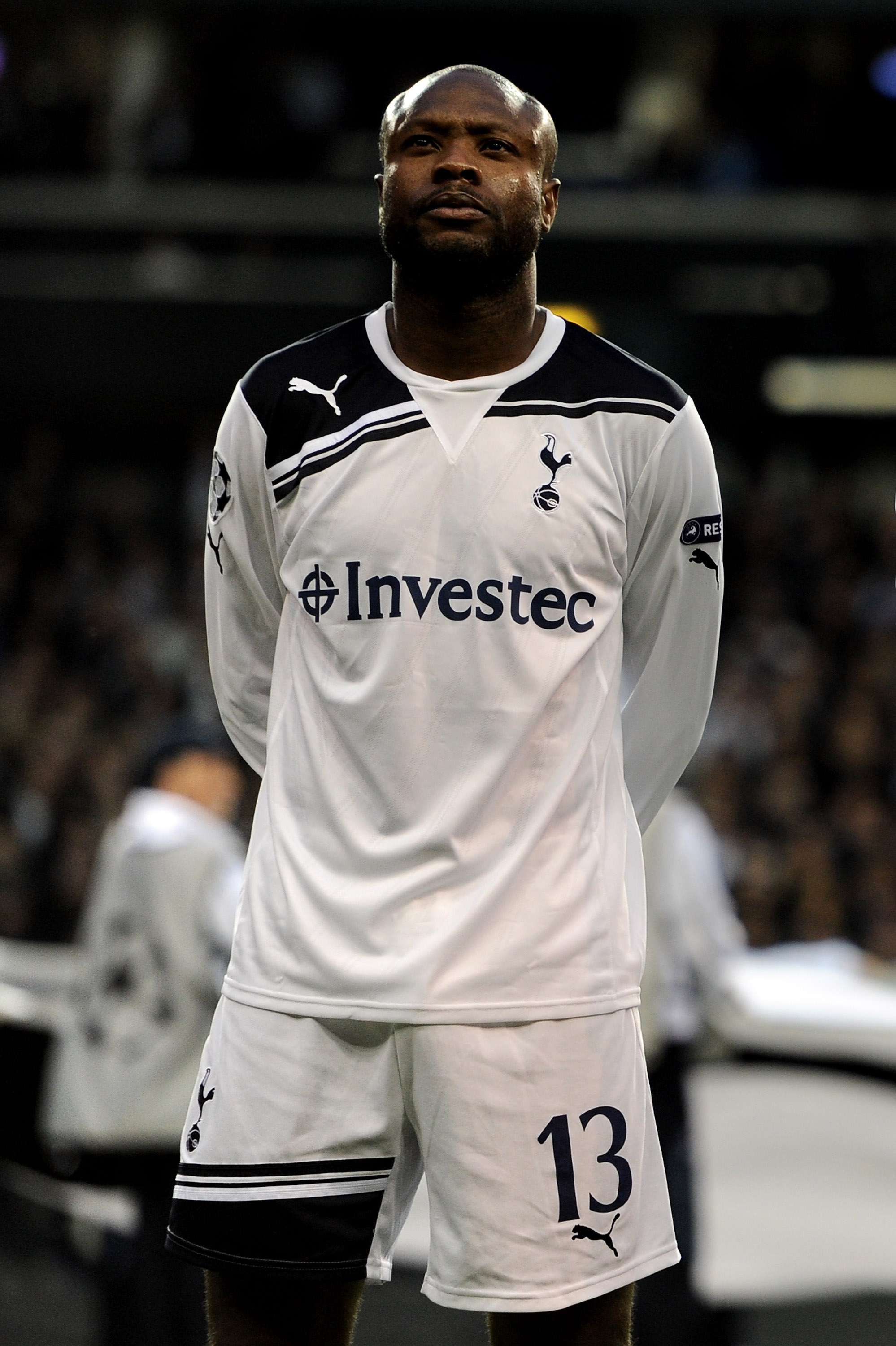 The veteran French defender played six successful year of Ligue 1 Football with Caen and Marseille before signing with Chelsea in 2001. Having great years in his spell with Chelsea, their relationship soon went to pieces. After various transfer requests and arguments, Gallas was sent to Arsenal as a part of the Ashley Cole deal.

After gracing Highbury for Arsenal for four seasons, Arsene Wenger announced on April 28, 2010 that talks about Gallas' future will only go until end of May and that if an agreement was not reached by then, he would most likely leave the club.

That was precisely what happened before he went across town to rivals Tottenham Hotspur. The transfer was confirmed on 22 August, with Gallas signing a one-year contract at White Hart Lane. According to Tottenham's club historian, the move meant that Gallas would become the first player to have appeared for Chelsea, Arsenal and Tottenham.

He has pulled together some great performances for Tottenham and defended in their name well. 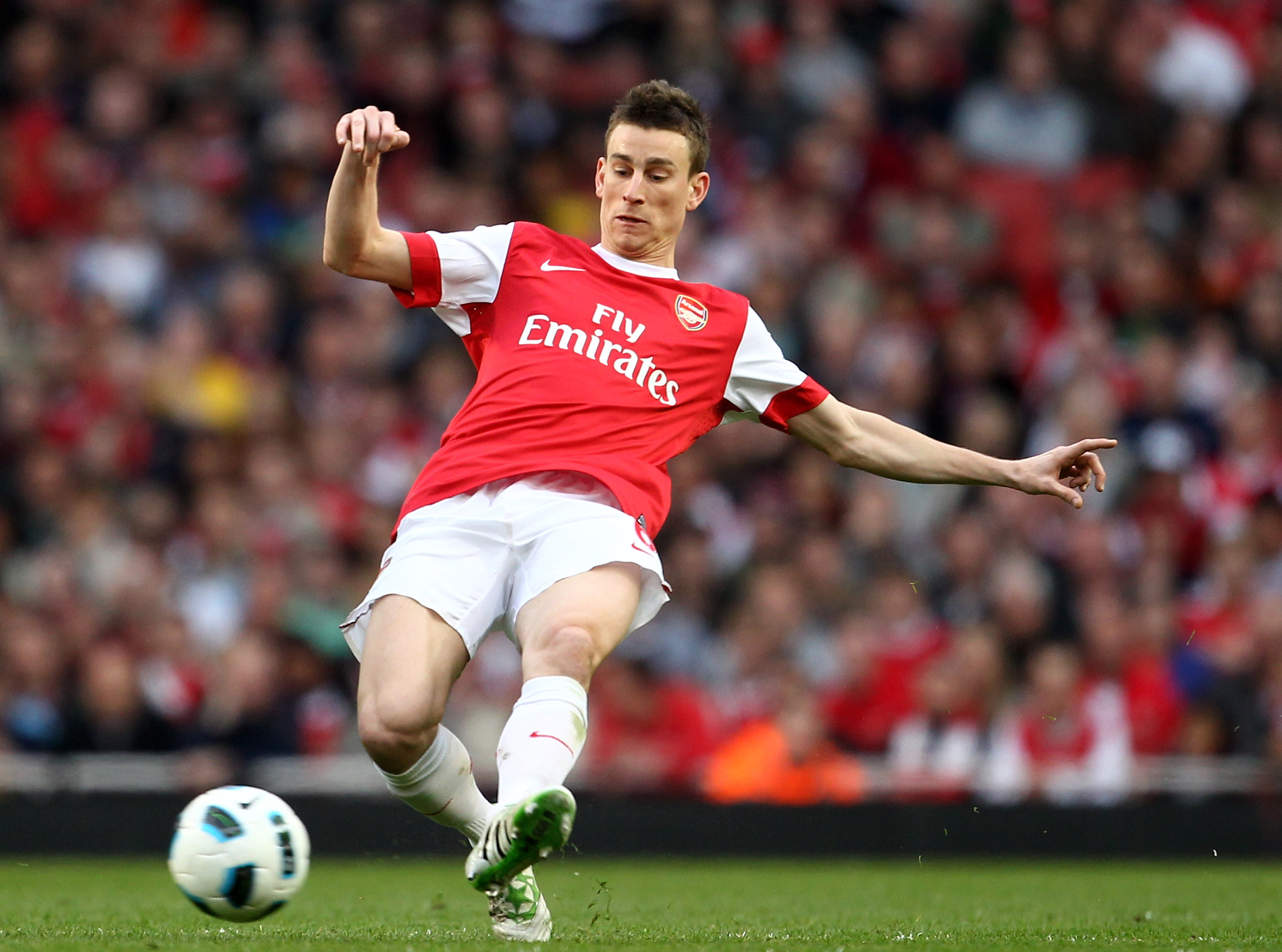 Brought to Arsenal to replace Gallas, Laurent Koscielny has been a great addition for the Gunners. The French defenseman starred in the French football leagues for six years from 2004 to 2010 by representing Guingamp, Tours and Lorient.

Wenger explained he bought Koscienly due to the fact he added height to the team and Arsenal were low on centre backs, and rightfully so.

Koscielny had arguably the greatest performance to date in Arsenal colors against Barcelona in the first leg of the round of 16 match of the Champions League. The match ended in a 2-1 win for Arsenal in London. Koscielny's performances were applauded and praised in many media reports of the game. 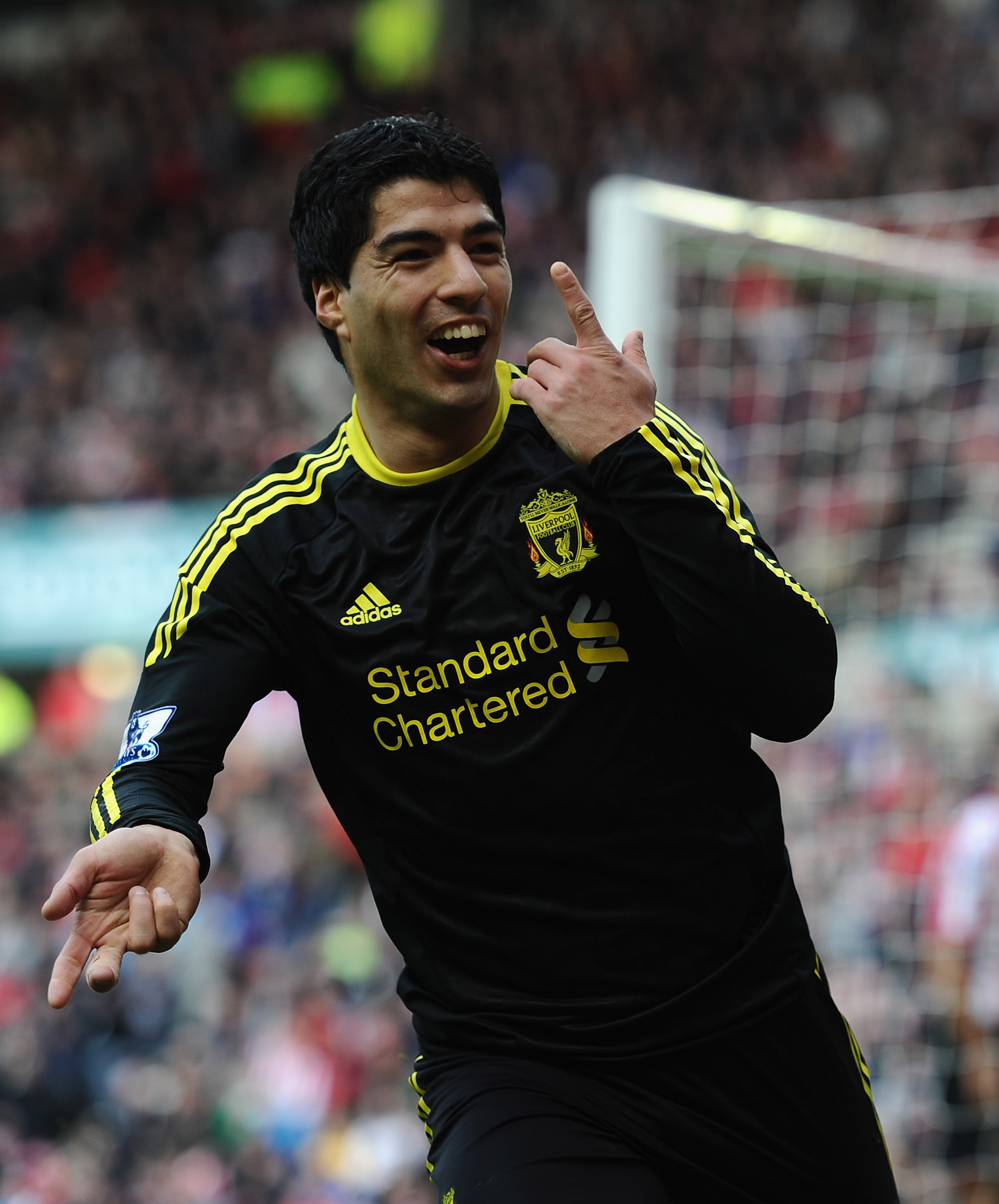 Suarez played for Nacional in Uruguay to start his professional football career before being brought to Europe to play for Gronigen. After success with the Dutch team, Netherlands power house Ajax purchased the forward in 2007 where he called home until this winter transfer period.

On 28 January 2011, Ajax accepted a £23 million offer for Suárez from Premier League club Liverpool F.C. He wasted no time in fitting in at Anfield, scoring in his debut against Stoke City. 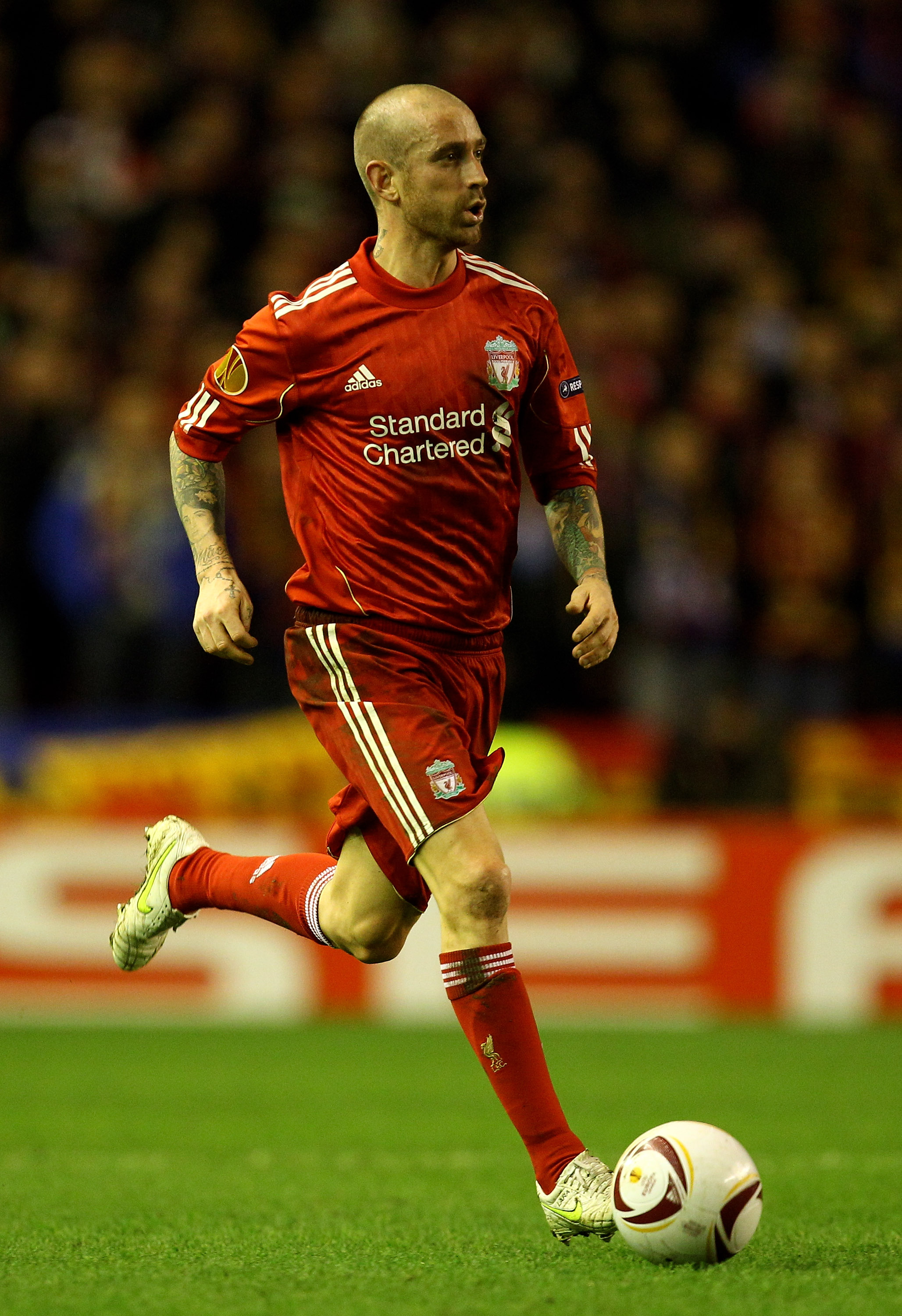 Born in Porto, Portugal Raul Meireles began his career with his hometown club Boavista. After a good spell there, crosstown rivals FC Porto snatched Meireles in 2004 where he would call Estadio do Dragao home until 2010.

Being a vital part of the Porto in the recent season, his name gained worth throughout Europe just by captaining a few games, and when Liverpool came knocking, it was a great fit.

Liverpool bought Meireles as an instant replacement for the Argentine Javier Mascherano, who joined Barcelona. In his 37 appearances for Liverpool, Raul Meireles has scored five times and helped Liverpool up in the standings. 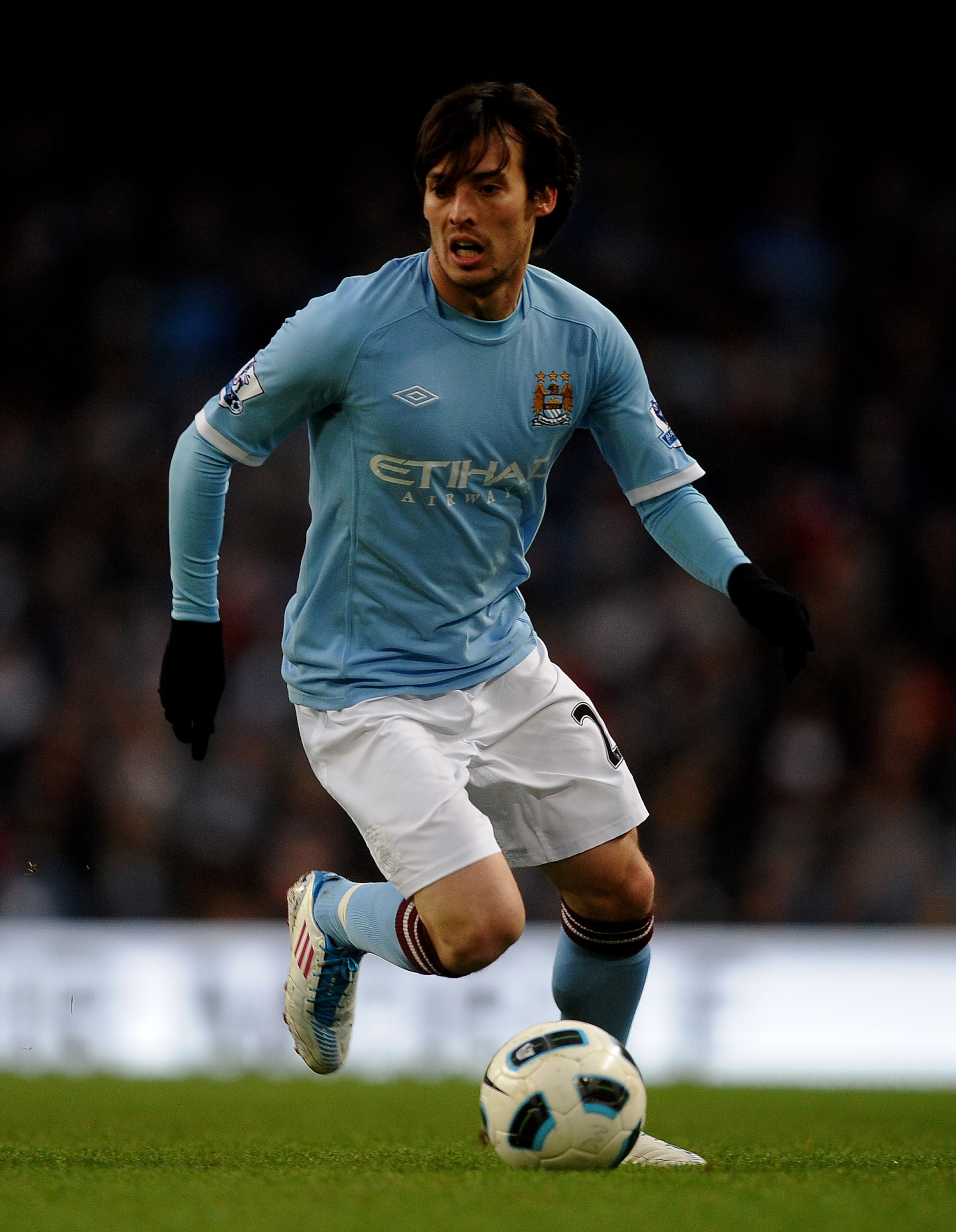 The creative Spanish midfielder came up through the Valencia ranks and youth academy where he debuted his ability as a professional footballer for seven seasons. After his display of ability in La Liga and with the Spanish National team, Manchester City purchased the midfielder £26million.

Roberto Mancini has considered Silva a key player to Manchester City's success and his claims are justified. Matter of the face is that Manchester City is clearly better with him on the field. As it was noted when Liverpool defeated city 3-0 and his presence was missed. 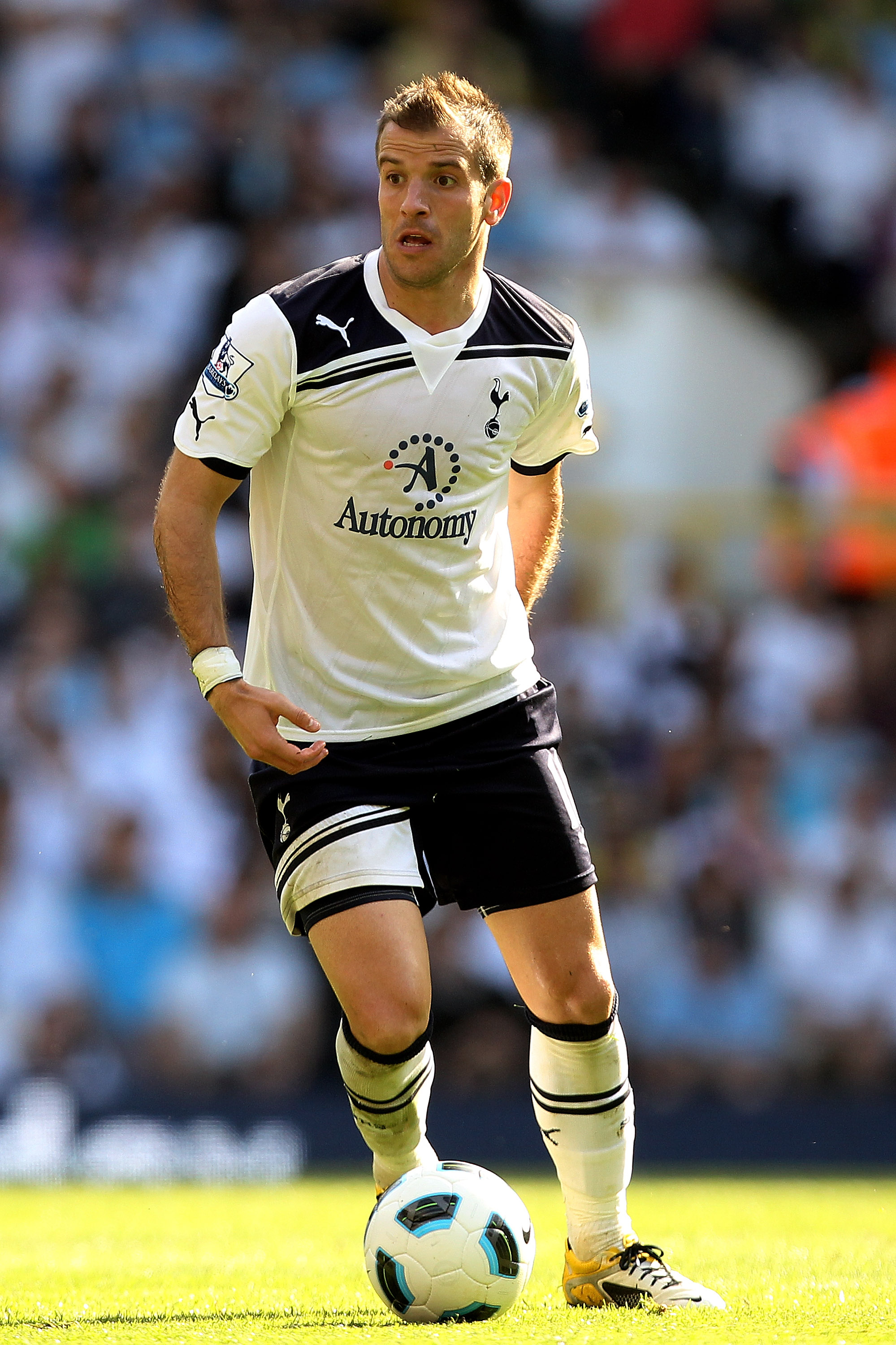 A steal for the Spurs. Rafael Van Der Vaart has displayed being a quality player for the Netherlands, Ajax, Hamburg and Real Madrid.

The playmaker and talented footballer has not left many disappointed at White Hard Lane with his 30 appearances, racking up 12 goals and keeping Tottenham steady for a fourth-place race. His first season in England has proven to be a success thus far and with consistent play for Van Der Vaart could be a vital part to their successes. 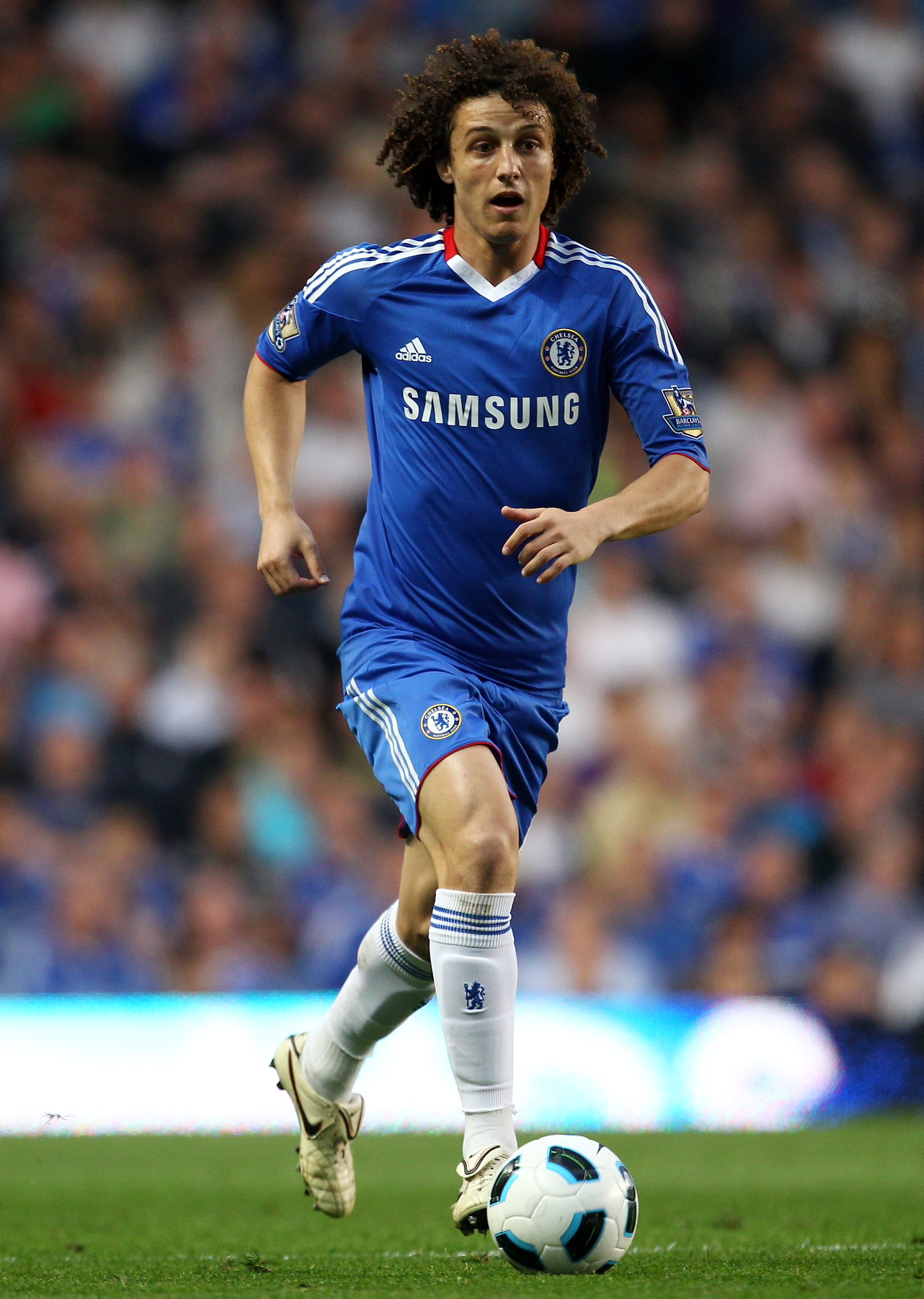 The curly-haired Brazilian defender has great ability with the ball. His ability to play center back and left back is useful and he has been deemed "the best defensive signing for Chelsea since Carvalho."

Starting his career in Brazil, he saw a move to Benfica in 2007 where he played until this 2011 Winter Transfer Window. On 31 January 2011, David Luiz completed a €25 million move to Chelsea. His attacking abilities and permed hair have already earned him cult status among the Stamford Bridge faithful.

A great young defender with unlimited potential, he is the future of Brazil and Chelsea. 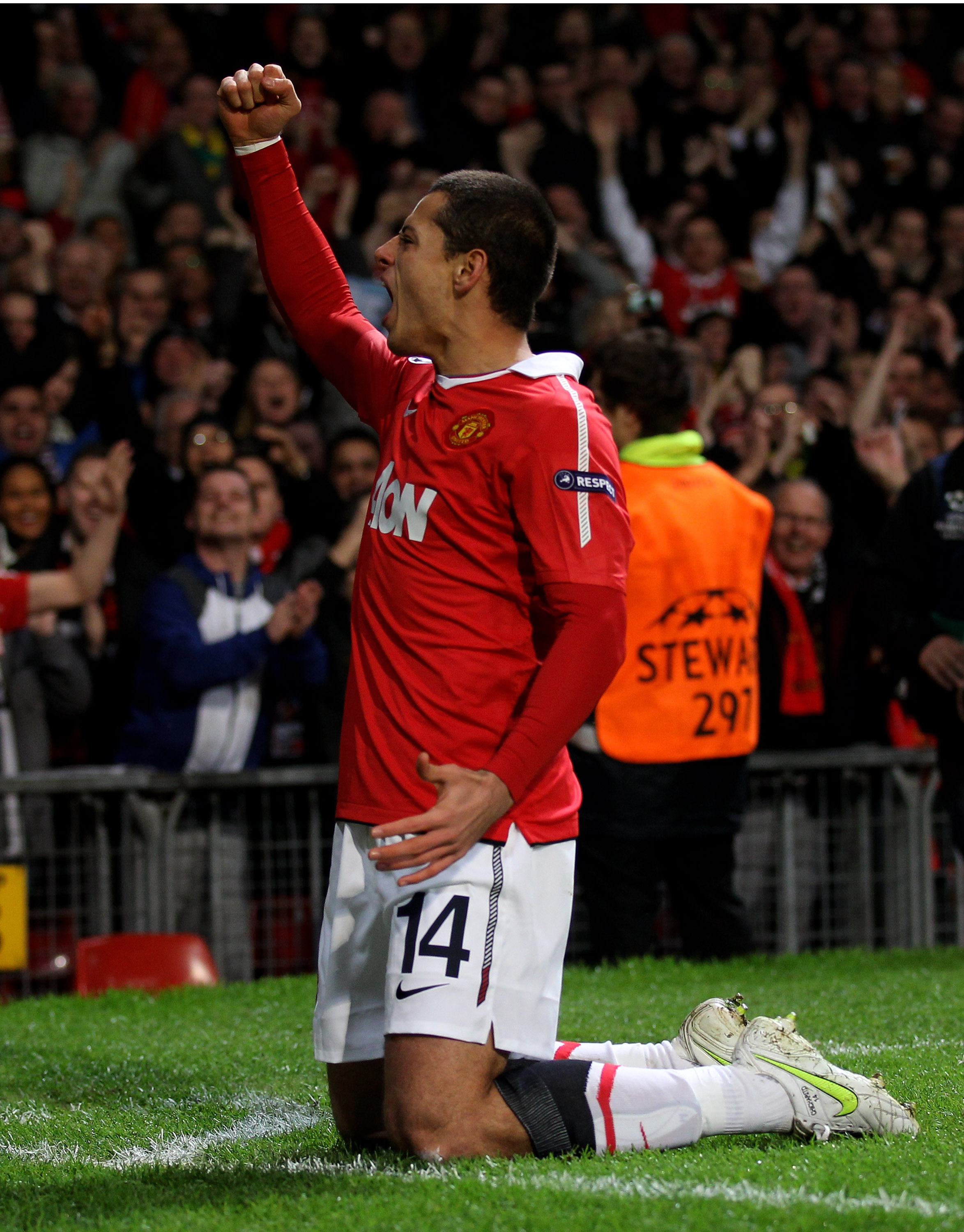 The Mexican striker could possibly be the buy of the year. It is too early too tell, but Chicharito may have the potential to be one of the greatest players in the world.

His vital goals and passion for the game have made him a fan favorite early in his career. The 22-year-old has 38 appearances and 18 goals in all competitions for Manchester United.

A natural ability and top-class finishing striker leaves no surprise that he is the best buy of the Premier League.