Los Angeles Lakers: Grading Every Player from the 2010-2011 Season 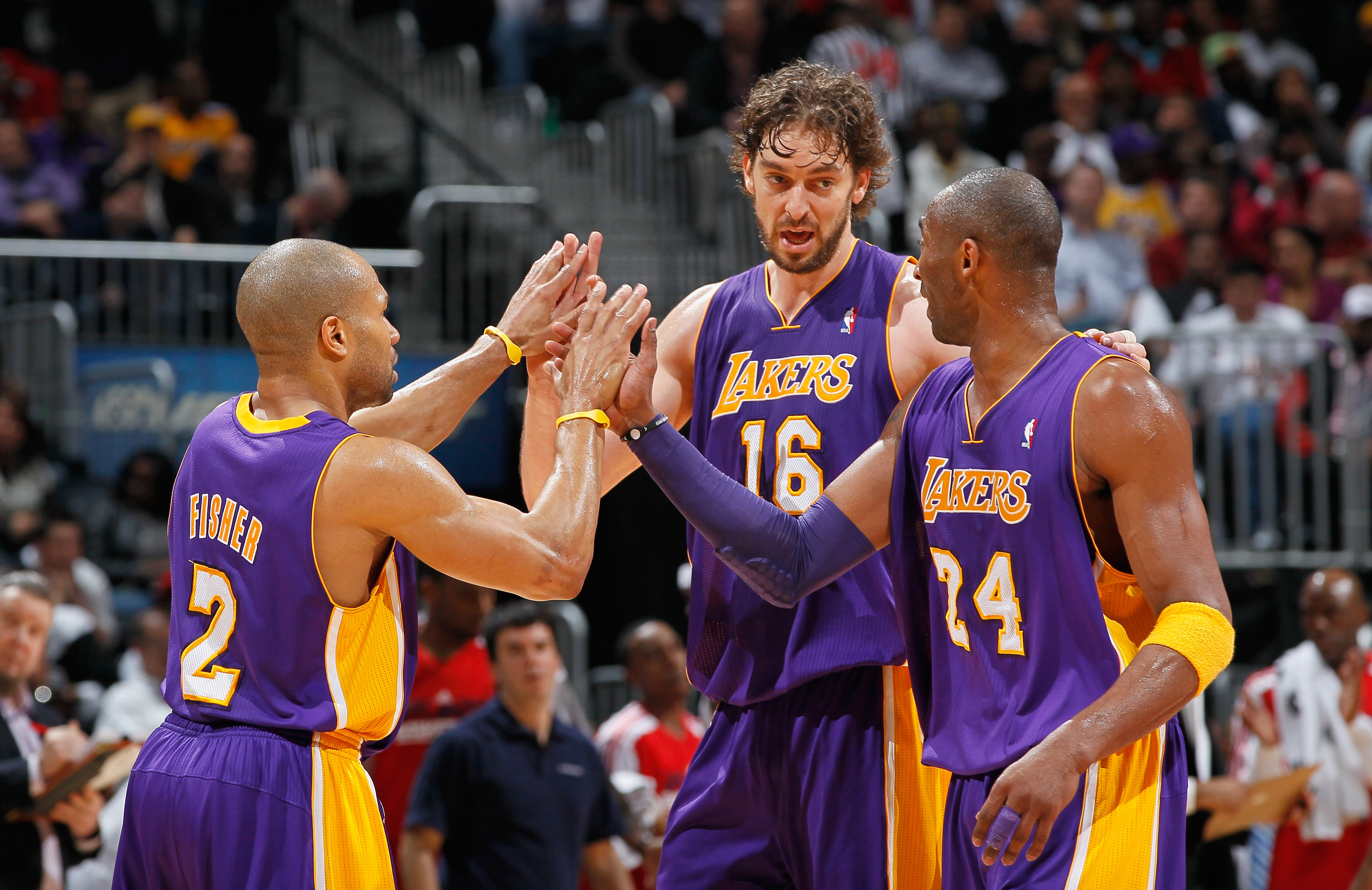 The 2010-2011 NBA season is finally over. For Lakers fans, it was a roller-coaster ride with extreme highs and lows.

The team had incredible winning streaks, starting off the year going 8-0 and following the All-Star Break with a 17-1 record.

However, this season also saw the first four-game losing streaks in the Pau Gasol era. Even the last game against the Sacramento Kings was an emotional thriller.

This team was touted as being more talented than last season’s, and expectations were high at the outset. Earning 60 wins was certainly an expectation of most fans and analysts.

More often than not, the team had issues with complacency and playing to the level of the competition. Add to that the fact that every team plays their absolute best against the Lakers because it’s a marquee franchise, and issues were bound to occur.

This article analyzes how well each player did this season. For the most part, I didn’t count injuries too much against them, so long as they played well when they were on the court.

Feel free to let me know where you agree or disagree with these grades. Your feedback is always welcome and appreciated. 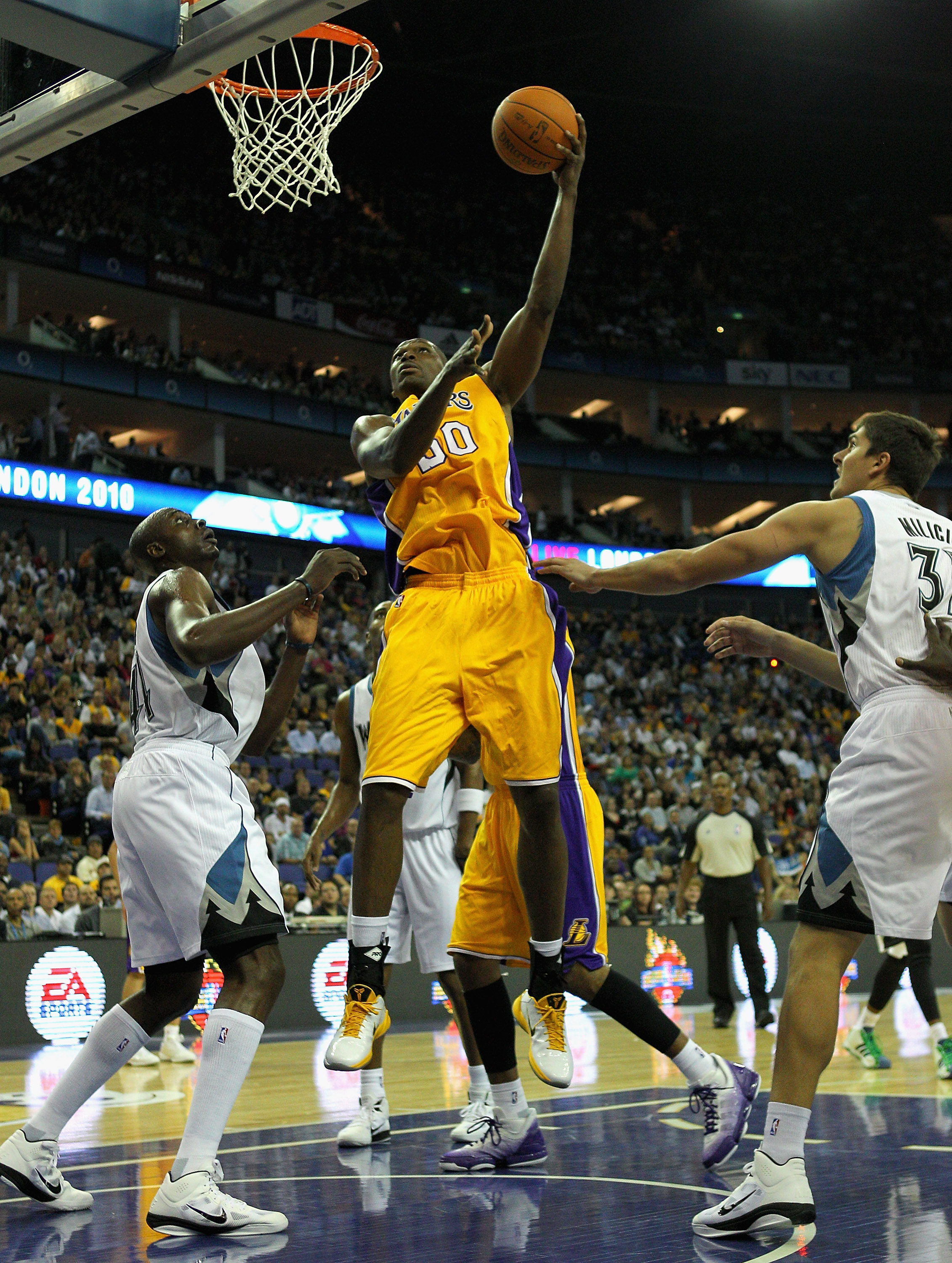 Theo Ratliff was signed in the offseason to provide about five to 10 minutes per game backing up at the center position. His superior inside defense was supposed to at least keep other teams from going on scoring streaks when Pau Gasol and Andrew Bynum were not in the game.

Unfortunately for Ratliff, he suffered from knee tendinitis most of the season and only played a total of 71 minutes throughout the season. He probably won’t see many minutes in the playoffs unless there’s a blowout or serious foul trouble among the other bigs. 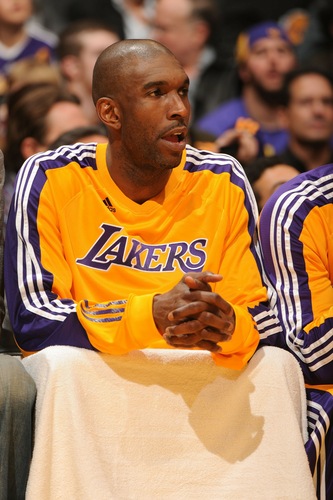 Joe Smith was picked up mid-season in the trade for Sasha Vujacic in a salary-clearing move by the organization.

Like Ratliff, he has been mostly delegated to the role of cheerleader on the bench. While he is quite happy in his role at the tail-end of his career in his pursuit at getting a championship, Smith has had some productivity with his garbage-time minutes.

He is a bit slow and his athleticism has mostly left him. However, Smith can still rebound in spurts and hit the mid-range jumper. 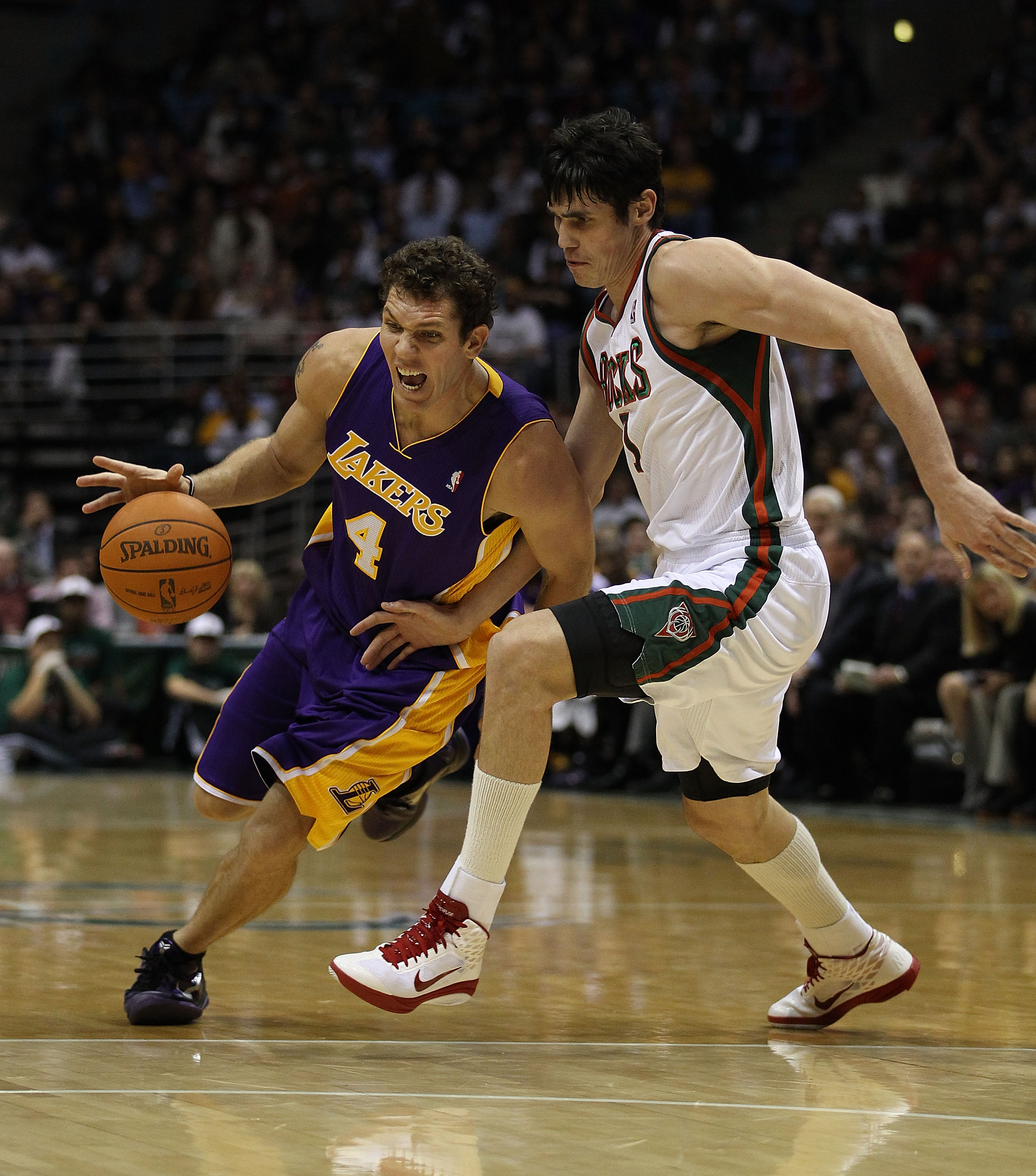 Unfortunately for Luke Walton, he is considered to have the worst contract on the team. While Phil Jackson likes him for his ability to run the triangle offense, Walton’s back issues have robbed him of the limited athleticism he once had.

In addition, Walton struggled all season to hit wide-open shots and defend opponents. By playing in enough games and with enough minutes to regain his shooting stroke, his inability to do so was discouraging.

By being more of a liability than a contributor this season, Walton’s year has to be considered a failure. 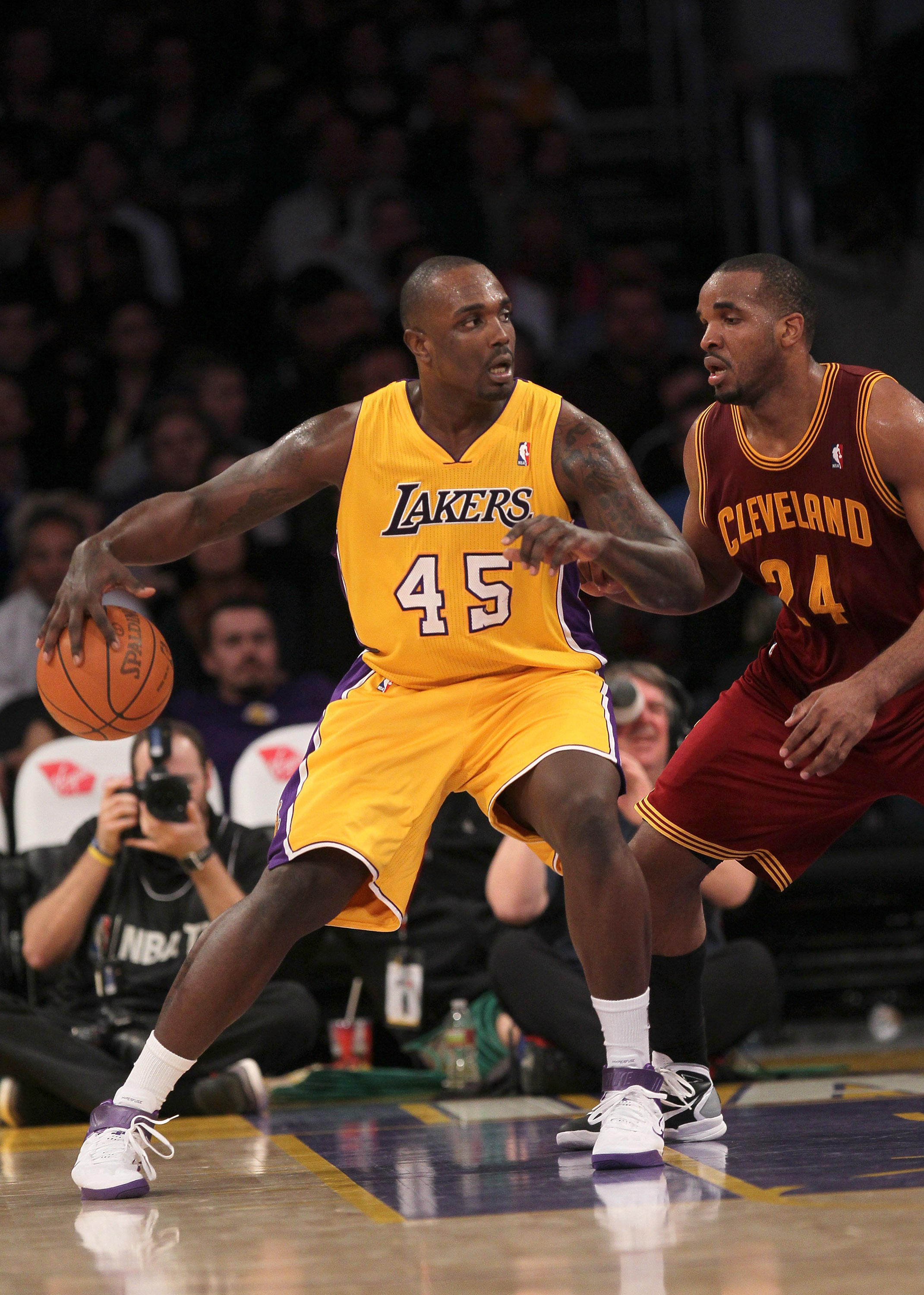 Derrick Caracter has a lot of talent and potential in this league. He has some decent inside moves and a respectable mid-range jumper.

However, Caracter struggled this season. While it didn’t help that Jackson kept him out of the rotation most of the time, which would have helped him gain experience, Caracter often found his inside moves being blocked by defenders.

After playing with the D-League’s Bakersfield Jam, Caracter may have developed his game further. In order to earn more playing time, though, Caracter will have to hustle more with his defense and rebounding. 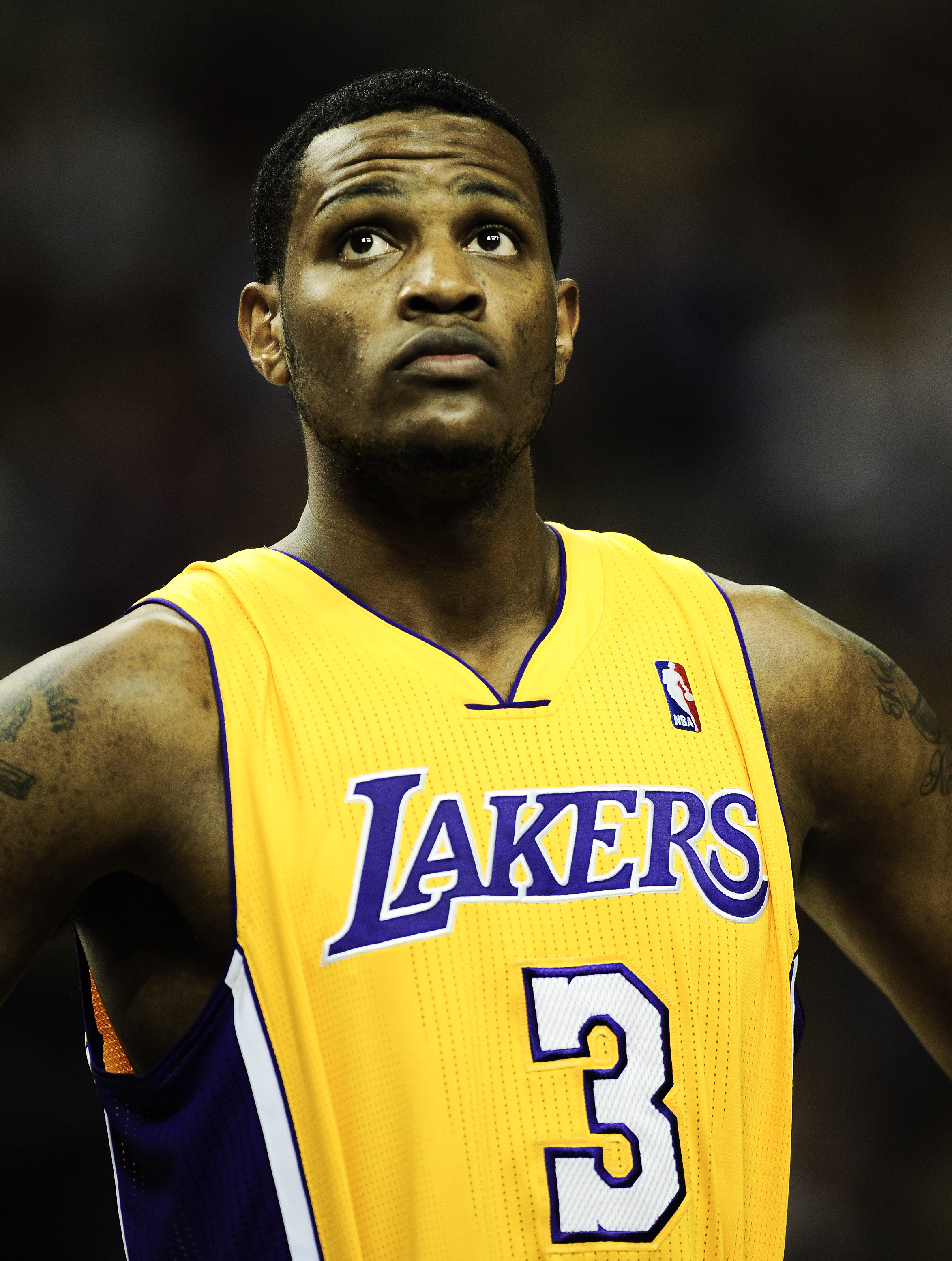 Like Derrick Caracter, Devin Ebanks suffered a bit for Jackson’s penchant for not playing rookies many minutes. He was further hampered throughout the season with a stress fracture in his leg.

However, he showed flashes of brilliance in being a capable defender like former fan favorite Trevor Ariza, except with a better offensive package.

If one could flash forward to a few seasons from now, one would probably see him being a successful and effective role player or starter in the NBA.

Ebanks has some work to do, but his potential is definitely high. 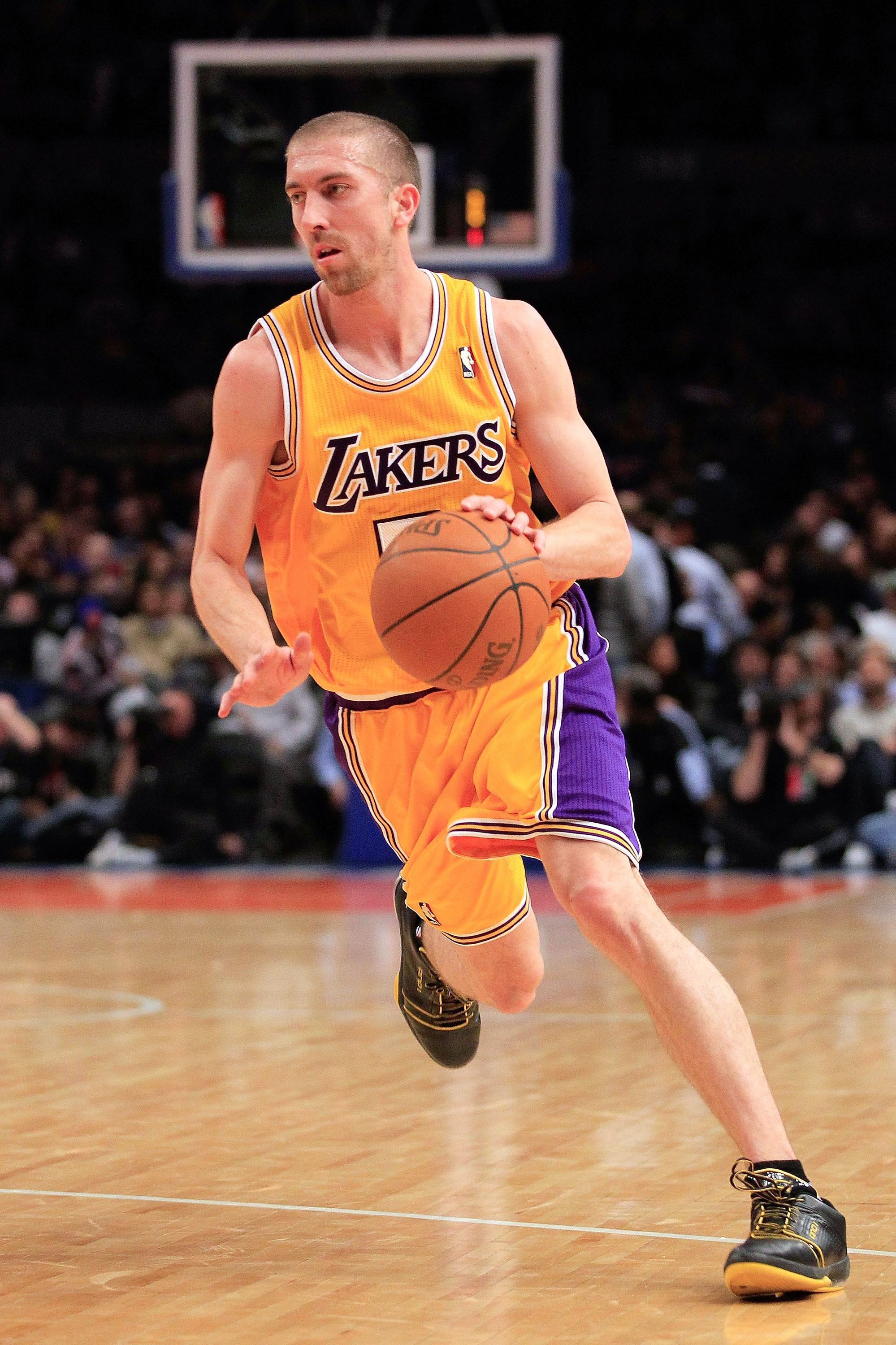 Steve Blake has been the subject of much criticism among Lakers fans this season. His signing last summer was seen as a brilliant move by Mitch Kupchak, supposedly giving the team a consistent outside shooter.

Instead, Blake has been inconsistent from the field and has failed to take advantage of the many wide-open shot attempts he has had. He also is not that effective on dribble drives.

However, perhaps some of the criticism has gone too far with Blake. For instance, Blake has picked up the triangle offense well and does a decent job of running the sets (unlike his predecessor Jordan Farmar). He also is probably underrated on defense as he has done an effective job with most opponents.

In short, while Blake could pick up his shooting, he will continue to help his team win during the playoffs. 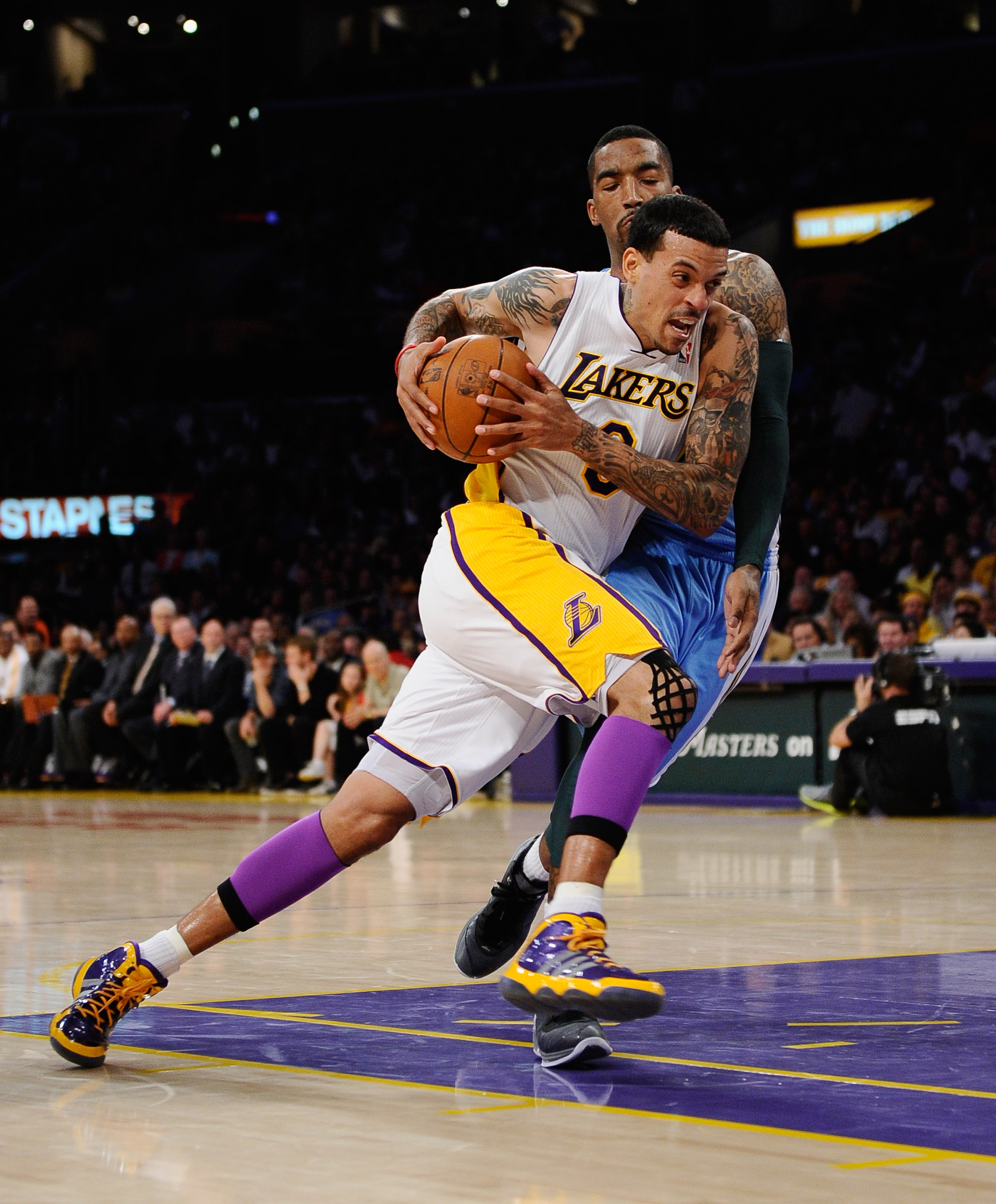 Matt Barnes was a pleasant surprise this season as a new player with the team. Despite suffering a knee injury during the second half of the season, Barnes has been a near perfect backup player at the small forward position.

Every night he brings extra energy and helps make the team tougher with his play and demeanor. On a per-minute basis, Barnes is one of the top rebounding small forwards in the game. He also has played up to his reputation by displaying tenacious defense against the best perimeter scorers in the league.

In short, it is hard to think of how Barnes could have fit his role any better. 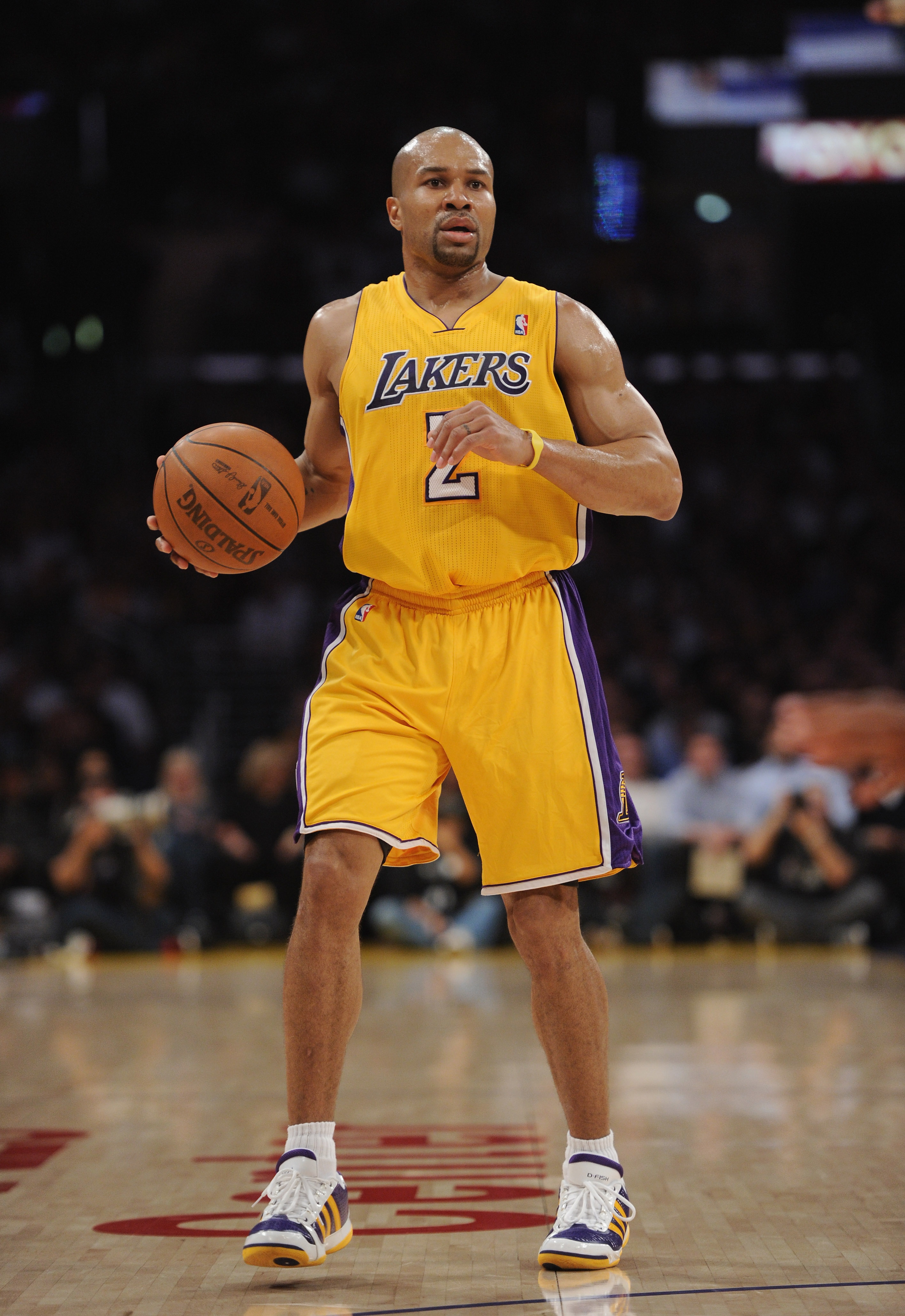 Many NBA pundits have declared that Derek Fisher is the worst starting point guard in the league. Sure, his statistics are not particularly impressive. However, Fisher has once again provided the usual steady leadership while running the triangle offense to perfection.

He is still the master of doing the little things, such as hitting clutch shots and taking charges. His true value is how he steps up his play during the postseason. Honestly, can you even think of 10 players in league history who have made more clutch postseason shots than Derek Fisher? 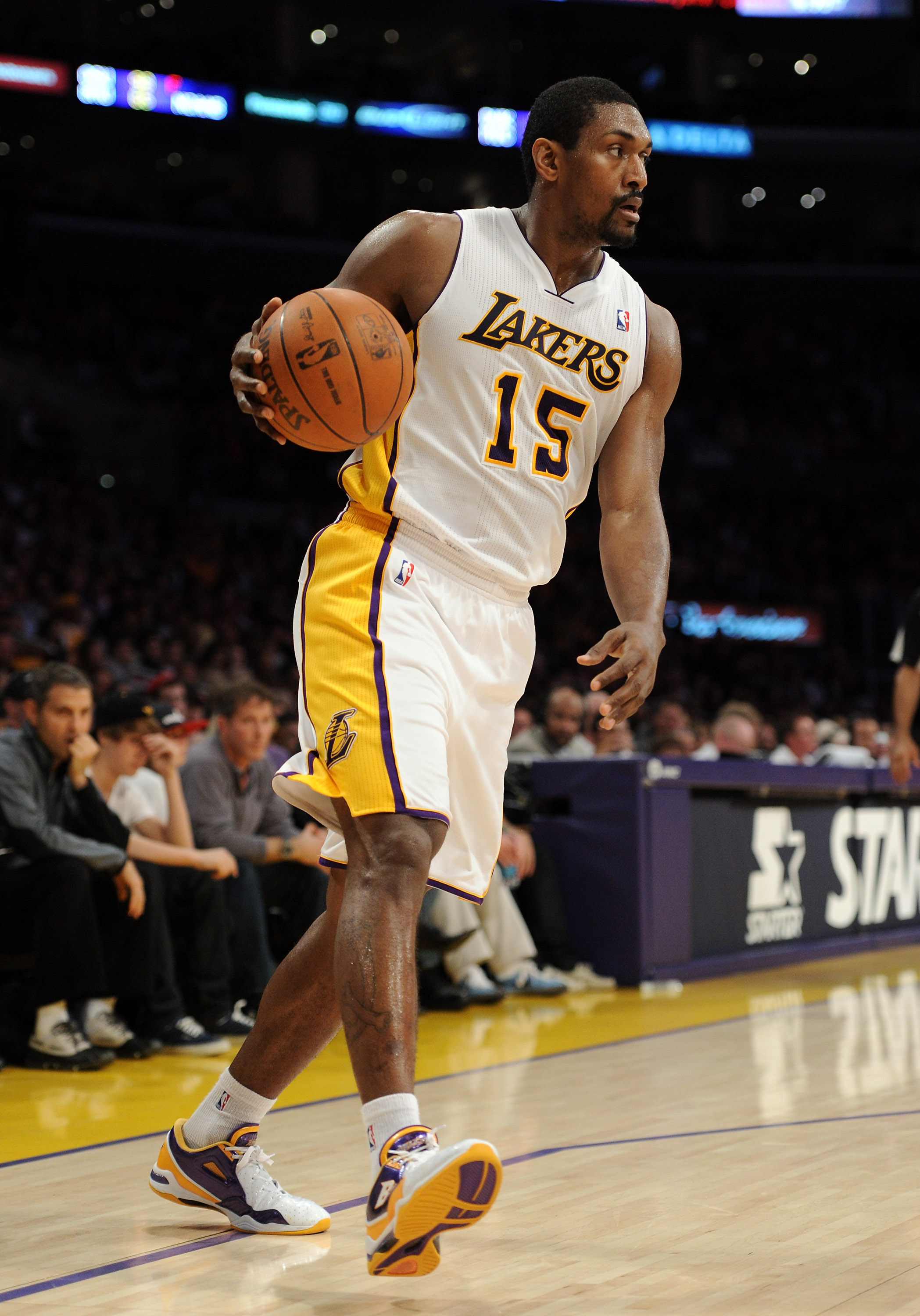 Ron Artest has had a season of mixed results. On the one hand, Artest has mostly career low averages across the board. After some big playoff games last year, he seemed to have a let down with his apparent inability to fully grasp the flow of the triangle offense.

However, after a slow start to the season, Artest has picked up his shooting touch over the past couple of months after Barnes went down with his injury. Artest has been one of the more consistent defenders on the team.

He could improve on his three-point attempts from the corners where he is usually wide open, but overall fans are hoping he can once again step up his play this coming postseason. 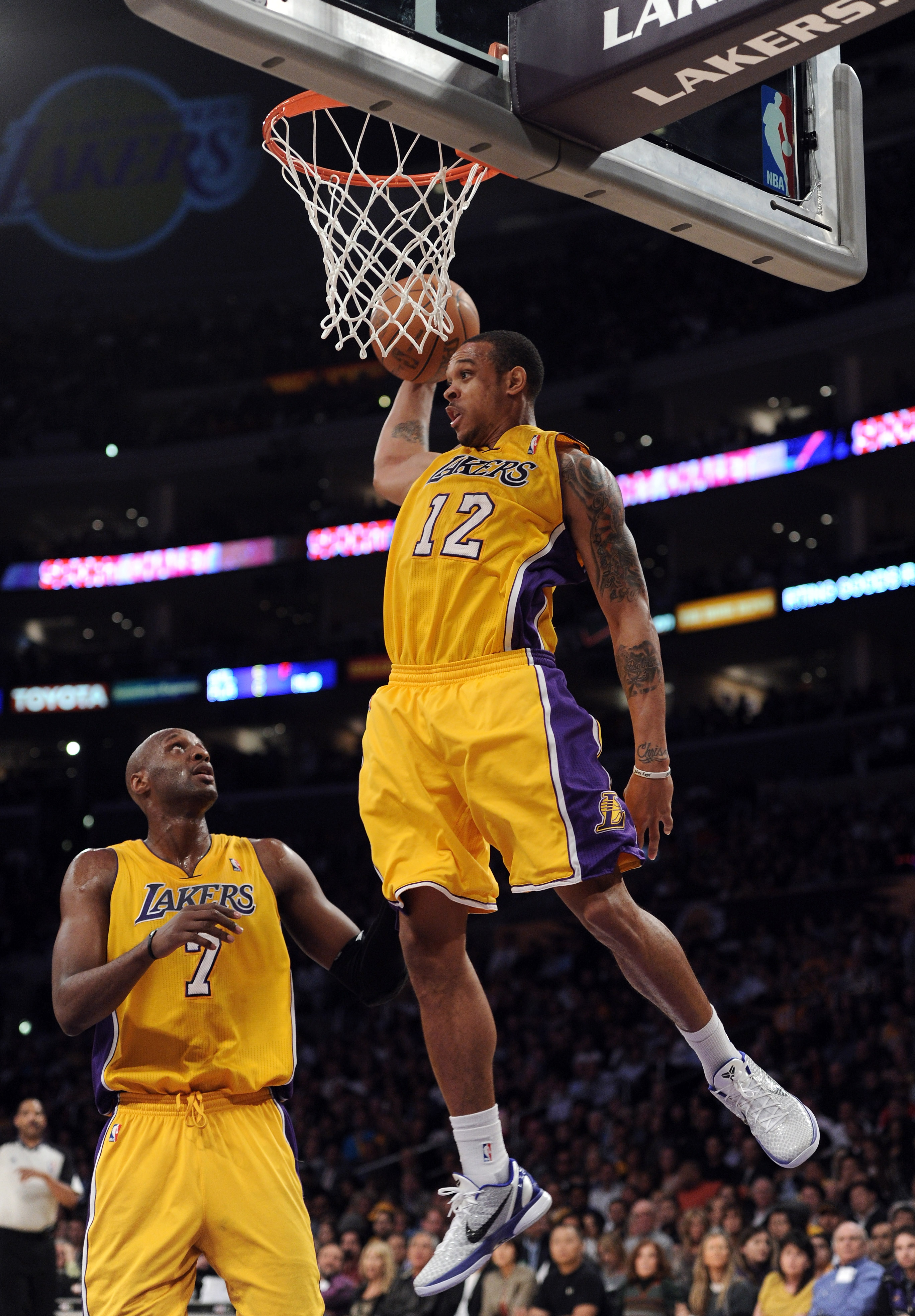 Shannon Brown’s season is a tale of two stories. During the first half, Brown came out with a vengeance, sporting a new and improved outside jumper that he had worked on all season. After the first couple of months, Brown had one of the highest three-point shooting percentages in the league.

Since January, however, Brown has only made about 29 percent of his outside shots. No wonder why the Lakers struggled at times this season!

While he can be a spark off of the bench, Brown can also over-rely on jump shots that aren’t falling rather than using his athleticism to drive to the hoop. In addition, Brown has been known to make many mistakes on defense. If Shannon Brown ever wants to take his game to the next level, he will have to develop a better all-around game. 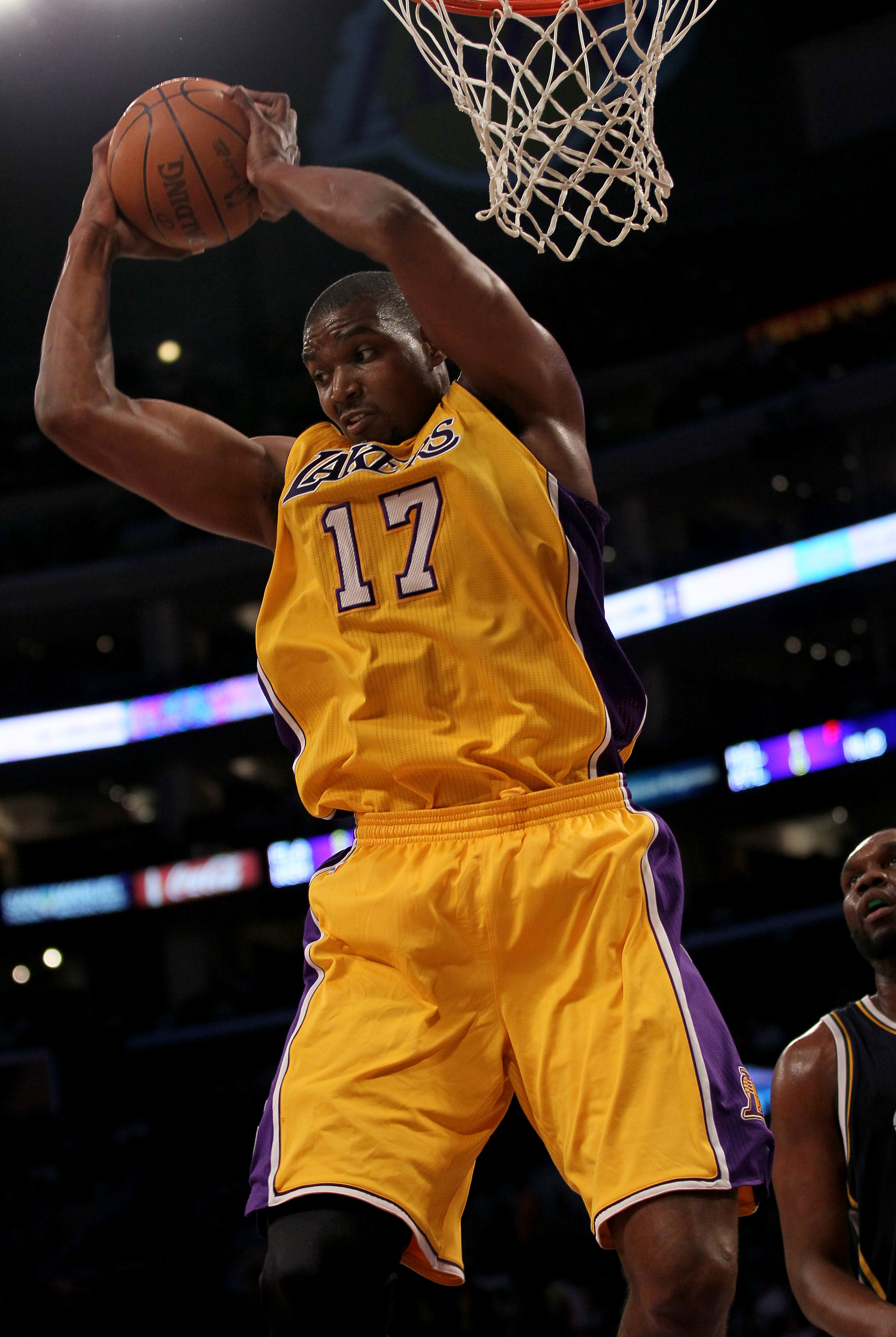 After having offseason knee surgery, Bynum endured his fourth consecutive season of missing significant playing time. However, after getting back into game shape throughout the season, Bynum has emerged as a defensive anchor in the league.

Over the last two months, Bynum has averaged around 12 rebounds and 2.5 blocks, intimidating opponents and making it much more difficult for them to score. By embracing this role, Bynum has become the difference maker.

Without him, the Lakers are still a good team, but if he is healthy, Bynum will help make this year’s title run much easier for his teammates. 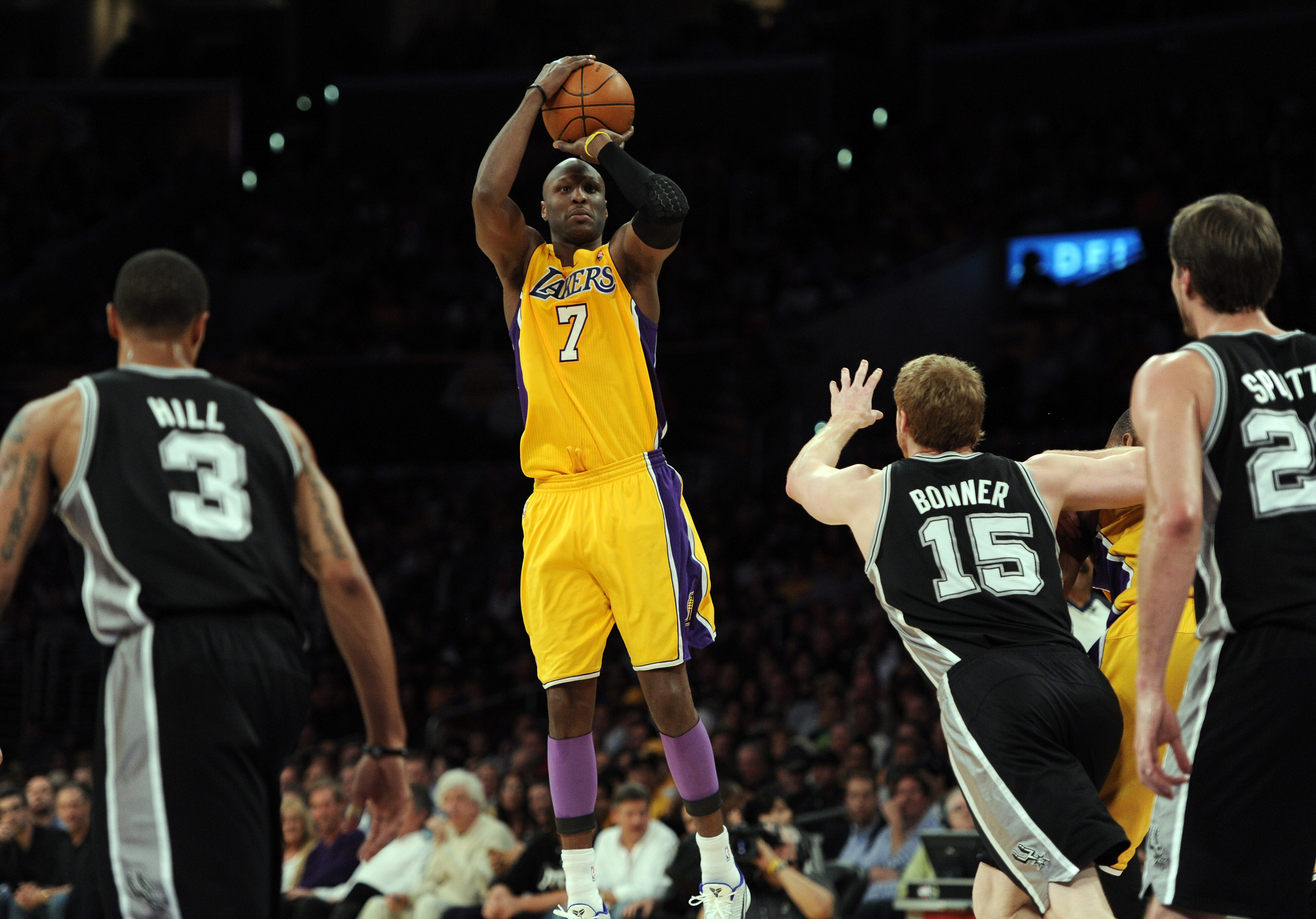 If Lamar Odom does not win the Sixth Man of the Year Award, it will be a shame. He barely missed out on an All-Star selection as he has been one of the team’s most consistent players this season.

Odom has shot the ball particularly well from the perimeter this season. Furthermore, he continued to fill in well for Bynum when he was out, while displaying his usual all-around game. In fact, Odom may be the only player in the league who can play all five floor positions well.

About the only issue Odom may have is jacking up too many long-range jumpers while stalling the offense. Nevertheless, Lakers fans are hoping that Odom can keep up his stellar play during the postseason run. 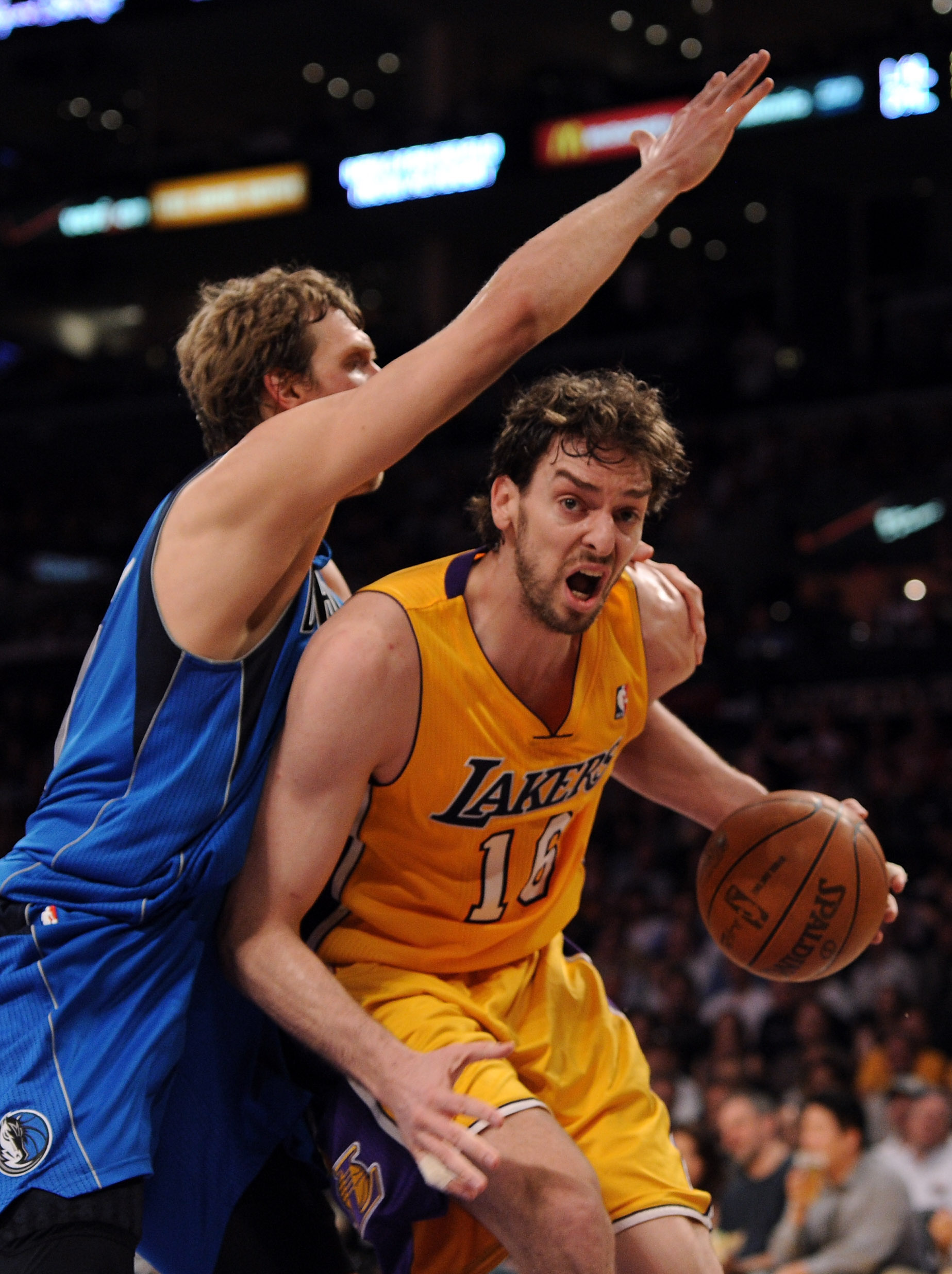 Overall, Pau Gasol had another outstanding year. Once again, he showed the world why he is the best all-around big man in the NBA today. He has a near-complete package of crafty post moves, an effective mid-range jumper, interior defense and creative passing.

The one issue that most Lakers fans have with Gasol is that he still tends to be outworked by more physical players, such as Samuel Dalembert, Nene and Joakim Noah. Of course, this only adds to the accusations that he is a “soft” player.

Nevertheless, Gasol’s mastery with the triangle offense is extraordinary. In the end, Gasol remains one of the best second-best team players in the league and the Lakers are fortunate to have his services. 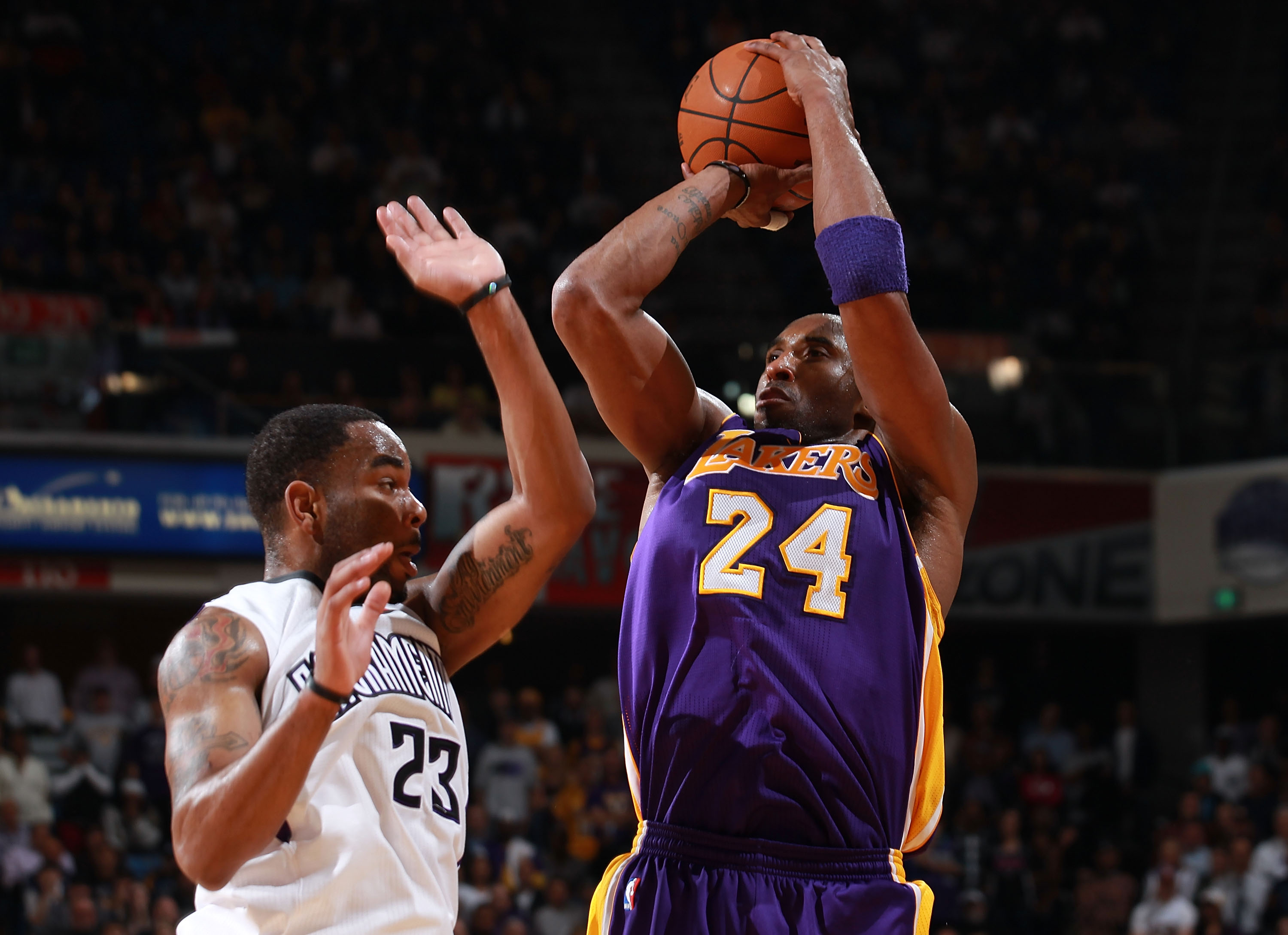 Once again, Kobe Bryant has remained the leader of the Lakers. His all-around game shined brightly while helping to keep his team near the top of the rankings.

This season, Kobe Bryant’s statistics seem a bit lower, but he has also played the fewest minutes per game since his sophomore season. But on a per-minute basis, Bryant’s numbers are as impressive as anyone in the league.

Consider this: Can you think of any player in NBA history who had a career as great as Kobe in their 15th season?

The one factor that holds Kobe back from an A+ grade is that he has seemed to be less effective in the clutch this season in converting shots. But we should all know never to doubt his play, as he proved skeptics wrong by hitting some key shots in the last game against Sacramento to help the Lakers secure the No. 2 seed.

Although he has lost some athleticism, Kobe Bryant continues to work hard on his game and seems to add more skills and savvy moves every year. Look for Bryant to step his game as usual in the playoffs.