Masters 2011 Leaderboard Day 1: 10 Most Surprising Rounds of Day One 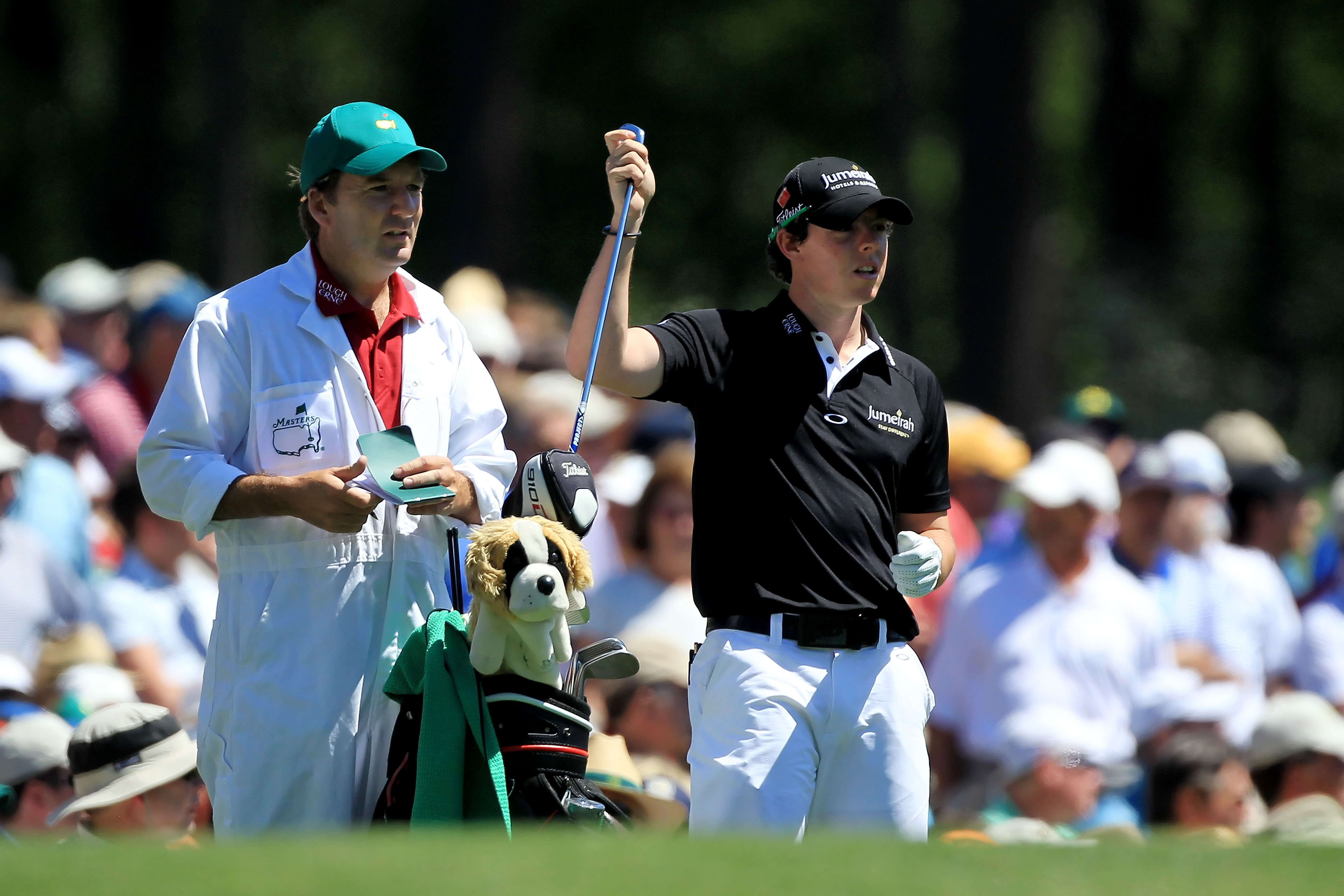 We all know that championships are not won on paper.

At the end of the day, you have to go out and compete to earn that coveted crown.

Golf is such an amazing sport because you learn to expect the unexpected.

Thursday had some incredible drama and intrigue.  With birdies galore, we saw some big names and some new faces put up great rounds and put themselves in position to win the green jacket.

We also saw some stars struggle unexpectedly and put their hopes of victory in severe jeopardy.

The good, the bad and the ugly all had one thing in common: It surprised us.

Therefore, let us look back at some of the more unexpected results from today. 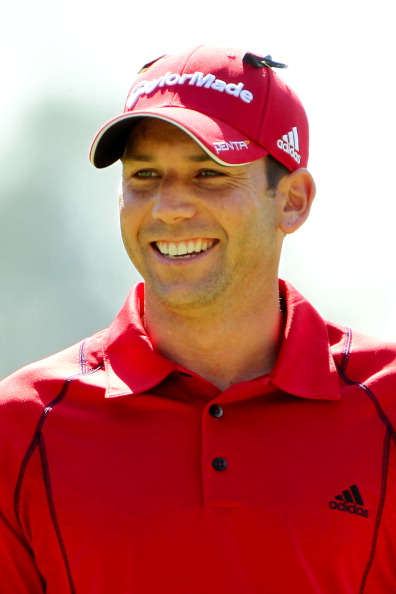 It has been awhile since we have seen Sergio Garcia be this happy at the Masters.

Garcia has struggled with his game the past few years.  He has not had a win on tour since 2008 and appeared to be on the verge of giving up before Colin Montgomerie made him a vice captain for the 2010 Ryder Cup.

After Europe's victory, Garcia's spirits clearly have been lifted, and he has slowly found his game once more.

Still, a three under 69 start to Augusta was better than most would have expected.

Especially when you consider it is his best round at Augusta since the second round of 2009.

Garcia did a good job of finding the fairway and took advantage of the easier holes like 13.

His bogeys came on 12 and 18, two holes that just about everyone will bogey at some point this week.

Garcia appears to be rounding into form, and that is exciting for his fans. 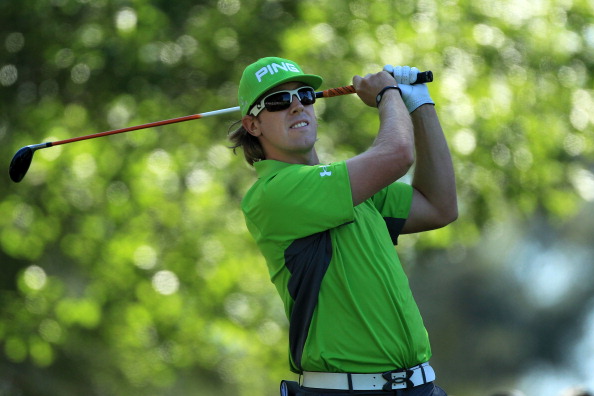 Mahan is a player who has always appeared on the verge of breaking through.

This time he broke down in the first round.

Mahan is one of the better American players on tour, but he had as many bogeys as he had pars on Thursday.  That is not a recipe for success.

Mahan struggled with the putter big time, needing 34 putts to get through the day.

His round ended on the ultimate buzz kill.  After knocking in a birdie on 15 to make it back to even par, he proceeded to make three straight bogeys to finish three over with a 75 and put himself behind the eight ball.

It was Mahan's worst round at Augusta since the second round of 2009.

With all that talent, I would expect Mahan to rebound.  In 2009, he still finished in the top ten despite that 75.

I hope history repeats itself, but until he can pull everything together, that major will continue to elude him. 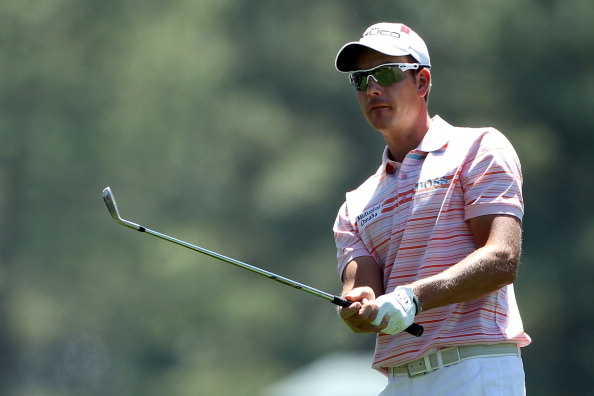 Stenson has not been stellar at the Masters.  In his career he has zero finishes inside the top 15.

Still, Thursday's round of 83 was an unmitigated disaster for the 89th ranked player of the year.

Stenson is dead last in the Masters, behind ceremonial participants like Ben Crenshaw, Sandy Lyle and Ian Woosnam.

Struggling is one thing, a triple and a quintuple bogey in the same round are inexcusable.

The Swede only hit nine greens, yet he had 33 putts.  He found trouble, and it never left him.

At this point, a player who certainly looked like he could contend after finishing third in the 2010 British Open will only be playing for pride tomorrow.

Oh how fickle the golfing gods can be. 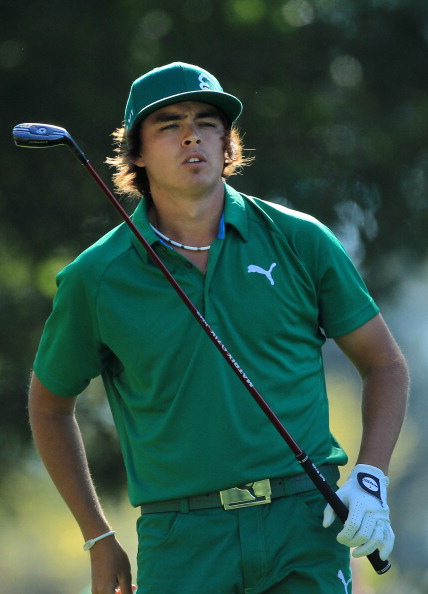 Fowler played his first ever round of professional golf at Augusta on Thursday.

Any golfer will tell you that experience is a crucial factor at being successful in the Masters.

Well, apparently that is not always true.

Fowler spent most of the day plodding along at over par.  Then, everything came together at the end.

Three birdies in the final four holes took Fowler from one over to two under and kept him in the hunt after day one.

The surprise came in figuring out just how Fowler pulled this off.

He only hit 50 percent of the fairways and only 10 of 18 greens.  Yet, here he is with an under par round of 70 in his first ever Masters.

Does he not understand how things are supposed to play out?

Instead Fowler makes a tough side-winding putt on 15 after hitting it way right off the tee.  Then he made an even more difficult one on 16 after using the undulations of the green to pull his tee shot towards the hole.  Finally he made one more putt from the borderline of the shelf on the 18th green.

These are breaks Masters veterans struggle with; how this is young pup schooling them?

If Fowler continues to find his way, watch out world! 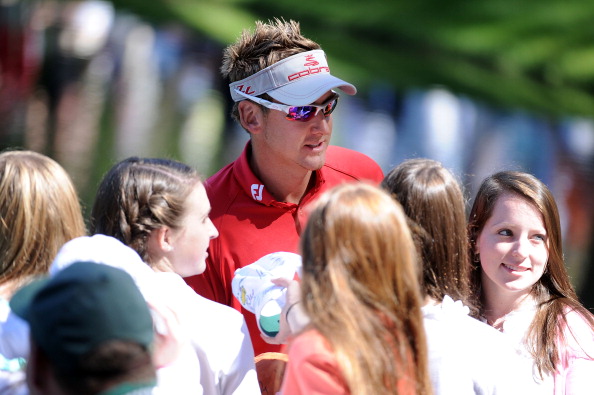 Ian Poulter has been desperately seeking his first major.

Considering his noteworthy fashion, wouldn't it make sense for his first one to be the green jacket?

Poulter appeared to be in position, two under through six holes.

Yet the back nine turned things in the wrong direction.  Poulter could not birdie the par five 13th and made things worse with a bogey on the other par five 15th.

The Brit finished with two bogeys and a double bogey on his final four holes of the day, taking him from in the pack to fighting to ensure he makes the cut with a 74.

People had high hopes on Poulter, particularly with such a good start.  Thirteen of 14 fairways should be enough to post a low round.

Yet Poulter did not make a single sand save, going zero for three on the day.

Time to hit the practice bunker! 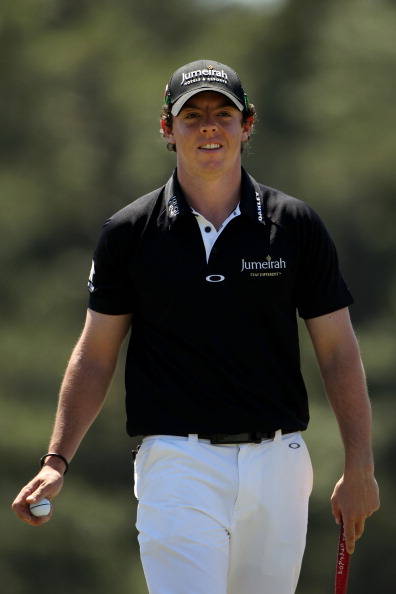 Now we all knew that McIroy was talented.

We knew that he could be a contender.

Still, did anyone expect this level of mastery?

McIlroy lit up Augusta National in round one with seven birdies and not a single bogey.

Not bad for someone who missed the cut last year and has only two previous stints at the Masters under his belt.

How good is that?

Well, it is two strokes shy of the magical 63, the lowest round in a major ever.

It tied the best low round of all of last year's Masters and was the best opening round since 2009.

On one hand, this is not surprising.  McIlroy shocked everyone with a magical 63 last year in the Open Championship.

Unfortunately, he also remembers the round of 80 on Friday that really deflated what could have been a breakthrough moment.

Will history repeat itself or has the young Northern Irishman learned from his mistake? 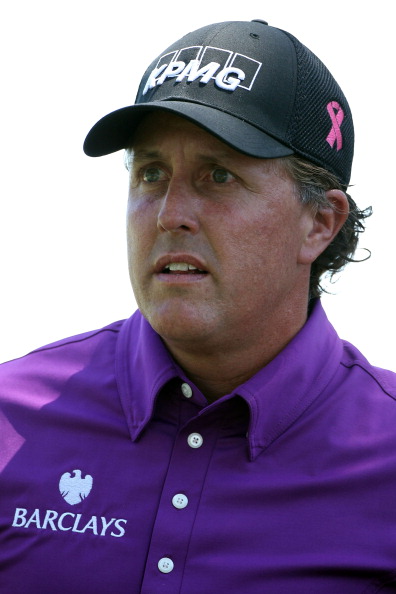 It might be time to call this man Mr. Smoke and Mirrors.

Mickelson shooting under par is not surprising; he is a three-time champion and the favorite heading into Augusta.

It is how he did that is head-scratchingly amazing.

Hit in the flower beds?  Not a problem.

Putt roll off the false front? He'll get it up and down.

If you put it in a trash can, Mickelson would probably find a way to scramble and make par.

In truth, the lone bogey on 18 was almost shocking considering how mundane the shot was compared to some of his other fireworks.

Mickelson clearly is playing with a load of confidence.  He continued to smile and play aggressively, even when he hit only four fairways.

If Mickelson can shot a 70 when he is spraying the ball everywhere, imagine what he could do if he kept the ball in the short stuff.

On the other hand, how much longer can he keep up these heroics if he cannot clean up his mistakes off the tee?

Oh well, he has surprised us before. 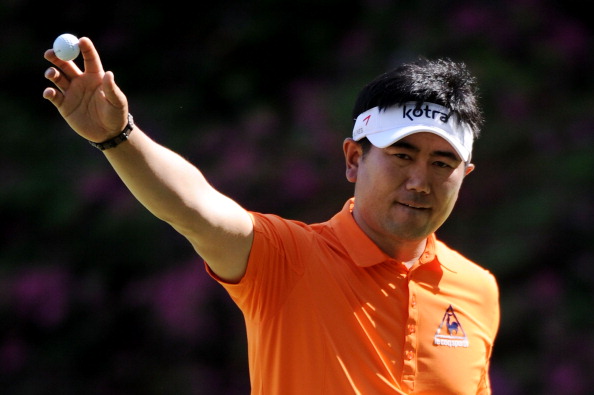 Okay, be honest, how many of you really expected to see Y.E. Yang near the top of the leader board at a major ever again?

Yang, or as I like to call him, "The Tiger Tamer," came out of nowhere and stole headlines from McIlroy's impressive 65 with a 67 of his own.

Granted, the South Korean PGA Champion knows something about pulling off some amazing shots. His late heroics shattered Tiger Wood's streak of invincibility well before the events on Thanksgiving.

For the first time ever, Woods was beaten with a 54-hole lead heading into Sunday.

Yang putted well in the middle of his round and ended up hitting only 27 putts for the day despite some scrambling late.  Even with two bogeys on his the last two holes, Yang racked up six birdies and an eagle to put himself in contention for a second major.

The mark represented his lowest round ever at the Masters and helped serve notice that this man is more than just a one trick pony. 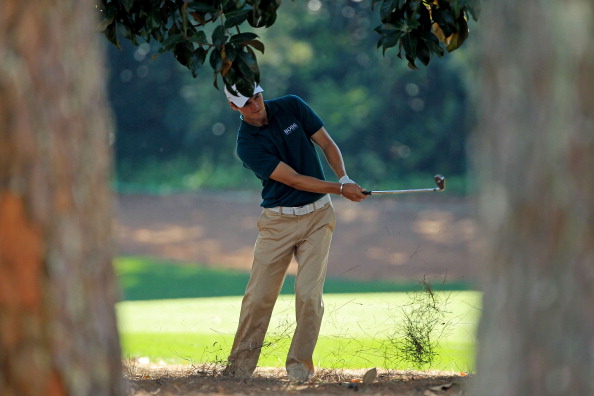 The 2010 PGA Champion had 22-to-1 odds to win this tournament heading into Thursday.

Now he will be lucky if he even makes the cut.

Kaymer is the No. 1 ranked golfer in the world.

Yet statistical formulas did not save him from a staggering six bogeys and one double bogey in shooting a six over par 78 on Thursday.

Kaymer had a bad day all around.  He hit only six fairways and had 35 putts.

This may not be the right course for the German star.  He has never made the cut at Augusta, and it appears like he will have do something special tomorrow to pull it off.

Considering that Friday's pin placements are typically tougher than Thursday's, that should be an even taller task. 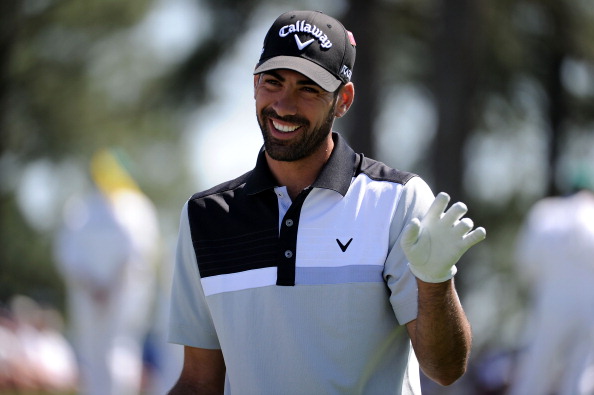 So how many of you had Alvos Quiros in your office pool?

Now some of you may have no clue who this guy is.

Some of you may only know him as a guy who can hit it 10 million yards off the tee.

I know him as a guy who just bested his best round ever at the Masters by 10 shots.

Mr. Long Ball matched his impressive driving statistics with an even better putting performance towards a round of 65 and a share of the lead.

Quiros had only 26 putts.  Considering that he found 14 of 18 greens, that number is even more impressive.

Still, the key to Quiros playing well today was his lone bogey at 14.  After hitting it into the woods, Quiros hit his second straight into a tree and put himself into even more trouble.

Instead he scrambled and made a clutch bogey putt from about 20 feet out to keep the round's momentum going and score three more birdies before round's end.

Quiros knows that bombing it a long way will not be enough.  He has to continue to keep it in play and hold on to this magical putting streak.

Augusta National is a course that should set up well for him, and it finally happened.

It may be a surprise, but the biggest surprise is that he may not be done yet.