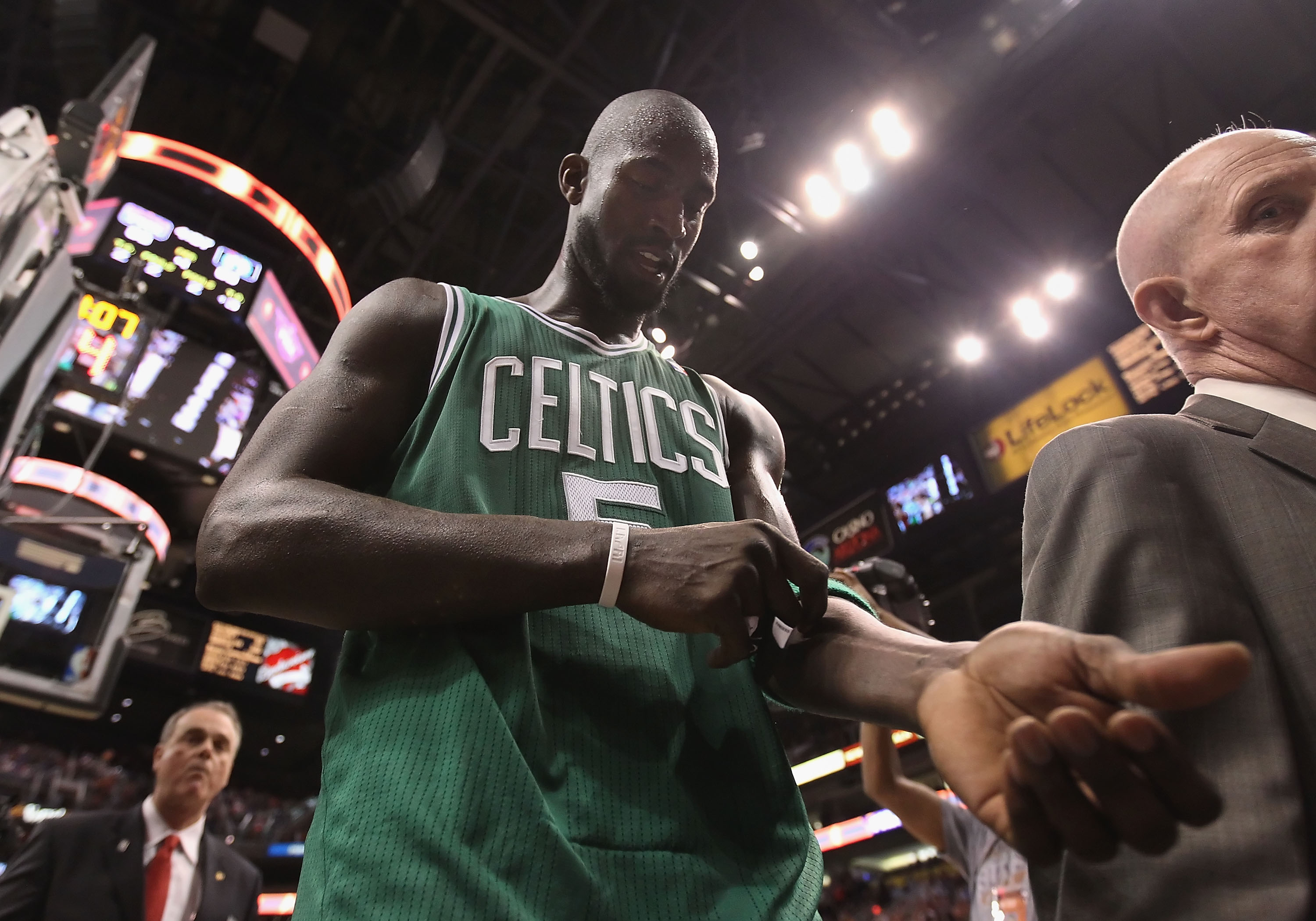 Following the skirmish between Miami Heat guard Dwyane Wade and Boston Celtics forward Kevin Garnett Sunday in the Celtics' 85-82 win, we at Bleacher Report decided to give you the 10 NBA fights we'd love to see come to fruition.

Garnett, who continues to be one of the league's most hated players, made this list twice.

So did two of the craziest players in the league (you can probably guess one of them).

Got a lot of big men on this list, but also added some guards for your enjoyment, plus a bonus slide featuring two well-known coaches.

The Skirmish Between D Wade and KG

Of course, first we have to show you the skirmish between Dwyane Wade and Kevin Garnett to get this slideshow started.

On Sunday, Garnett set a hard screen on Wade's teammate Mike Miller, which Wade responded to by giving Garnett a nudge/boxing him out (depends on which way you look at it).

For the sake of this article, we'll say Wade had hate in his veins and went after Garnett, which I actually would believe.

Wade drew a flagrant foul for his actions. 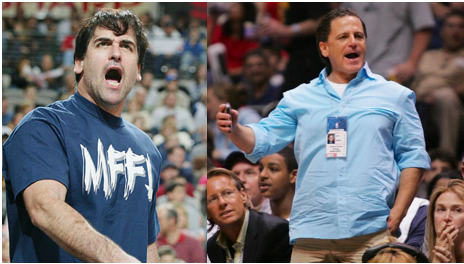 Dallas Mavericks owner Mark Cuban is well known around the league for looking like he's had too much coffee and constantly getting into it with players and officials alike.

Off the top of my head, I remember when Cuban got into it with Denver Nuggets guard J.R. Smith.

Dan Gilbert, of course, is the Cleveland Cavaliers owner who sent out a hate-filled letter directed toward LeBron James when he left town for South Beach.

Both Cuban and Gilbert have a lot of pep, and a fight between these two would be golden. 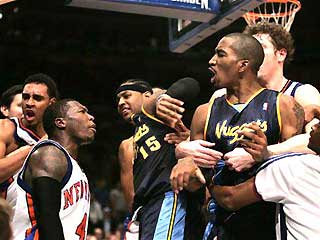 After Carmelo Anthony punched the Knicks' Mardy Collins in the infamous Knicks-Nuggets brawl on Dec. 16, 2006 (the most penalized game since the Pacers-Pistons brawl), both Jared Jeffries and Nate Robinson went after Anthony.

I for one would love to see Robinson got at it with Anthony.

He has hops, evidenced by him jumping over teammate Paul Pierce this year (and landing on his head), and it would be funny to see how he would fight Anthony.

Hey, it could happen.

In 2009, Chris "Birdman" Andersen of the Denver Nuggets got into a bit of a skirmish with Los Angeles Lakers forward Lamar Odom.

You could see it coming a mile away after the two faced-up while play was going on, then realized they were playing basketball.

Moments later, Odom went after Andersen, and Kenyon Martin had to get in the way.

Birdman's fighting ability would be interesting (long arms, looks crazy), and Odom has had history with Boston's Kevin Garnett as well.

I dearly hope it gets more physical next time around. 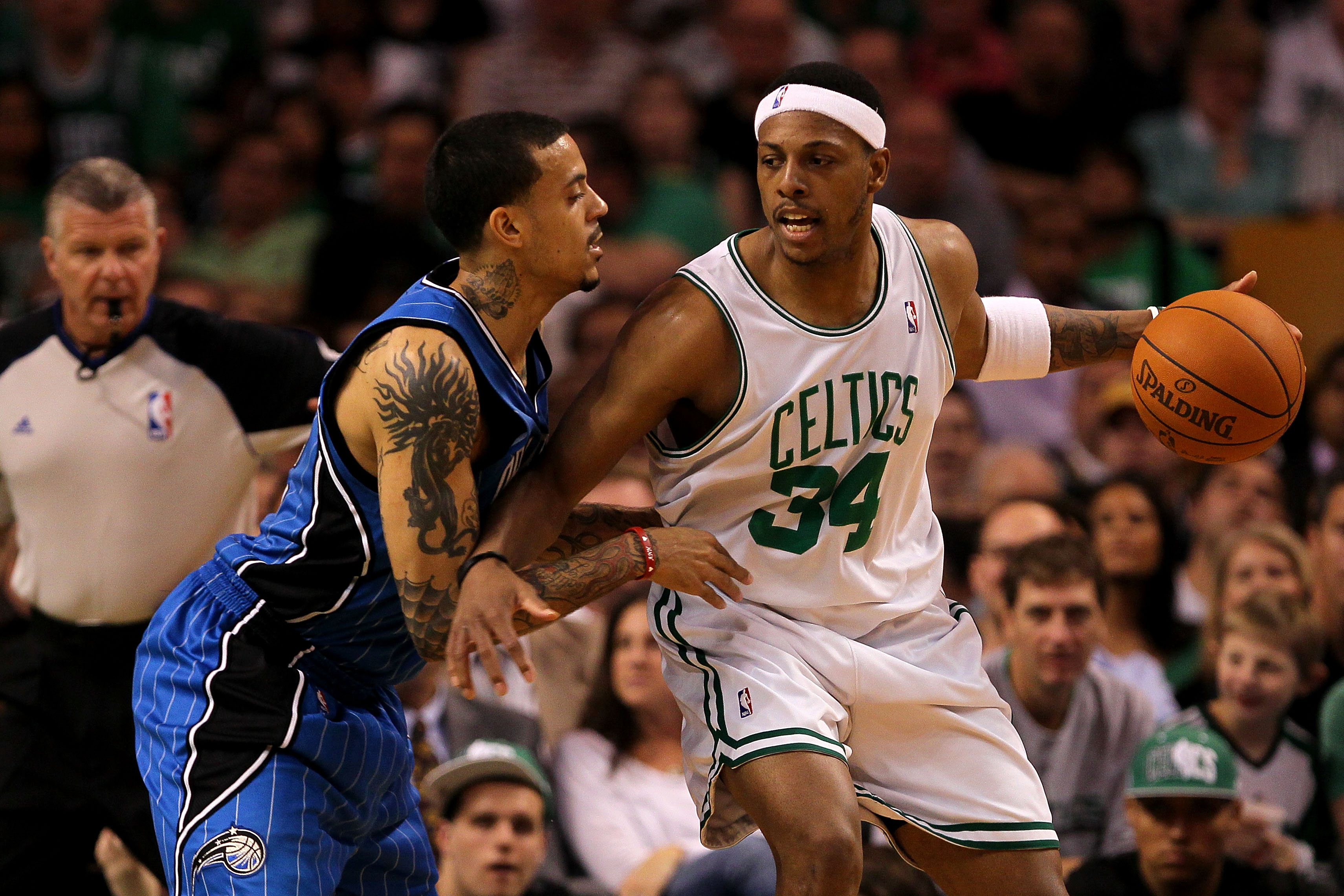 Not only have these two known tough guys gotten into it before, Matt Barnes recently moved to L.A. to join the rival Lakers.

I'd love to see a Finals rematch, where Barnes and Pierce go at it.

Pretty much every player has tattoos in the NBA, but the ones with the most generally seem to be the most fight-prone.

If you ever want evidence that it's possible to push a 7', 245-pound big man across the court, just watch this video.

K-Mart obviously had something against Dirk in 2009, unleashing on the big guy.

Nowitzki got up and jawed a bit, but I wanted more from this fight.

Just imagine Nowitzki's crazy hair flopping around and K-Mart, all riddled with tattoos, going all crazy.

Nowitzki could cap off a knockout with a kiss on K-Mart's lip tattoo, adding insult to injury. 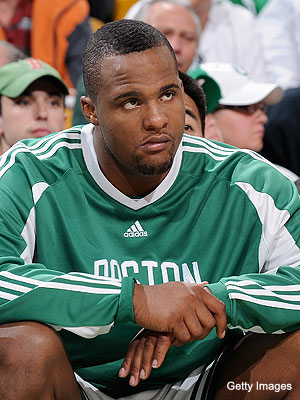 For some reason pitting him against Boston's Glen "Big Baby" Davis amuses me.

In this little skirmish between the Los Angeles Lakers and Orlando Magic, Magic center Dwight Howard appeared to give Pau Gasol a little nudge with his elbow.

I don't think this fight would end well for Gasol, but he's a really goofy guy, and I would suspect he would fight goofy-style, as well, which would be fun to watch. 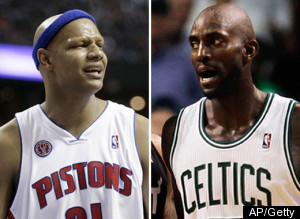 Villanueva went at KG via the wide world of Twitter.

Villanueva went ever further, saying he'd "love to get in a ring with him. I will expose him."

Garnett said he meant Villanueva was cancerous to his team, but Villanueva sure didn't take it that way.

Sounds like a wonderful fight brimming with hate to me.

Boston Celtics forward Kevin Garnett has gained a lot of respect throughout the years as a player, but he has certainly made a lot of enemies, too.

There was a little jawing, but nothing special.

Wade and the Heat are trying to be the new Beast from the East and they'll have to get through the Celtics to claim that crown.

Sounds like another fight's a-brewin' if these stars align just right.

Ron Artest and Stephen Jackson were Indiana Pacers teammates in 2004 when the infamous "Malice at the Palace" broke out in Detroit.

At one moment Artest is trying to connect with his inner sensei on the scorer's table, the next thing you know a cup lands on him and he erupts.

Jackson erupted along with him...at the fans.

I always wonder what would happen if the two went at it from different teams.

Artest and Jackson are probably the craziest players in the NBA, I can't imagine what a fight between them would consist of. 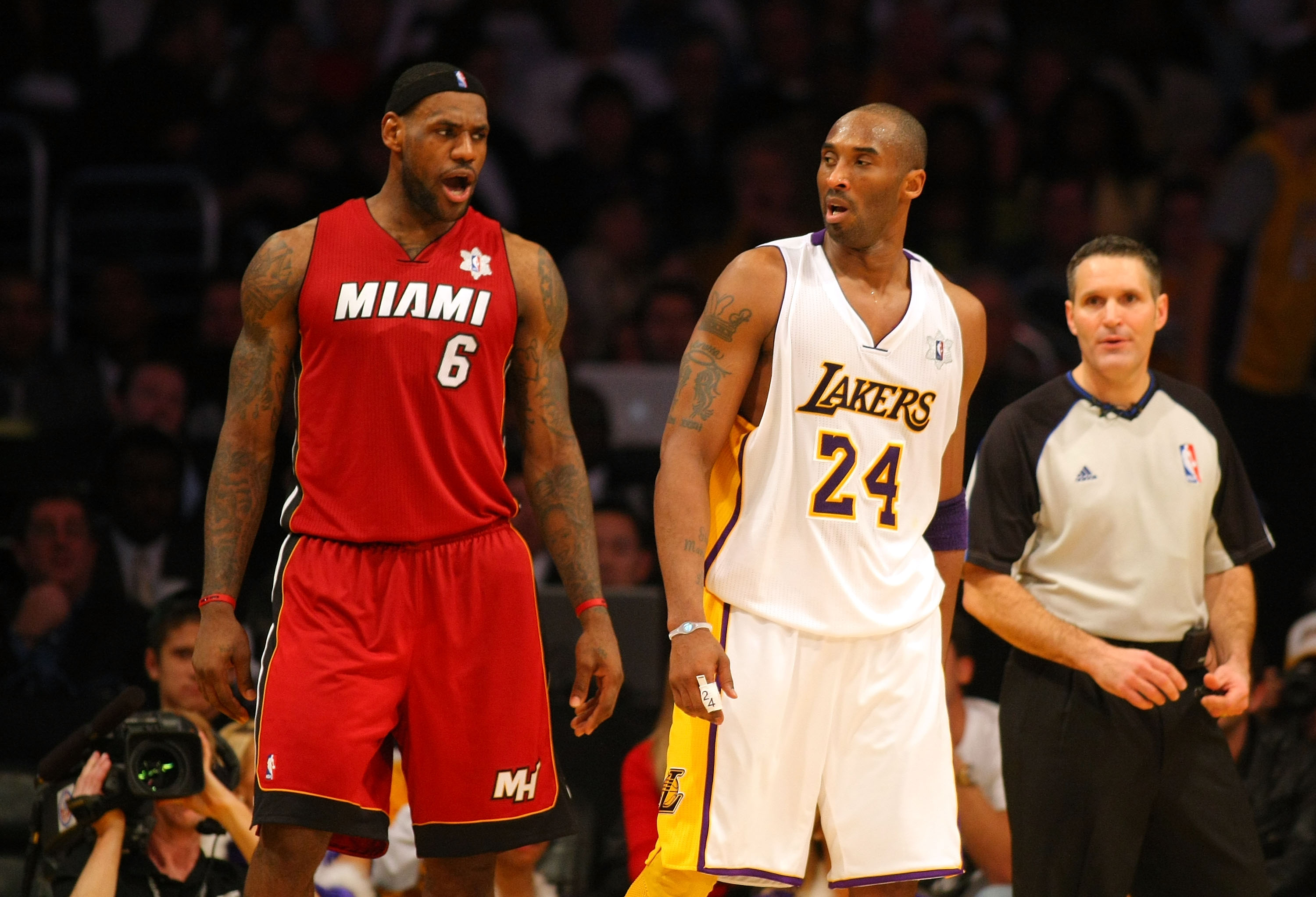 Arguably the two best players in the league, a battle between Miami's LeBron James and L.A.'s Kobe Bryant would be epic.

LeBron and the new kids in town battling the defending champion L.A. Lakers?

Sounds good to me.

Who would win the bout?

I'd personally take King James based on the fact that he's a linebacker on the basketball court, but I wouldn't count out Kobe, either.