Carson Palmer Threatens to Retire If Not Traded by Bengals 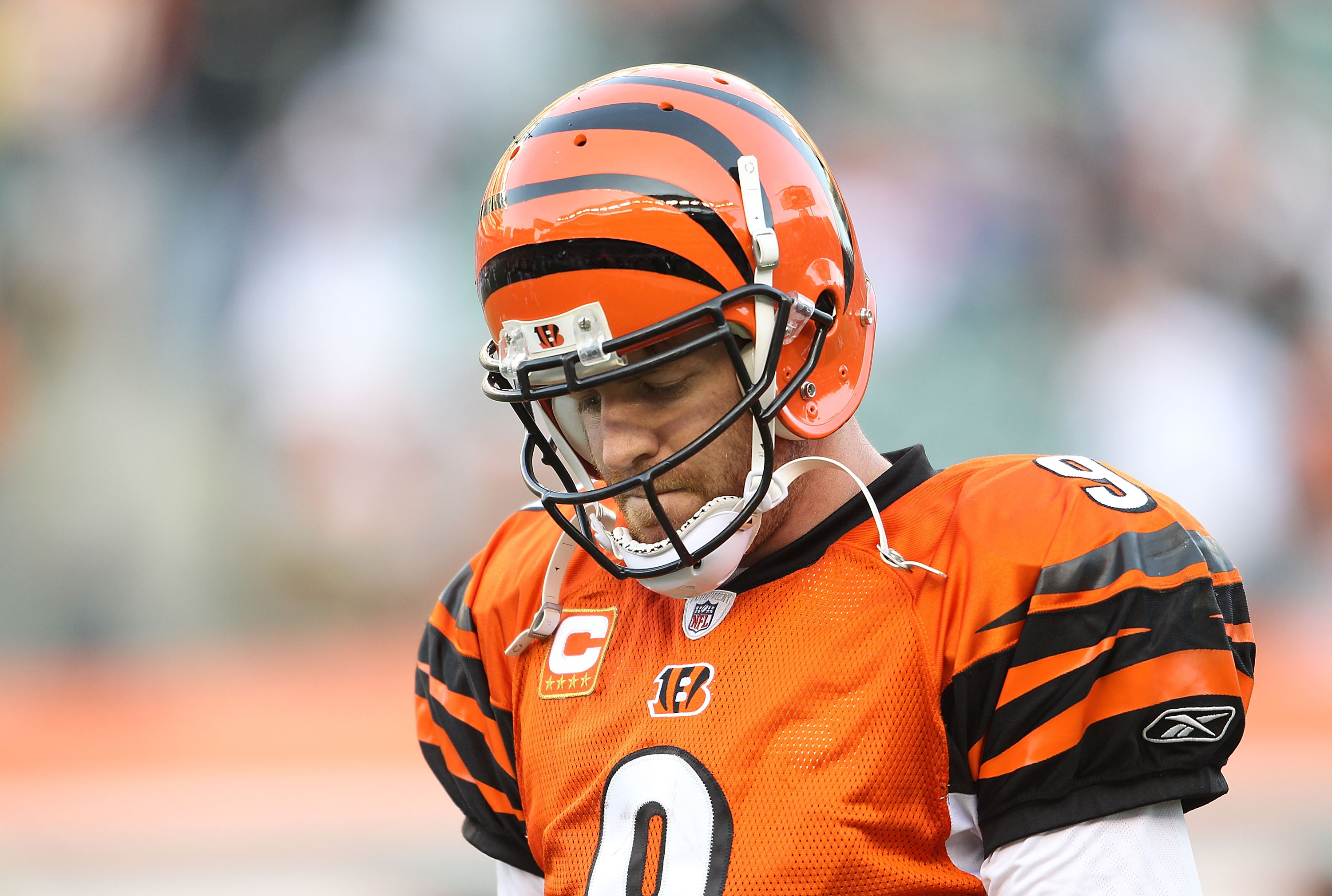 Palmer has had nothing but frustration the last few seasons in Cincinnati.Andy Lyons/Getty Images

You have to feel some sympathy for Bengals quarterback Carson Palmer.  All he wants to do is win a Super Bowl ring, which will not happen anytime soon with the Bengals.

It is being reported that Palmer, an eight-year veteran out of USC, requested to be traded from Cincinnati about a week ago.  Here's the problem: Bengals owner Mike Brown roundly rejected the request, saying that Palmer is central to the team's plans.

As flattering as that must be to Carson, there's little hope for him that the future plans of a team that just finished a 4-12 season will amount to anything.

For Carson, the options are clear: get traded to another team or retire.  Assuming that a 31 year-old, former Pro Bowl and playoff quarterback doesn't seriously consider retirement, here are five teams that could really benefit from acquiring him. 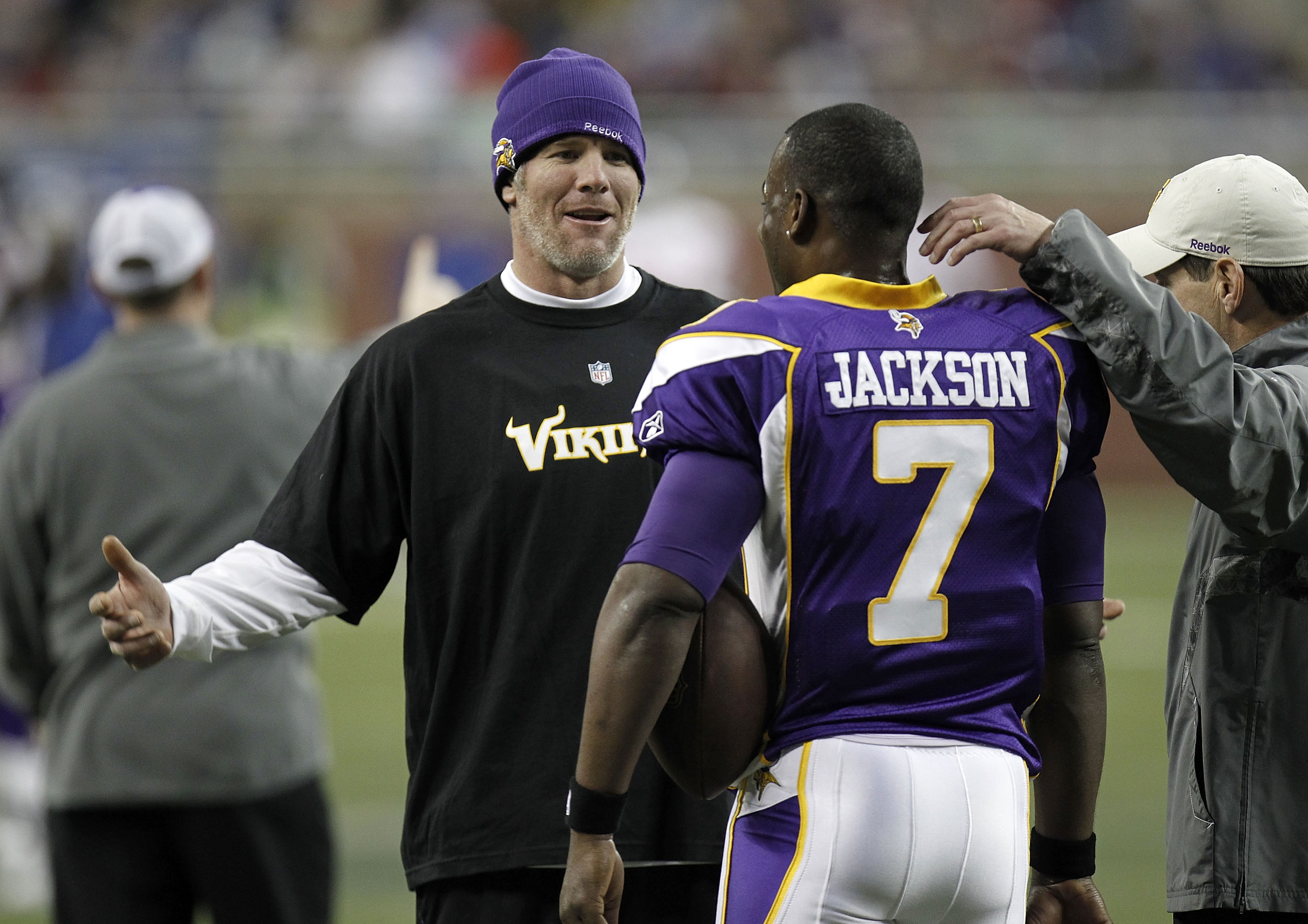 Palmer could easily pass up Jackson on the depth chart, given that Favre stays retired.Gregory Shamus/Getty Images

The Vikings have not had a steady, long-time quarterback since the days of Daunte Culpepper. The team has a lot of pieces still in place from the NFC runner-up team just a year ago, and does not seem far off from contending again.

The position that derailed Minnesota this year was quarterback.  Brett Favre tried, as always, to play injured, and it turned out horribly.  Tarvaris Jackson and Joe Webb left much to be desired when filling in.

With an offense that has weapons on the outside (Percy Harvin, Sidney Rice, and Visanthe Shiancoe) this team could really take off with a steady quarterback under center.  Palmer has always been a throw first, ask questions later guy like Favre, but could easily be the piece that completes the puzzle in Minny.

Plus, having Adrian Peterson to keep the pressure off Palmer could do wonders for his turnover happy ways.  He never had a serious running back threat like AP behind him, so defenses always keyed on the pass against the Bengals.  That would not be the case if he came to the Vikings. 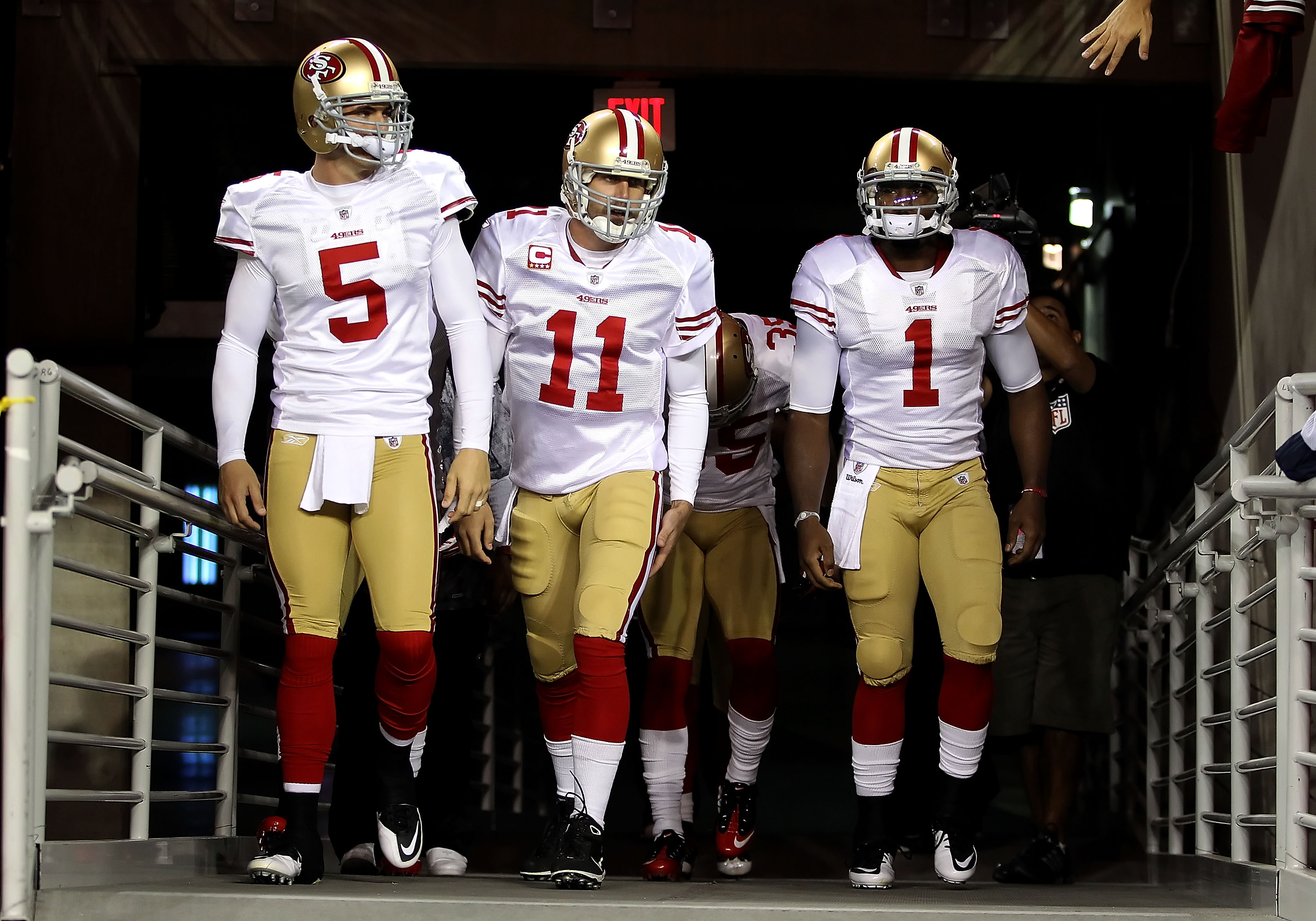 This trio made a talented, playoff-ready team into a 6-10 disaster.Christian Petersen/Getty Images

Alex Smith.  Troy Smith.  David Carr.  Carson Palmer.  Which one would you choose?

The 49ers were the trendy NFC West pick heading into the 2010 season and disappointed everyone with a truly awful performance.  There was talent at every skill position, the line wasn't bad, and the defense one of the best.  What really dragged this team under was the play of its quarterbacks.

Though Palmer doesn't fit the mold of the West Coast offense, it wouldn't matter to new head coach Jim Harbaugh.

Himself a former quarterback, Harbaugh could maximize Palmer's efficiency and accuracy by centering the offense around him. Plus, what better time to bring in a new QB than when an all new coaching staff arrives?

The 49ers have lots of tradable pieces from a strong defense and a budding offense, which would make this a great fit for everyone involved.  Just like the Vikings, this team is ready to compete, but just needs a viable signal caller. 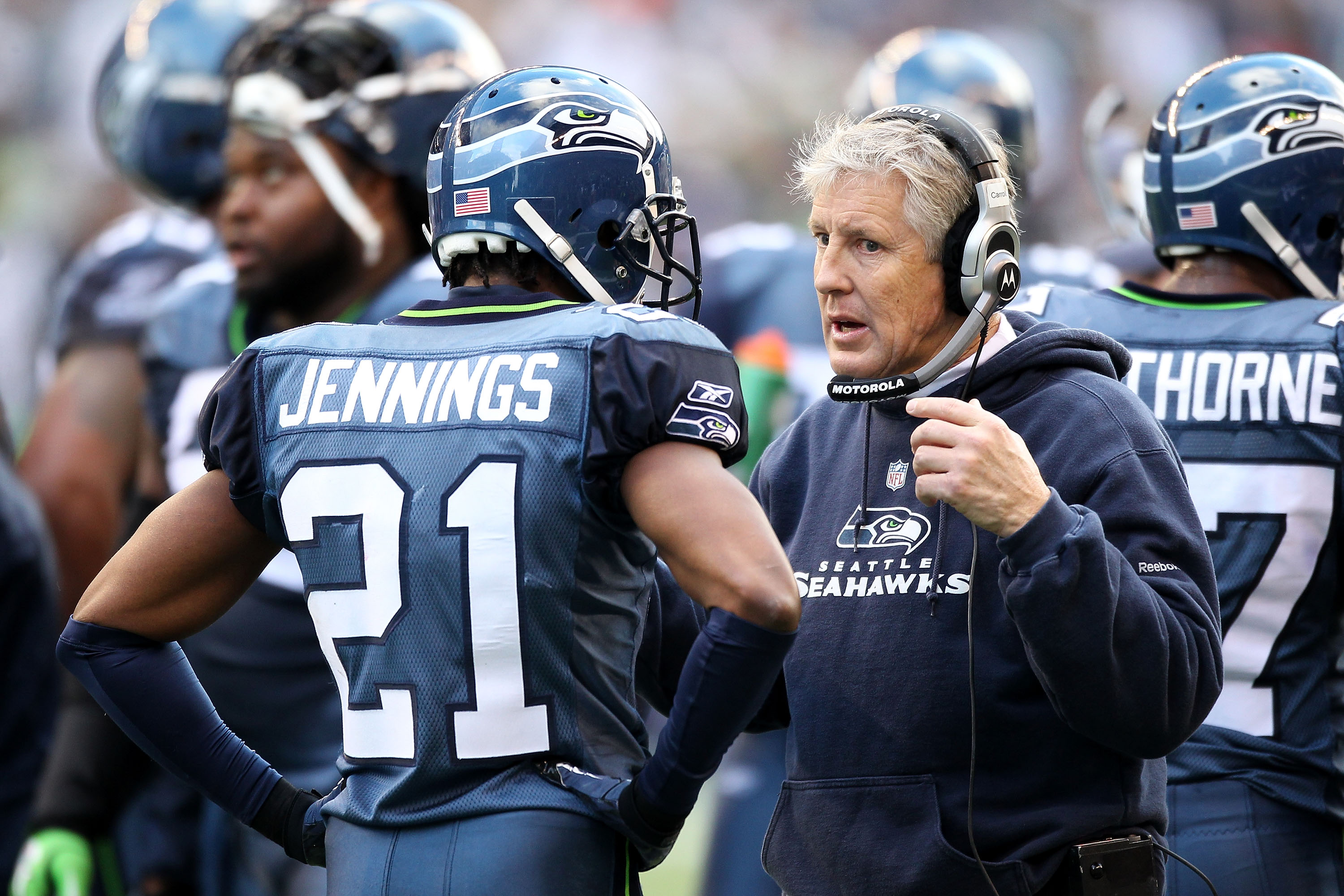 Reuniting with Pete Carroll in Seattle could have a positive impact on Palmer's game.Otto Greule Jr/Getty Images

Why not?  Not one person in that organization would rather have Matt Hasselbeck or Charlie Whitehurst over Carson Palmer.

I won't say Pete Carroll did a great job with Seattle this season because they were 7-9.  He played the cards he was dealt, though, and took advantage of a weak division to sneak into the second round of the playoffs.  This team isn't just ready to compete, they already are.

Back at USC in 2002, Palmer was 11-13 as a starter entering his senior season.  He was much-maligned as boosters and fans were fed up with a half-decade of losing football.

Palmer rose to fame and the top of the NFL Draft by putting together a sparkling 2002, leading the Trojans to an 11-2 mark, their first BCS win, a Heisman Trophy, and springboarding Pete Carroll and USC back onto the map for the next seven years.  That's a pretty impressive team.

I could easily see Palmer being reinvigorated by joining up with Carroll again on his native West Coast in a system he ran in college.  Carroll has done wonders with some of his former college players, most notably the reclamation project of WR Mike Williams this season. 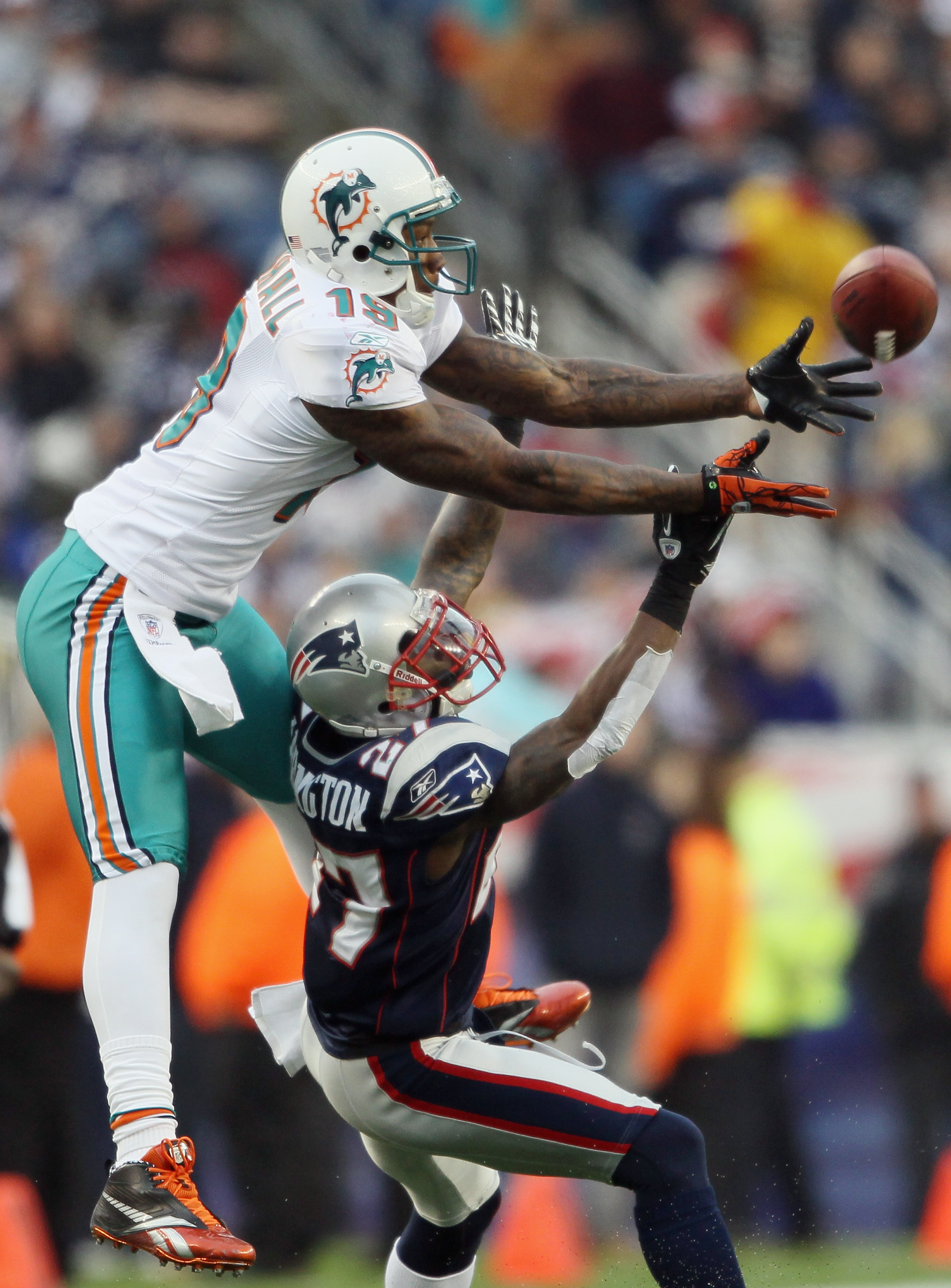 Brandon Marshall is itching to get back with a QB who can get him the ball.Elsa/Getty Images

Miami, like the other teams mentioned, floundered this season because of their quarterback play. Between Chad Henne, Chad Pennington, and Tyler Thigpen, there was not much to get fans excited.

The team ranked 27th in passing TDs and 28th in QB rating, much to the dismay of All-Pro receiver Brandon Marshall.

What better time for the Fins to make a change and snatch up Palmer's big arm?  They traded for Marshall two years ago and haven't had anybody who can get him the ball since.  Miami is better than its 7-9 record indicated, but can only go as far its quarterback leads.

A strong running game and warm weather could take Palmer back to the top of his game and the Dolphins quickly back to the playoffs. 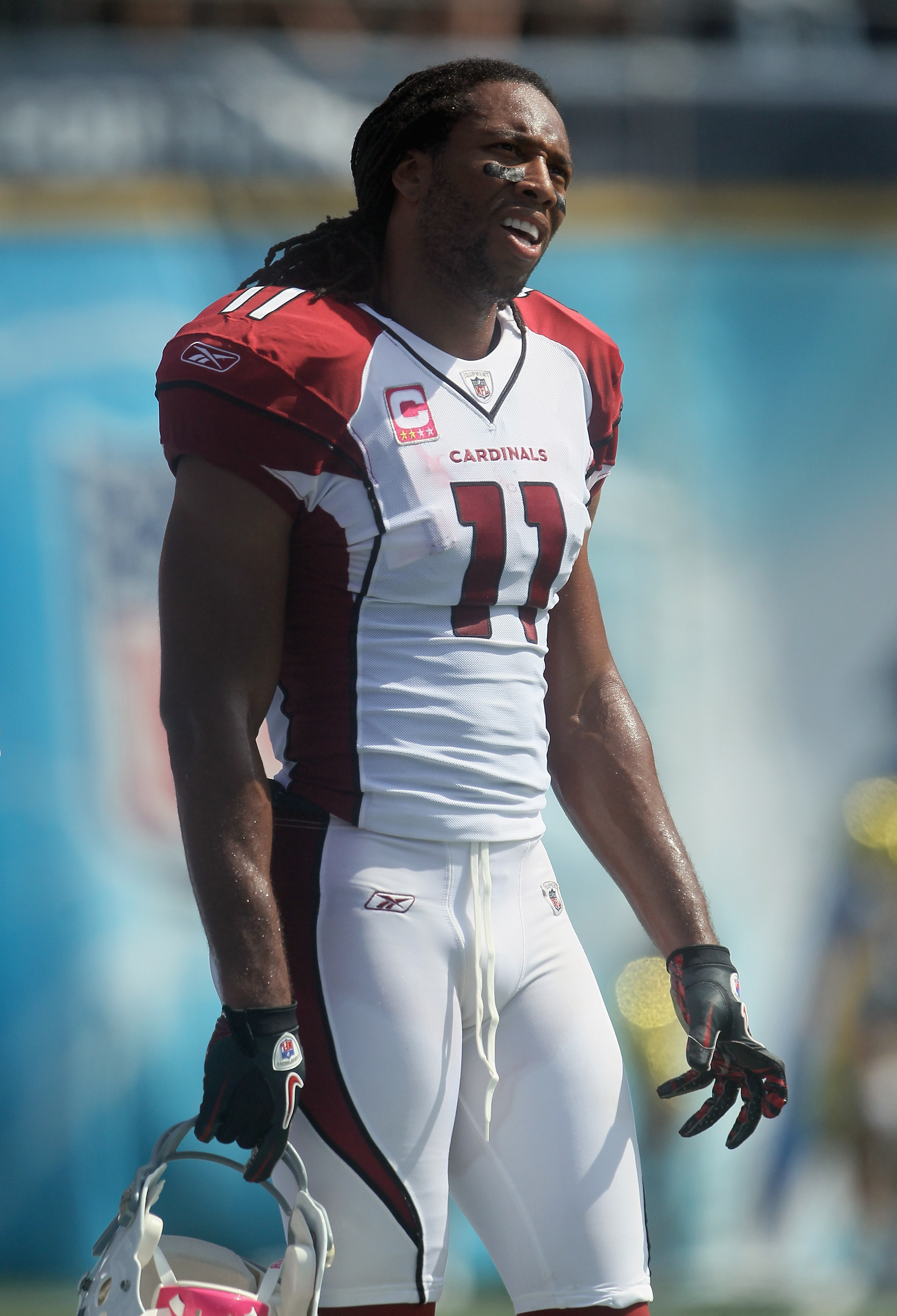 Given the quarterbacks Arizona put out to throw him the ball this year, Fitzgerald is the one who should be demanding a trade.Jeff Gross/Getty Images

My sympathy goes out to Larry Fitzgerald.

Imagine catching passes from Hall of Fame lock Kurt Warner, then having to struggle through a whole year of John Skelton and Derek Anderson.  The day he found out Warner was retiring had to be the saddest day of Fitzgerald's career.  But never a complaint does Larry make.

The Cardinals have to reward their superstar.  He was visibly unhappy on the field all season long because he was essentially being wasted.

If the Cards don't get a quarterback soon, they might as well trade Fitzgerald, because they can't get him the ball with who they have right now.  He's a wasted asset.

Palmer's trade request should have sent Arizona GM Rod Graves right to the phone to call up Mike Brown. He should offer whatever Brown wants to get Palmer, who would be a huge upgrade over anything they have now.

The Cardinals need to strike quickly, because the NFC West is currently wide open, and their chance to make the playoffs next year is as good as the other three tenants of the division.

He's Still Got It 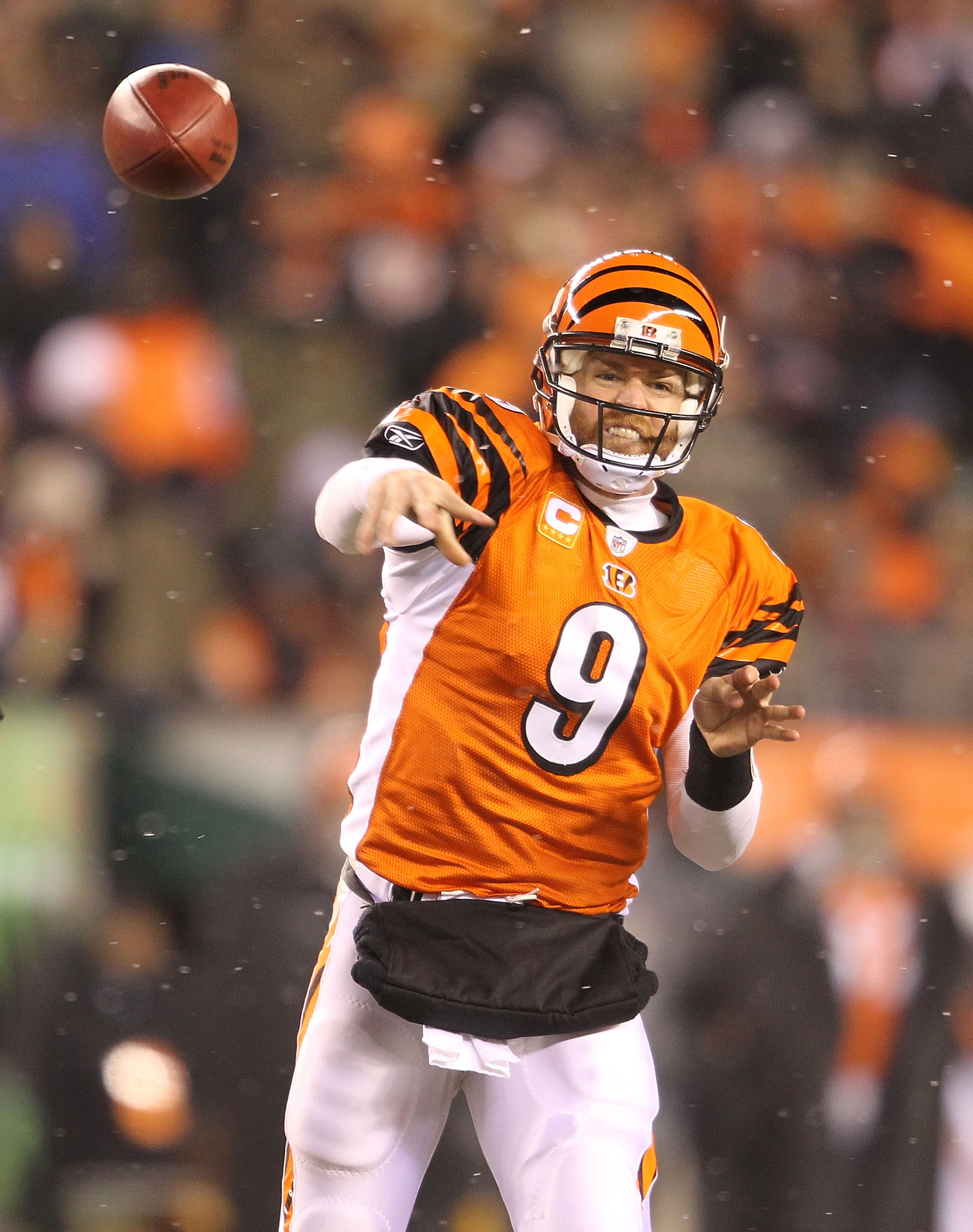 Palmer has not been the same quarterback since his monumental ACL injury in the 2005 Playoffs.  He was 26 years old, on the rise and playing for a competitive team.

After the injury, it seemed like everything changed.  The team went into a funk that they have yet to come out of, and Palmer lacked the confidence that the had before the injury.

He's spent the last few years toiling on a hopeless team, throwing interception after interception in a cold-weather city.

At 31 years of age, Carson had a decent season, passing for nearly 4000 yards, showing that he can still play quarterback in the NFL.  Maybe a change of scenery and a competitive roster is all he needs to thrive again.