As I walked past Dick Howser Stadium on my way to the gym today, the pop of a ball hitting a catchers mitt and John Fogerty’s Centerfield blaring from the speakers only meant one thing to me: It’s time for some Seminole baseball again!

With opening day against Virginia Military Institute a little less than a month away, I figure now is as good a time as any to brush up on some of our ‘Nole knowledge and take a look at what to expect from this year’s squad.

The Return of FSU’s Best Hitter and Pitcher 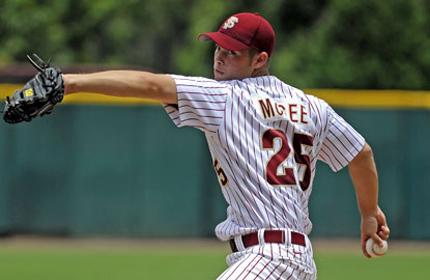 Luckily for ‘Nole fans, the best hitter and pitcher returning to the team is the same person: Mike McGee.

A senior this year, McGee will be looking to put a stamp on his college career with solid numbers resembling last years team leading 17 home runs, 73 RBI’s and a 2.96 ERA.

After last years debacle against TCU in the College World Series when McGee entered in the eighth to close out the game, but subsequently gave up five runs on two errors to take the loss, McGee will have added motivation to make his last year in the garnet and gold count with nothing short of a national championship.

What Will the Rotation Look Like After Sean Gilmartin and Brian Busch? 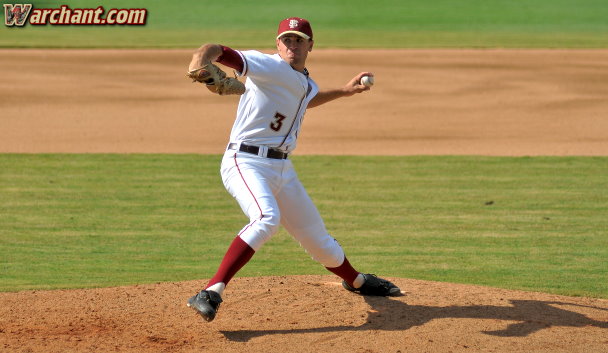 With their top two starters returning for another year of service, the Seminoles have a good thing brewing with the one-two punch of Sean Gilmartin and Brian Busch, but who does Coach Mike Martin tab after that?

In my mind, there are three main candidates competing for the third rotation spot and all three had the opportunity last season to show their stuff as a starter.

Sophomore Scott Sitz showed the most upside going 5-0 with a 3.76 ERA.

Junior Hunter Scantling went 3-2 with a 4.47 earned run average. His hulking size at 6’8” and 270 lbs may be a feature too good for Coach Martin to pass up.

And sophomore Robert Beniscasa went 2-0 with a 5.32 ERA in four career starts.

Along with some incoming freshman thrown into the mix, look for these three to battle it out early in the season in order to become a mainstay in the rotation.

Can the Bullpen Continue Its Dominance?

An astounding 111-6 when leading after the sixth inning, the ‘Noles bullpen will look to duplicate this amazing accomplishment and, in all honesty, they most likely will.

The bullpen has great depth with star Mike McGee holding down the closers role and senior Daniel Bennett, 5-1 3.51 ERA, will have plenty of opportunities to record the hold.

The rest of the bullpen should fall into place as the season progresses, but one name to keep an eye out for is freshman Peter Miller from Cambridge High School in Lutz, Florida. He definitely has the best arm on the staff and look for Coach Martin to use his abilities on the regular.

The Most Pressing Question of the Year: Who Can Replace CF Tyler Holt? 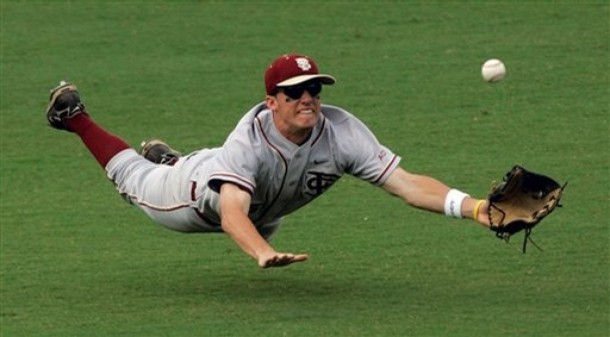 Surrendering his senior season for a more lucrative career in the pros (10th round pick by the Cleveland Indians; 500k signing bonus), Tyler Holt was a big part of last year’s offense in the lead off spot.

The lead off spot will more than likely be handed over to sophomore 2B Devon Travis who can match Holt’s 30 stolen bases and hopefully improve upon his .276 batting average at the top of the order.

Coach Martin and his staff will have a difficult time replacing Holt’s leadership and phenomenal glove, but someone is bound to step up as the season prolongs.

As it stands right now, look for JuCo transfer Seth Miller to get the nod to start in center as he’s got above average power and a glove that can hopefully match that of Holt’s.

A Much Needed Defensive Upgrade at SS 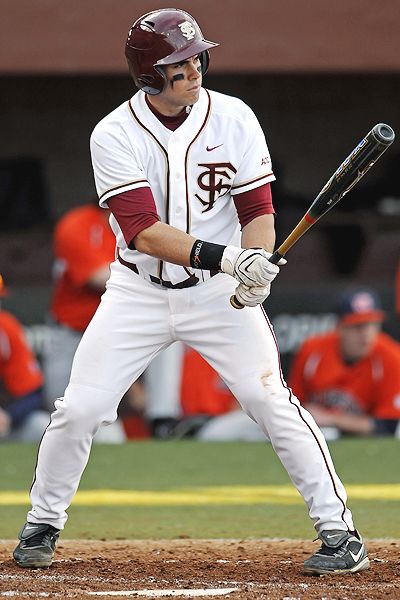 The only other position the ‘Noles need to fill is shortstop, voided by Stephen Cardullo’s graduation this past spring.

Third on the team with 11 home runs, fourth in RBIs with 53 and second with 21 steals, Cardullo’s bat and speed will surely be missed in the lineup, but his poor play in the field is something the ‘Noles need to approve upon.

Committing 23 errors at short last year, the most of any 'Nole, Cardullo will be replaced by sophomore Justin Gonzales who should be able to approve upon this total.

Gonzales did get some experience during his freshman season at second base when Devon Travis went down due to injury, so he should be more than capable of handling the everyday shortstop duty.

Overall, in 2011 the Seminole Will Win the ACC and Return to Omaha for the 21st 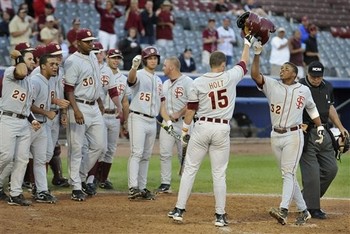 Photo courtesy of The Associated Press

If the ‘Noles can live up their potential and play to their capabilities, the college baseball world fully expects them to clinch the ACC Championship slating them for another bid to the College World Series in Omaha.

Riding the back of Mike McGee, Sean Gilmartin, Brian Busch and a few other position players, the ‘Noles will be the class of the ACC and who knows, maybe the 21st time’s a charm.