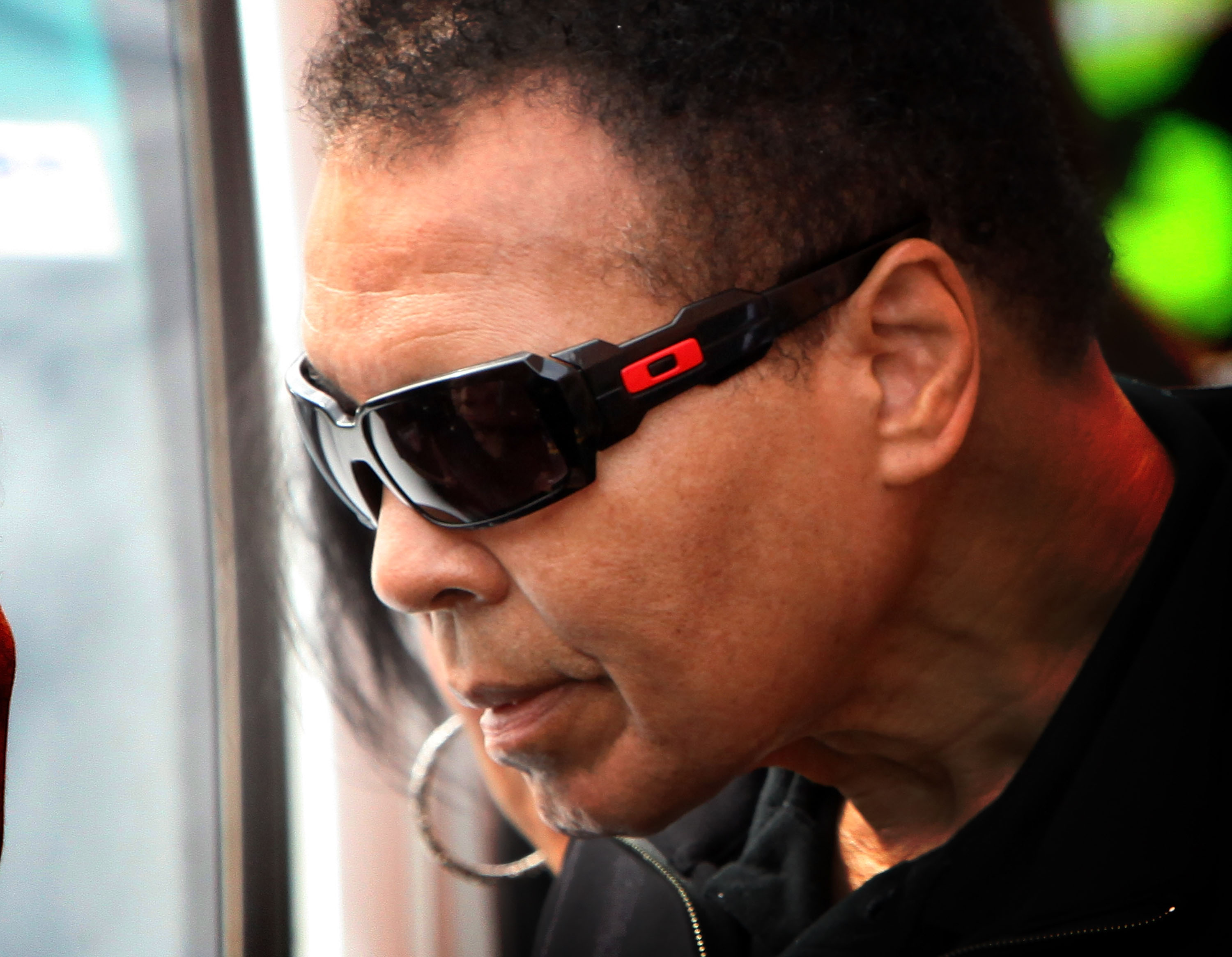 First, I'll say that I'm ashamed that not one other writer has written an article about one of the greatest fighters on his birthday. But to the point.

Today, the self proclaimed "Greatest" turns 69 years old. The influence of Ali hasn't been matched since he left the ring and it may never be felt again.

He was more than a boxer to black America he was a icon of what could be achieved. He was beloved but almost all Americans by the time his career was over.

He accomplished so many things to boil it down to only 10 was a very hard thing to do.

Among other things, he defeated every top heavyweight in his era, was named Fighter of The Year by The Ring more than anyone, participated in more Fights of The Year than anyone, and was named Sports Illustrated "Sportsman Of The Year," one of only three boxers to receive the honor.

There will be things that are left out and feel free to tell me that in the comment section.

Happy birthday Muhammad and I hope you celebrate many more.

#10: Winning Light Heavyweight Gold at The Rome Olympics in 1960

Ali had a very fruitful amateur career that ended with him winning the Gold Medal at the Olympics in 1960.

He ended his amateur career with a record of 100-5.

#9: TKO Win Over Sonny Liston in Their First Fight

Sonny Liston was the original Mike Tyson and few pundits gave the young, brash fighter out of Louisville much of a chance.

Ali controlled the fight with his speed and movement and opened a cut under Liston's eye in the third round.

The only trouble he encountered was temporarily losing his vision in the fourth round and fifth round. It is still unknown if Liston's corner did this on purpose or not.

Ali regained his vision and dominated the fight until Liston failed to answer the bell for the seventh round, citing a shoulder injury.

The win made Ali the youngest fighter, at 22, to take the title from a defending champion. This is a mark that stood until Mike Tyson knocked out Trevor Berbick in 1986.

This fight was significant in my eyes because it showed that Ali had a wicked side to him and he could be brutal in the ring.

The popular image of Ali is quick hands, fast feet, and just an overall slickness. In this fight he showed that he could do all of that and be mean at the same time.

In the buildup to the fight, Terrell refused to call Ali by his new name. He instead kept calling him Clay which angered Ali greatly.

During the fight he beat and brutalized Terrell and could be heard yelling "What's my name, Uncle Tom...Whats my name."

This fight is significant because it was the last defense for Ali before he went to jail for refusing to fight in the Vietnam war.

Ali displayed his typical quick hands, feet, and superior movement in getting the victory.

Ali was out of the ring for 3 1/2 years and many thought that his time as a top-tier-fighter was over. Ali had other ideas and set out to prove it quickly.

Unlike fighters of today, Ali came back and faced Quarry, who was one of the top rated fighters in the world at the time. Quarry was the only rated contender that was willing to fight Ali.

After two competitive rounds Ali opened a deep cut under Quarry's eye. The cut was bad enough to get the fight stopped.

With the third round stoppage Ali proved that he was back and he was just as good as when he left.

Up until this point in his career Ali had only lost twice: to Joe Frazier and Ken Norton. He had his jaw broken in the first Norton fight and lost a split decision over 12 rounds.

This win also set up a rematch against Frazier, the only other man to defeat him.

#4: Final Victory Of His Career Over Leon Spinks

Ali was towards the end of his career and had lost to the newcomer Spinks who was 7-0-1 in their first fight.

His skills were clearly diminishing and he wasn't the fighter who started his career.

Ali was out of shape and looked uninterested in their first fight. That all changed in their second fight when Ali showed up in shape and determined to win.

He gained the title for a then record third time with a 12 round decision. This would also be the last win for Ali in his career.

This is the least famous of the three fights between Ali and Frazier but it was the first time that Ali defeated Frazier.

With the win he avenged his first loss and up until this point in his career he had beaten every man that he stepped into the ring with.

#2: The Thrilla In Manila

You know a fight is an all-time-great when it simply goes by a nickname. The Thrilla in Manila was the third and final fight between Ali and Frazier.

It is one of the most famous heavyweight fights of all time and was the final climatic ending to the Frazier-Ali rivalry.

Ali jumped out to an early lead but Frazier swept the middle rounds when Ali laid on the ropes. Ali mounted a comeback and had both of Frazier's eyes closing.

Frazier's trainer, Eddie Futch, didn't allow Frazier to come out for the 15th round. He was fighting with two closed eyes and had a cut in his mouth.

#1: The Rumble In The Jungle

Yet another fight that simply goes by a nickname. Coming into the fight almost no one gave Ali a chance against the beast that was George Foreman.

Foreman was 40-0 and had knocked out both Joe Frazier and Ken Norton in two rounds. He had handed Frazier his first career loss.

Ali hatched his now famous game plan, "The Rope a Dope," and let Foreman wail away on him while he sat back on the ropes. No one, including his training team, knew he was going to do this.

Most thought Ali was just waiting to get knocked out but his plan worked to perfection. With Foreman punching himself out Ali jumped all over him in the eighth and scored the knockout.