The BCS National Championship Game will pit Auburn vs. Oregon on Monday night, finally ending more than a month of monotonous dissection, speculation and analysis.

But there’s still time—time to squeeze in a bit more deduction as to what the biggest game of the 2010 college football season means to both programs.

And it goes way beyond hoisting that little crystal football.

And we’re not talking in terms of the actual bowl payout, though that number is up from last season's game between Alabama and Texas.

For their participation in the BCS National Championship Game, Auburn and Oregon will receive roughly $21 million apiece, which sounds outlandishly profitable, but that sum must be distributed evenly across the SEC and Pac-10, respectively, including the office of each conference.

When all is said and done, the Tigers and Ducks will each pocket somewhere between $4-6 million, including any travel allowances, which total nearly $2.5 million. Not exactly the paycheck you would think.

The real kickback, as far as the actual schools and programs are concerned, comes in the form of increased merchandise sales and escalating enrollment numbers.

In this case, it’s all about the coaching staffs, each of which has already earned some extra dough just by getting to this point. Win and the payday increases. For example, Oregon head coach Chip Kelly, who has already added an extra year to his contract by getting to the title game, and his staff could collectively earn nearly $900,000 with a win over Auburn.

And that’s in addition to the average of $131,500 the staff has earned per member after hitting specified benchmarks. But don’t feel bad for Gene Chizik and his staff, who could up their collective guaranteed pay from $5 million to $7.5 million with a win Monday night. That includes an additional $550,000 for Chizik, who has already satisfied an incentive worth $800,000 just for reaching the title game.

Naturally, when your program does well, recruits tend to pay attention. And while the 2011 recruiting season is nearing its official end, the Ducks and Tigers could benefit greatly from Monday’s title game appearance next year and beyond.

Nobody recruits nationally like Oregon; the school must take its powerful brand on the road because the state is largely starved of top-tier prep talent. According to The Oregonian, of the 14 teams to play in the BCS title game since 1998, Oregon has the fewest in-state players with 26. In all, players from 20 states and British Columbia dot the Ducks’ roster, including several from Texas, Alabama and Florida.

A win over Auburn would only strengthen Oregon’s brand nationally and allow Chip Kelly to more easily raid territories that make up the recruiting footprints of other BCS conferences.

But the same goes for Auburn, which is only beginning to woo players away from SEC juggernauts Alabama, Florida and LSU in the talent-saturated Southeast. With that crystal football fitted snuggly under his arm, what kind of reaction will Chizik get out of recruits when he ventures out on the trail, especially when any given kid could be floating between the Tigers and the Tide?

For Auburn defensive tackle Nick Fairley, Oregon linebacker Casey Matthews and wide receiver Jeff Maehl—not to mention several other NFL hopefuls from each team—the BCS title game will be the final chance to influence pro scouts. Yes, the Senior Bowl is technically the final college game before the draft, and the combine is forthcoming, but Monday night will best simulation of the NFL environment in terms of intensity and competition.

And I’m leaving out Cam Newton, who figures to be a top-five pick if he chooses to leave Auburn early. And where he lands on draft boards could be decided by the grades he’s given against Oregon. Maybe a scout from Carolina or Washington has questions about his footwork in the pocket. An official from Arizona could have concerns about his ability to drop passes over a linebacker and in front of a safety.

Newton, like the rest of the potential draftees, could erase a few questions Monday night.

A Beginning of (And Return to) National Prominence

With my apologies to Oregon, you’re not Auburn. Your all-time record barely reaches .500. You have yet to win a national title and only recently have you begun to make a splash among the nation’s elite.

But what a splash it’s been. Between the years of 1972 and 1995, when Mike Bellotti took over for Rich Brooks, the Ducks won only 106 games, or fewer than five per season. Since its Rose Bowl season of ’94, Oregon won nine or more games in a season nine times, all the while becoming one of the Pac-10’s premiere programs and serving notice to the nation’s historically elite.

A BCS title would only enhance Oregon’s clout and validate the Ducks as a major player, if they weren’t considered one already.

Meanwhile, Monday night is a chance for Auburn to reassert its place among college football’s giants. The Tigers claim 66 All-Americans, three Heisman winners and 11 conference titles, but their one and only national title is 53 years old, so it’s about time for another.

You could certainly argue that with an average of more than nine wins over the past 11 seasons, Auburn never really left the national scene, but a second title wouldn’t hurt the Tigers’ place in the championship-laden SEC.

Depending upon which team comes up short of a BCS title Monday evening, Phil Knight or Bobby Lowder will sport one of the longest faces around.

Each a powerful tycoon within his respective field—Knight, of course, the founder of Nike, and Lowder the former chairman of Colonial BancGroup—the two have continuously showered the programs at Oregon and Auburn with funds, with a national title being the ultimate endgame.

Noticeably standoffish from his alma mater’s football program for years, Knight began investing in the Ducks after the team’s Rose Bowl season of 1994. Overall, it is estimated that Knight has dumped more than $300 million into Oregon athletics, including some $40 million currently being used to construct a six-story building devoted to football operations.

When asked about Knight’s influence on Oregon football, former head coach Mike Bellotti said, “How important is the sun to life on Earth?”

But Knight’s fervor is matched by that of Lowder, a current member of Auburn’s board of trustees and celebrity-like booster who has committed millions to the school’s athletic programs, particularly football.

So powerful is Lowder’s influence at Auburn that in the past, alumni have lobbied to the legislature in Alabama to alter the process by which trustees are appointed. They had no such luck.

And though Lowder’s presence has diminished recently, due in part to Auburn nearly losing its accreditation after he flew with school officials on a private jet in an attempt to lure Bobby Petrino from Louisville to replace Tommy Tuberville in 2003, his donations and contributions to the football program are still as strong as ever. 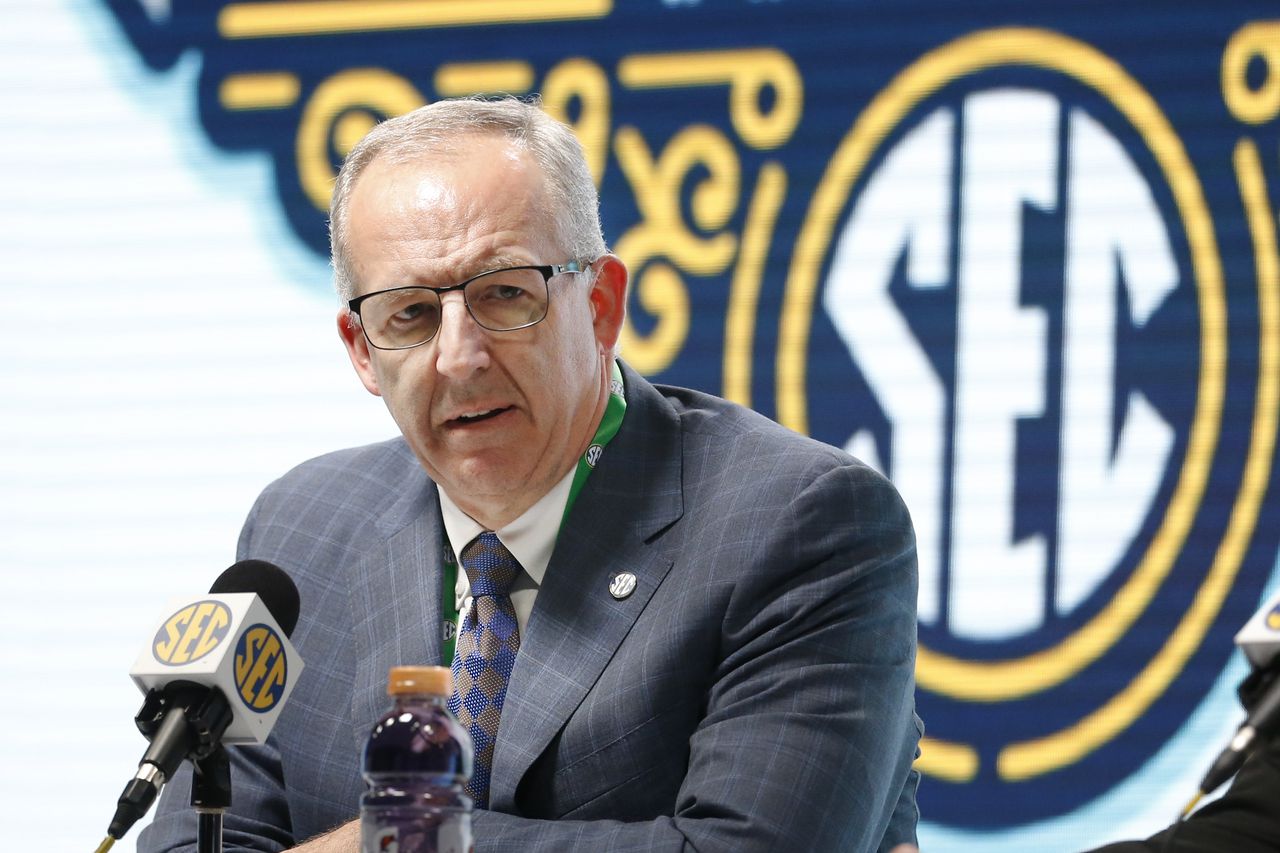 Central-Phenix City linebacker looking to show what he can do

Central-Phenix City linebacker looking to show what he can do