NASCAR Power Rankings: The 10 Tracks You Have to Visit Before You Die 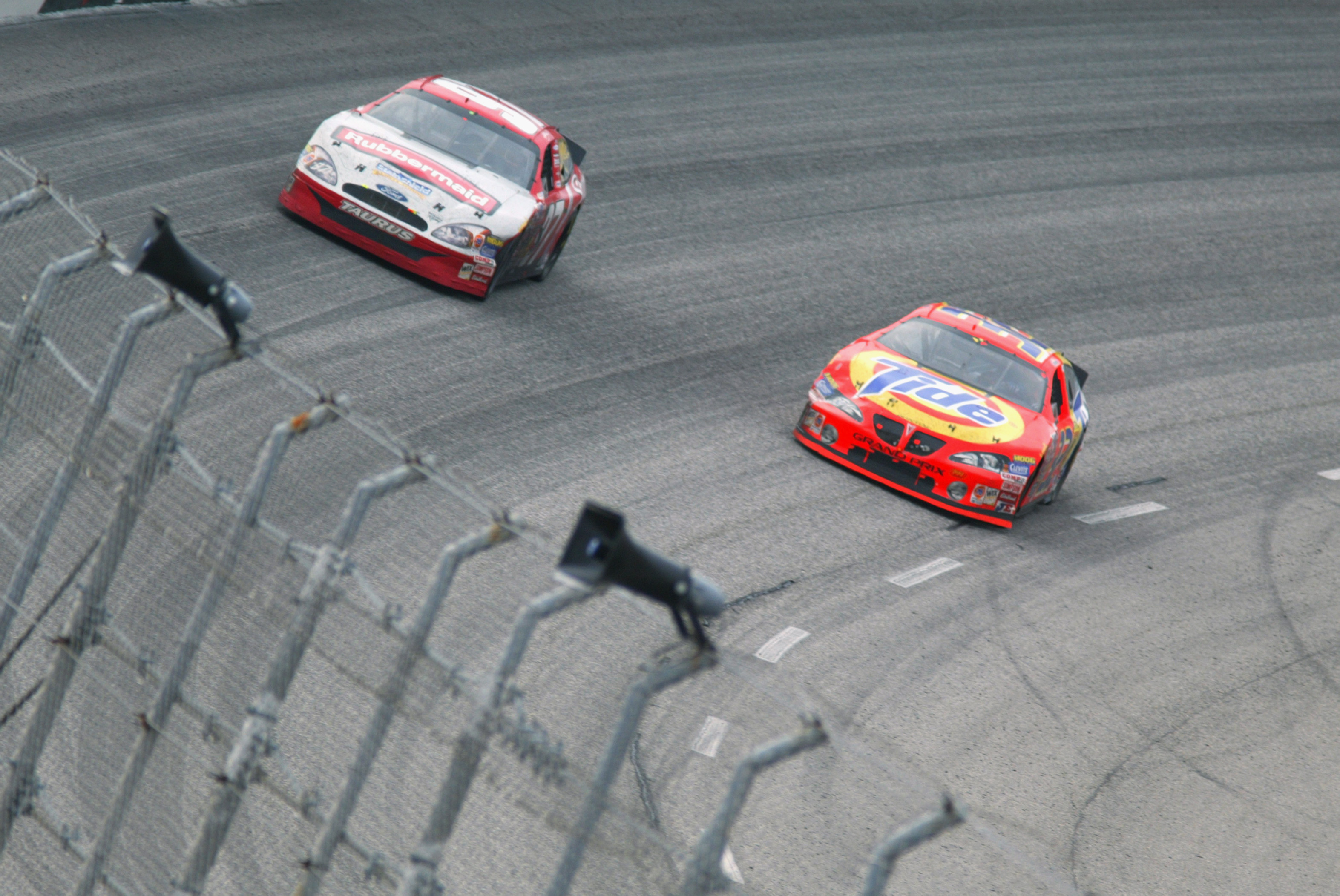 The 2003 Darlington finish was a classic finish at a classic track.Jamie Squire/Getty Images

NASCAR features some of the most diverse speedways in the country.  Whether it is Martinsville Speedway's tight turns with concrete curbs or it is Talladega Superspeedway with 43 cars racing inches apart. NASCAR speedways are all unique. 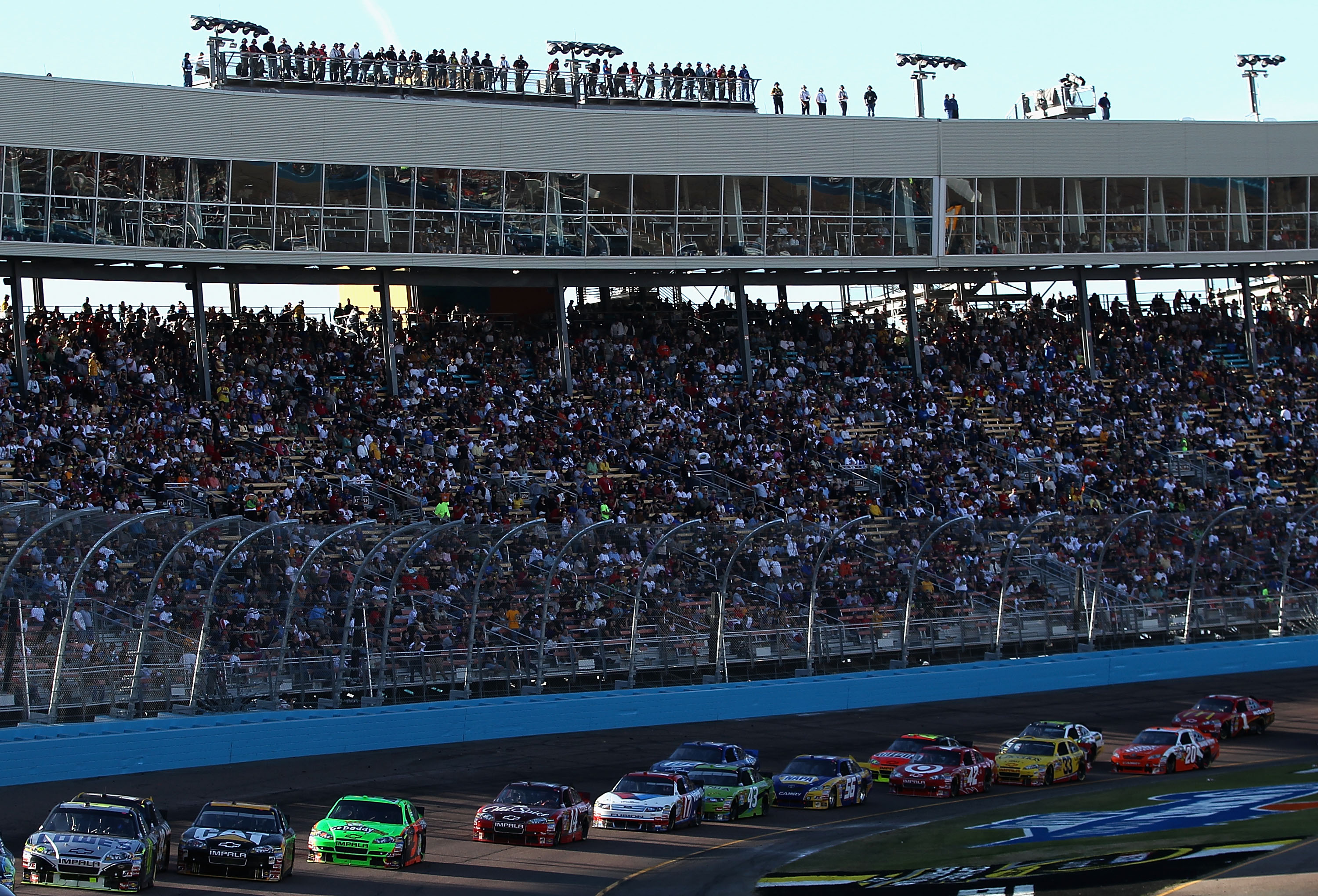 Phoenix International Raceway is one of the most unique tracks on the NASCAR Sprint Cup circuit.Christian Petersen/Getty Images

Phoenix International Raceway is an adventure to find for out-of-towners.  Hidden in the hills, miles away from civilization, the track is old-school racing in it's purest form.  The best seats in the house are the Jimmy Bryan Grandstand which are actually in Turn One.

Everything about the track is a bit backward, but once the race begins it reminds the spectator of NASCAR's past.  PIR is a track that can only be valued by the old guard of NASCAR fans.  Only true fans can appreciate the history the track represents. 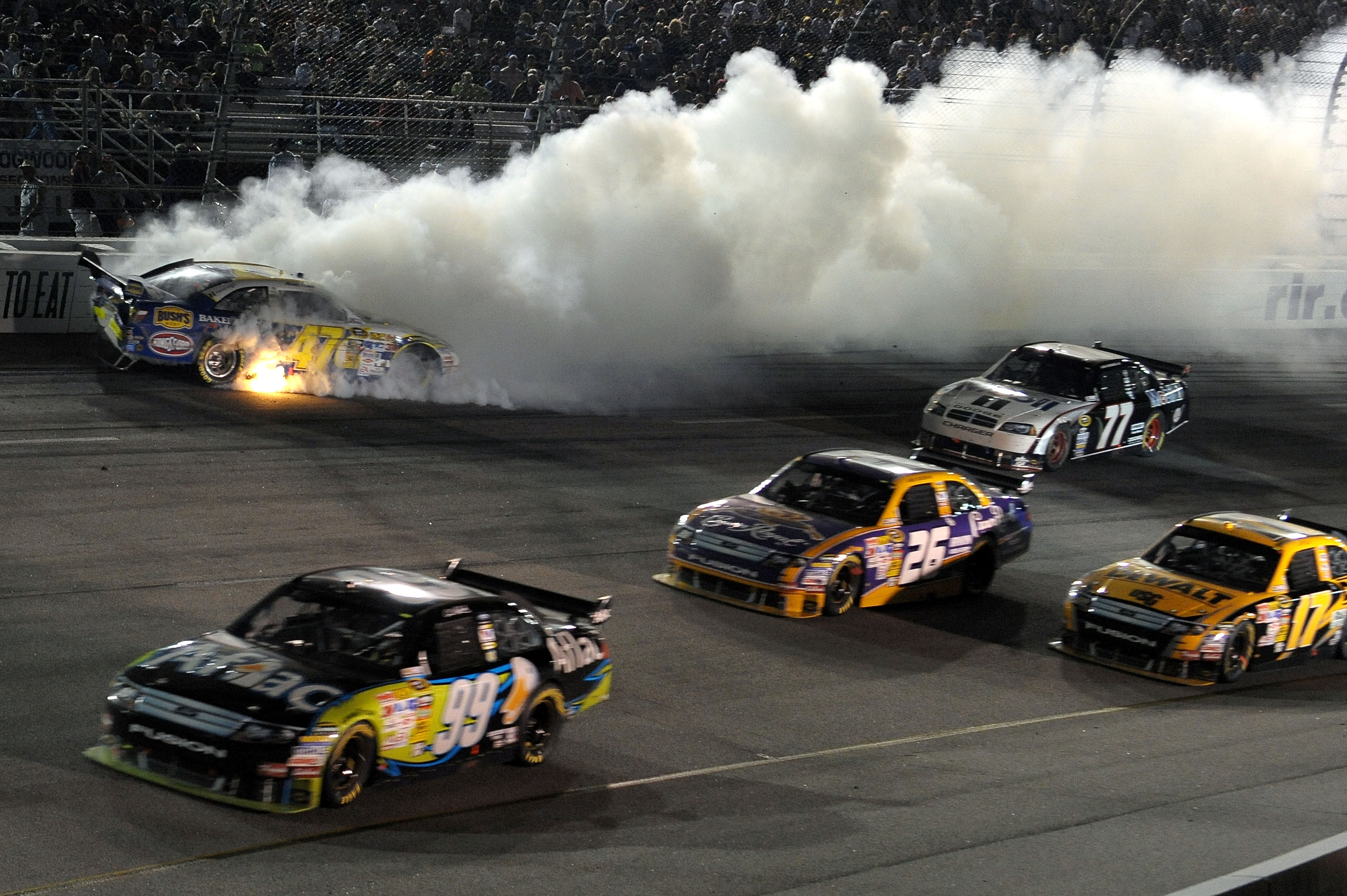 Richmond International Raceway can be exciting with the multiple race grooves and the short track style racing.Drew Hallowell/Getty Images

A three-quarter mile track that races like a short track is the best way to describe Richmond International Raceway.  From the drop of the green flag the action on the banked track never stops.  The final race before the NASCAR Chase ends is always the best race to attend at this exciting track. 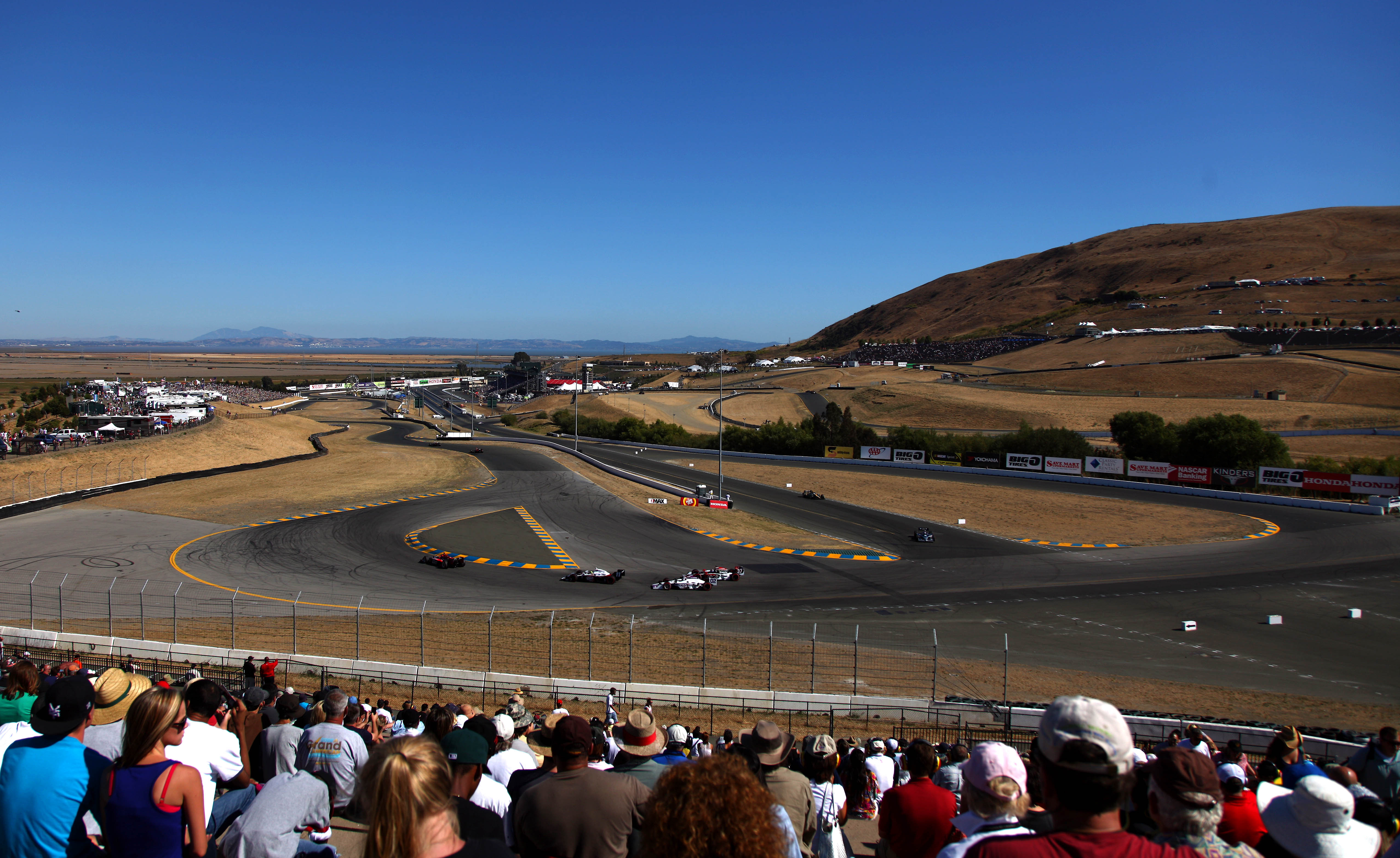 Infineon Raceway is much more fan friendly since Bruton Smith eliminated the hills that blocked most of the track for patrons.Donald Miralle/Getty Images

How can a road racing track make the top 10?  Infineon Raceway is the best road racing track for the spectator.  Bruton Smith and SMI made Infineon spectator friendly by eliminated a few hills and allowing fans to get their money's worth.  Turn seven is a great vantage point to watch the race and most of the action occurs in this section of the track. 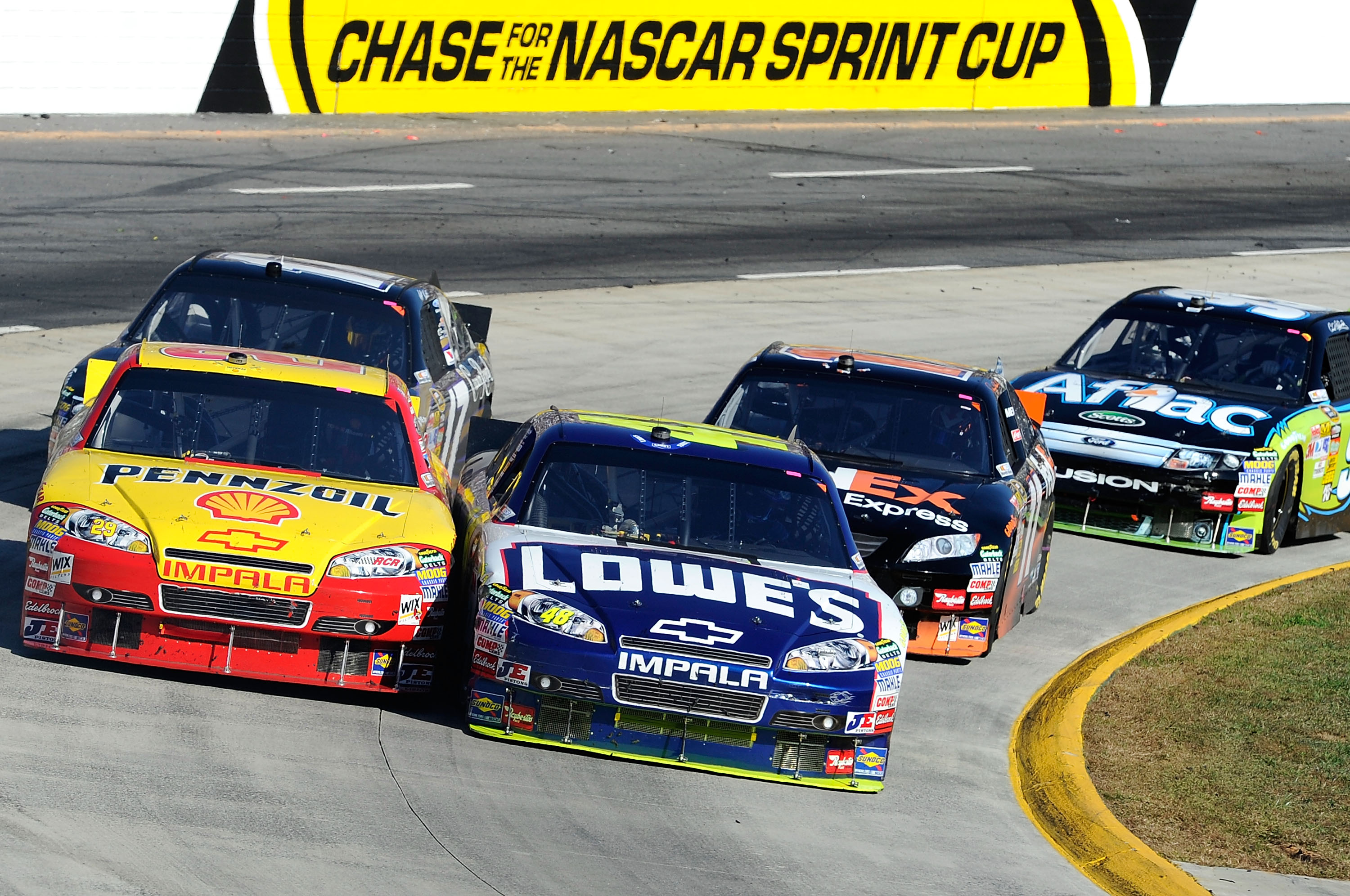 Martinsville Speedway is all about history for NASCAR fans.  For anyone that values the history of the sport a trip to Martinsville is a must for list of top 10 NASCAR tracks.  The racing is tight and there is a lot of bumping and banging, but the real lure of this track is tradition and feel of old-school NASCAR. 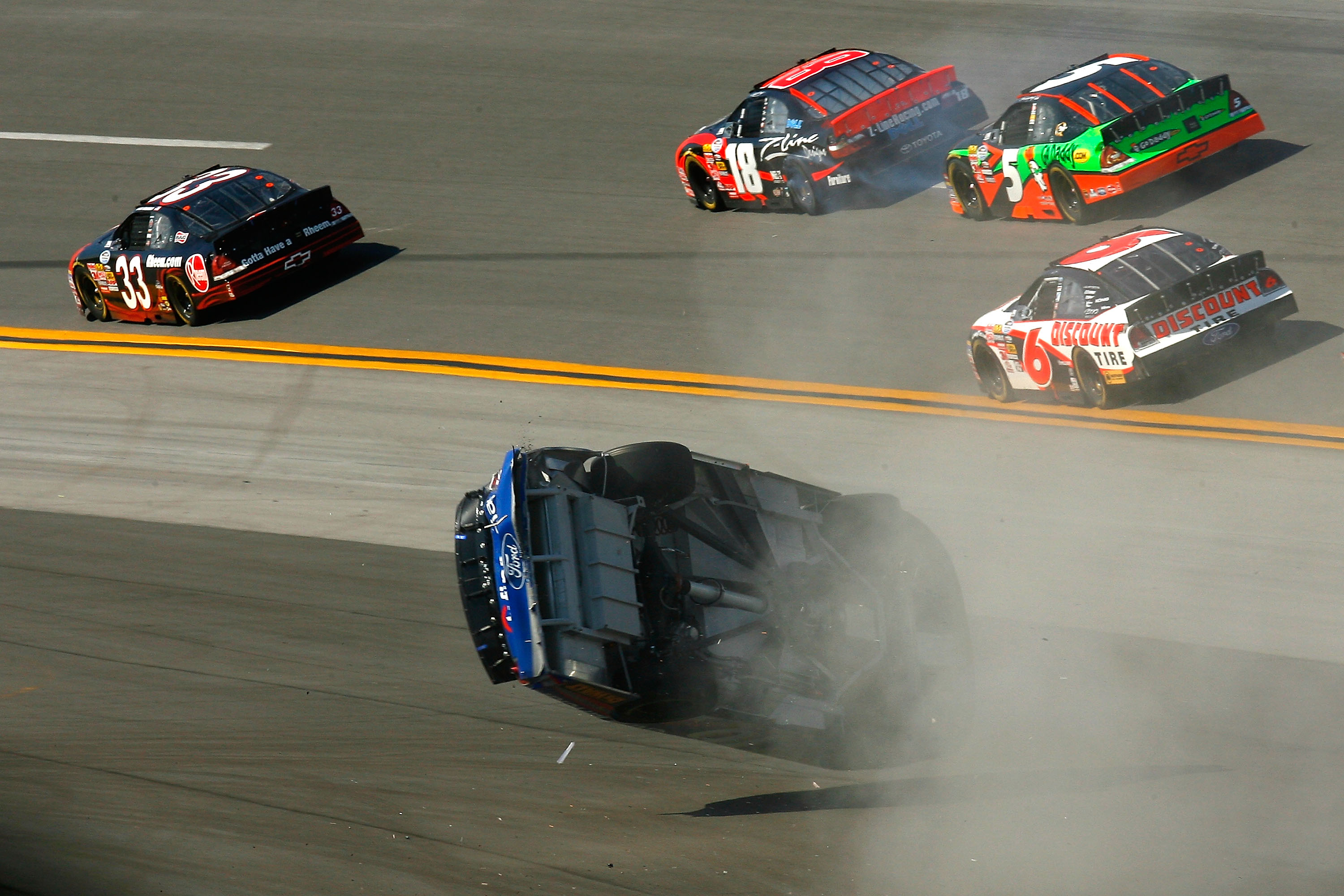 Talladega Superspeedway is usually good for one rollover crash per race.Jason Smith/Getty Images

Bill France created a monster when he built Talladega Superspeedway.  When France built the huge superspeedway he was looking for a track that was faster than his first creation: Daytona International Speedway.

He succeeded and then some.  Talladega Superspeedway was so fast and so dangerous the NASCAR drivers at the time boycotted the first race.  The race went on as scheduled and was won by Jack Brickhouse.

Talladega is famous for the "Big One" and the track rarely fails to have a highlight worthy 10-car-plus pile up.  With the addition of restrictor plates to the superspeedways the NASCAR Sprint Cup events are usually 500 miles of 43 cars driving inches apart nose to tail until the inevitable "Big One." 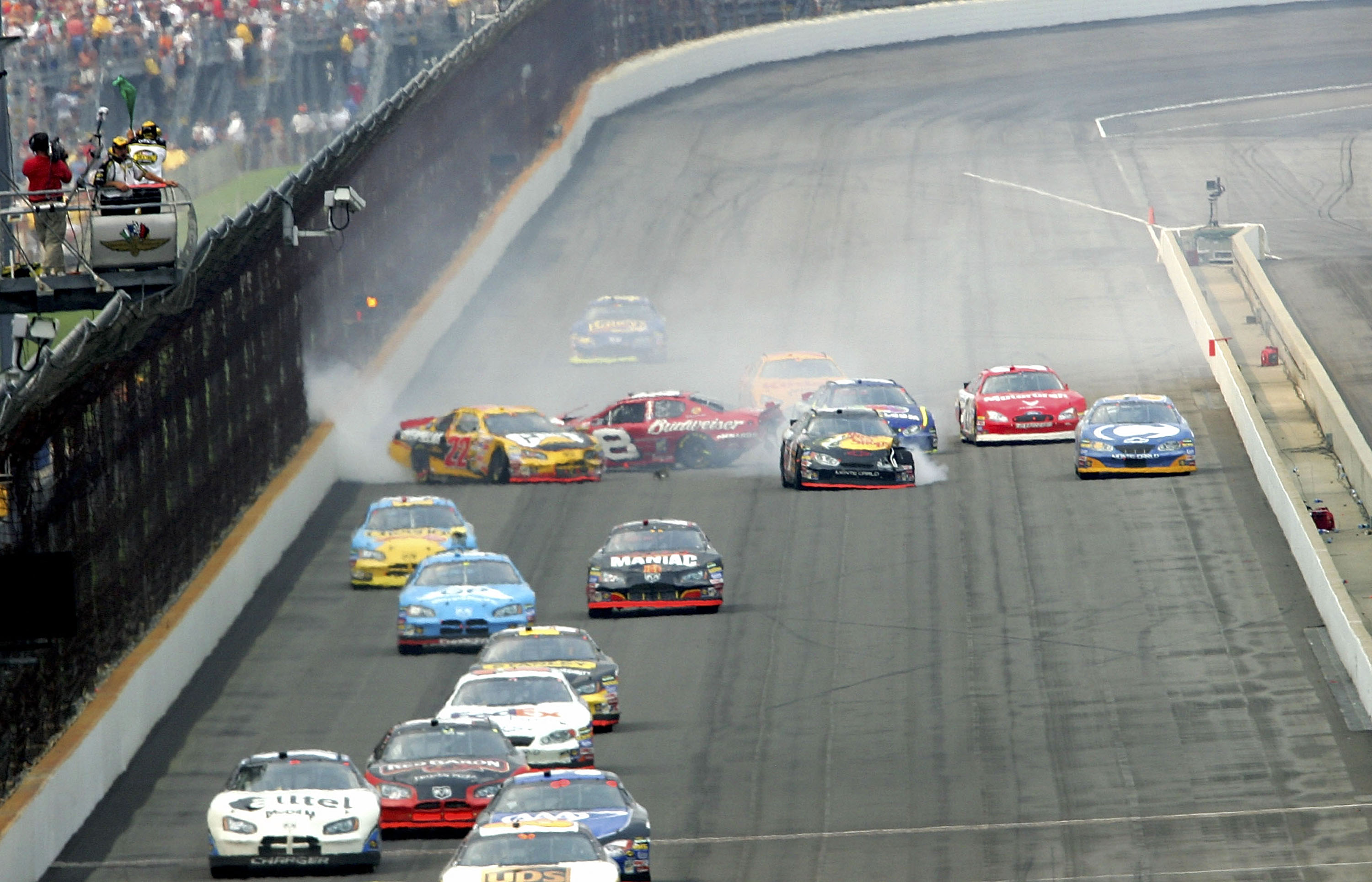 The closed in front straightaway of Indianapolis Motor Speedway can lead to disaster.Streeter Lecka/Getty Images

When 43 NASCAR Sprint Cup cars come roaring through the front straightaway it is a physical feeling that cannot be described. 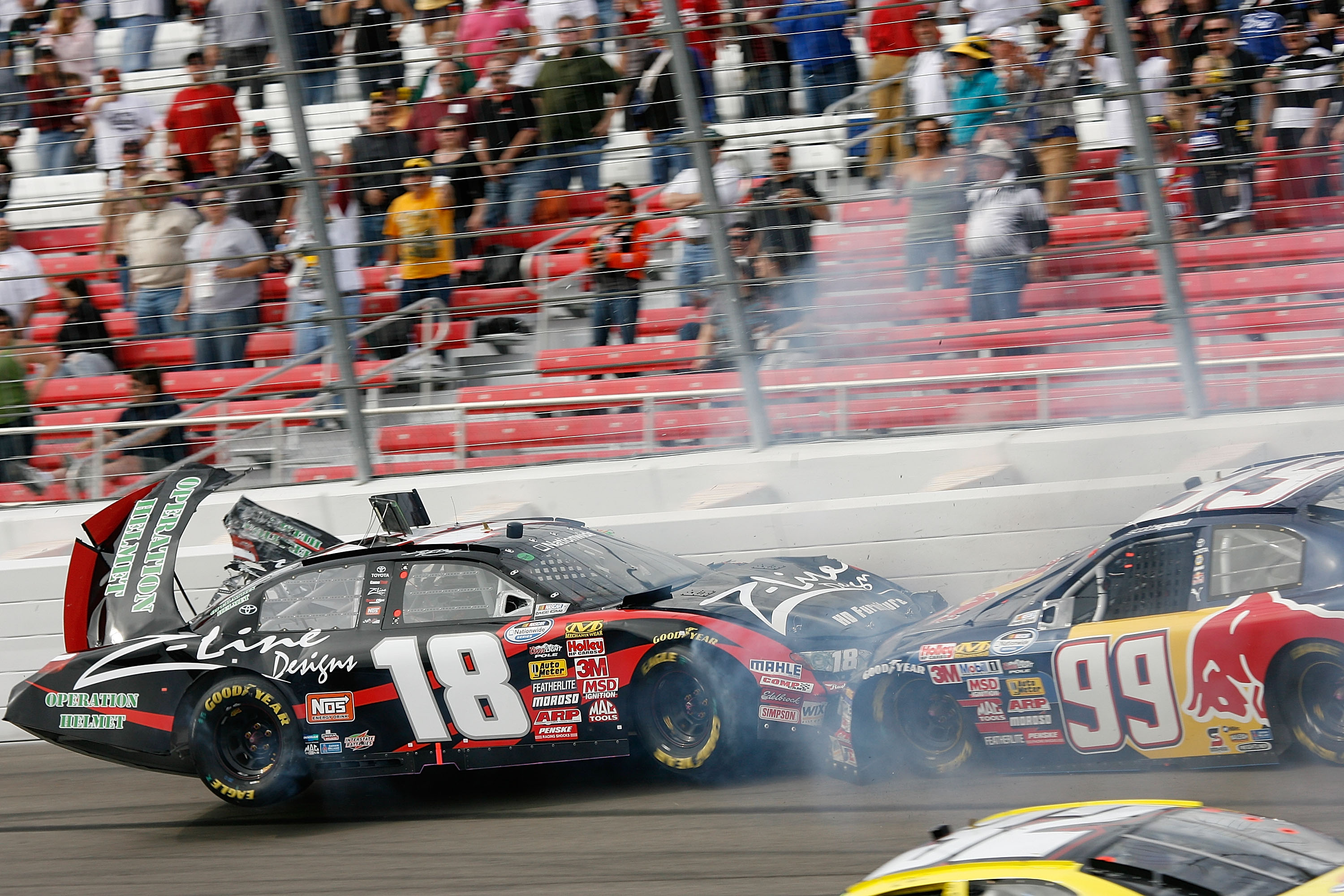 Las Vegas Motor Speedway is one of the wildest tracks on the NASCAR circuit since it was repaved.John Harrelson/Getty Images

The drivers love this stop on the circuit and it is one of events on the NASCAR schedule that many fans will make the trip from out of town.

The track has now been banked for speed and to increase the difficulty for the drivers.  The Las Vegas race is one of the leading races in attendance and excitement every year.  There isn't a bad seat in the house but the best seats are in the Richard Petty and Dale Earnhardt Terrace seats. 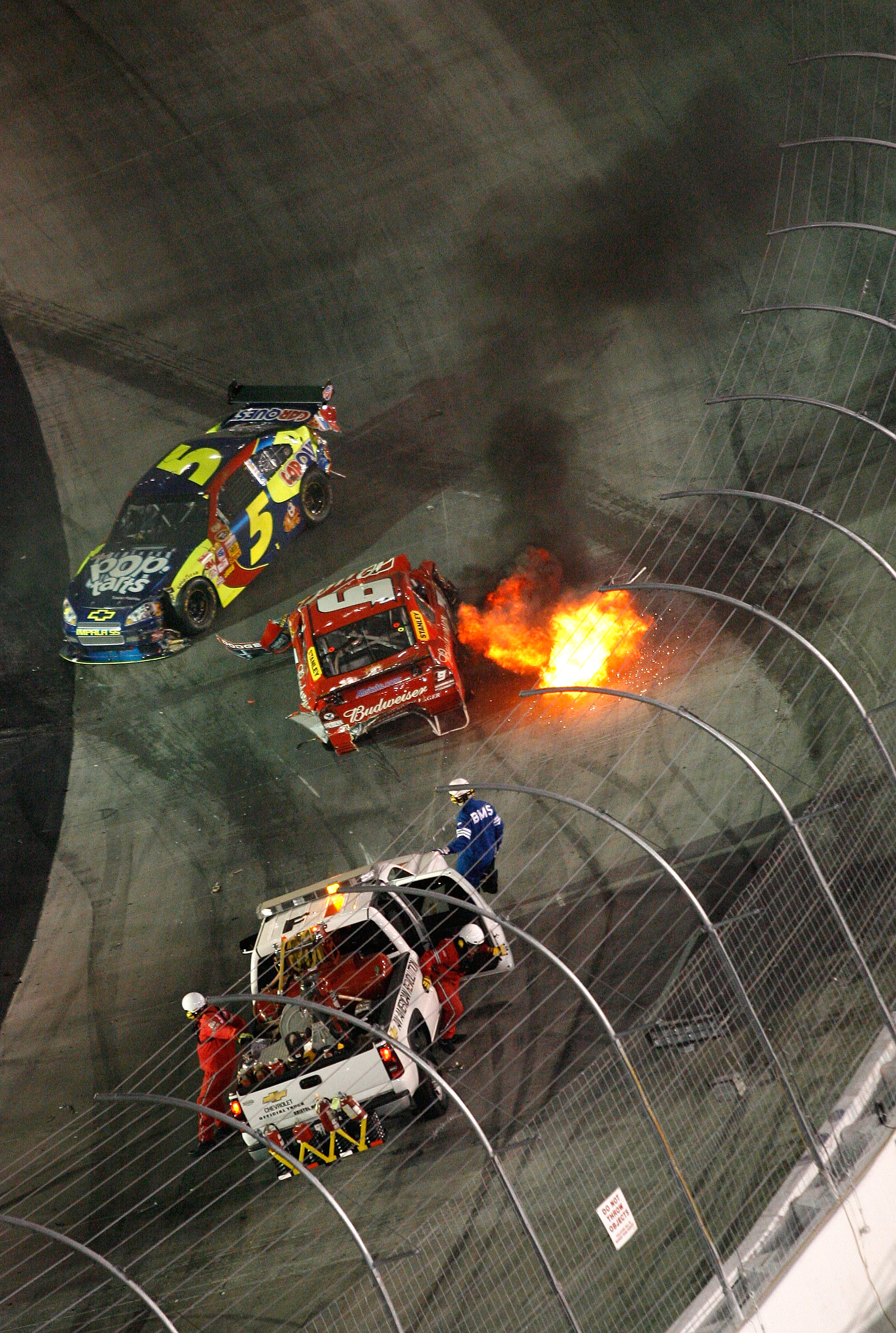 Bristol Motor Speedway is one of the toughest tracks on equipment in NASCAR.Geoff Burke/Getty Images

The hottest ticket in NASCAR is the Bristol Motor Speedway August night race.  The summer season is winding down, tempers are still flaring and the drivers have revenge on the agenda when they arrive at this little half-mile bullring.

Bring the ear plugs and do not expect to speak to your friends for four hours once this race starts because the noise is deafening,  the Bristol Motor Speedway has been compared to the Roman coliseum's of ancient times, and with good reason.  This race tears up more sheet metal than any other on the NASCAR circuit.

Since the new concrete has been installed the track has developed a second groove and the racing is better.  The wrecks are not as frequent with the new two groove track but be patient it will cure and get back to the old school Bristol soon enough. 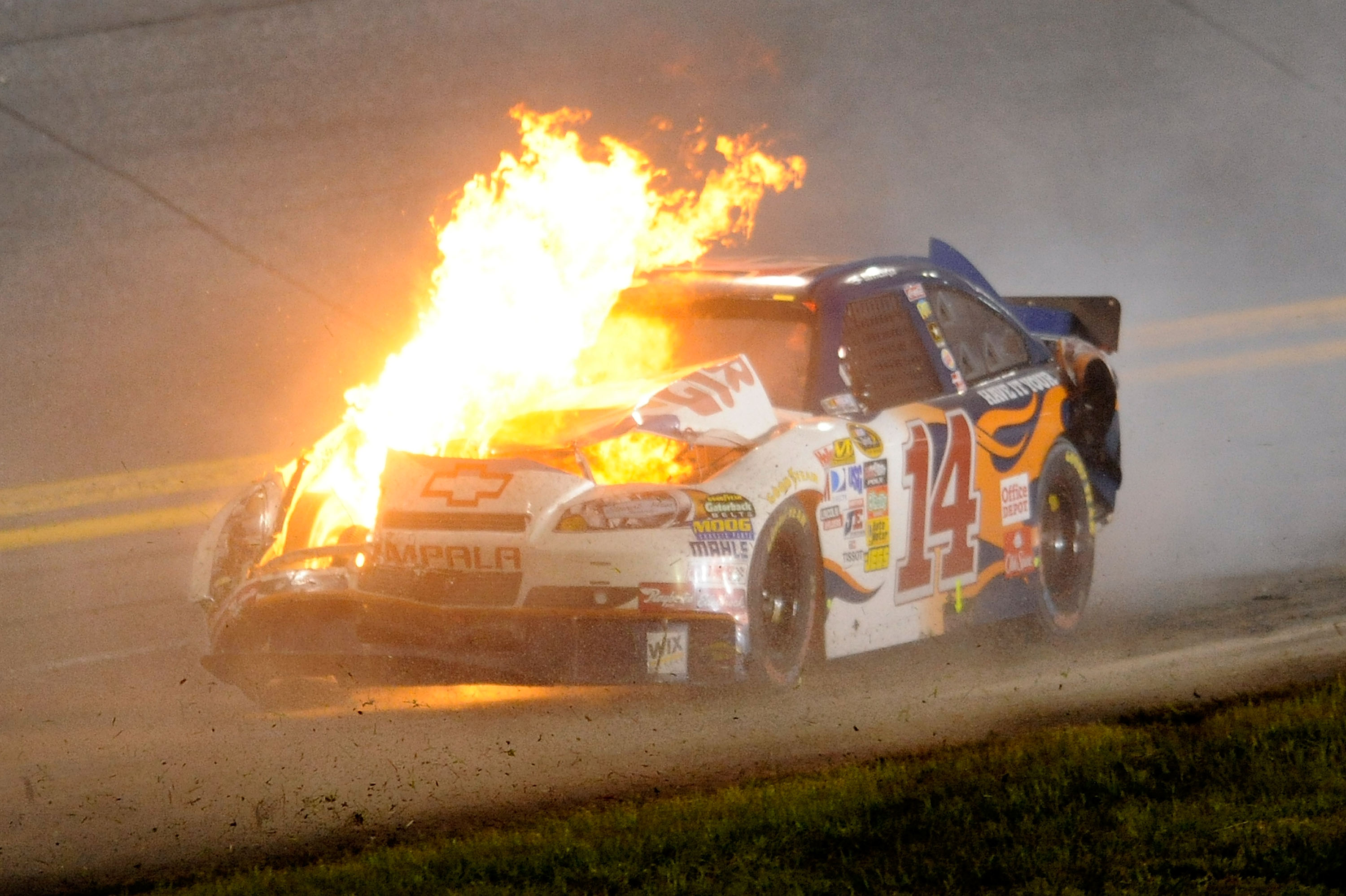 Daytona International Speedway is the track that started it all.  Whenever NASCAR has gone to the next level it has started at Daytona.  The Super Bowl of Motorsports is the Daytona 500.  It begins the season for the NASCAR Sprint Cup and is the most prestigious race on the schedule.

The 2011 Daytona 500 will once again bring the sport to the next level.  The track has been repaved and the drivers are excited with the prospect and freshly paved Daytona International Speedway.  Will the race be more exciting?  We will find out soon enough when the drivers line up for the Budweiser Shootout in a few short weeks. 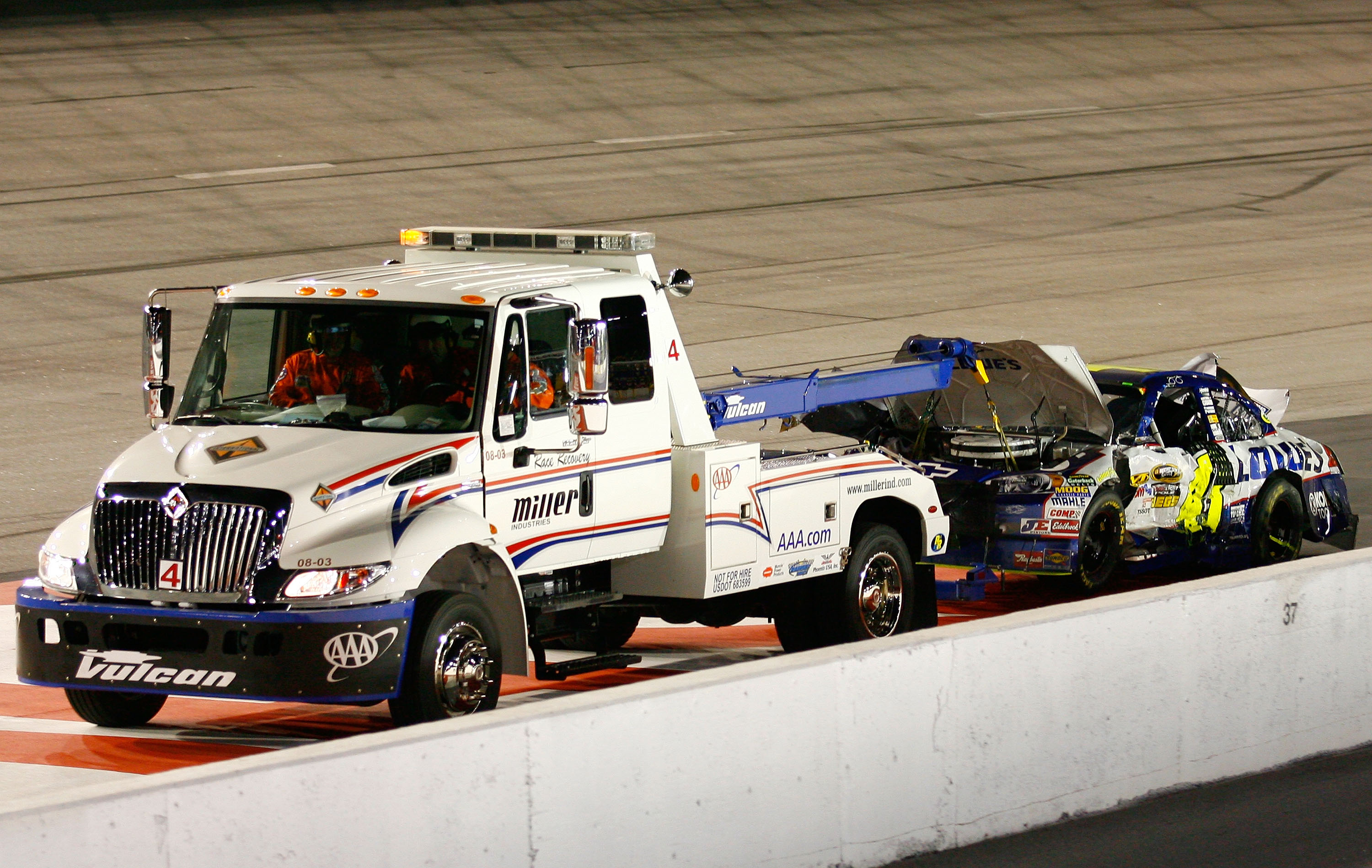 Even five time NASCAR Sprint Cup Champ Jimmie Johnson has been a victim of the "Lady in Black."Geoff Burke/Getty Images

Darlington Raceway is the first track on the list because it is a track where history is made.  It is the most unique track on the NASCAR circuit and it cannot be described by simply classifying it with other tracks. "The Lady in Black" is in a class all it's own.

Darlington is NASCAR plain and simple.  The design of track makes it a challenge for the drivers, but ask any NASCAR driver and they will say to a man that it is their favorite track to drive. Drive is the opportune word.  Darlington is a track that requires skill and patience.

Drivers that learn the intricacies of Darlington are the most successful.  David Pearson won seven Southern 500 races on this track and 10 races overall, the most of any driver.  Pearson is the perfect example of a driver that gets the most of his equipment and was arguably the best NASCAR driver ever to get behind the wheel.

One of the top five NASCAR finishes of all time occurred at this track in 2003.  Ricky Craven and Kurt Busch battled for three laps to the finish in a back and forth battle that ending with both of them careening towards the finish line as they bounced off each other with Ricky Craven winning by inches.