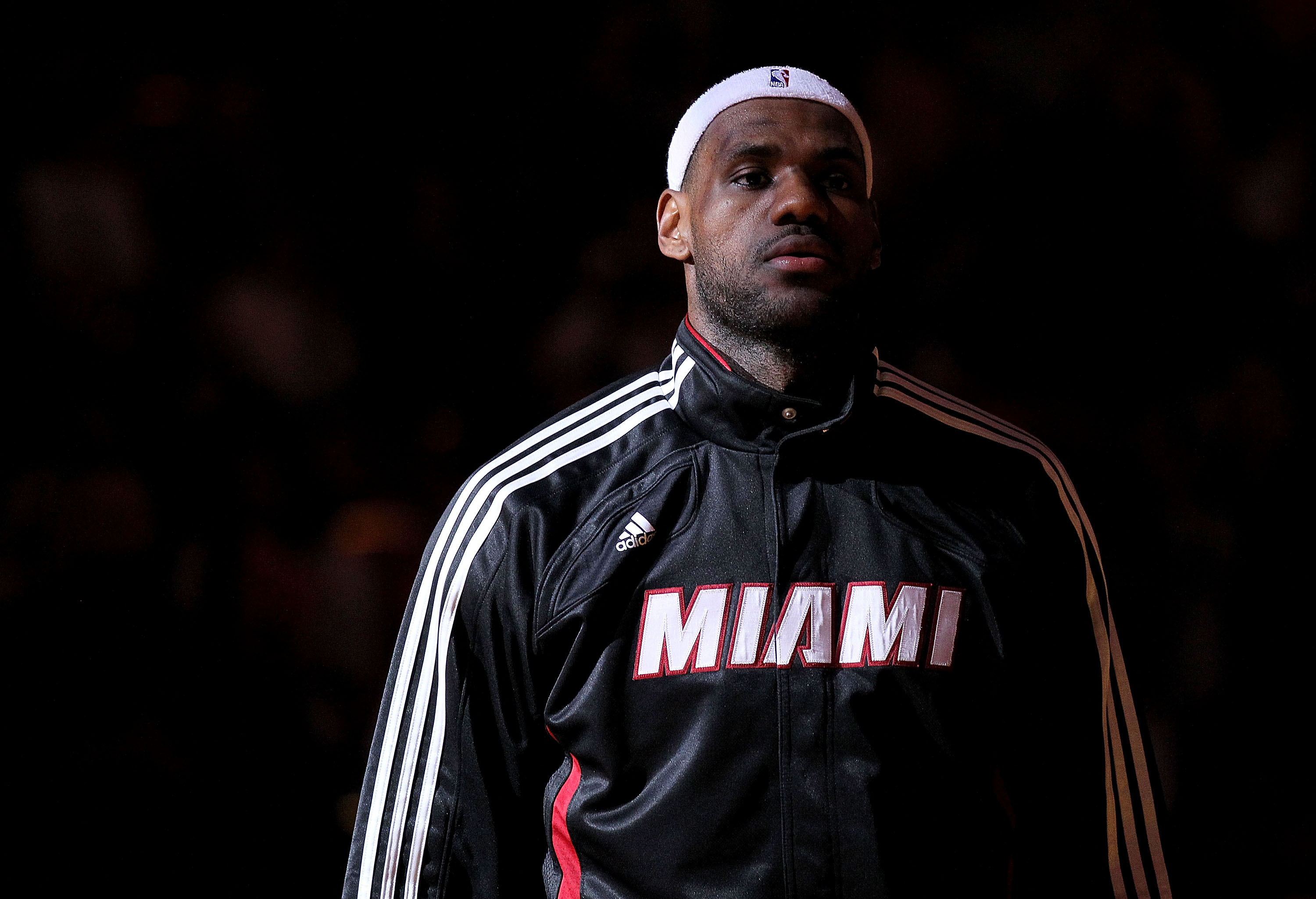 LeBron James, of the Miami Heat (like there is another "LeBron") has recently been spotted wearing a new logo. It makes sense that Nike would want to get away from what will forever be known as the "Cleveland LeBron" logo and move onto the new "South Beach" logo.

New team plus new symbol equals fresh start. I get it.

Tom Brady of the New England Patriots has been conducting interviews wearing a baseball cap with his new 12/TB logo.

More and more athletes are coming up with their own personal logo, trying to establish their personal brands. Following a blue print of sorts. This recent development got me thinking, like any sports fan, who's is the best?

This is a question that must be answered. So I answered it.

Here it is, a ranking of the top 25 player logos in sports.

The Justin Bieber hair thing was the last straw, and it pains me that he is from the bay area.

On to the logo.

I see the 12 and the TB, which is clever, but it's too busy. Similar to Tom Brady, I respect the effort, but I'm just not a fan.

Way too "whispy" for me. It looks like something that should be on the side of a Geriatric cruise ship.

On T.O.'s episode of MTV Cribs, he  had this emblem installed in chrome on his VW bug convertible. That definatley doesn't help the "manly" factor.

But the man, does have his own logo, and I do not.

Simple, to the point and not much creativity.

I mean, it's cool, but nothing special, kind of like Bosh in Miami.

Vince was, at one point, supposed to be the next Jordan. All the similarities were there, Vince played at UNC, was 6'6", could dunk, and was also bald!

While Vince did become a regular at All Star games, that is about where the comparison ended.

The logo does not have the same appeal or notoriety as another former Tar Heel, but is a solid one to rock.

I'm Canadian so I'm sure I will receive a very polite death threat for ranking the great one this low, but it has to be done.

It contains his iconic 99 and should be seen as a symbol of Canadian pride. It is quiet humble for such a great athlete, very Canadian. 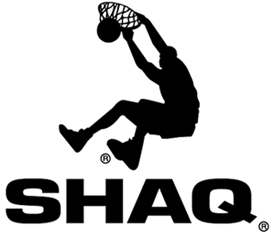 The silhouette of the big man throwing one down, classic Shaq. 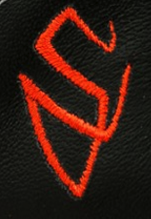 He has a logo people! Usually it is just stitched into his shoes.

It's very subtle and if you can figure it out, more props to you.

Dale Jr. is one of the fastest men around a NASCAR track, and his logo reflects that.

Plus, it has flames. All things fast should have flames on it. 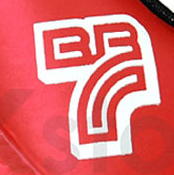 I get it. He plays in the northwest and it has a Native American art influence. I dig it.

This one is great!

Not only funny, but it is as impressive as Blake's game. 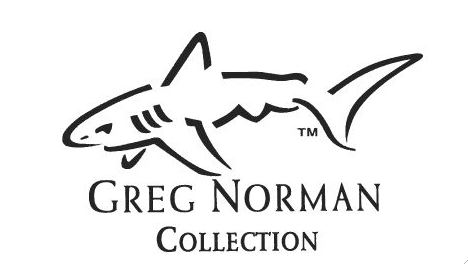 Excellent execution of integrating a logo and a nickname, perhaps a little too literal, but it works here. 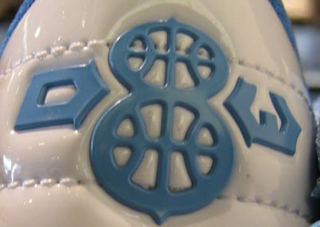 Clever. It looks long and aggressive, like T Mac's game.

Well, at least before the injuries took the remainder of his career. Never the less, sweet logo.

The "I3" logo is something we won't ever forget.

Iverson was a special player, and this emblem was special because it represented this once in a generation player.

Oh man, back in the day Penny had the kicks, the game, the running mate in Shaq, and of course the logo.

The "P" with the one cent logo was genius. 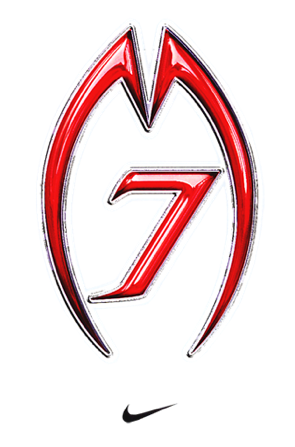 Not only is Mike Vick playing like an MVP this year, but he has a great logo to go with it.

This logo is pretty impressive, the only reason you haven't seen it around is because Nike doesn't really want to advertise athletes that were in jail.

However, with Vick making a big come back, prepare to see this logo more often. 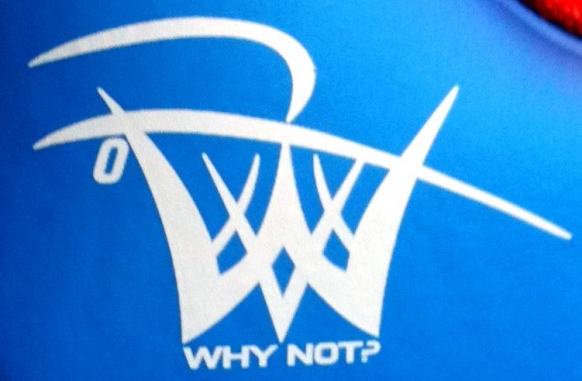 Durant's main man has his own logo. I bet you didn't even know that?

Kind of wild, and it has the phrase, "Why not?" at the bottom. Not really sure what that phrase is referring to, but it could be, "Why not have my own logo?"

Westbrook's game definitely is deserving of it's own logo, at least.

Before Wade was with team Jordan, he was with Converse. While together they didn't produce any great shoes, they did produce a great logo.

A play on the Converse star, using Wade's muscular figure to fill in as the star, worked very well.

A team Jordan brand logo. Works in his initials as well as his number, and it looks good.

Another win for the Jordan brand.

Not only does this logo look good, it is sick for golf. It adds a certain style to golf attire that was a bit dated until Tiger game along.

The "KD" is kind of cartoony, but hey, so are the Thunder's uniforms. It does have a smoothness to it as well, similarly to Durant's game.

You aren't going to hear me argue with the simple fact of NBA's youngest scoring champion needs a logo.

His nickname is spelled out and it's a good looking logo. Melo is a stylish dude, and his logo reflects that.

Makes sense since he will soon be in a fashion forward city, like New York. 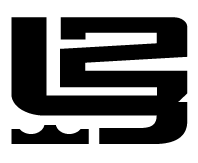 Kind of clever. Mixing the L, J, 23 and a crown in a little compact square.

Could have been great.

What should you do? Not include your number in a logo if you are planning on changing it? 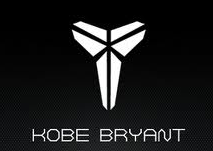 Simple, and has a futuristic military rank feel to it. Some badge a sniper would wear in a sci-fi thriller.

Kobe is the biggest assassin in the NBA currently. It works. 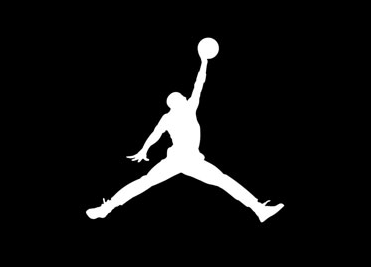 The equivalent of the bat signal for sports. It was the first major player specific logo. The jumpman first appeared in 1988 on the Air Jordan III.

Nike had used wings on the tongue of the Air Jordan I and II, but the AJ III was the first time we saw what would become as iconic as the GOAT.