Barcelona vs. Real Madrid: Players and Tactics To Watch in El Clásico 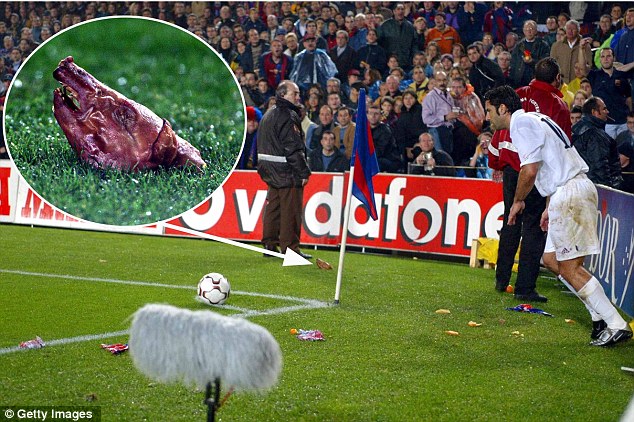 The capital of Cataluña will shake on Monday night as the two best football teams in the world--and yes, Real Madrid and Barcelona are the best in the world right now--take the pitch in the Camp Nou. There has been a lot of hype surrounding this game: Sid Lowe of the Guardian and SI.com has called this year’s match the Super Clásico. Spanish newspapers have touted this particular chapter in the Real Madrid-Barcelona rivalry as “the best Clásico of all time” (“el major de los clásicos” according to Marca.com). This might sound absurd, right?

Somehow this rivalry has gotten even bigger--and it’s already the biggest club football match in the world. I mean, think about it like this: if you were going to create two separate, yet seemingly perfect squads in FIFA 11, they would both look something like Real Madrid and Barcelona. Throw in that Spain just won the World Cup, that these teams already detest each other, and that the two top scorers in the major European leagues are on each side of the pitch--well, how can a match can get any more intense?

Well, there’s this guy called José… and all the Barça fans (and most of the world) hate his guts. He has been throwing jabs at the blaugranas throughout the season already, and has caused various semi-scandalous uproars that have rocked the Liga BBVA. He accused a coach of “giving” Barcelona points (the Preciado affair); and recently, he had two of his players expel themselves from the same game by wasting time.

Some “experts” are absolutely aghast at Mourinho’s “disrespectful” tactics; they think he has besmirched the soul of the game. Others, and if you’ve read anything I’ve written before you’ll know that I’m a big Mourinho fan, feel that these “disrespectful” or “disreputable” moments of “cheating” are actually brilliant tactical maneuvers designed to get the most out of his players.

This type of debate only serves to fan the flames of the already massive bonfire that is El Clásico, and I’m sure they will only intensify in the coming days.

All of this being said, I’m going to break down this Clásico bit by bit: from the key individual match-ups to the broad tactical patterns, this article will be an extremely in-depth pre-Clásico guide. Get excited.

*A word of caution before some of the individual break-downs: both teams play a very fluid attacking game, which means that players move from position to position throughout their attacking sets. This means that particular individual match-ups are hard to identify perfectly: for example, one match-up could be Cristiano Ronaldo vs. Eric Abidal, but becaue CR7 will switch between right wing, center mid, left wing, and striker, it will be hard to analyze. So, I’m going to stick to a few match-ups that will be more noticeable, and use the tactics section to address dynamic players like Messi or CR7.*

For more clásico coverage, check out Gabe's blog, and follow him as he chronicles Real Madrid's 2010-2011 season on B/R. A por ellos! 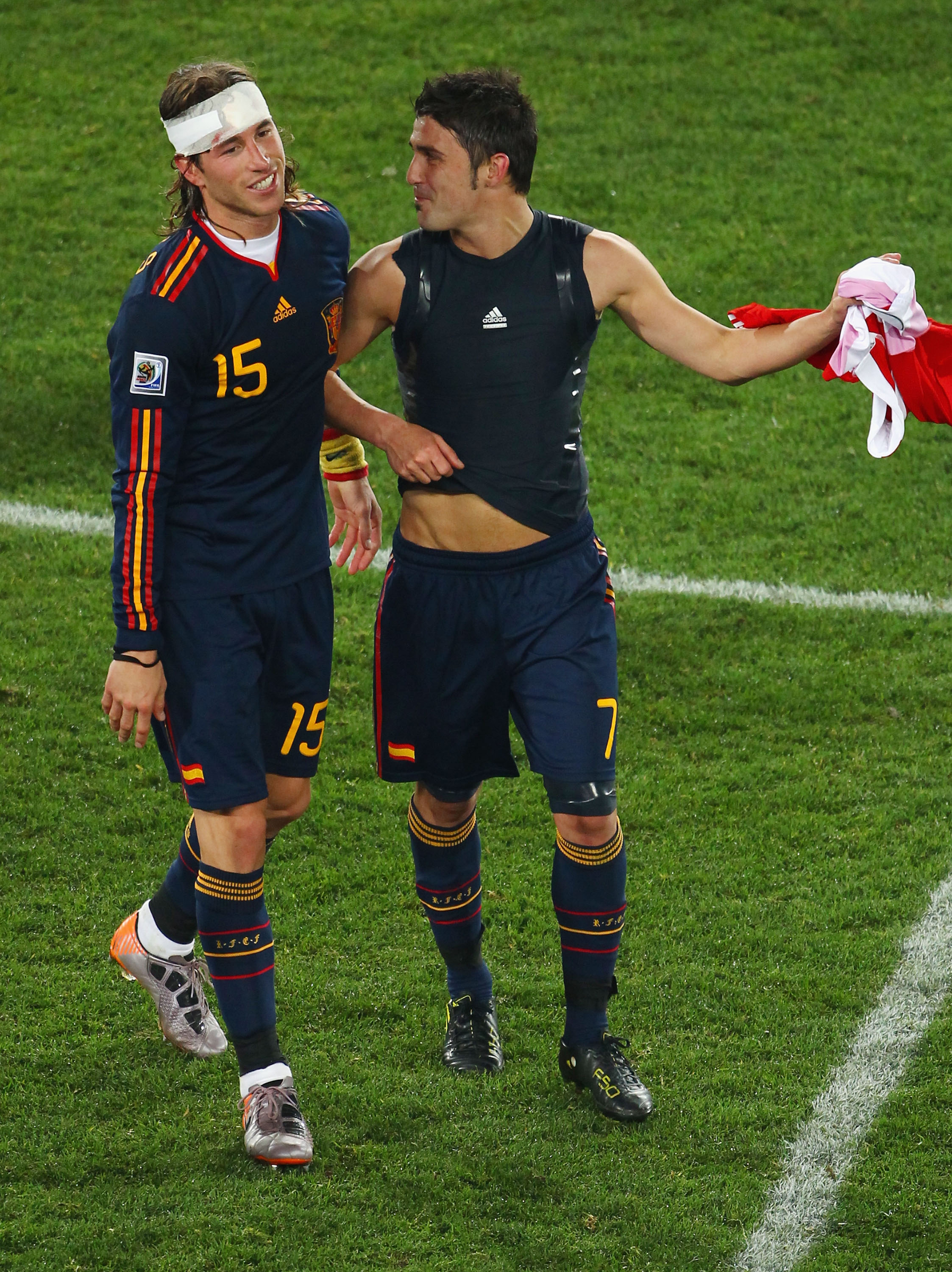 Barcelona plays a very fluid, possession-based game, which suits the quick, small Spanish forward well. Though Villa hasn’t had the fabulous start to his Barça career that many analysts predicted after the World Cup, he is still a potent attacking threat. As evidenced by his time with Spain, he works extremely well in the Barcelona style--that is, possession heavy, with multiple points of attack. He is also very familiar with Andrés Iniesta and Xavi Hernández, the two lynch-pins of Barça’s attacking midfield: he plays to the left of the attacking trident in Barcelona’s 4-3-3, and plays most of the match cutting in from the left.

Because of this position, he will run right into Madrid’s Spanish international fullback Sergio Ramos--though it is possible that Ramos will be switched to the other side of the defense to mark Leo Messi (Schuster used this move to great effect, as did Fabio Capello). Either way, the lanky fullback is an extremely adept defender when he chooses to play back, and his success will be a very important factor in determining Madrid’s game-plan on the whole. Ramos is a bit of an enigma: he is an extremely good defender, but has the tendency to get caught in attack because he charges forward with abandon.

There are a lot of unknowns in this match-up: for instance, if Mourinho gives Ramos free reign offensively, Villa might have more opportunities to slip in behind Madrid’s defense. If Mourinho decides to keep Ramos’ focused on defending the through-ball and plugging up the passing lanes, then Villa could be in for a long night. Villa thrives on the sharp diagonal passes between defenders; these balls will be there in abundance if Ramos is caught out on a counter-attack, but will be much harder to come by if Ramos applies himself defensively.

The key to this match-up is balance: how much will Sergio balance his attacking chops with his defensive responsibilities? He has been a nightmare for Barça in the past on balls in the air, but without his defensive chops Madrid might get caught on a quick break. Look to see how Ramos is playing early to get a good sign of what Mourinho’s intentions are--if he’s continually pushing up, then Mou is probably going all-out for the win; if he’s back, then Madrid is looking cautious. 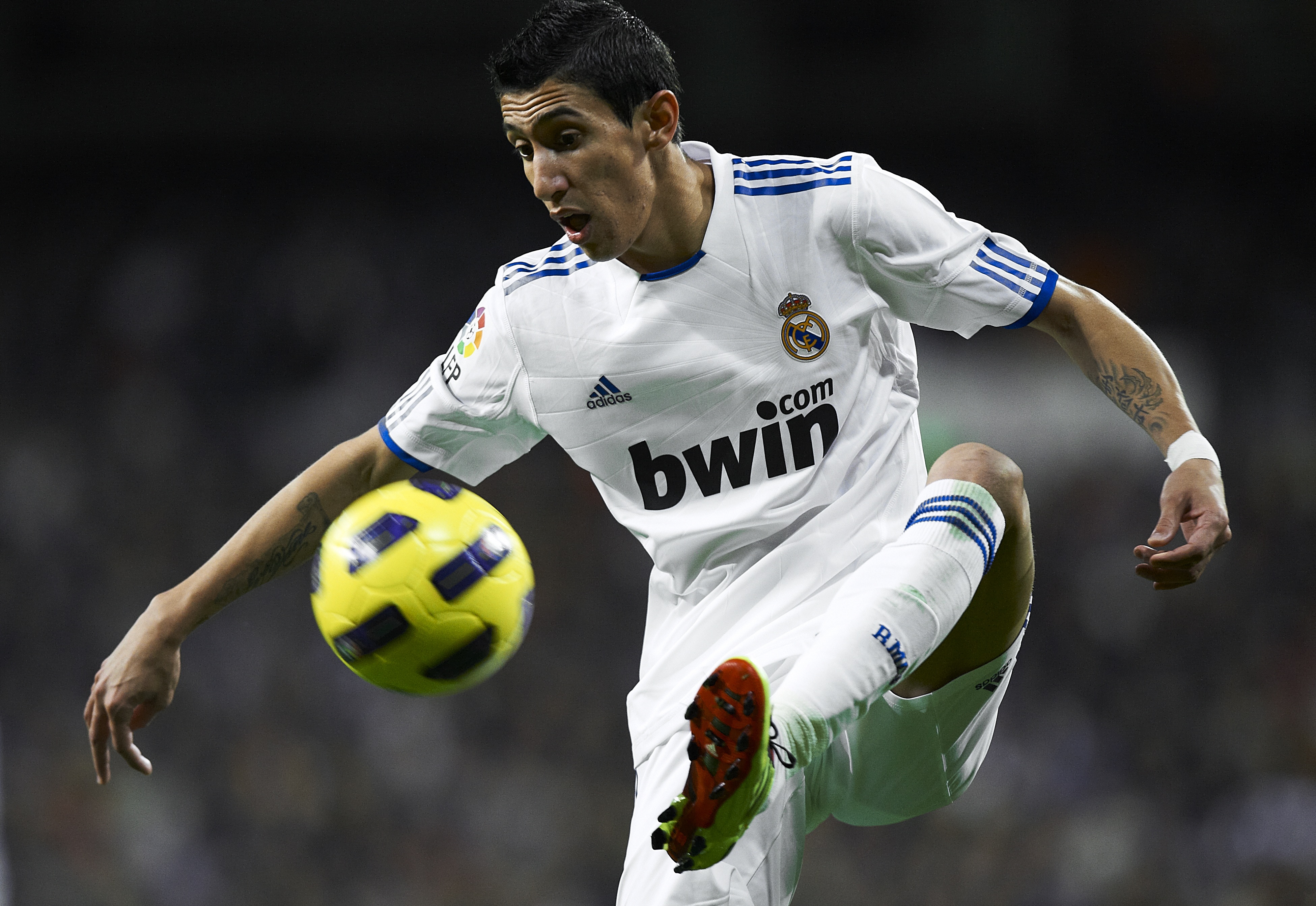 Much like the last individual match-up, watching di María and Alves battle it out on the flank should be a fascinating way to understand the progress of the game. The little Argentine is an incredibly dynamic player, capable of inch-perfect long balls, breathtaking dribbling, and incredible pace; the Brazilian is a Roberto Carlos-style classic right back, who loves to charge up the flank and rip shots from distance.

Both of these players have their weaknesses: di María has a tough time using his right foot, for example, and Dani Alves has a tendency to take terrible shots and get caught out on defense. This match-up should be one of like vs. like in that their battles will center on who can successfully take on the other in one-on-one situations. If Alves has managed to keep di María quiet for large chunks of the game, then he has done his job well; if we see di María getting the ball frequently and putting dangerous passes into other Madrid players, then the scales should probably tip towards Madrid. 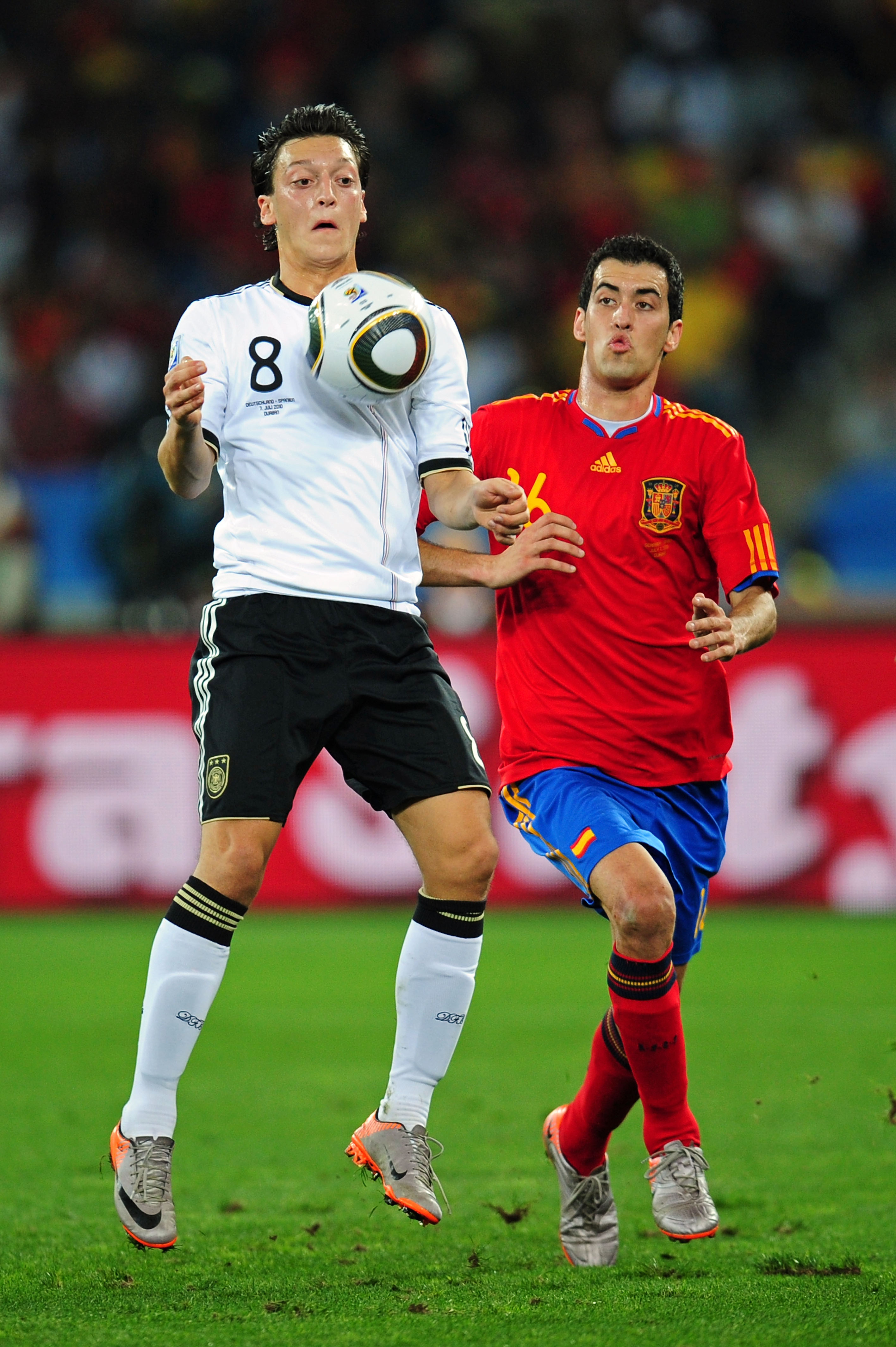 This seems like a pretty basic tactical match-up: Real Madrid’s central attacking midfielder against Barça’s central defensive midfielder, whichever one manages to win the upper hand will give his team a significant tactical advantage moving forward. The young German is electric on the counter attack, incredibly adept at finding space on the run, and slots one of the best through balls in the game; Busquets is lanky for an enforcer type, but fits perfectly into the Barcelona system because of his ability to mold his play based on what the game needs, and his incredibly accurate passing.

This should be an interesting duel because a lot of it will come on the counter attack: I expect Barcelona to dominate possession of the ball, and Madrid to thrive on the lighting-strike Blitzkreig-style counters of Özil, di Maria and CR7. Busquets will probably look to lock down Madrid’s counters as soon as they begin--he’ll play a relatively high line in order to block off the outlet passes from Madrid’s defense.

This could lead to a fascinating match-up for the speedy young German, who thrives against a high line: look for him to quickly find di María in space on the wing, or try to take Busquets one-on-one. These battles could easily determine Madrid’s fate in the match: if Özil looks comfortable against the pressing Barça defensive midfield, then Madrid should see good opportunities off the counter. If, on the other hand, the Catalans manage to smother the German playmaker, then it could be a long day for los blancos in attack. 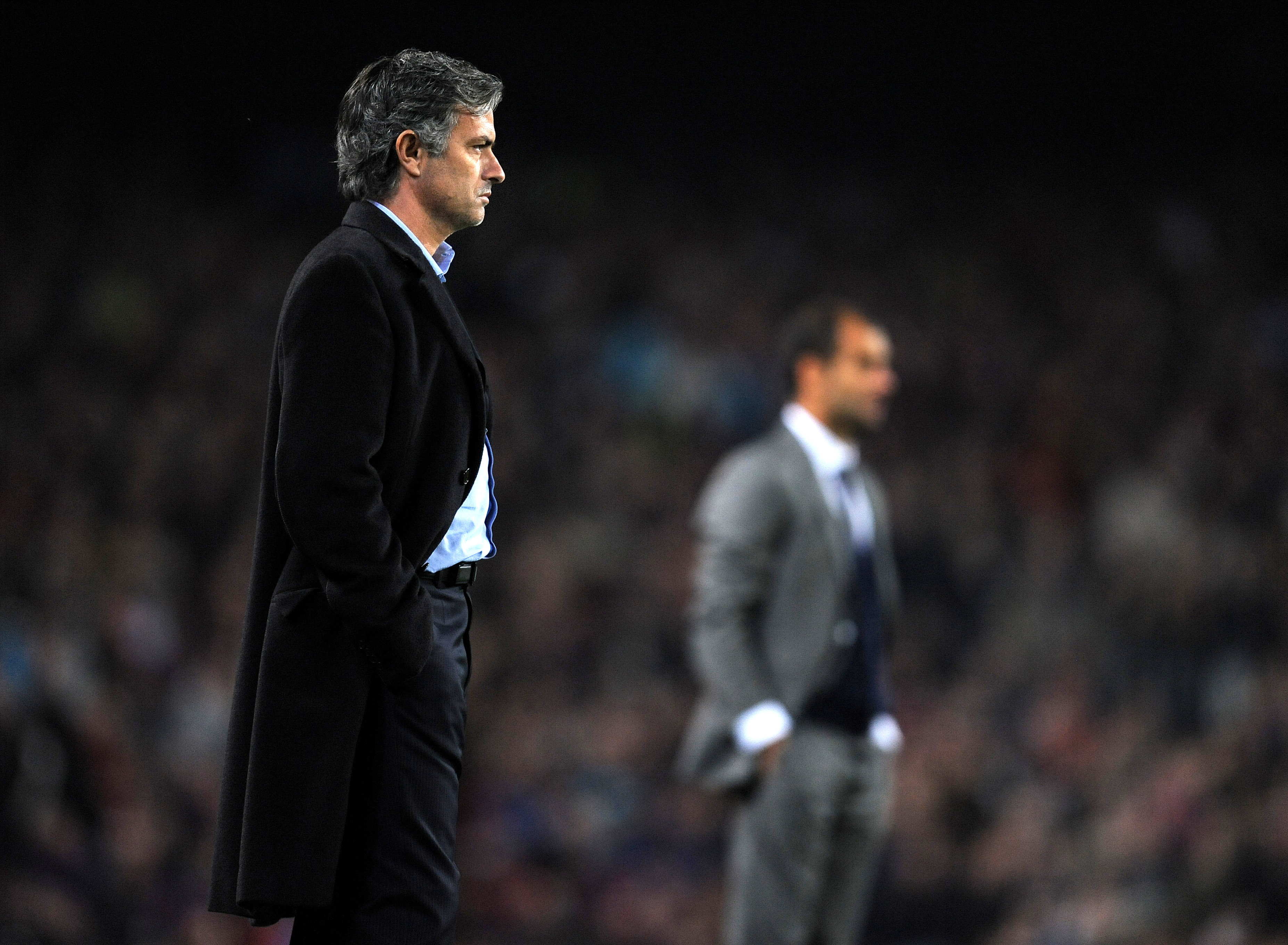 The two teams play interestingly complementary styles of play: Barcelona’s methodical, flowing, passing game should provide an interesting contrast to Madrid’s frenetic, vertical quick-strike offense. As such, traditional ways of looking at the game--things like possession, pace, fouls--might be a bit overvalued: that is, because of the way each team plays on offense, classical methods of reading the game should be taken with a grain of salt. For example, it could very easily come about that Barça dominates the possession and pace of the game, but Madrid's defense effectively smothers their attack, and supplies a deadly counter attack: 0-1.

That being said, Madrid has two options going into the match-up--Barcelona will play their style without fail: the team can either (1) look to play defensively and cut off the diagonal passing lanes as much as possible or (2) try to wrestle as much of the possession from Barça as possible, and not focus as much on defense in the midfield.

I’d expect Mourinho to choose option 1 because it seems more disrupting to Barça’s style, and more complementary of Madrid’s: it doesn’t matter if Barcelona has the ball for a huge amount of time if los blancos are forceful in their tackles and smart about their positioning. Players like Xavi and Iniesta thrive on the spaces and inadequacies of opposing defenses--they push and poke until they inevitably find a hole. Madrid should try to counter this pushing in the midfield: by jamming up Barça’s passing diagonals in the midfield--and not chasing the ball all over the pitch--Madrid can try to blunt the blaugrana sword.

The key to this strategy is to work as a unit, both on defense and on offense: every player needs to completely commit to staying in their zones and shutting off their little area of the pitch. On offense, the transition to attack must be seamless so as not to be caught out: Özil, di María and Marcelo will be especially responsible for Madrid’s lightening counters.

I can’t pinpoint a single tactical match-up in particular because if this strategy is to be effective, then Madrid must work tirelessly as a unit to keep Barça from making dangerous, progressive passes (what I called “diagonals”). Khedira and Xabi Alonso must jam up the midfield passing lanes as much as possible against Xavi and Iniesta, and essentially cede control of the ball for much of the game. Pepe and Carvalho need to protect against through balls to the cutting wingers (Messi in particular); the fullbacks need to drop back as often as possible to try to slow down Barça’s advance down the wings. Even the offensive players have a role: to try to shut down progressive passes from the deeper-lying midfielders to the attacking trident. 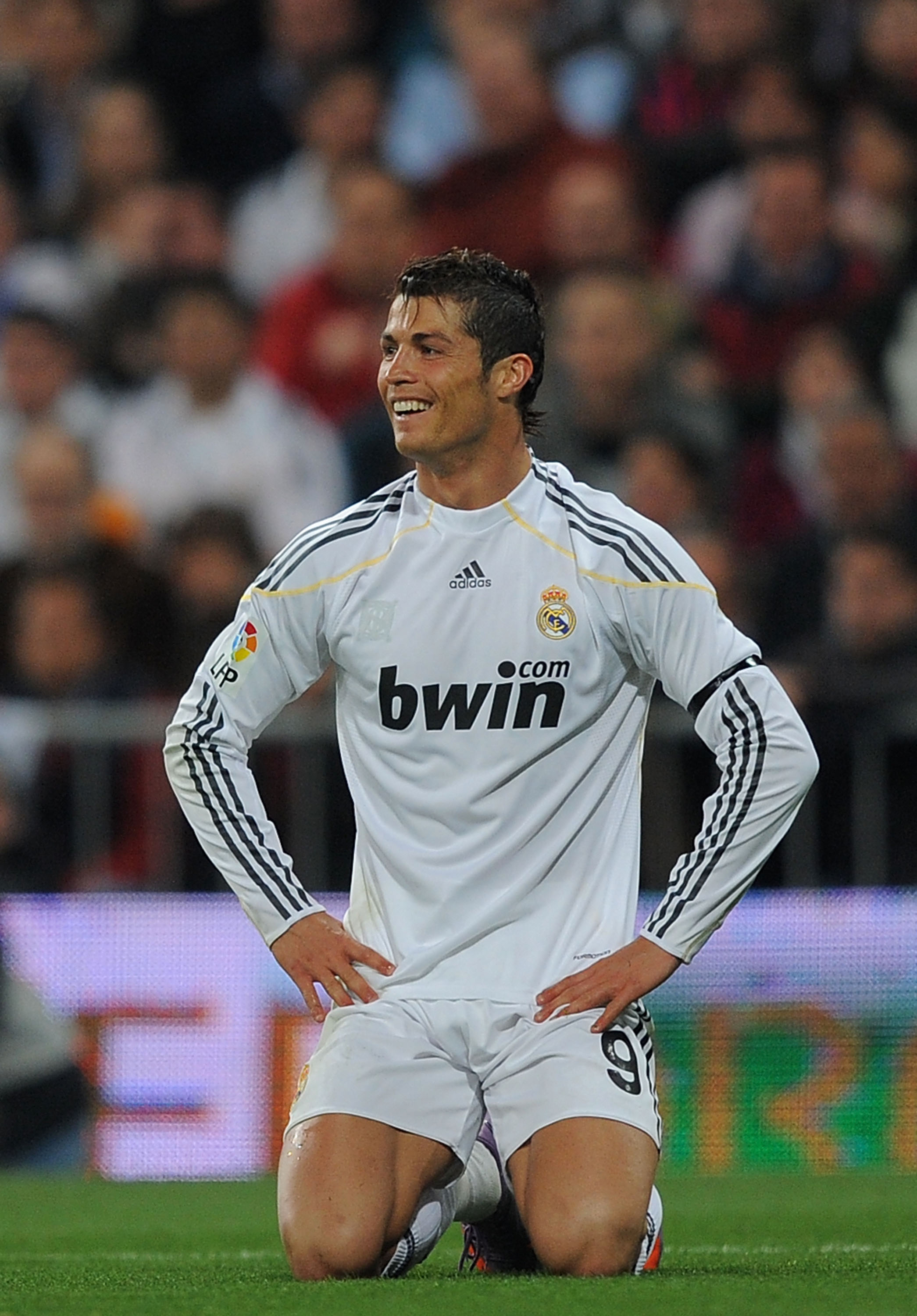 As a Madrid fan it pains me to admit that Barcelona is even a good team. To be honest, they’re a great team--arguably the best in Barça’s history. It’s a disappointing fact of my life that I’ve grown up during this period of Barcelona’s history.

That being said, this year I feel great about this Real Madrid team. I’ve totally bought in to José Mourinho’s style, his approach to the game, and yeah, even his arrogant, egotistical persona. I love that he protects his players, bashes other teams, and hates Barcelona with a fiery passion. And I love that he has turned Real Madrid into a force in Europe once again.

Yeah, I know it’s totally cheating to do three predictions, but hey: my article, my rules. Enjoy the game!