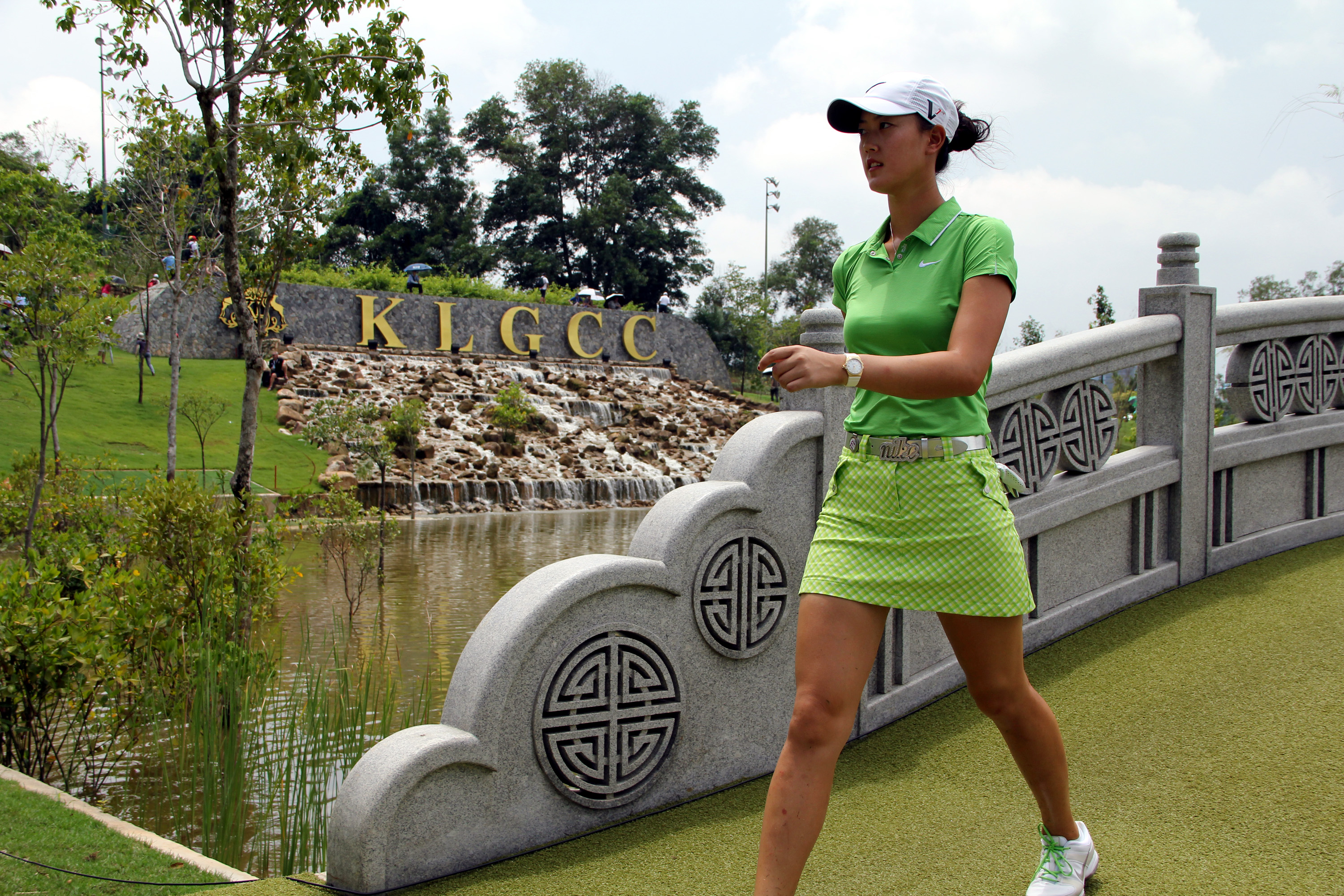 It seems everyone these days has a Facebook and Twitter account. It's fun to keep up with friends and family, but what about following your favorite golfer/celebrity?

It's an extremely random list, but that's what made it fun!

I just heard this morning Tiger Woods recently joined Twitter...You already know who's going to be in the No. 1 spot. 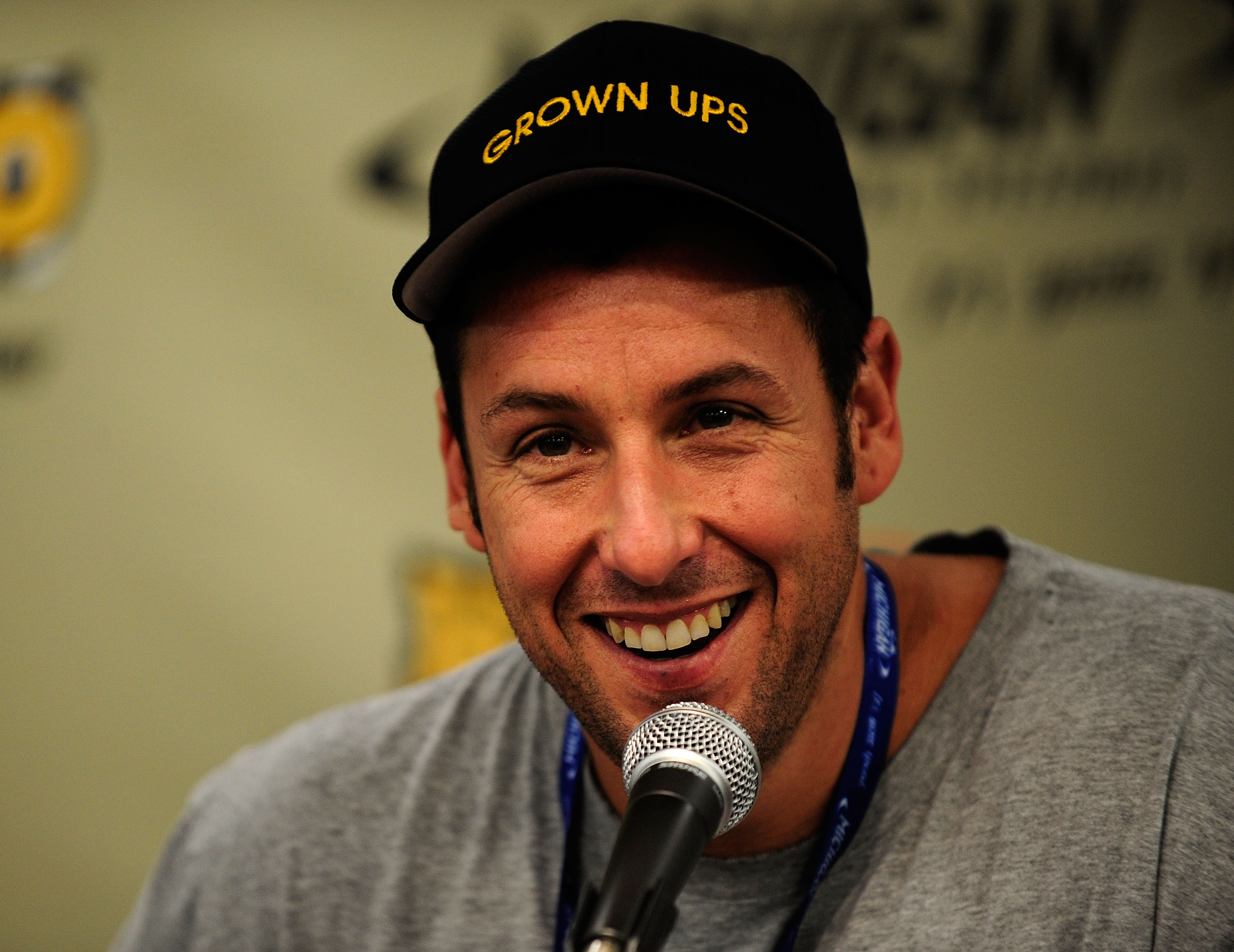 Sandler learned the game playing alongside his late father, Stan, while growing up in New Hampshire. Today, he belongs to Hillcrest in L.A., where he plays 15 to 20 rounds a year.

Sandler has watched "Caddyshack" more than 300 times; it inspired him and friend Tim Herlihy to write "Happy Gilmore"—for some, the best golf movie ever made.

In a 2006 interview with his mother for Parade Magazine, Sandler reminisced about his dad shooting in the 70s and making four holes-in-one.

"I have zero holes-in-one and am happy if I can break 90. What's wrong with my swing?" To which his mother replied: "You probably inherited mine. And Dad practiced more than you do." 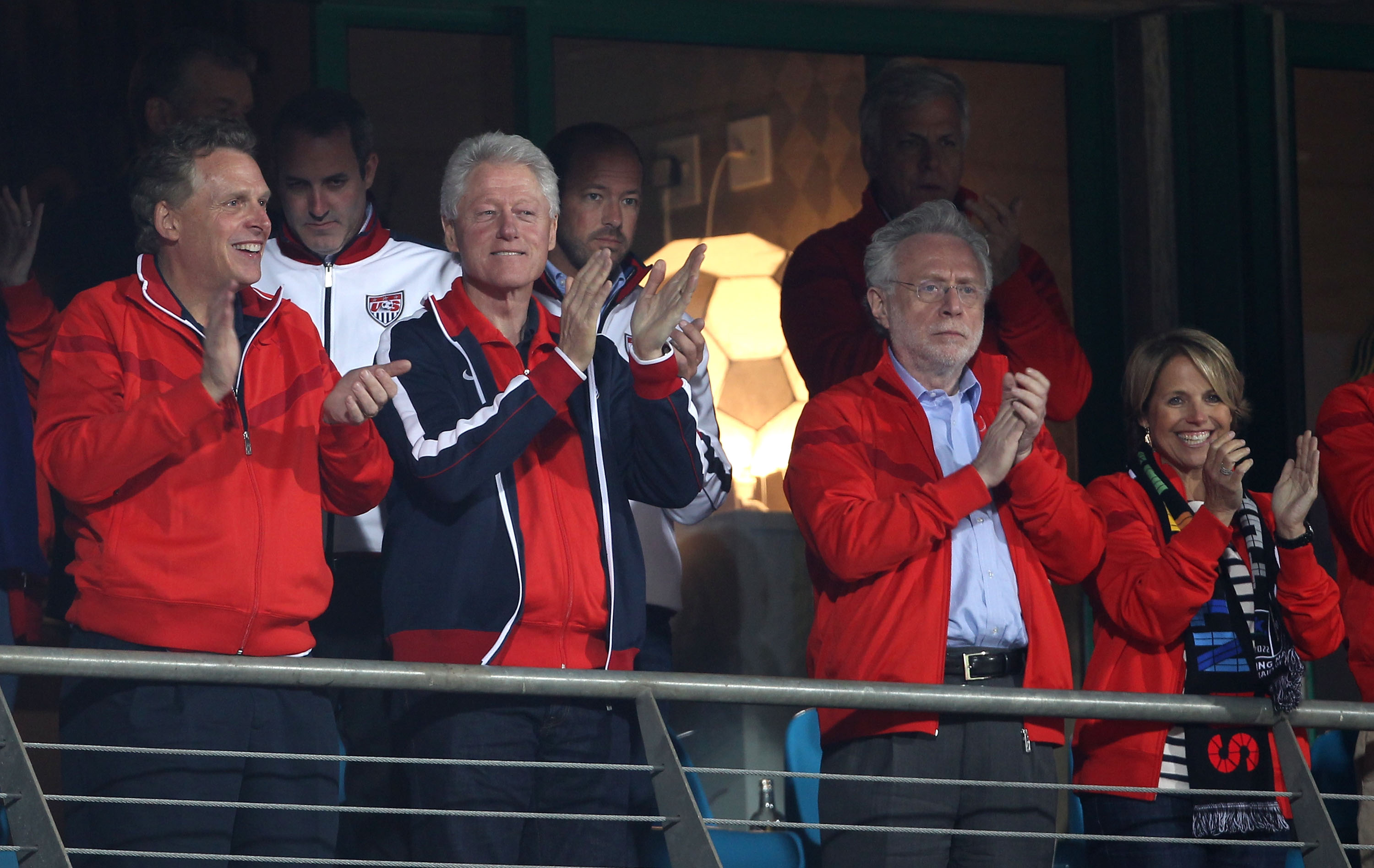 America's 42nd president played as a teenager growing up in Arkansas, quit at 17, then picked up his clubs again a decade later, playing with Hillary's brothers.

Clinton recalls that once, as governor of Arkansas, feeling stressed, he canceled his appointments, played hooky and went to the golf course. "There was a 435-yard par four," he told Golf Digest in 2000, "and I hit a drive to 175 yards—about 260 yards, I guess—but I was under a tree. I hit a 3-iron off my back foot into the hole. I had an eagle, and I couldn't tell anybody. It was like the minister who plays on Sunday morning. I couldn't tell a soul."

Famous for his liberal use of mulligans, Clinton nevertheless is a decent 12-ish handicap. "Golf is like life in a lot of ways," he concluded. "The most important competition is the one against yourself. All the biggest wounds are self-inflicted."

No matter what you think of him, Clinton would be a pretty cool "get" on your Twitter account. He's known for saying crazy stuff already; can't imagine what his Tweets would be like. 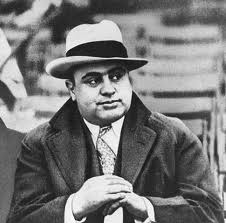 The most famous gangster in U.S. history wasn't much of an athlete, but he loved to play golf; sometimes twice a week at Burnham Woods, then a nine-hole course on Chicago's South Side. He favored a monogrammed white silk shirt.

In a 1972 story for Sports Illustrated, Tim Sullivan, who as a 12-year-old caddied for Capone, wrote, "I don't think he broke 60 for the nine holes. He could drive the ball half a mile, but he always hooked it, and he couldn't putt for beans."

Pretty cool to read Tweets from this dude.

Wouldn't actually want to golf with him back in the day...Tweets only! 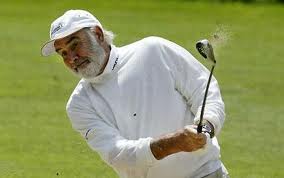 The man best known for playing James Bond, aka 007, was well into his 30's when he took his first golf lesson on a course near Pinewood Studios outside London, as preparation for the golf scene in the classic third Bond film, "Goldfinger."

It was the start of a lifelong love affair with the game. "Soon," he wrote in a recent autobiography, "it would nearly take over my life."

Connery visited golf courses all over the world while filming, and became an R&A member. He won an Oscar for "The Untouchables" in 1987 but insisted that winning the Silver Jubilee event at St. Andrews that year gave him more pleasure.

Proves just how addicting golf can be.

I realize his accent wouldn't translate while Tweeting, but Connery is still one of the coolest guys out there. 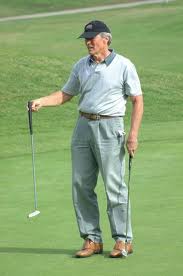 To celebrate a friend's return from the Korean War, the pair played their first-ever round at Pebble Beach.

Forty-eight years later, Eastwood and a group of friends, including Arnold Palmer, bought the Pebble Beach properties for $820 million.

"We just felt that an American resort like Pebble Beach should be owned by Americans," Eastwood told Golf Digest in a 2004 interview.

The five-time Academy Award winner turns 80 this year and still plays often at Tehama, the course he owns in Carmel, Calif.

I seriously doubt Eastwood is Tweeting, but I'd love to follow if he did. 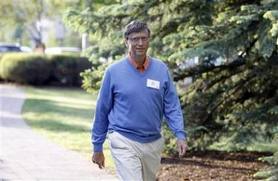 Gates took up the game in the early 1990s and was featured in ads for Callaway's Big Bertha driver in 1998.

In 2004, he told Golf Digest that he was improving rapidly. "Ever since my wife took it up, my golf addiction has increased," Gates said after winning a $2 match with Buffett in Sun Valley, Idaho.

Maybe Gates would let out some financial secrets in his Tweets? Not likely, but you never know. 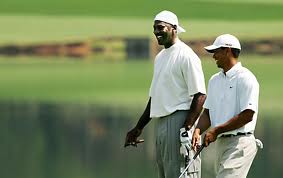 In the winter of 1997, six months before he would win his last of six NBA championships with the Chicago Bulls, the greatest basketball player of all time spoke with Golf Digest about the sport he'd play for the rest of his life.

"It's not my hobby, it's my passion. I'll be all golf and no basketball real soon."

Last fall, while serving as an assistant captain for Fred Couples at the Presidents Cup, Jordan was still talking about the 86 he shot at Bethpage Black in the nationally televised Golf Digest U.S. Open Challenge a few days before the Open last summer.

You know he's got some really good stories to tell.  Just be sure not to make a bet with him while Tweeting away. 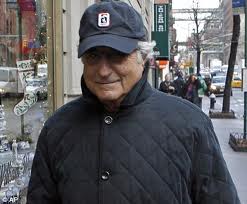 The perpetrator of the largest fraud in Wall Street history isn't getting to play much these days after beginning a 150-year prison term in 2009 for his breathtaking Ponzi scheme that went undetected for two decades, defrauding clients of an estimated $65 billion.

Among his many victims were fellow golfers at swanky clubs around the country, especially the exclusive Palm Beach Country Club. Some reports say he reeled in about a third of the memberships as clients.

The former chairman of the Nasdaq stock exchange was said to be an able player with an easy, natural swing. But perhaps his suspiciously consistent scores and his 9.8 Handicap Index were, like his career, to use his words, "one big lie."

I'd love to have read his Tweets after he found out he was being charged. 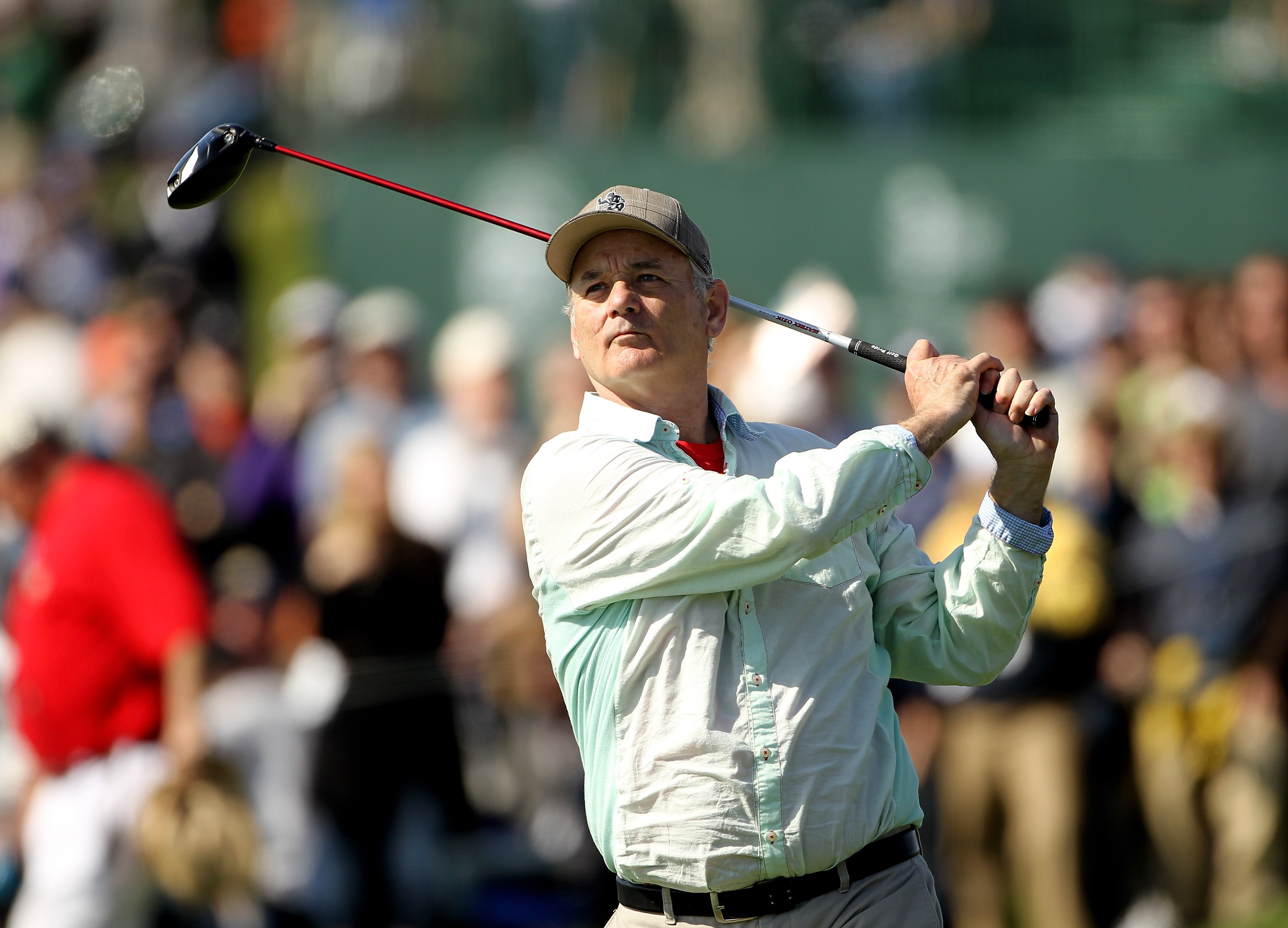 For golfers, Murray's resonating high point is unquestionably his creation of Carl, the demented greenskeeper he portrayed with such brilliant oafishness in the 1980 cult classic "Caddyshack."

Murray still plays the occasional AT&T and partners with Scott Simpson in Champions Tour events each year, but he mostly likes to play away from the public, with his six sons, who range in ages from eight to 27. 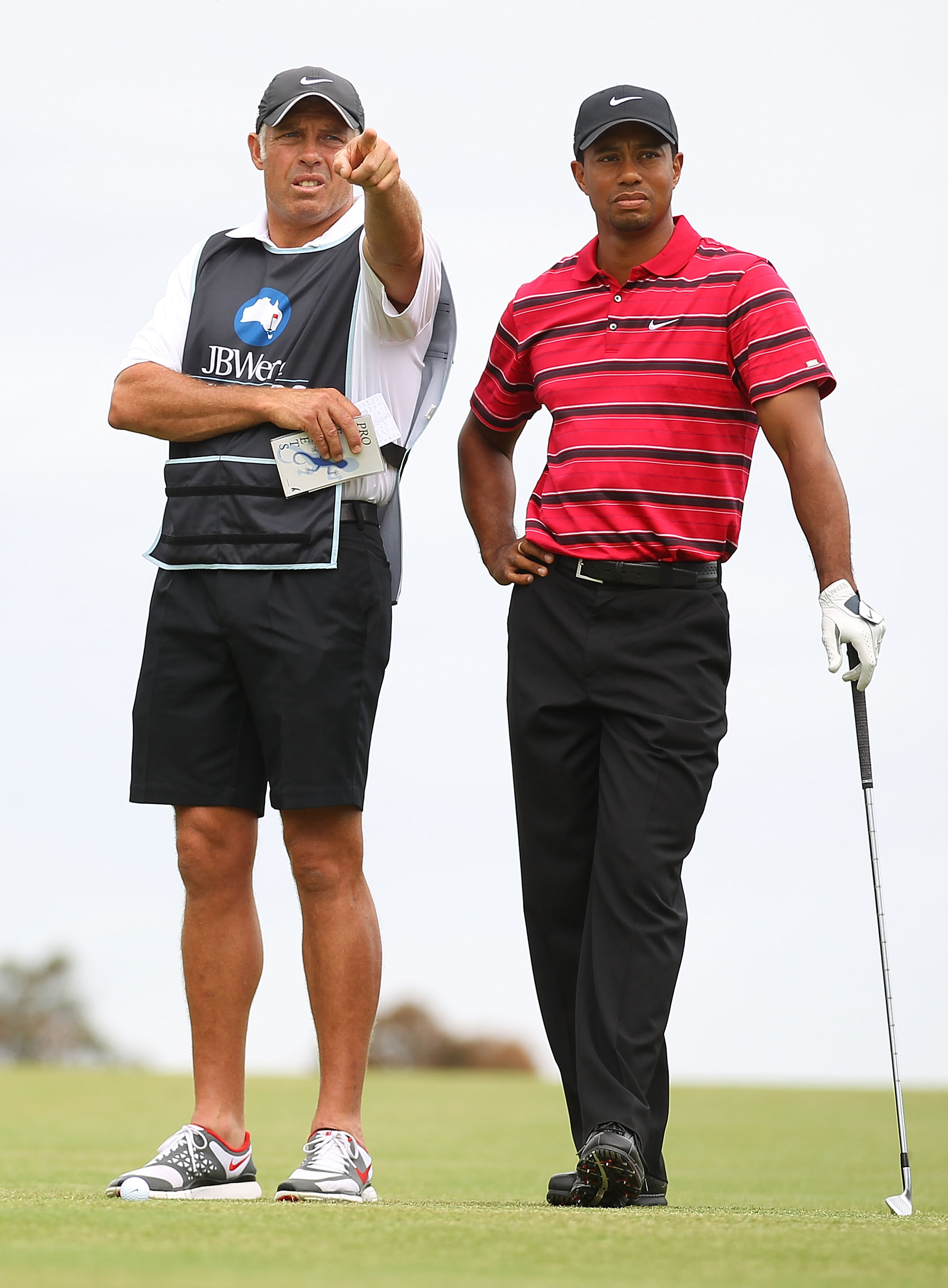 After joining Twitter this Tuesday, Woods has already reached over 180,000 followers.

Well, he can count me in as well. Not only is Woods a great golfer, this past year aside, he is also an interesting guy and I'm curious as to how long he will remain on Twitter after he reads some of the snide remarks that are reportedly being sent his way.

For such a private guy, Woods and Twitter appear to be an odd mix, but as he proved last Thanksgiving, looks can be deceiving.

*Thanks to Dean Gibson at Missouri Sports Blog for helping come up with this random and zany list of characters!