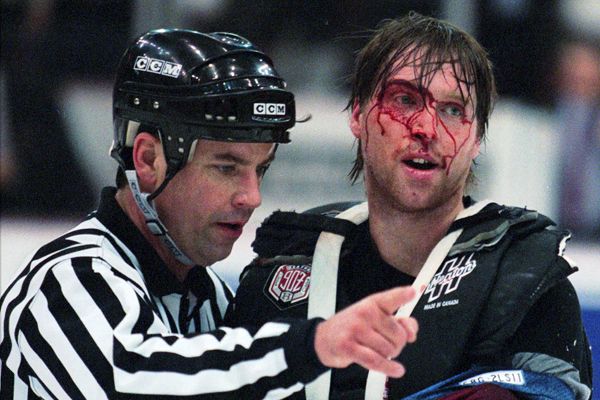 What makes a team "dirty?"

Is it low-blows, cheap shots, elbows, undercuts or head hunting?

How about a combination of all of that, and then some?

That is the recipe the dirtiest teams in sports history used to intimidate and punish opponents throughout their respective reigns over their sports.

Most of them live in infamy now, but notice a common trend among the 10 teams on this list: They are all wildly or very successful winning teams. Playing dirty plants a seed in opponents' heads. It serves as a distraction, and these 10 mastered that concept. 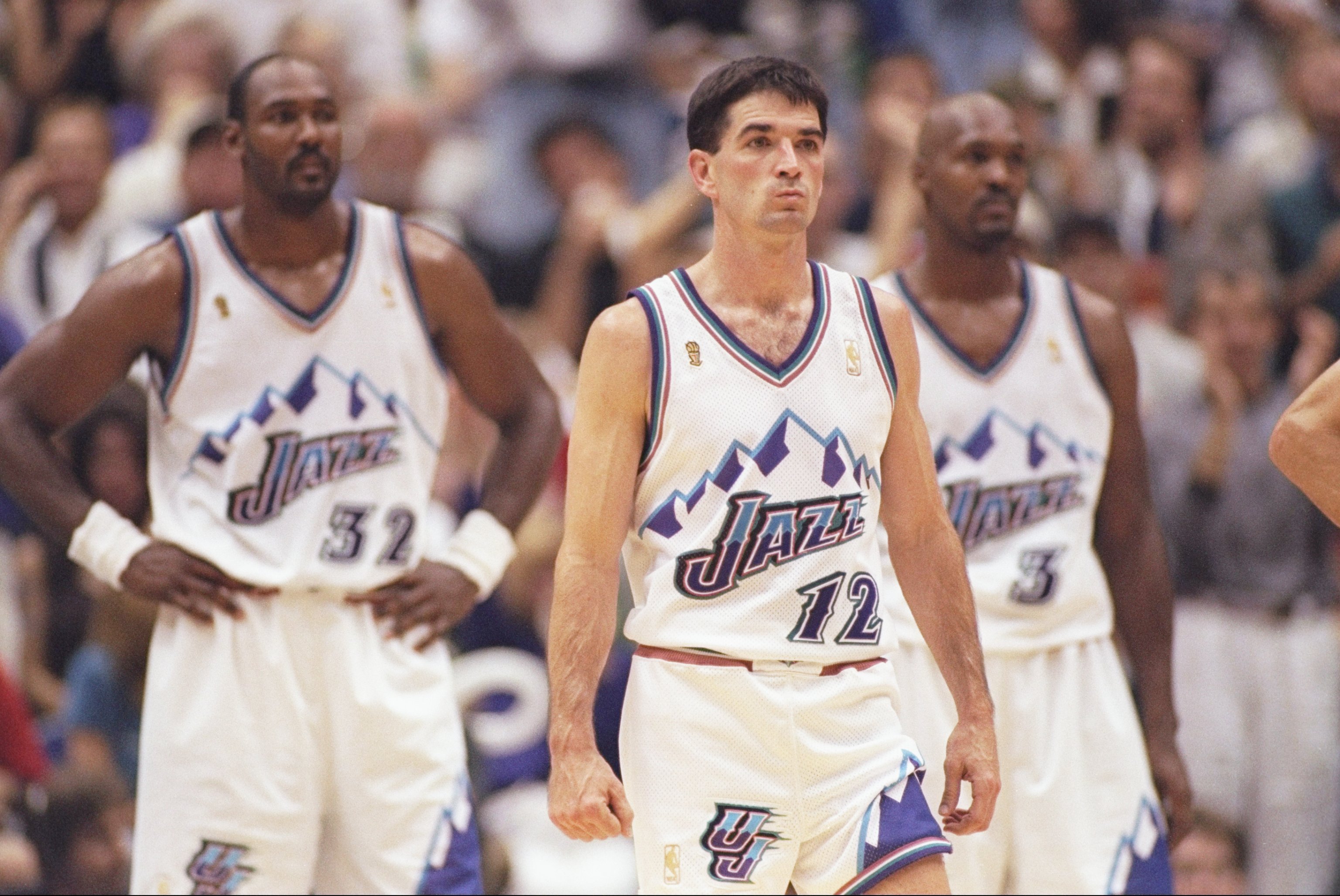 Most remember Utah Jazz hall of famers Karl Malone and John Stockton as one of the NBA's all-time greatest and classiest duos. Neither ever encountered legal trouble or struggled with technical fouls, but that did not prevent them from retiring with legacies as some of the league's dirtiest players.

Malone built a reputation as a player with a big low-post presence and an even bigger temper. Whether he was fighting for a rebound or trying to protest a layup, Malone often threw reckless elbows, and he often connected with his opponents' faces.

Stockton, meanwhile, had an even feistier reputation. He used his small frame, speed and quick reflexes, to throw low elbows and undercut taller opponents at the knee. The key to Stockton's success lied within his ability to commit these acts so discreetly. Much like he mastered the quick-pass and pull-up jumper, Stockton mastered the craft of playing dirty.

Just because Jack Tatum and John Madden were gone did not mean the dirty ways of the Oakland Raiders were gone, too.

So long as Al Davis is alive and kicking, (he might be alive now, but he is not kicking anymore) the Raiders will carry that stigma with them. 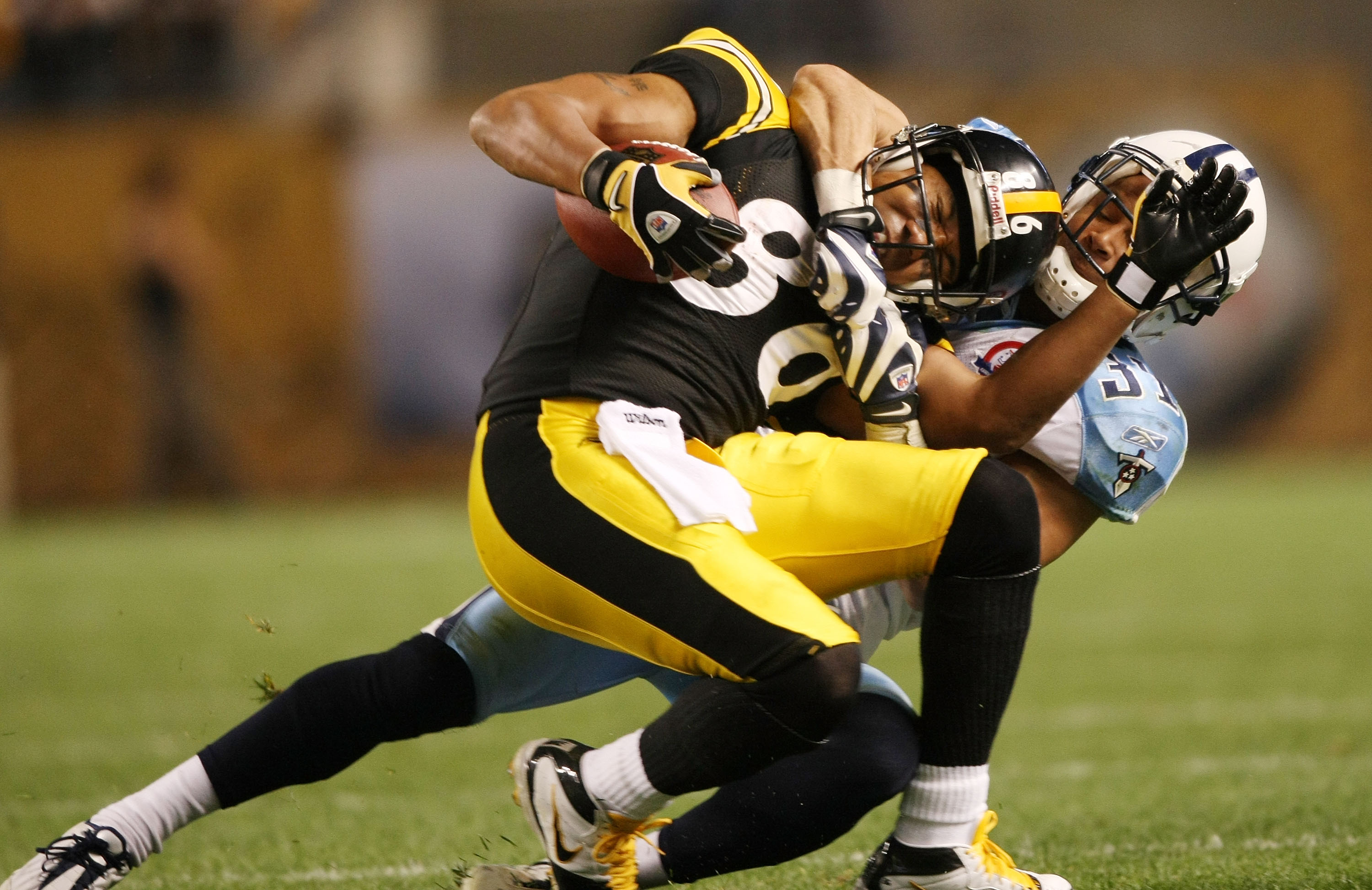 However, the Titans have built a reputation as one of the NFL's dirtiest teams over the past few seasons.

Albert Haynesworth might be the initial catalyst of the Titans' unsportsmanlike movement. His infamous stomping of Andre Gurode's head sparked an outburst against many of Tennessee's players. But Haynesworth was not even the dirtiest player on those teams.

Kevin Mawae, who played the final four years of his career in Tennessee, was also voted onto some of the NFL's dirtiest player lists. 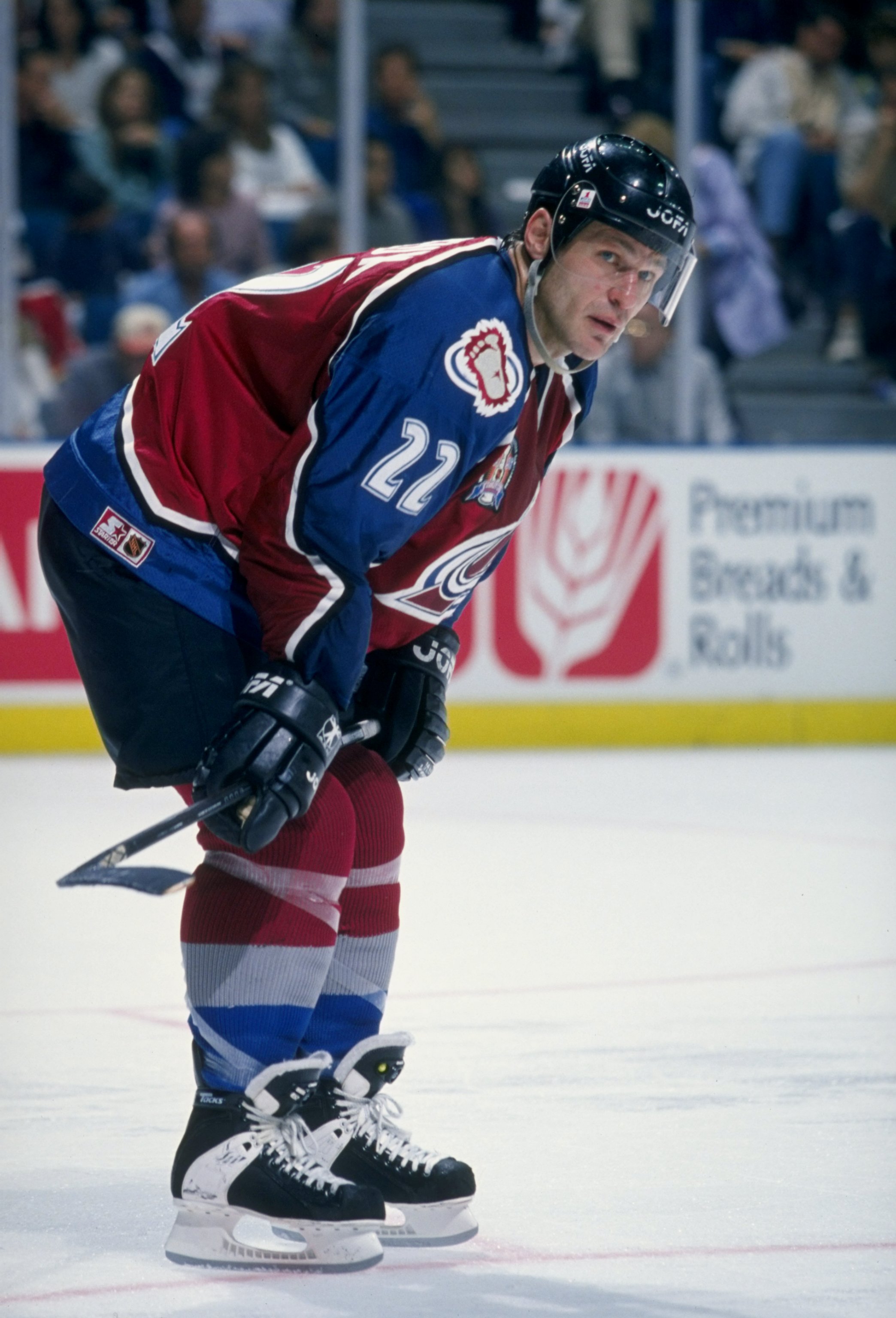 Any team that carries Claude Lemieux on its roster automatically becomes dirty. Few players bring such an intimidating impact by themselves, but Lemieux, particularly during his days with the Colorado Avalanche from 1995 to 1999, did so.

Lemieux has a whole laundry list of documented cheap shots, but his 1996 hit on Kris Draper cemented his legacy as the league's all-time dirtiest player.

Patrick Roy also helped cement the Avs' legacy as a dirty team. Few goalies ever fight at all during their careers, and even fewer goalies actively look for fights and get them. Roy dropped the blocker and glove countless times, and he brought the thunder against overwhelmed opponents. 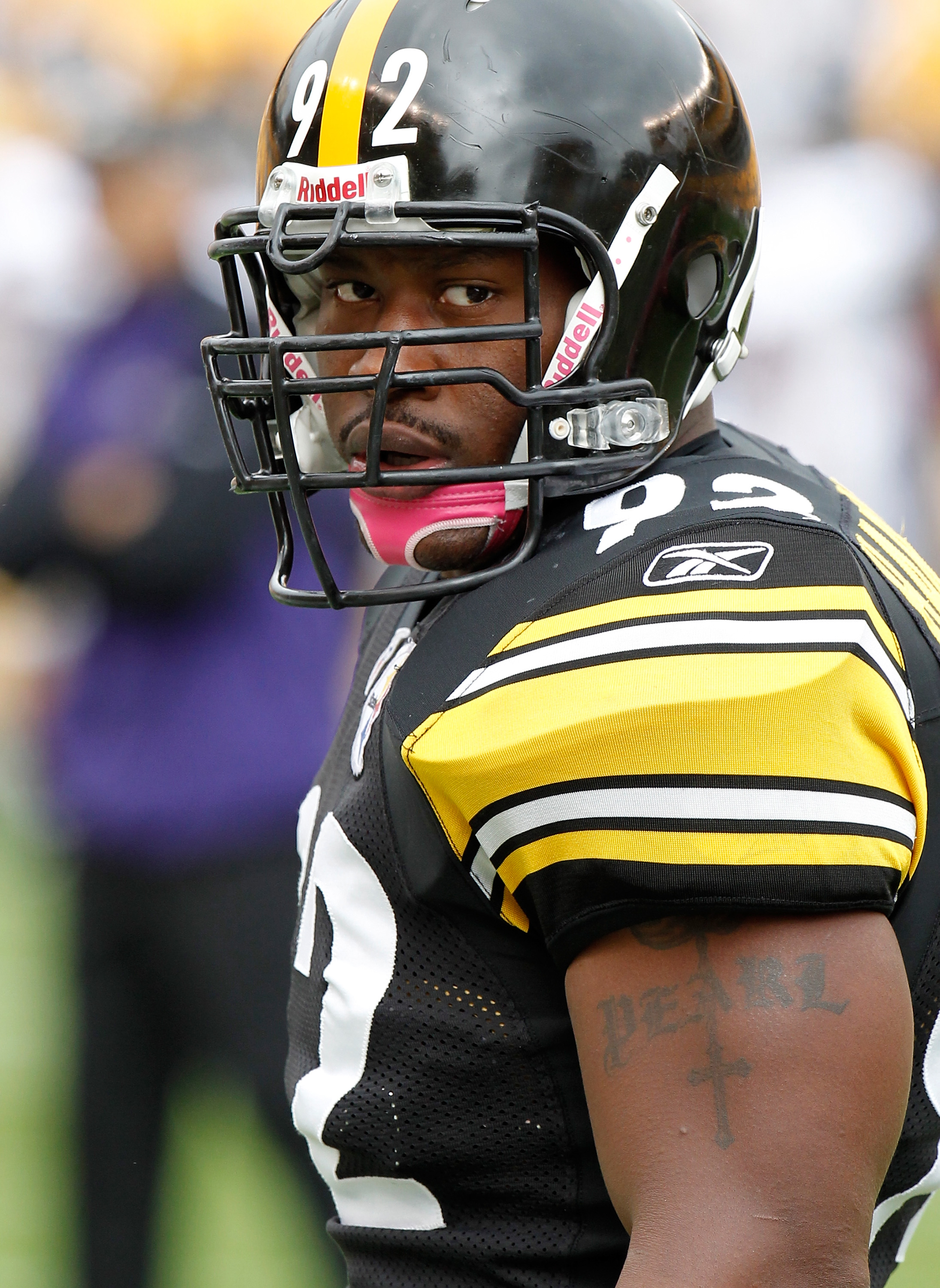 Since their days of 1970s dominance, the Pittsburgh Steelers have carried a hard-nosed and brutal stigma.

Lambert, Ham, Lloyd and Kirkland all helped maintain that reputation, but the current wave of Steelers have taken it from "hard-nosed and brutal" to flat-out dirty.

Most notably, wide receiver Hines Ward and linebacker James Harrison have garnered the "dirty label." The duo annually appear on the outlets' Dirtiest Player polls, and both have accumulated plenty of highlights that show their work in action.

Ward's reputation as a dirty player stands out because it has come to almost overshadow his great production. Although some defend Ward's hits as technically clean, they remain often cheap and unnecessary.

Superstar safety Troy Polamalu has become a media darling, but he too has been voted onto Dirtiest Player polls in the past. 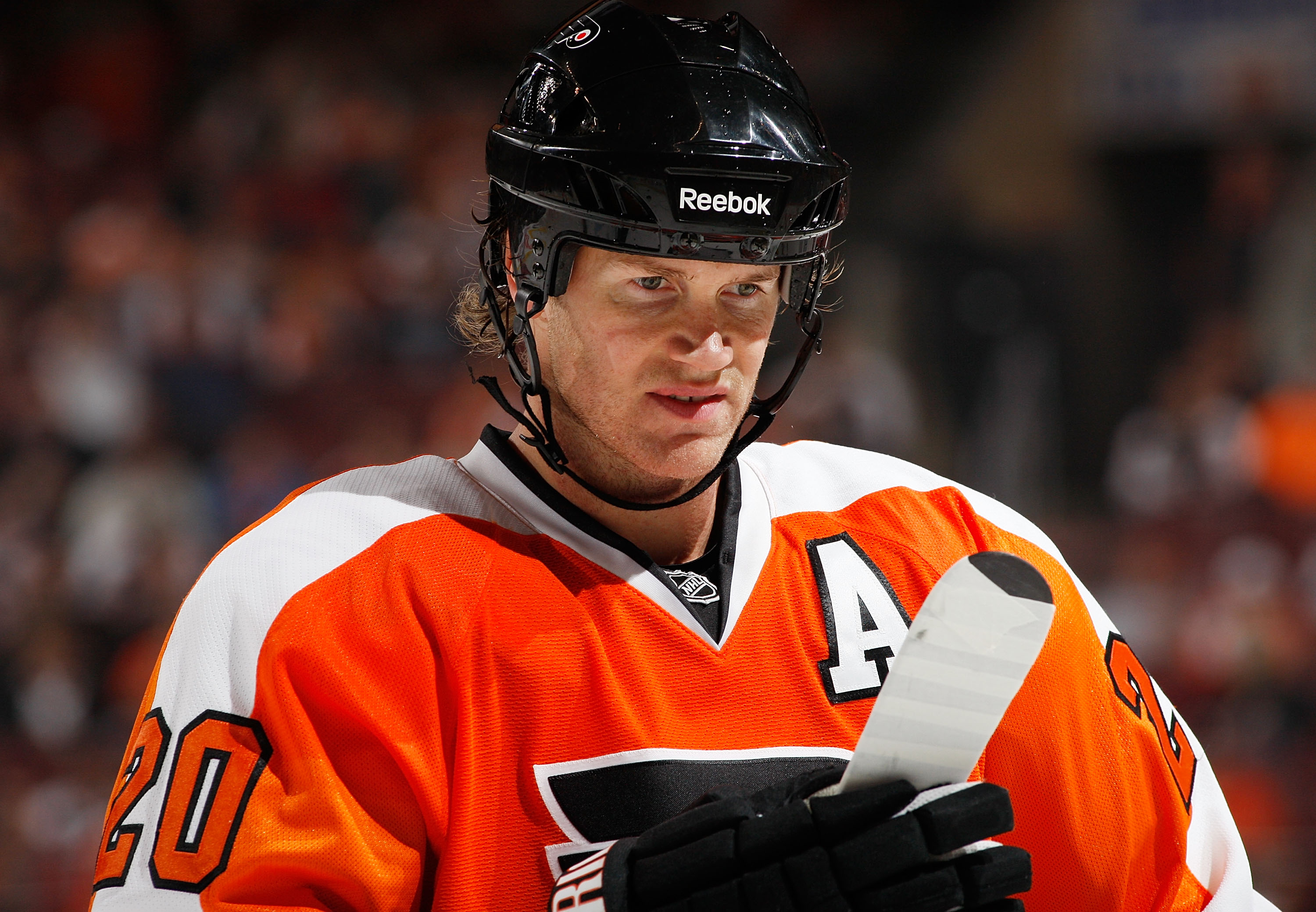 Once the Philadelphia Flyers acquired Chris Pronger from the Anaheim Ducks two summers ago, their goal became clear. They were building the dirtiest, nastiest hockey team possible.

Pronger's 17-year career has been one marked by inconspicuously (and sometimes very conspicuously) dirty play. Although his infamous reputation has been built through cheap checks and hits, Pronger also partakes in petty things, like stealing the game puck from the Blackhawks after Game 5 of the 2010 Stanley Cup Finals. In 2009, he was voted the league's dirtiest player.

But Pronger is only the beginning. Scott Hartnell was voted the NHL's fifth dirtiest player by his peers, and Mike Richards's nasty hit on David Booth propelled him into the conversation last year, as well. 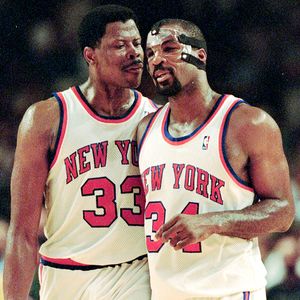 As the 1990s progressed, and Patrick Ewing's chances at capturing a long-desired championship ring began to dwindle, it seemed as though he just became more violent. Ewing threw reckless (and sometimes intentional) elbows at anyone who dared contest him.

Meanwhile, Charles Oakely was sparsely, if ever intimidated by the Knicks' opponents, often finding ways to get under their skin.

And once Larry Johnson joined the already feisty Knicks, they became even more keen to fights, often against Alonzo Mourning and the Miami Heat.

Jack Tatum would call his play "aggressive," but anybody who played against him or watched him play would say that he epitomized "dirty."

Tatum was the NFL's nastiest and most vicious player of his time (and arguably ever), and the Oakland Raider teams that surrounded him fit that bill as well.

The Raiders had a league-wide reputation for taking cheap shots at will, before and after the play. Steelers head coach Chuck Noll once referred to the Raiders as the "criminal element of pro football." Perhaps Noll was right.

Oakland's dirty play stretched beyond the actual game. Head coach John Madden and the organization were often criticized for letting the grass at Oakland-Alameda County Coliseum grow untamed for days before games. There is even a tale that Madden once let the field flood the night before a game. 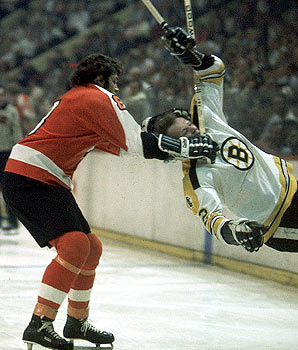 So long as the Philadelphia Flyers are around, they will be a dirty team. It is simply part of who they are, and vicious aggressiveness just seems to lurk within those orange and black jerseys.

The Broad Street Bullies earned that nickname for obvious reasons. They were a brutal hockey team, who essentially used scare tactics against their opponents. They did not wear helmets, took as many cheap shots and instigated as many brawls as possible. After a while, teams preparing to play the Flyers knew they were in for a beating.

Led by the likes of Bobby Clarke and Dave Schultz, the 1970s Flyers managed to utilize this mentality to perfection. The team won back-to-back Stanley Cups in 1974 and 1975, boosting the Broad Street Bully mystique forever. 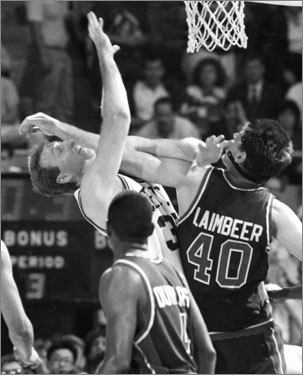 Not many teams have enough material to fill five minute highlights virtually entirely with brawls, cheap shots and scuffles, but count on the Bad Boys to be the one team who does.

From Dennis Rodman to Isaiah Thomas, and of course, Bill Laimbeer, the Pistons irritated, agitated, and pissed off their opponents like no other team in sports history. They played dirty every night, and eventually, like the Broad Street Bullies, just used it to their advantage.

The Pistons rode this style of play to back-to-back championships in 1989 and 1990, and their legacy as the dirtiest team in sports history remains intact today.