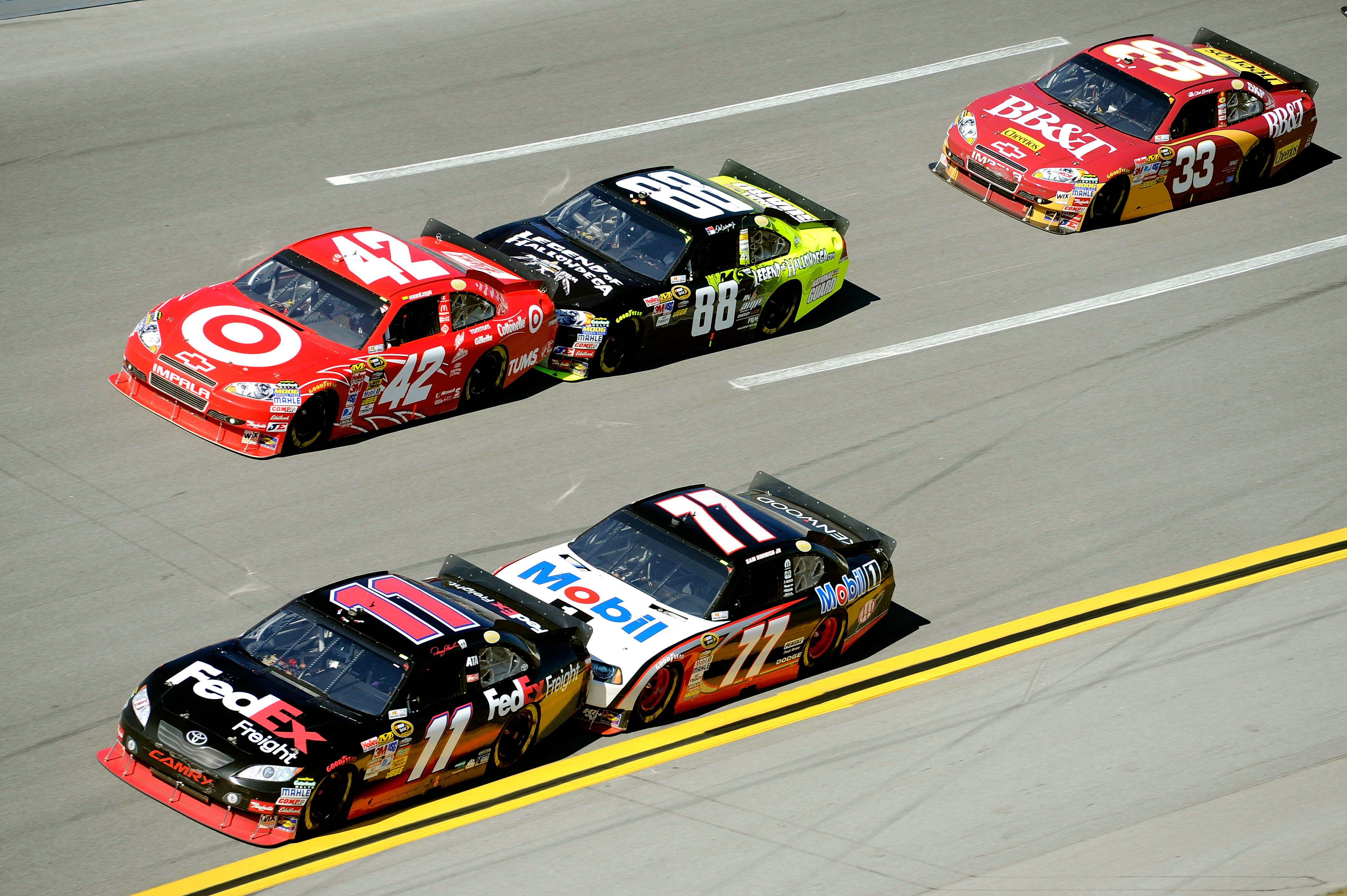 The Chase for the Sprint Cup heads to Texas this weekend with just three races remaining.

There are still three men vying for the championship this season, as Kevin Harvick and Denny Hamlin will try to end Jimmie Johnson's four-year title run.

This weekend's race should have a big impact on the standings and let us know a lot more about who the eventual champion will be this season.

Here is a look at 10 drivers who should see good results come this Sunday. 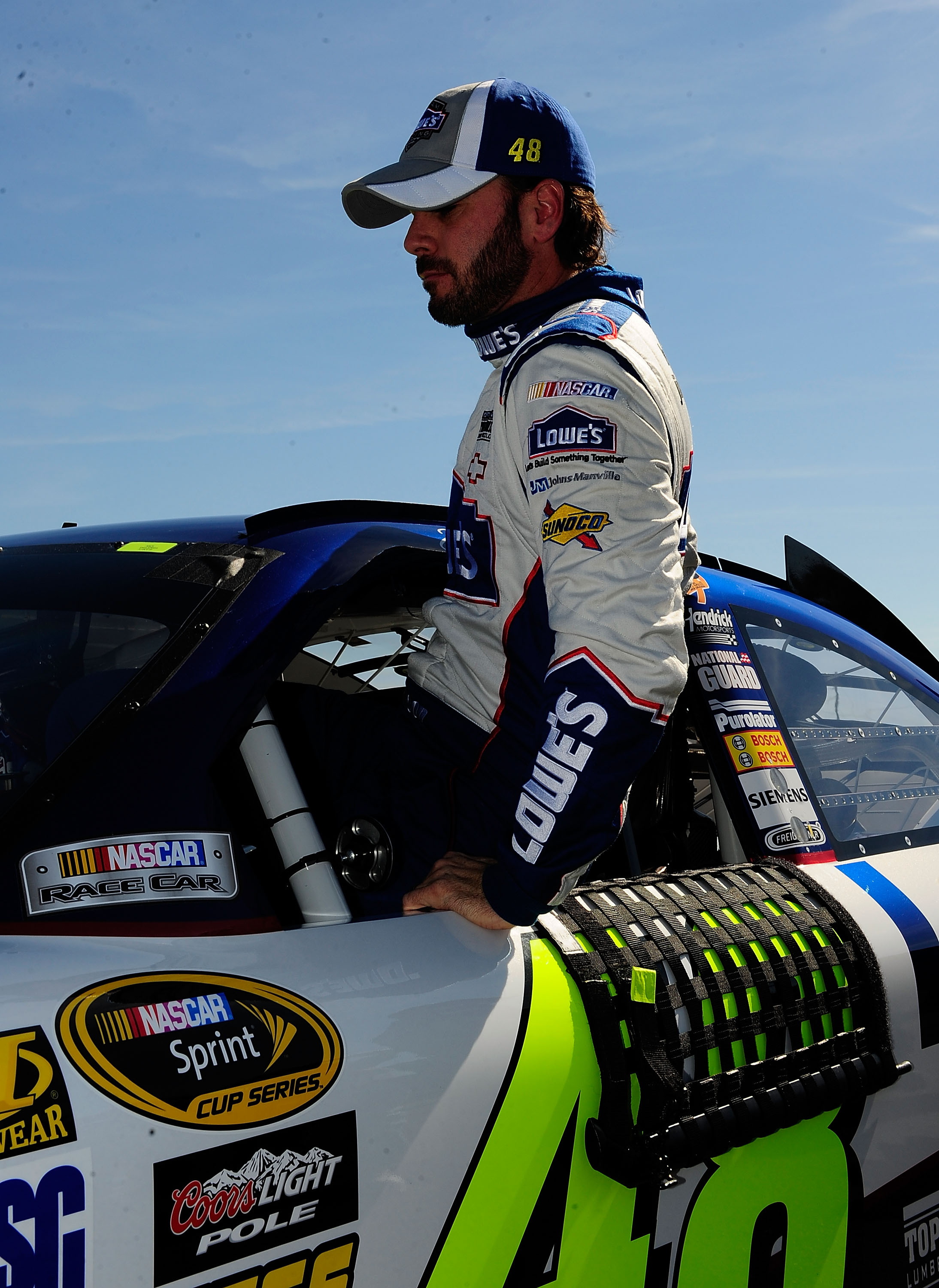 The four-time defending Sprint Cup Champion is a force to be reckoned with at nearly every track he encounters, and Texas is no exception.

Johnson will look to widen his first-place margin this week at a track where he has had a lot of success in his career. Johnson has two second-place finishes in his last three races at the track, and he looks strong to get another top five finish this weekend.

Denny Hamlin is only 14 points behind Johnson, so the No. 48 needs a strong finish this week to retain the top spot. 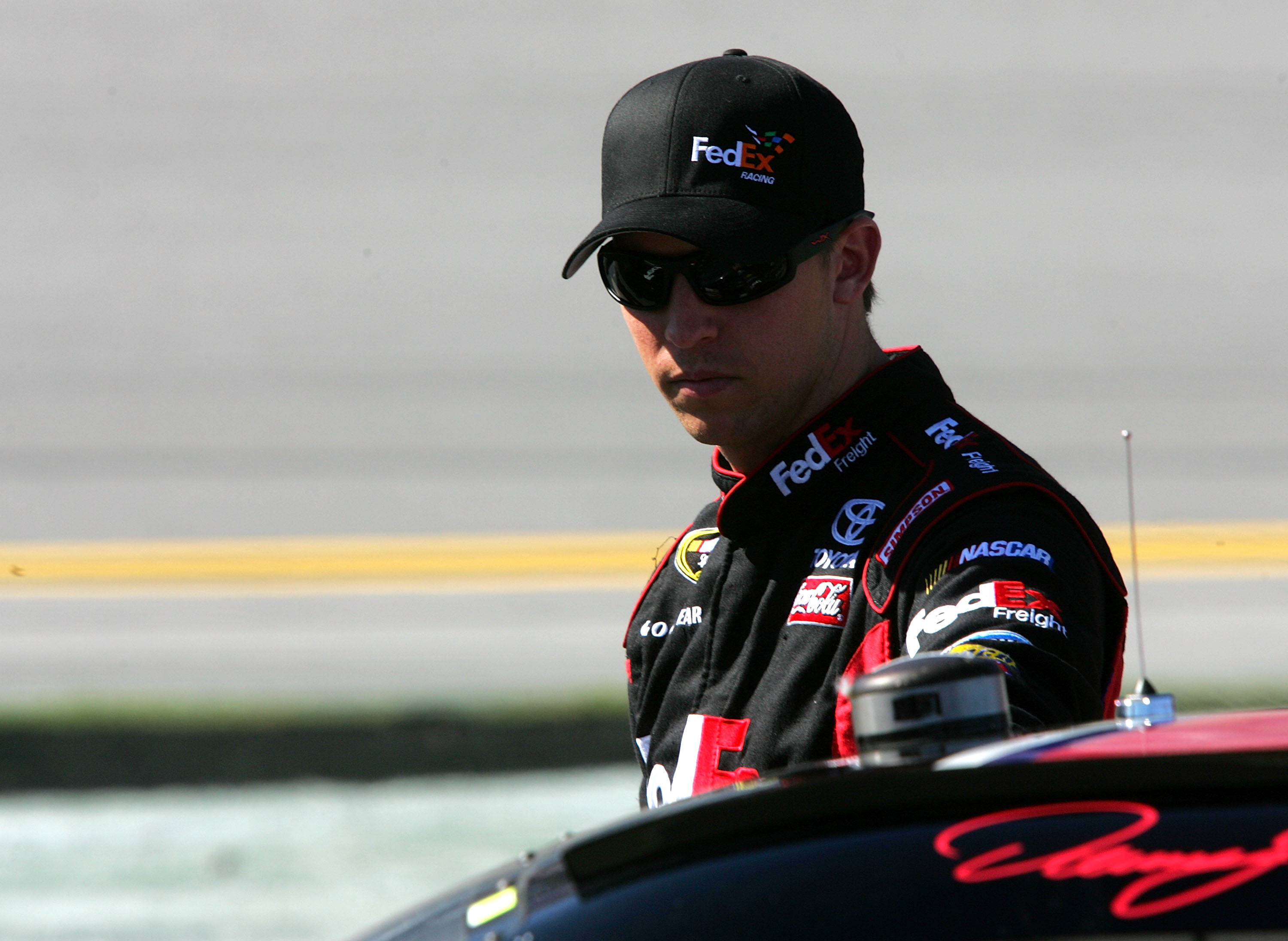 Hamlin is breathing down Jimmie Johnson's neck for the Sprint Cup points lead, and he has been on fire as of late.

Hamlin has seven top 10 finishes in his last eight races, and he has fared very well at Texas in his recent trips to the track. Hamlin won at the track back in April, and he should be considered one of the strongest contenders to win there again on Sunday.

If there is to be a new Sprint Cup Champion this year, it's likely going to be Hamlin. 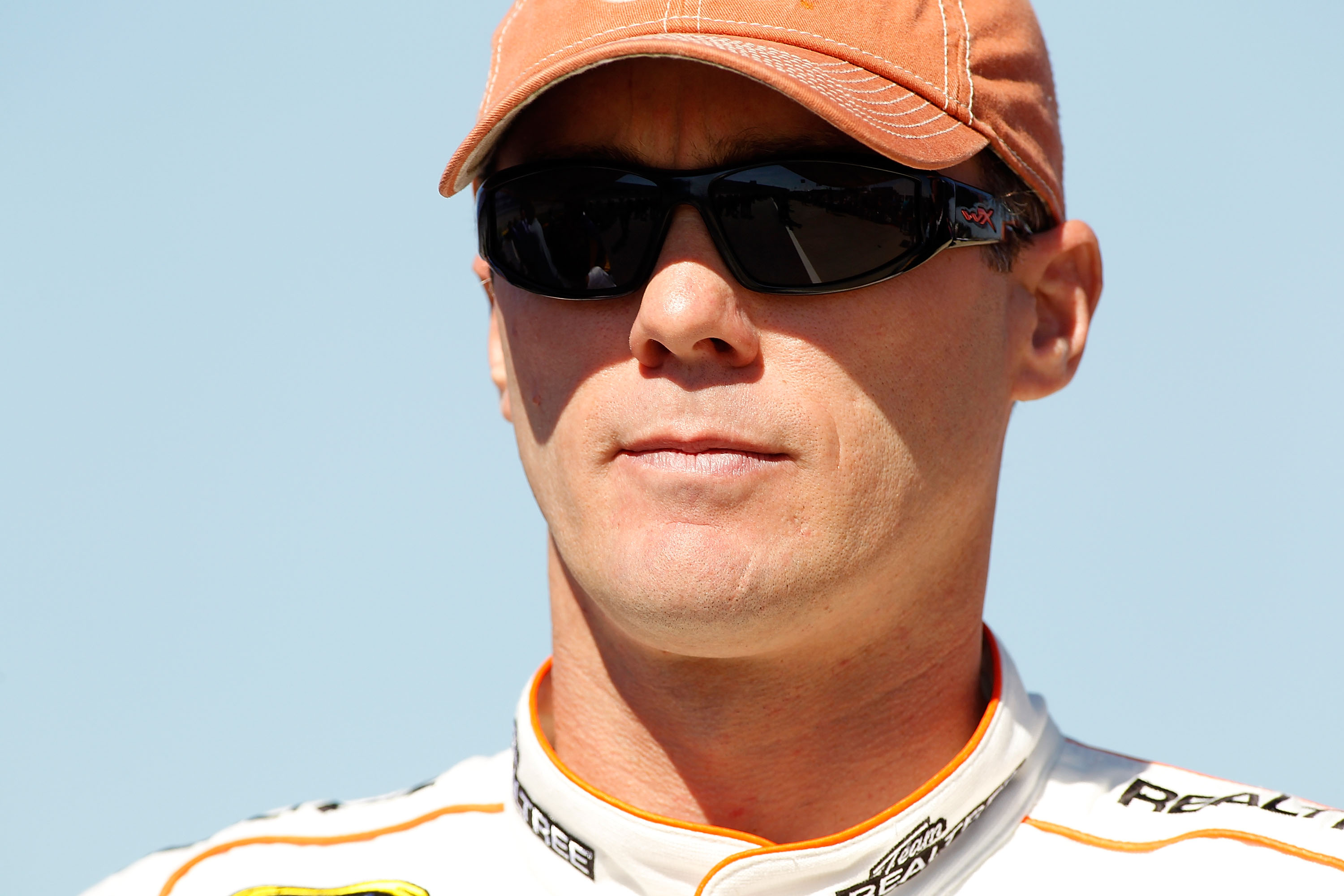 Harvick is the only other driver who can catch both Hamlin and Johnson, but he will need a great finish at Texas if he wants to make that a reality.

The No. 29 has also raced extremely well as of late with five straight top 10 finishes, including a second-place finish last week at Talladega.

Harvick finished seventh at the track in April, and he has two top 10 finishes in his last three starts at the track. With the way Harvick has been racing lately, he should have little trouble getting another top 10 as well as a shot at victory lane. 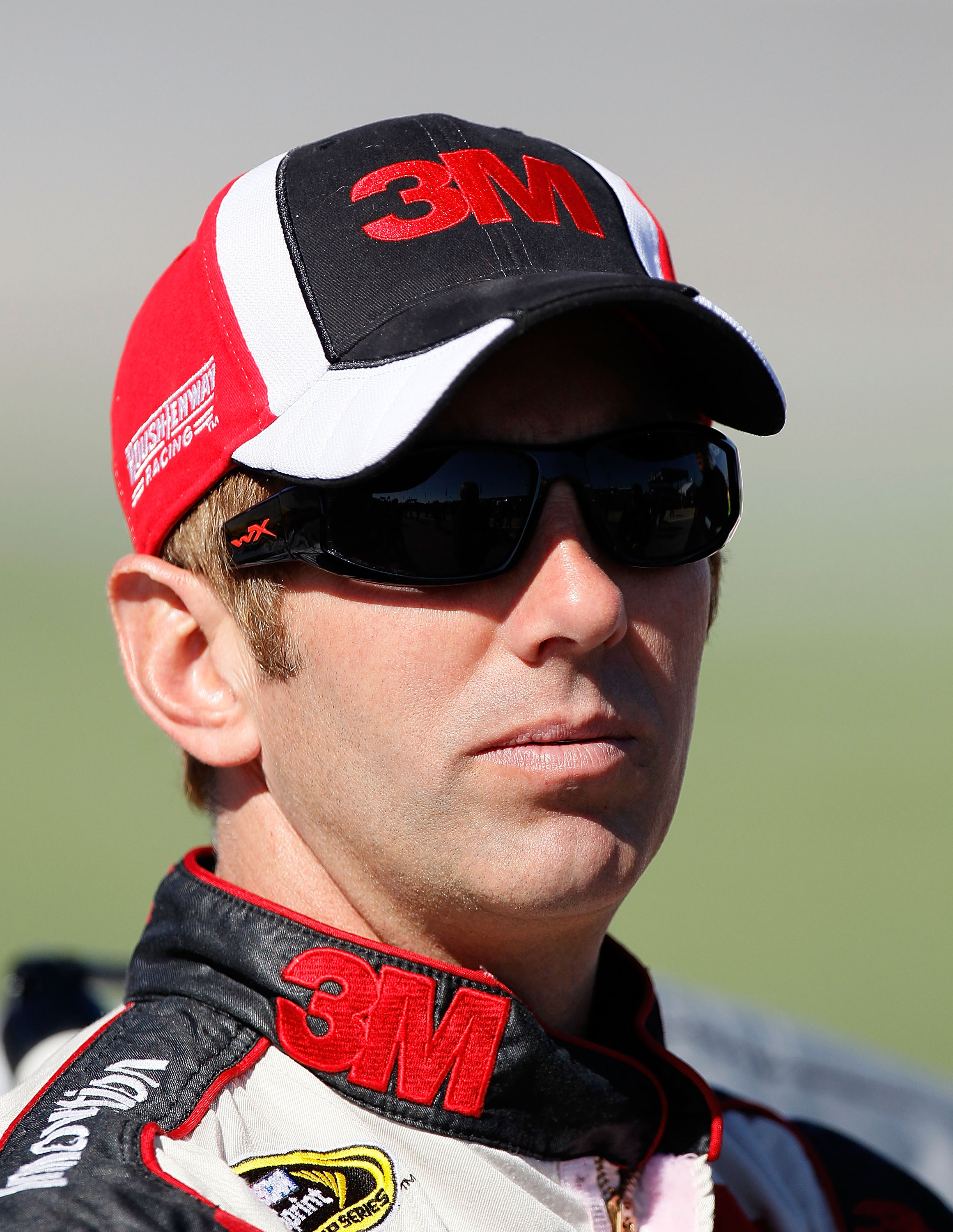 The Washington native has been very up and down during the Chase for the Cup, but he has fared well in the past at Texas, so he should have a strong showing this weekend.

Biffle has finished in the top 10 in each of his last four starts at the track, and he finished 10th there earlier this year.

Biffle is well out of the championship picture, as he sits in 11th place, but he is a strong contender for this weekend's race. 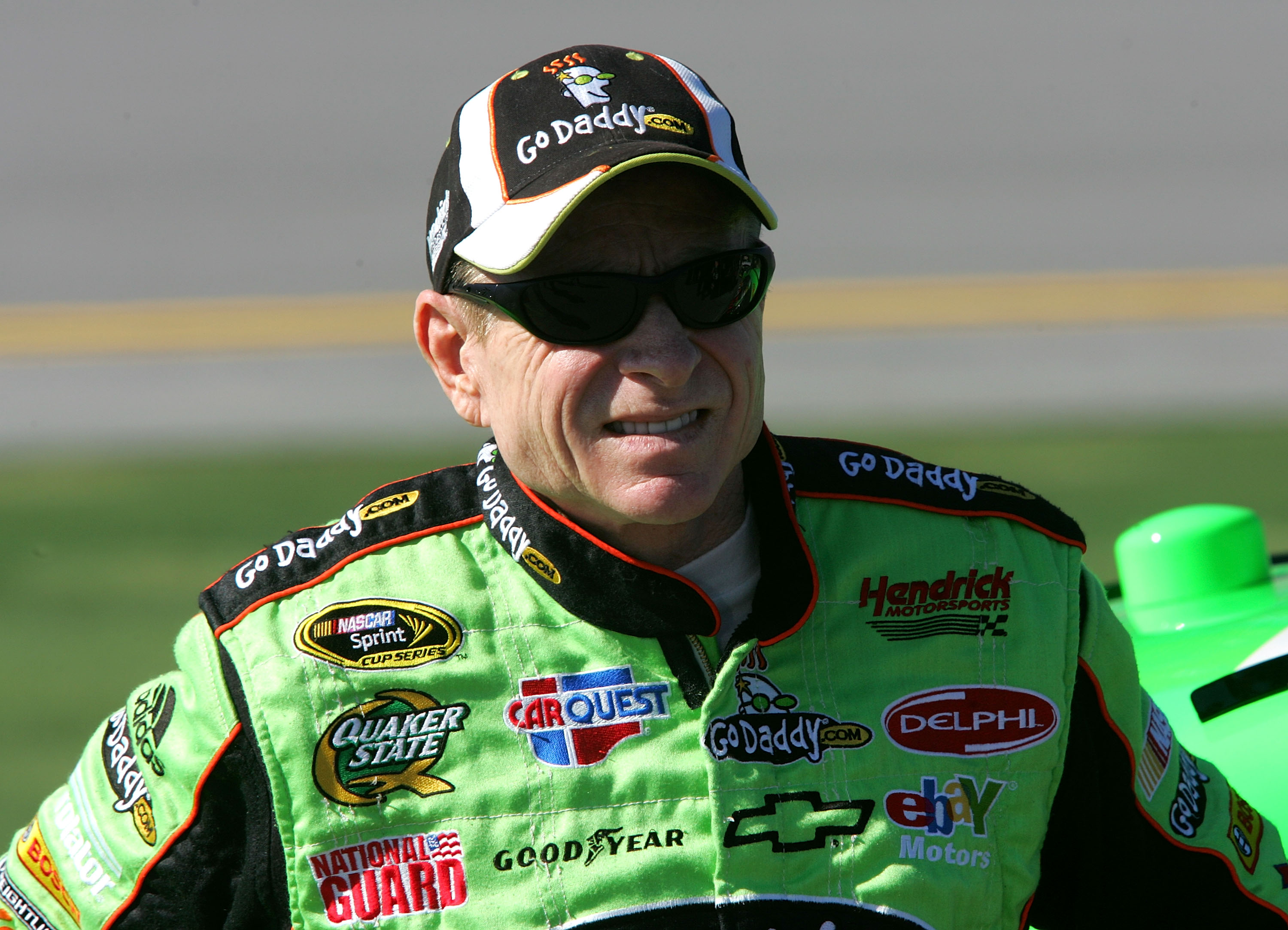 Martin is the first to make the list that didn't qualify for the Chase, but he has been coming on strong lately with four solid performances in a row.

Texas is a track where Martin has done well, as he has had three straight top six finishes at the raceway.

Martin should be considered a dark horse contender for a top three finish, and at the very least you should expect a top 10. 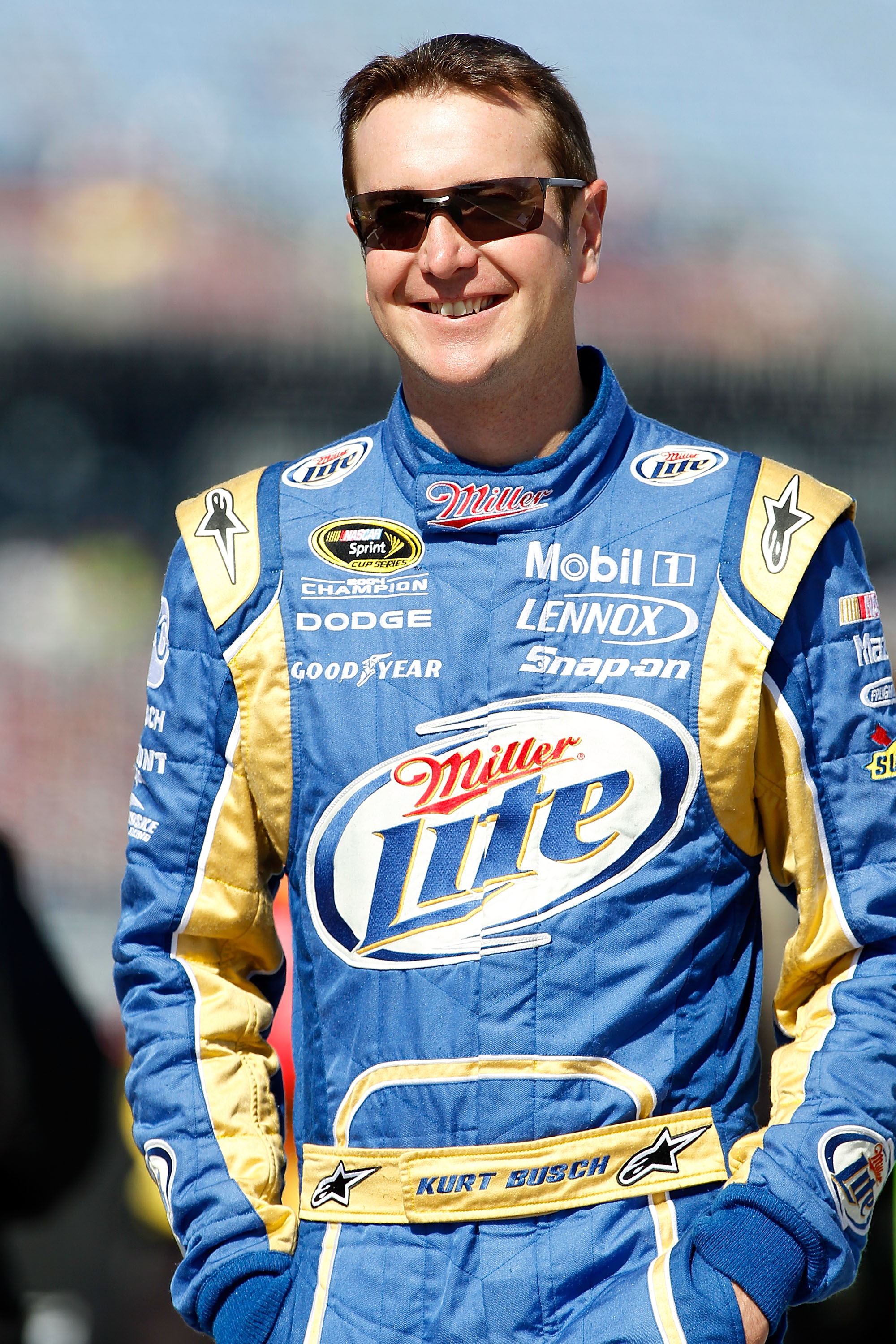 Kurt Busch currently sits in ninth place in the points standings, well back of the leaders, but he comes to a track where he finished fourth at in April.

Busch's championship aspirations are now gone, but this race is a chance for him to end his season on a solid note.

Busch has really struggled lately with three finishes outside of the top 20 in his last four races, and he would like to turn things around in the season's last three races, starting with Texas. 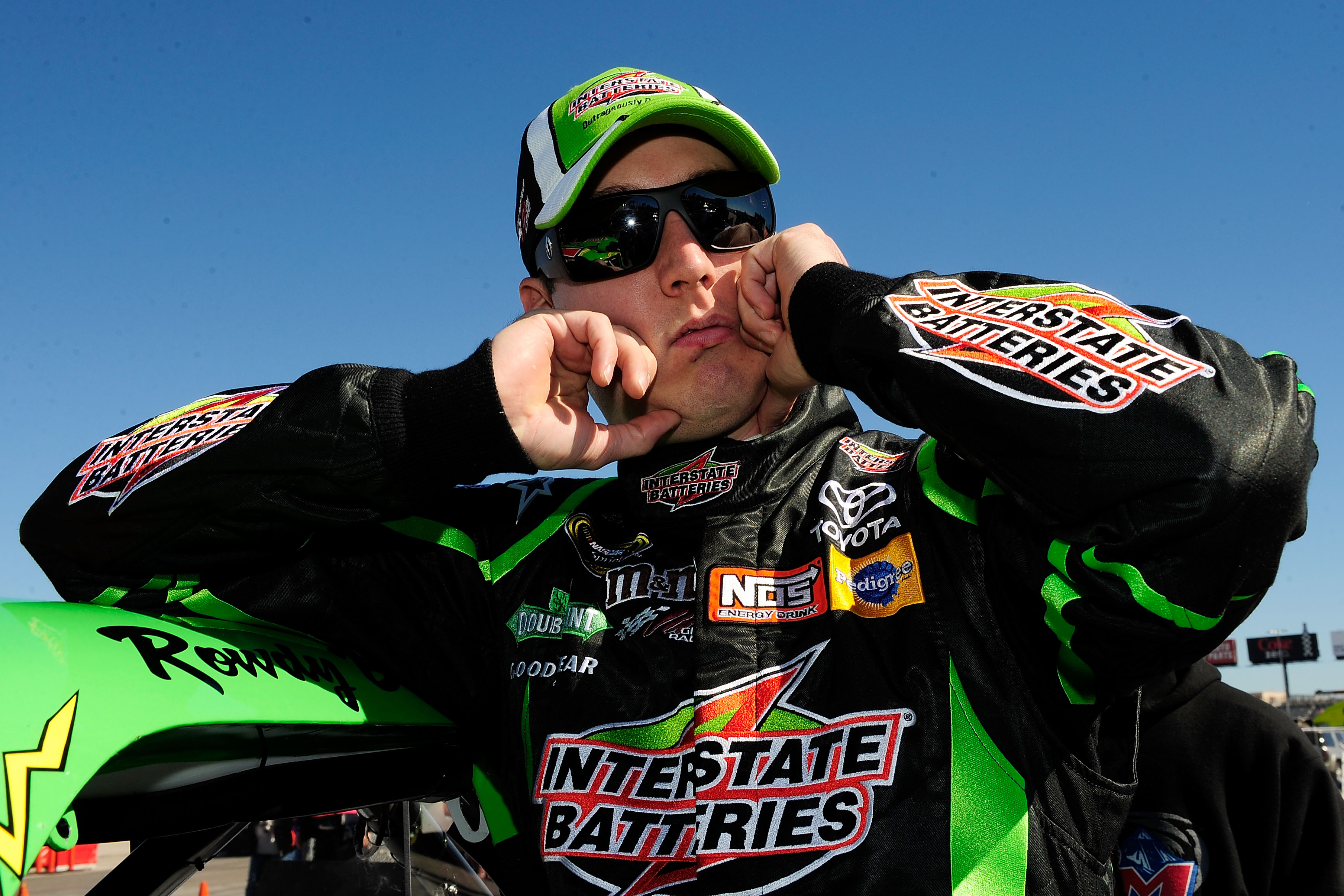 Kyle is four spots ahead of his brother in the points standings, and he is coming off a disappointing 25th-place finish at Talladega.

Texas hasn't been as kind to Kyle as it has been to Kurt, but he did finish third at the track in April and has been generally racing well during the Chase, so he should have another productive finish this weekend.

Like his brother, Kyle can use the last three races to build momentum for next season, and a strong finish this weekend would be big for Busch. 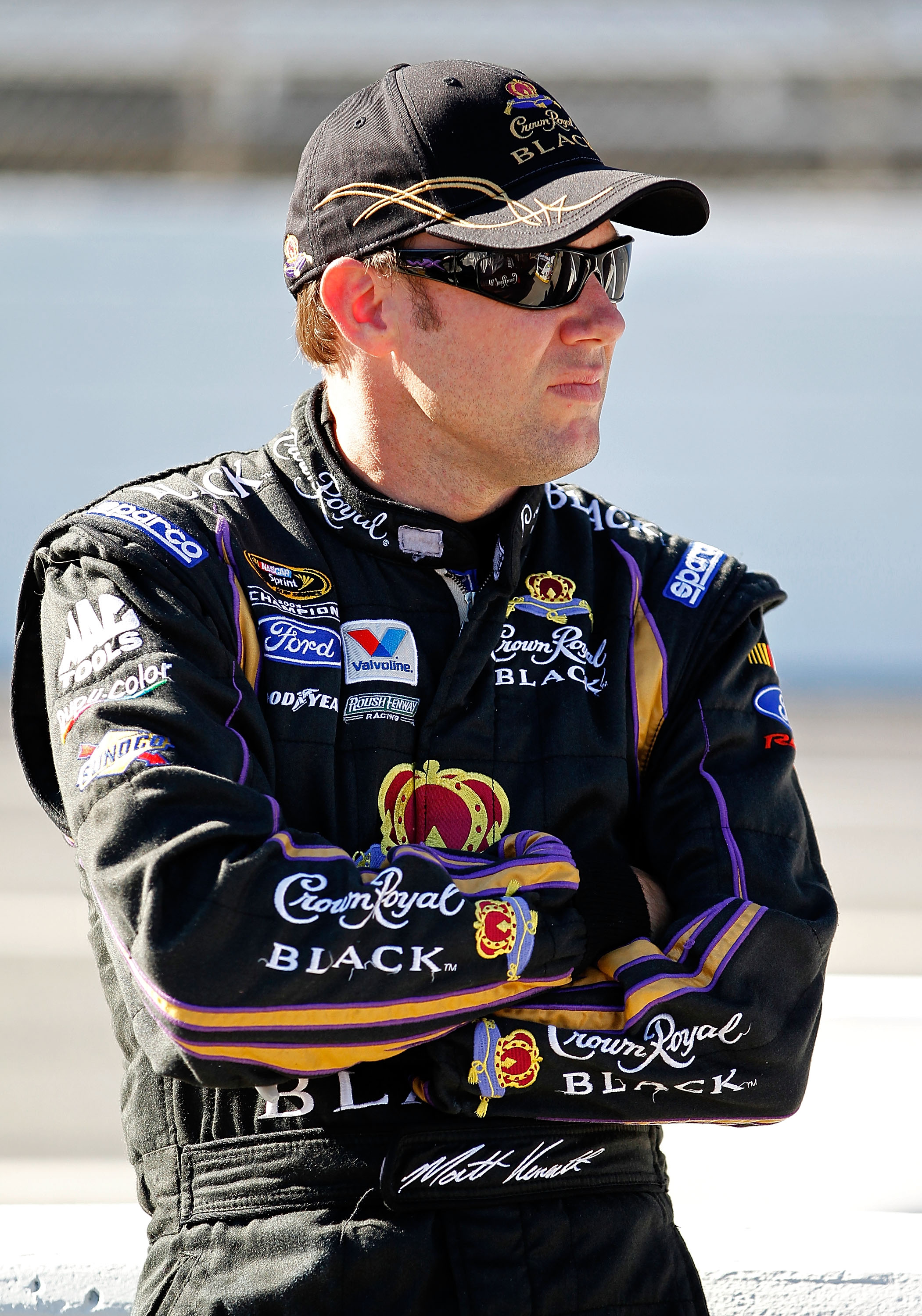 Kenseth hasn't had a very good Chase, but Texas is a track that he has thrived at in the past, so he has a shot to turn things around this weekend.

The No. 17 finished 20th earlier this season at the track, but he had two top five finishes there last year.

While Kenseth isn't as strong of a contender to win this week as some of the other guys on this list, a top 10 finish is definitely not out of the question. 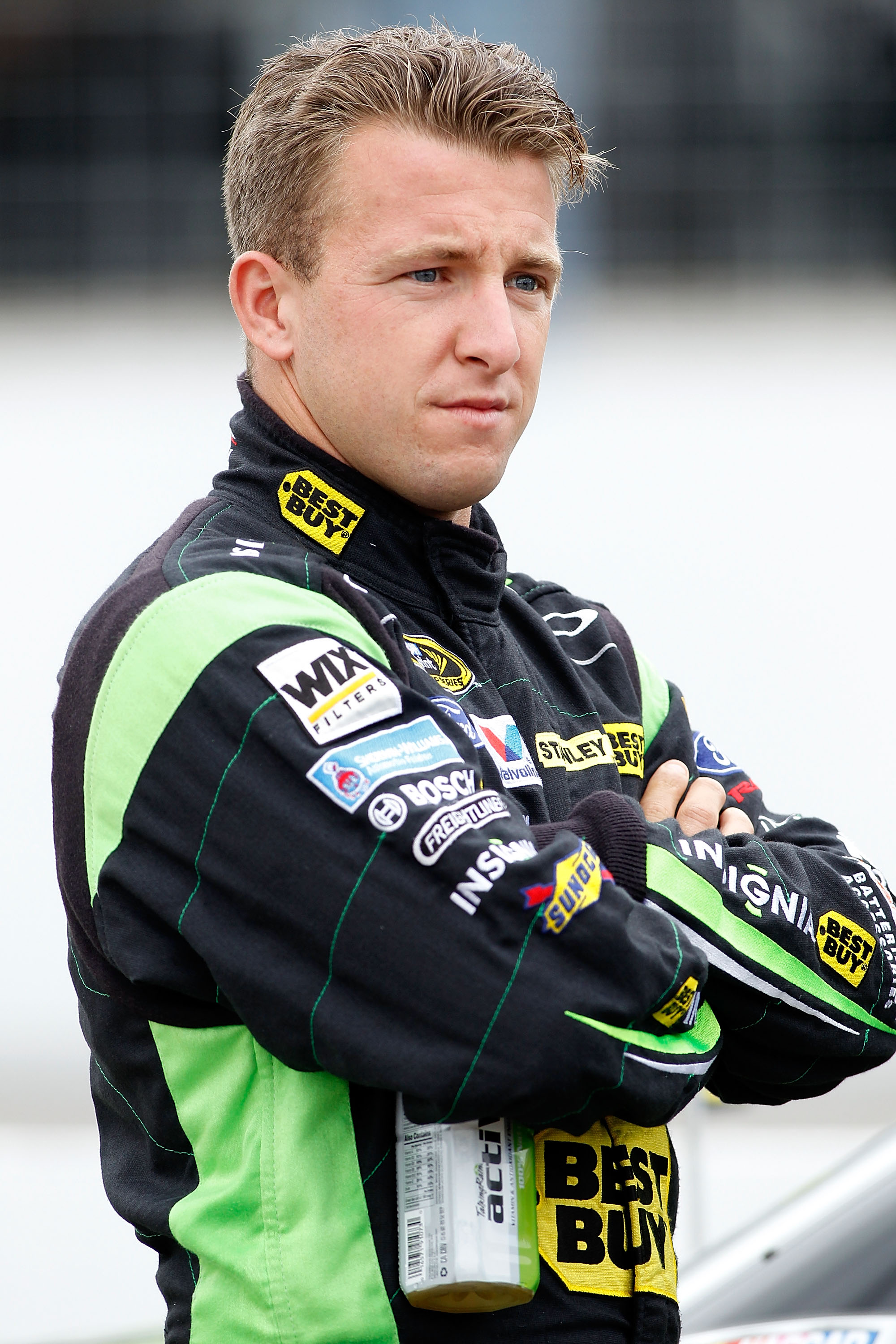 Allmendinger struggled to a 32nd-place finish last week at Talladega, but he has actually raced fairly well as of late, and he has fared well at Texas in the past too.

The No. 43 has five top 12 finishes in his last eight races, and he finished 13th earlier this year at Texas.

While a top five finish is not likely, Allmendinger did finish in 10th here last season, so that result isn't out of the question again this year. 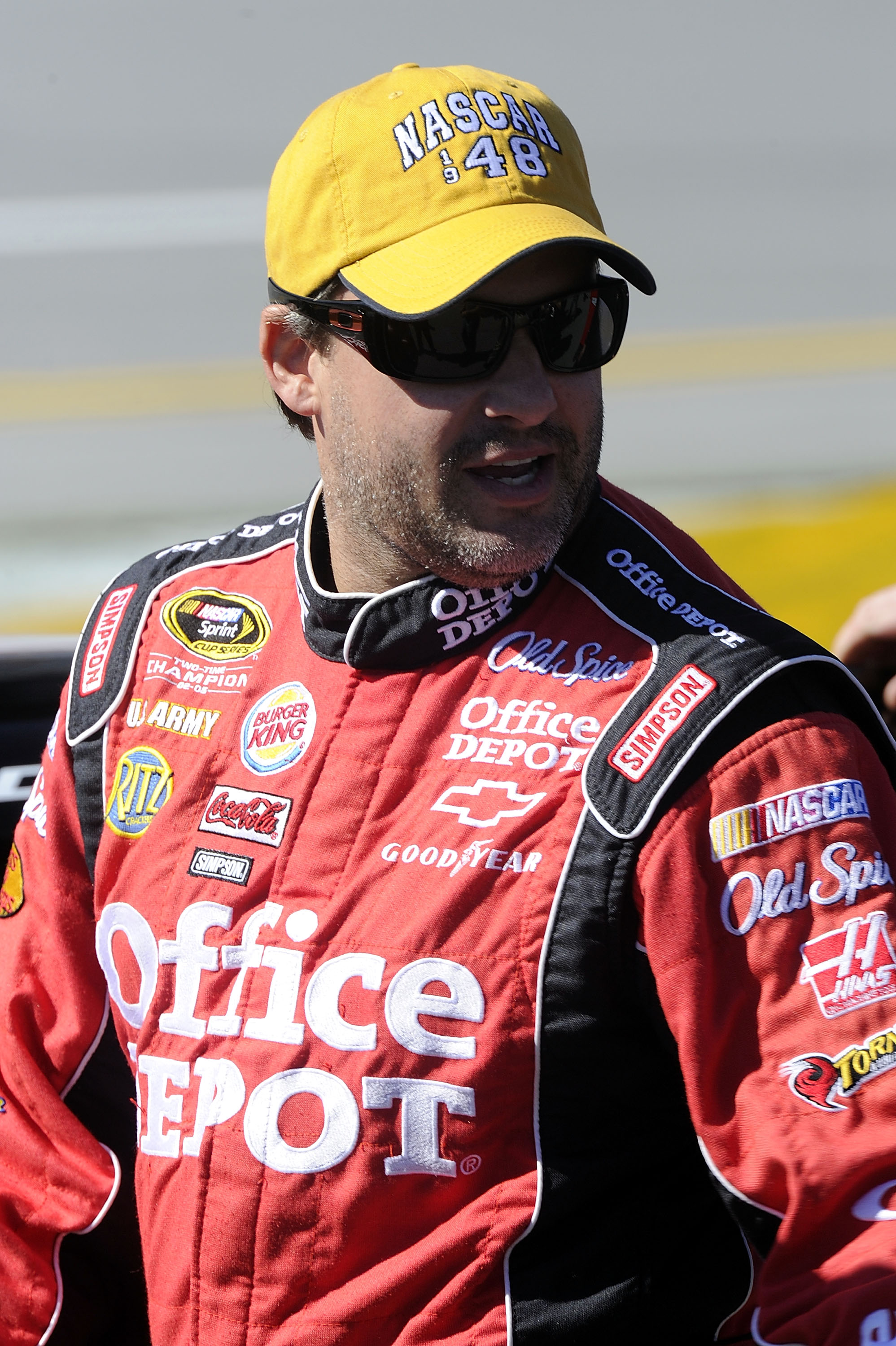 Stewart has been bad the last three races after winning at California, and he could really use a strong finish this weekend to get things going in the right direction again.

After winning the pole in April at the track, Stewart had a disappointing finish of 32nd place. This time should be better for the No. 14, as he had been coming off two top six finishes prior to April's race.

Stewart is too good of a driver to stay in a rut for very long, so you should expect a top 10 finish from him this weekend at a track where he has had some success.