Lance Armstrong: 10 Reasons He'll Always Be Bulletproof When It Comes to Doping 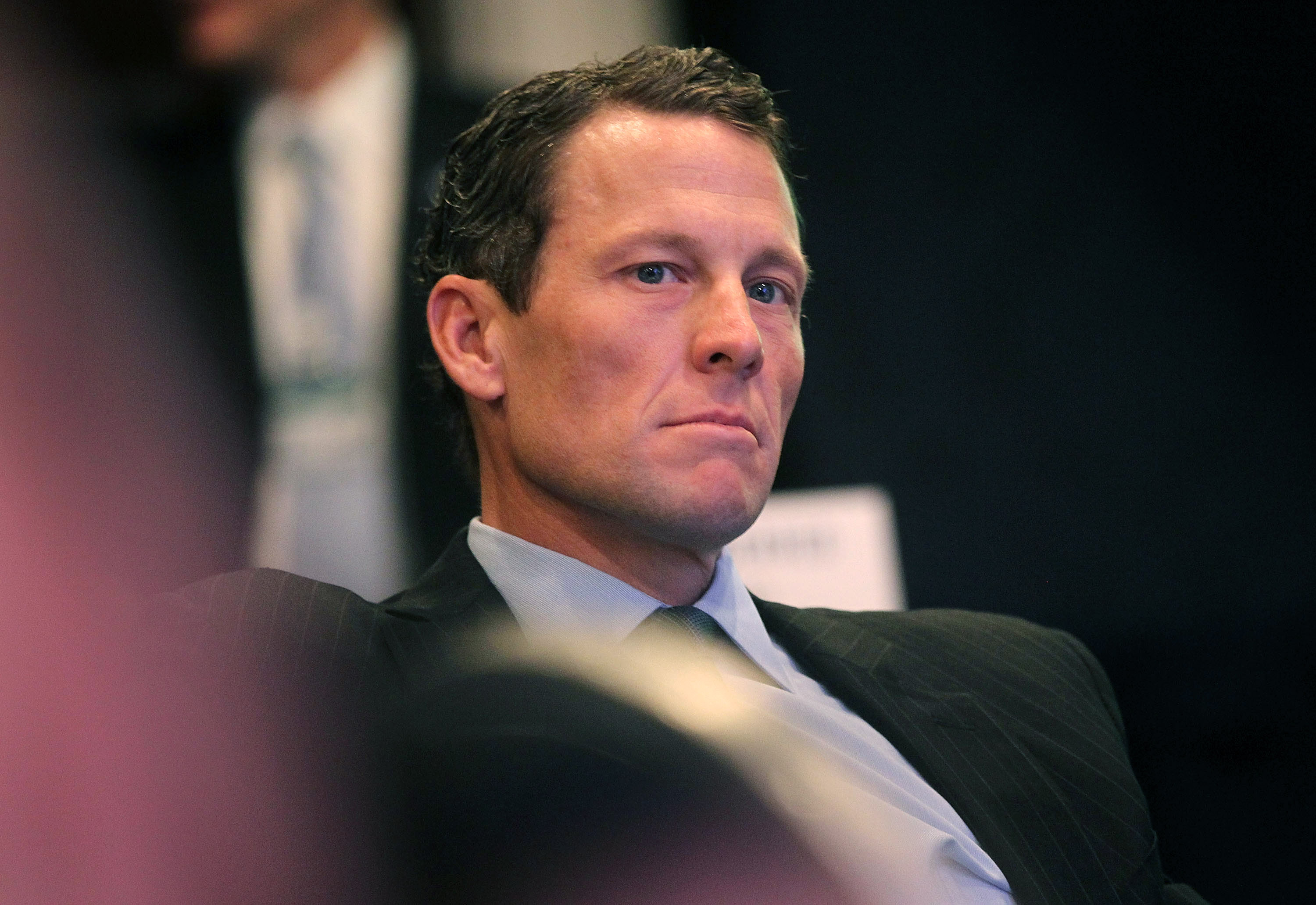 Never has an athlete been so close to yet still avoided public scandal like the 39-year-old cyclist.

He really personifies that old childhood saying: "I'm rubber. You're glue. Whatever you say bounces off me and sticks to you."

Armstrong has been bombarded with accusations of doping for as long as he's been in the sport. But he continues to avoid the same type of scrutiny that other athletes like Roger Clemens and Barry Bonds could never get away from.

His legacy is still squeaky clean despite those who make allegations against him. Why?

Well, let's take a look at the top 10 reasons why Lance Armstrong will always be bulletproof when it comes to doping. 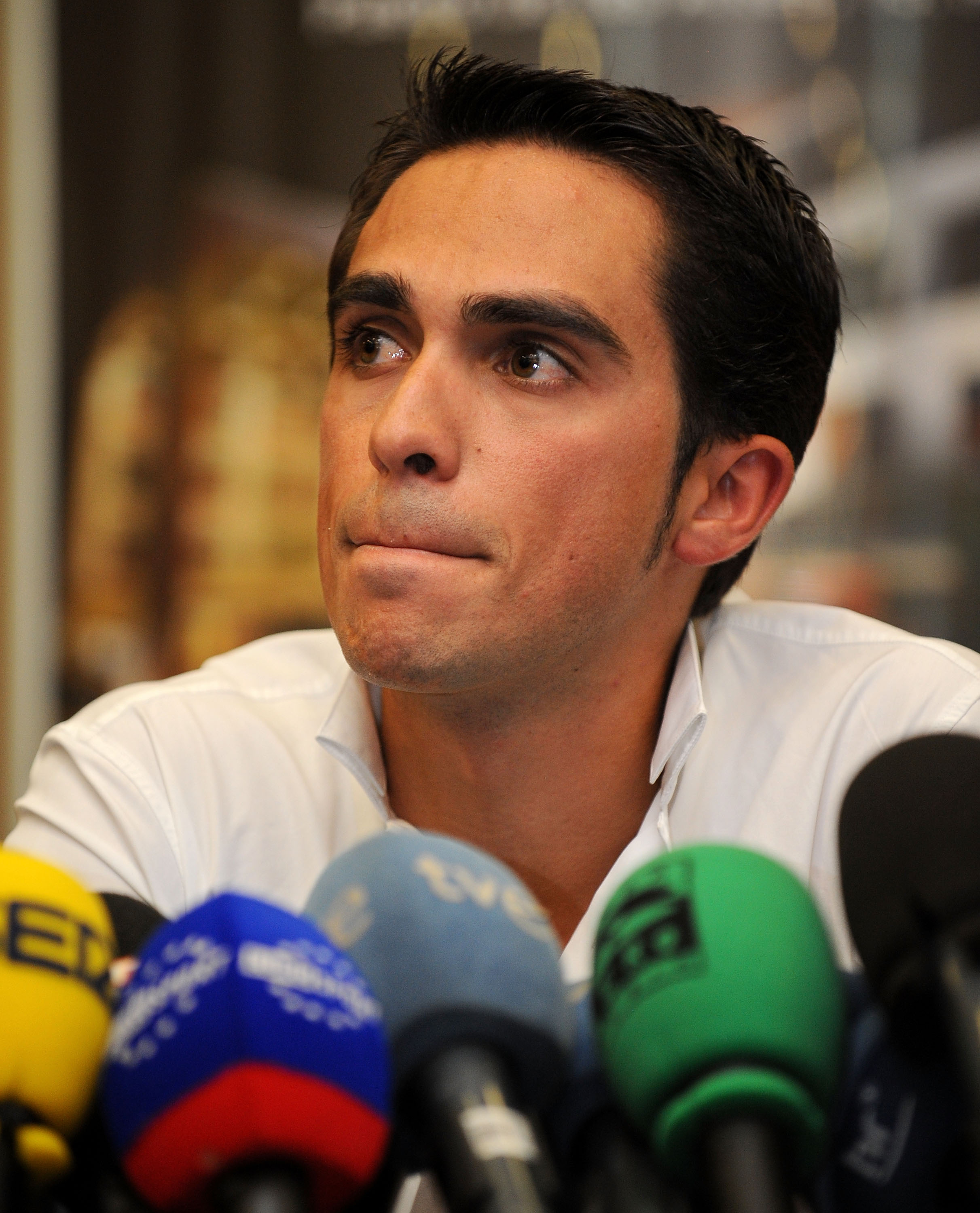 Nearly every accomplished cyclist has been accused of using performance-enhancing drugs, but there's one thing that separates Lance Armstrong from Floyd Landis and Alberto Contador: proof.

Landis and Contador both failed drug tests for performance enhancers. That isn't the case with Armstrong.

He's been called the "most tested athlete on the planet." Yet he's passed them all.

You aren't going to find a positive drug test on Armstrong, no matter how many times Landis claims you'd be able to.

9. He Divorced His Wife for Sheryl Crow 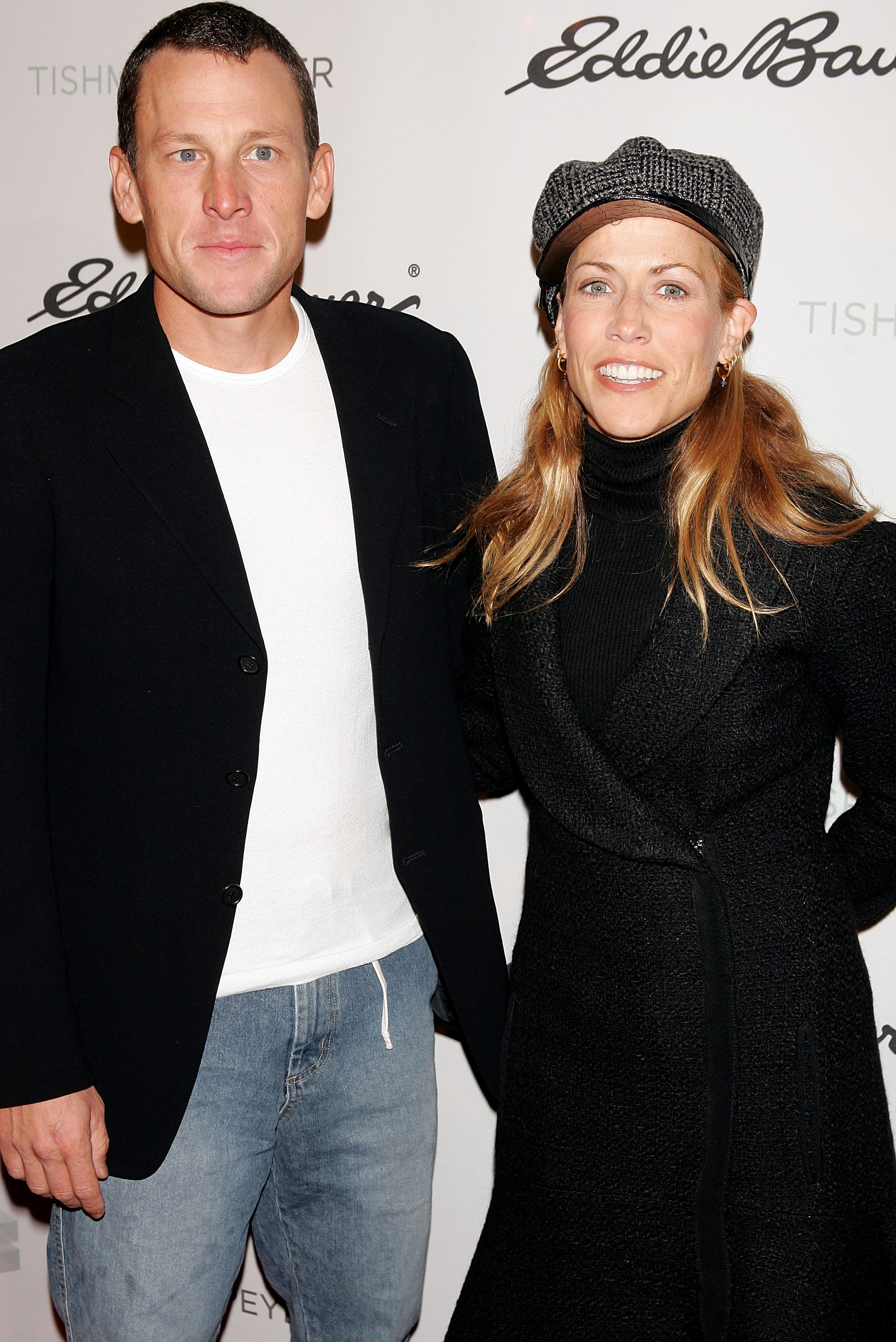 Not that divorce isn't a common thing, but the guy divorced his wife, who stuck with him through the most difficult time of his life (the cancer treatment), for a D-list pop singer.

Somehow, his public image took absolutely no hit from this. The guy is invincible. 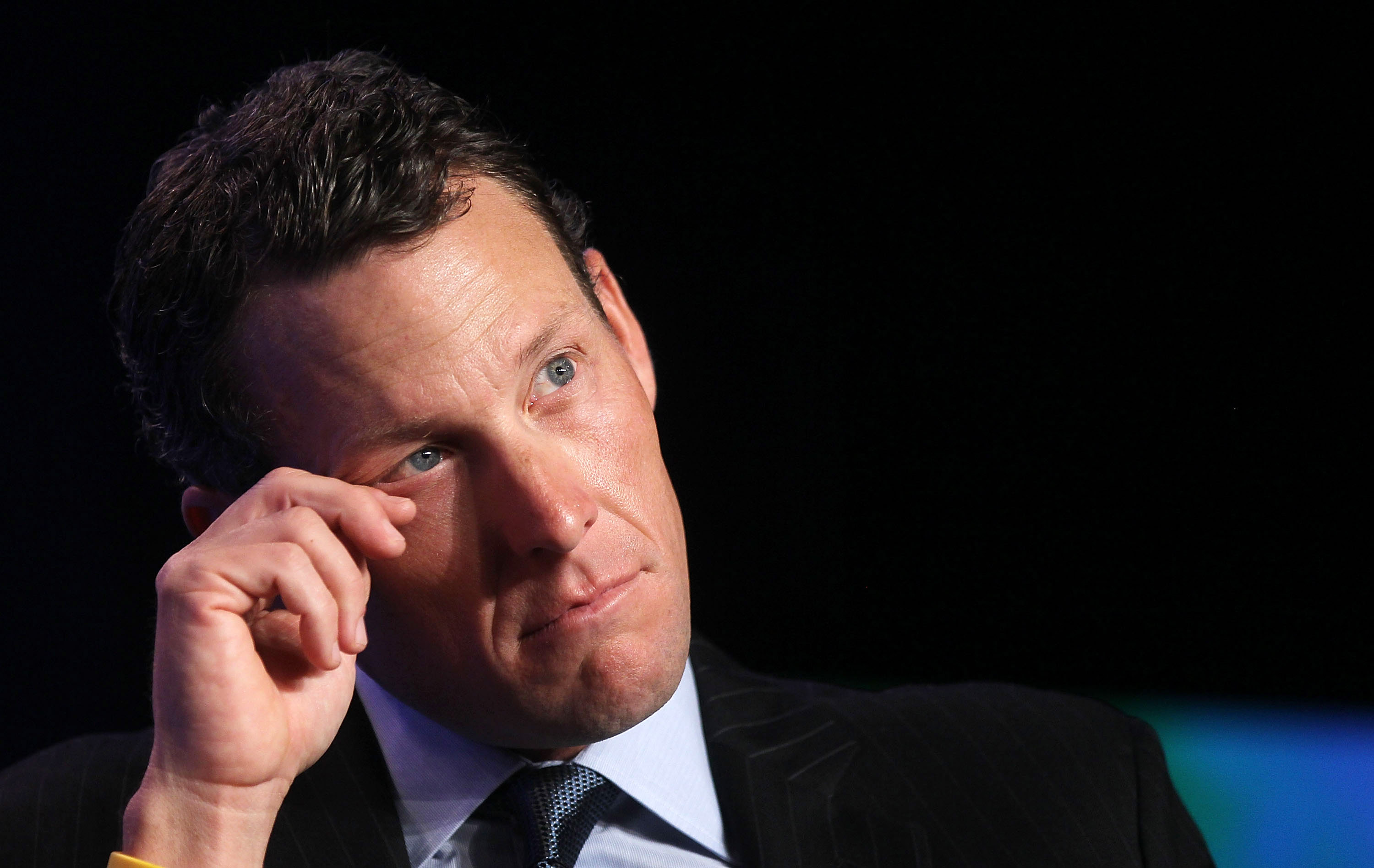 Anybody who has had cancer, or been close to someone who has, knows that there are points in time when you simply feel like giving up.

The only thing that matters is stopping the excruciating pain that affects you day in and day out for months, years or even a lifetime.

Lance Armstrong's testicular cancer spread to his lungs, abdomen and brain, which caused him to undergo intense surgery and chemotherapy treatments. 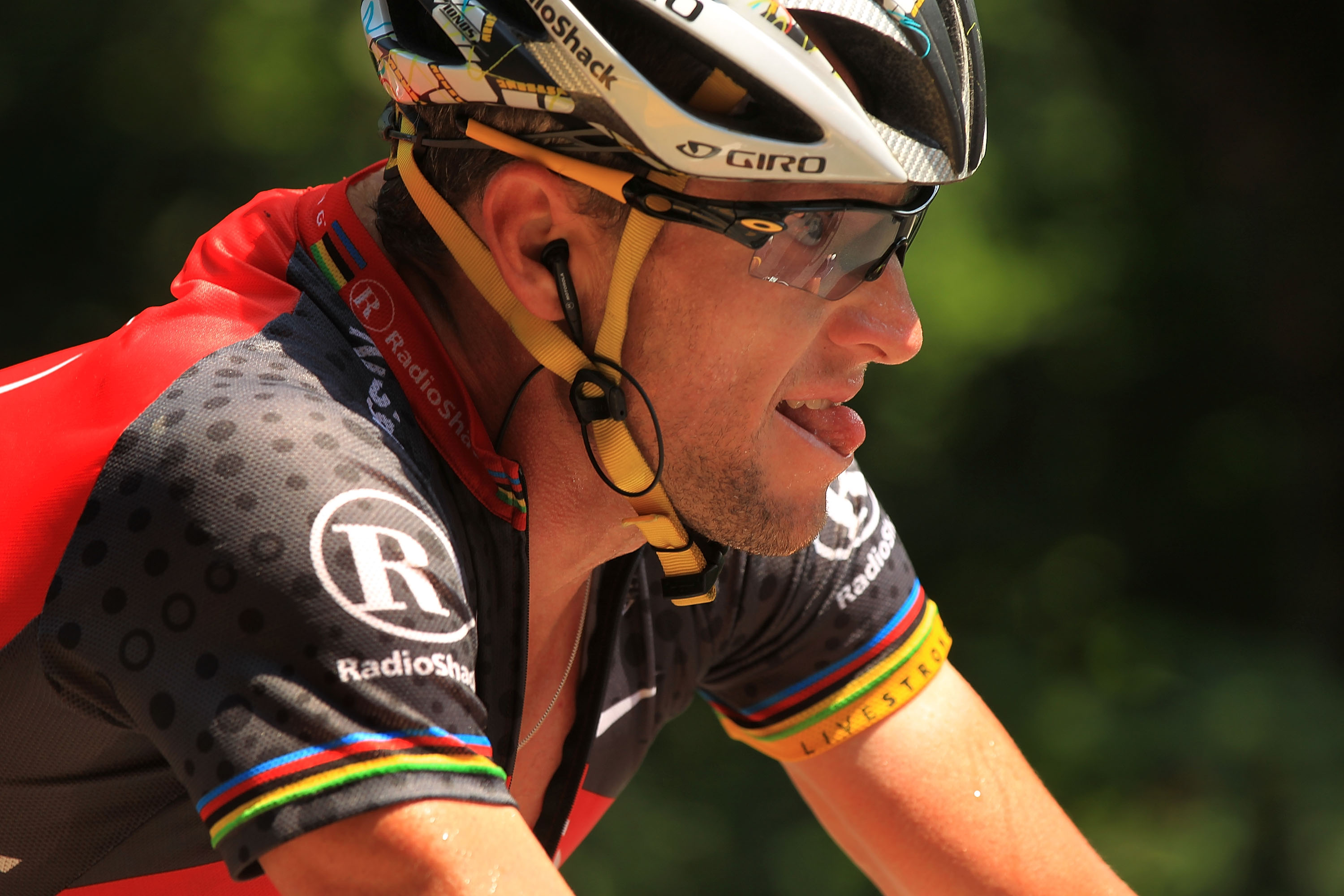 Maybe it's the blue spandex outfit he sometimes wore, but Lance Armstrong has superhuman tendencies.

The Tour de France has often been called the most grueling event in sports, but Armstrong managed to win the event seven consecutive times. When it looked like Armstrong would fail, he would pull a terrific burst of energy out of nowhere to win the race again.

He simply baffled the mind when he overcame both mental and physical obstacles that the average person wouldn't be able to.

Hundreds of miles of a grueling trek can't take him down. Why would a doping scandal be able to?

6. No One Cared About Cycling Until Lance Came Along 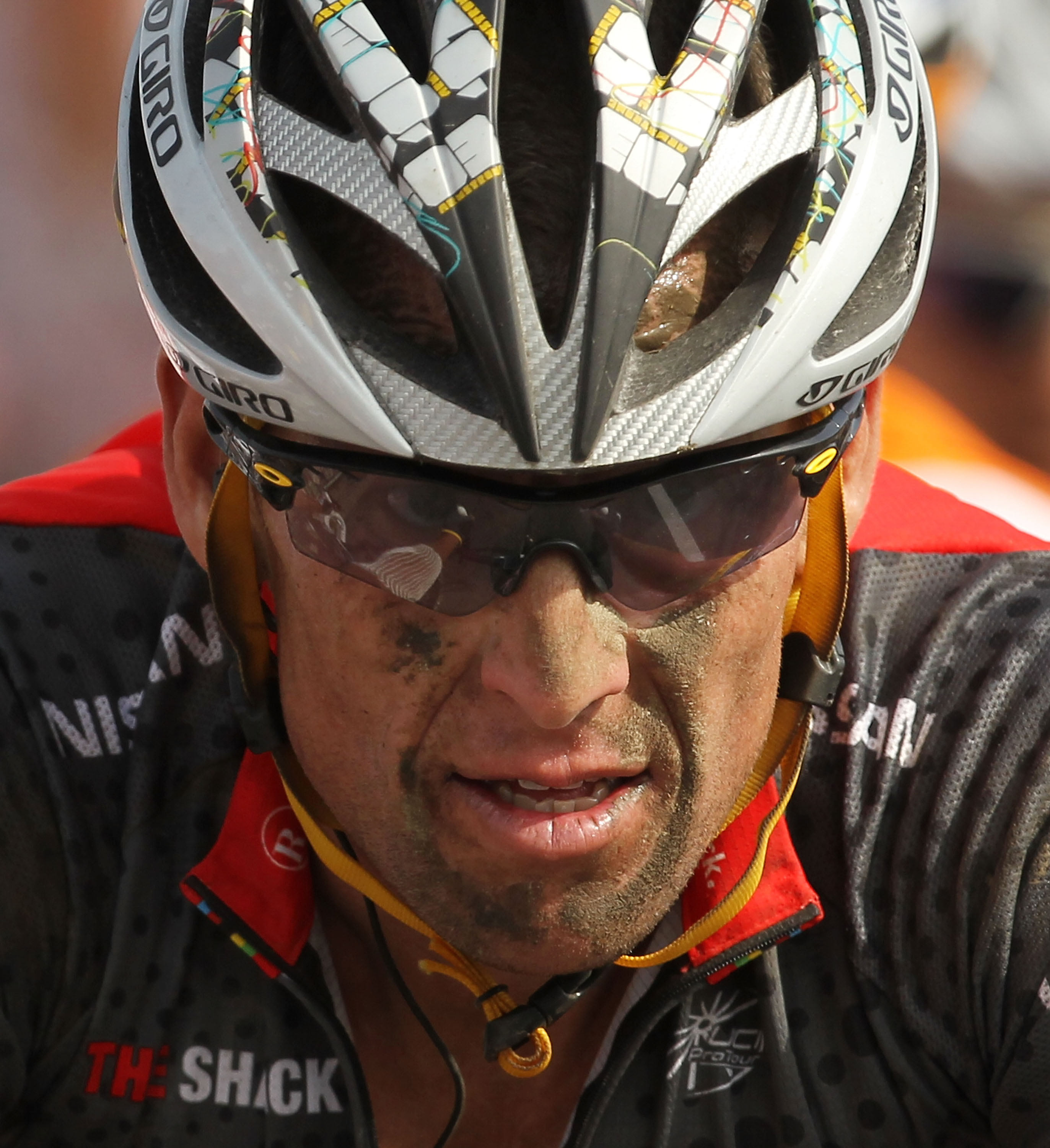 How many people actually cared about cycling before Lance Armstrong came along?

I'd guess cycling's popularity was somewhere below that of the MLS until Armstrong gave the country a reason to care about the sport.

With Armstrong's inspiring story, people in the country who weren't cycling fans now had a legitimate interest in the Tour de France and the sport of cycling in general.

5. He Still Competes Even Though He Doesn't Need to 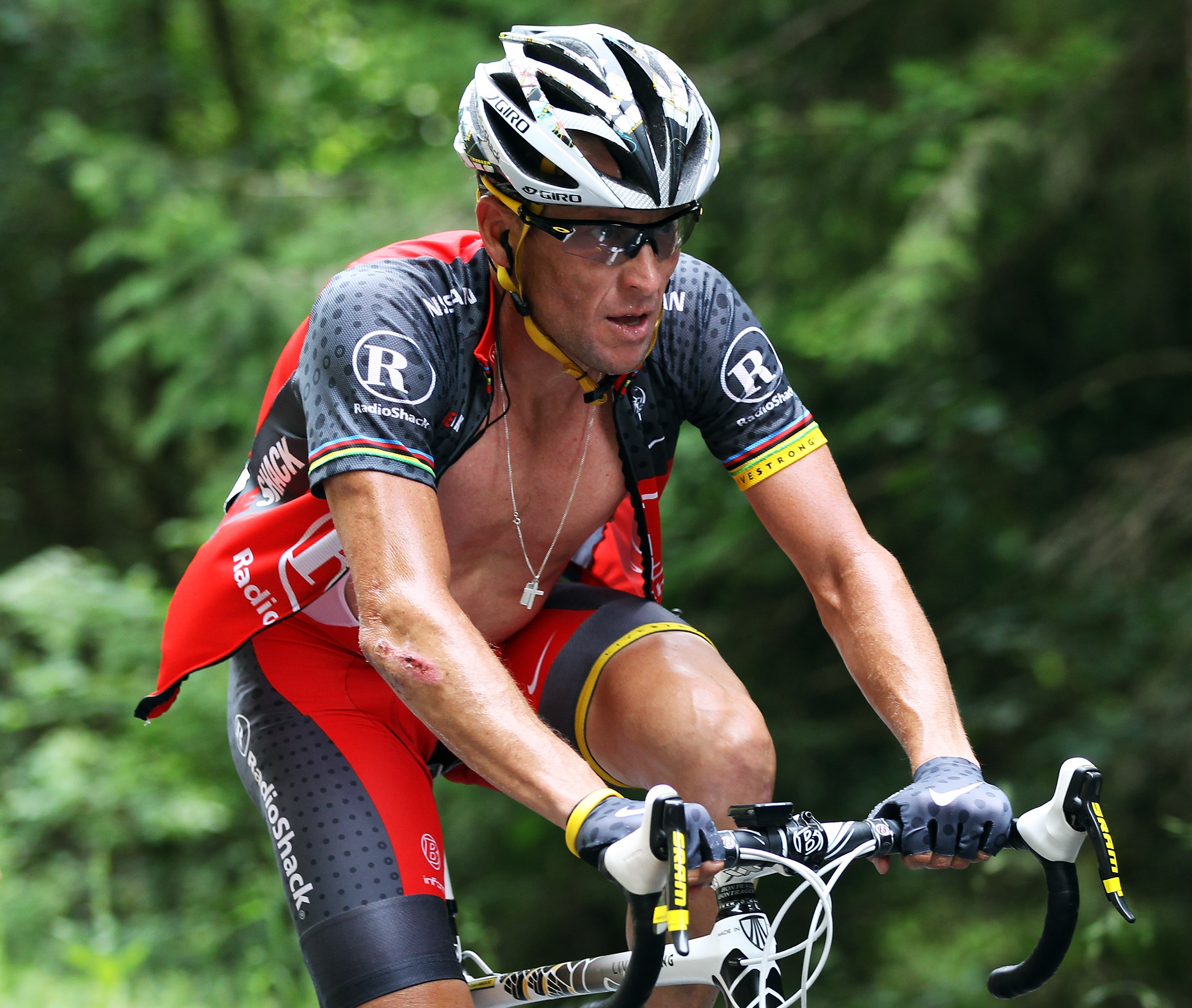 Lance Armstrong has absolutely nothing left to prove in the sport of cycling.

He's done it all, he's the best there's ever been, and that isn't going to change anytime soon.

But Armstrong continues to participate in the sport to increase global awareness about the fight against cancer.

He could probably spend every day for the rest of his life doing whatever he wants, but he chooses to put his body through agony in order to help others.

4. He Raced for Free 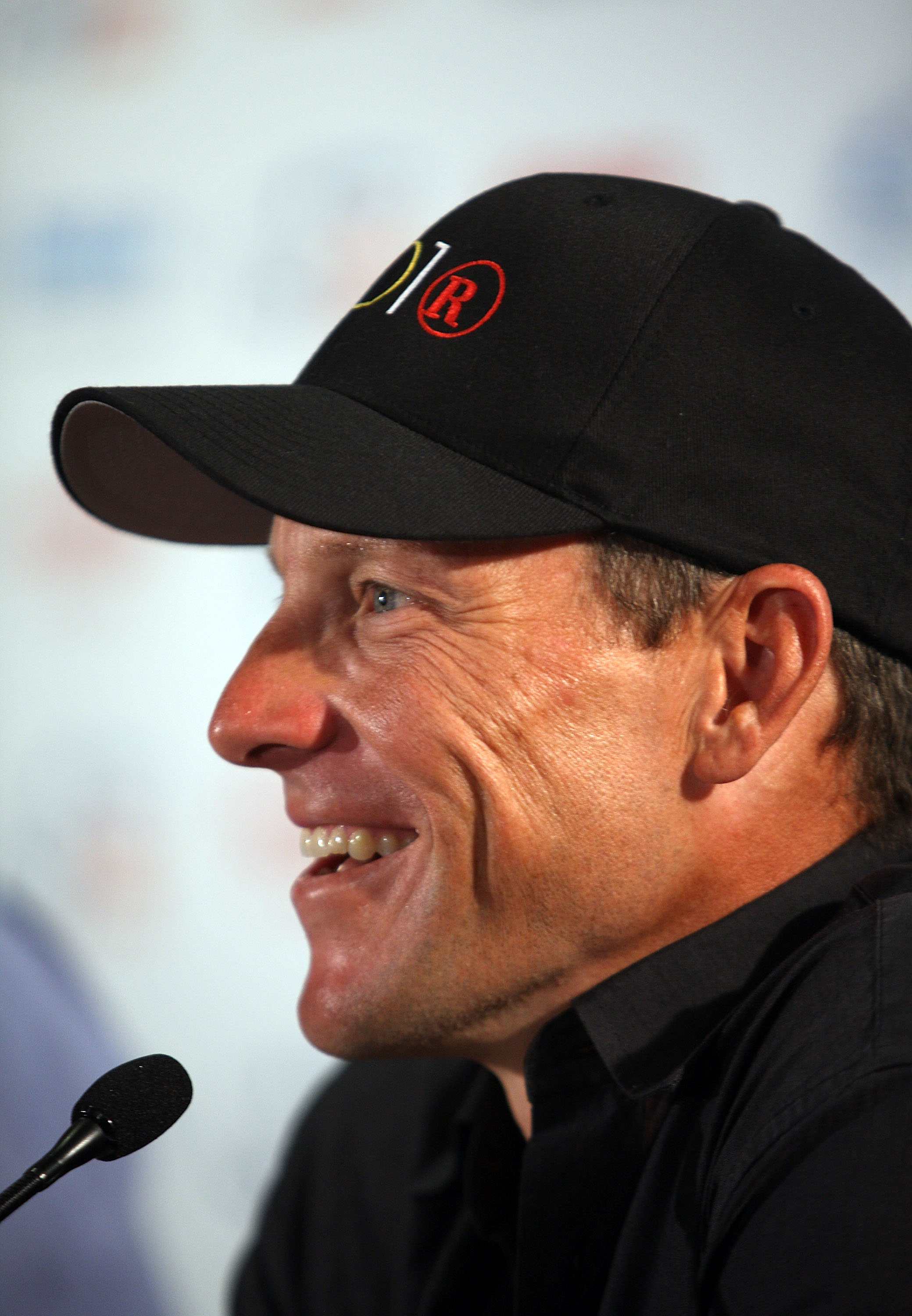 When Armstrong announced he was coming out of retirement in 2008, it was revealed that Armstrong would not receive a salary or any bonus money.

Sure, it's not like he needed the money whatsoever, but it's still a nice gesture in a world filled with plenty of greedy athletes.

Somethings tells me that we wouldn't see Tiger Woods play in the Masters for free. 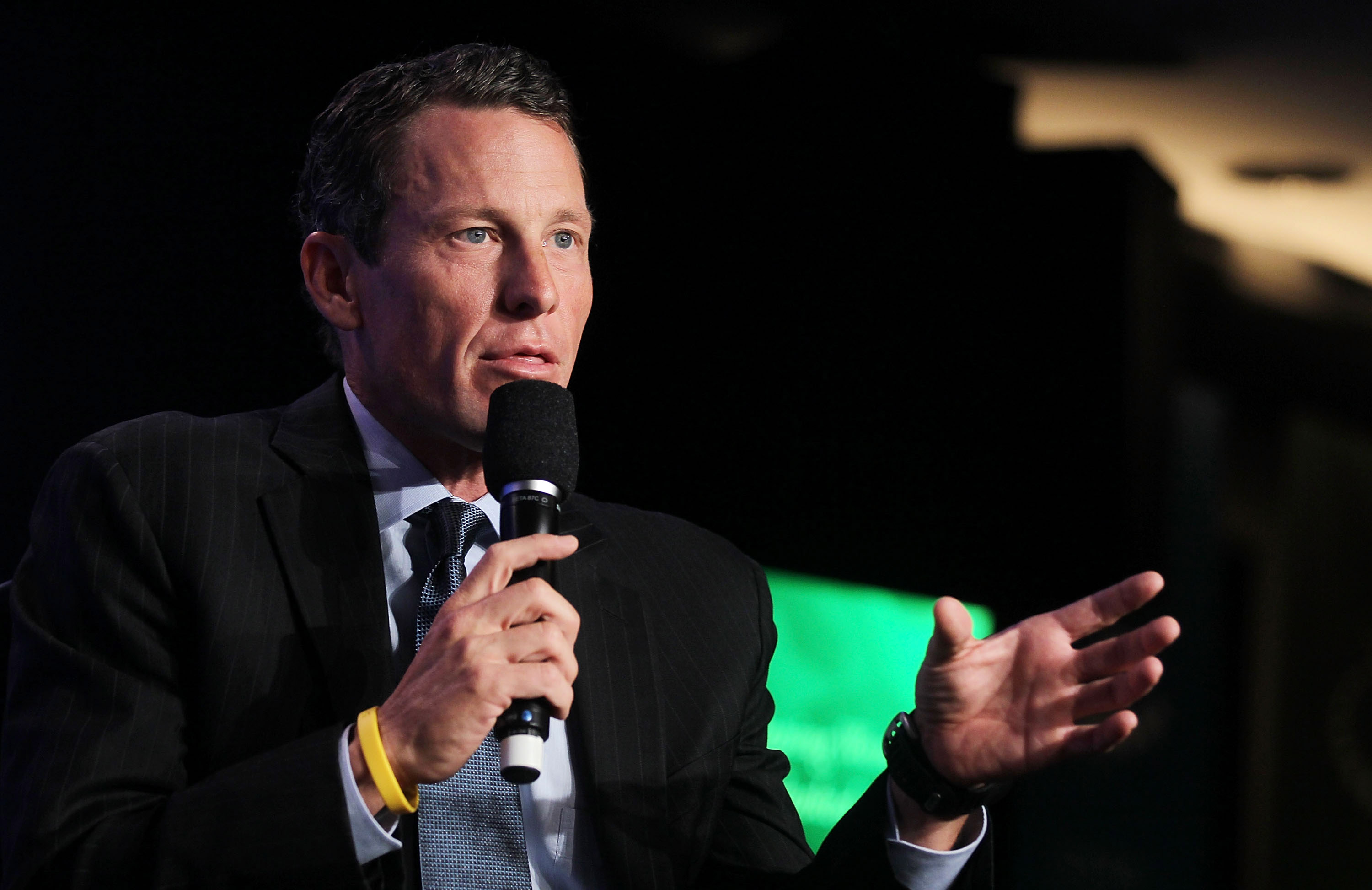 Livestrong bracelets have stuck around far longer than I think anyone ever thought they would.

Of course, you could argue that the message behind them has been lost and that the bracelets are now nothing more a than brightly-colored fashion statement.

Still, the bracelets have generated an incredible amount of money, and the Lance Armstrong Foundation—which sold the bracelets—has become one of the top 10 organizations funding cancer research in the U.S.

2. He Was the Best in the World 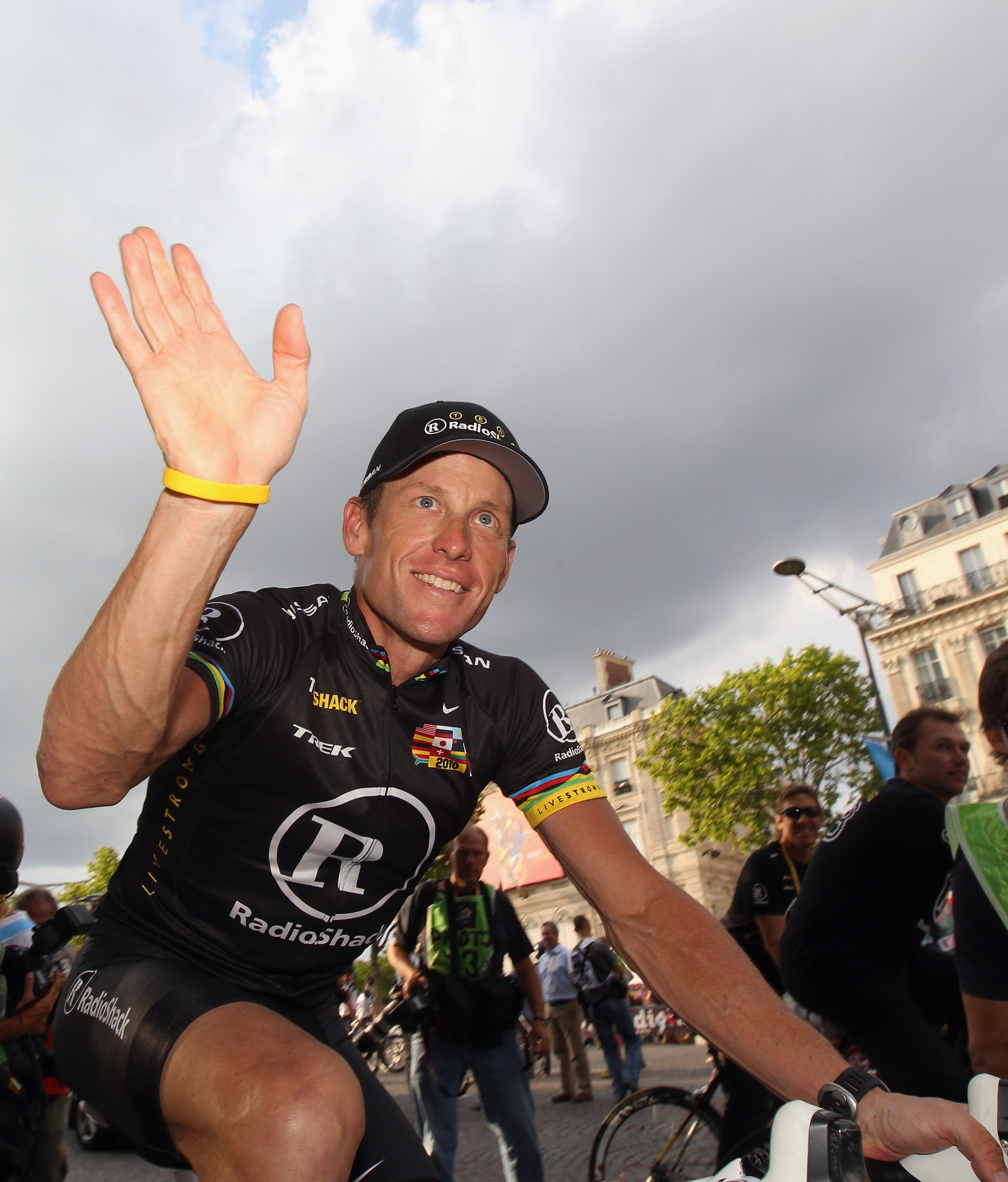 The best athletes in the world incite two emotions among sports fans: They're loved or they're hated.

There's almost no in-between on this. The greatest athletes—like Tiger Woods or LeBron James recently—are either drowned in boos or showered with cheers.

But even if there's 25 million people who can't stand Lance Armstrong, there will be 25 million more who love him.

This is America. We love winners—and Armstrong obviously has done plenty of that. 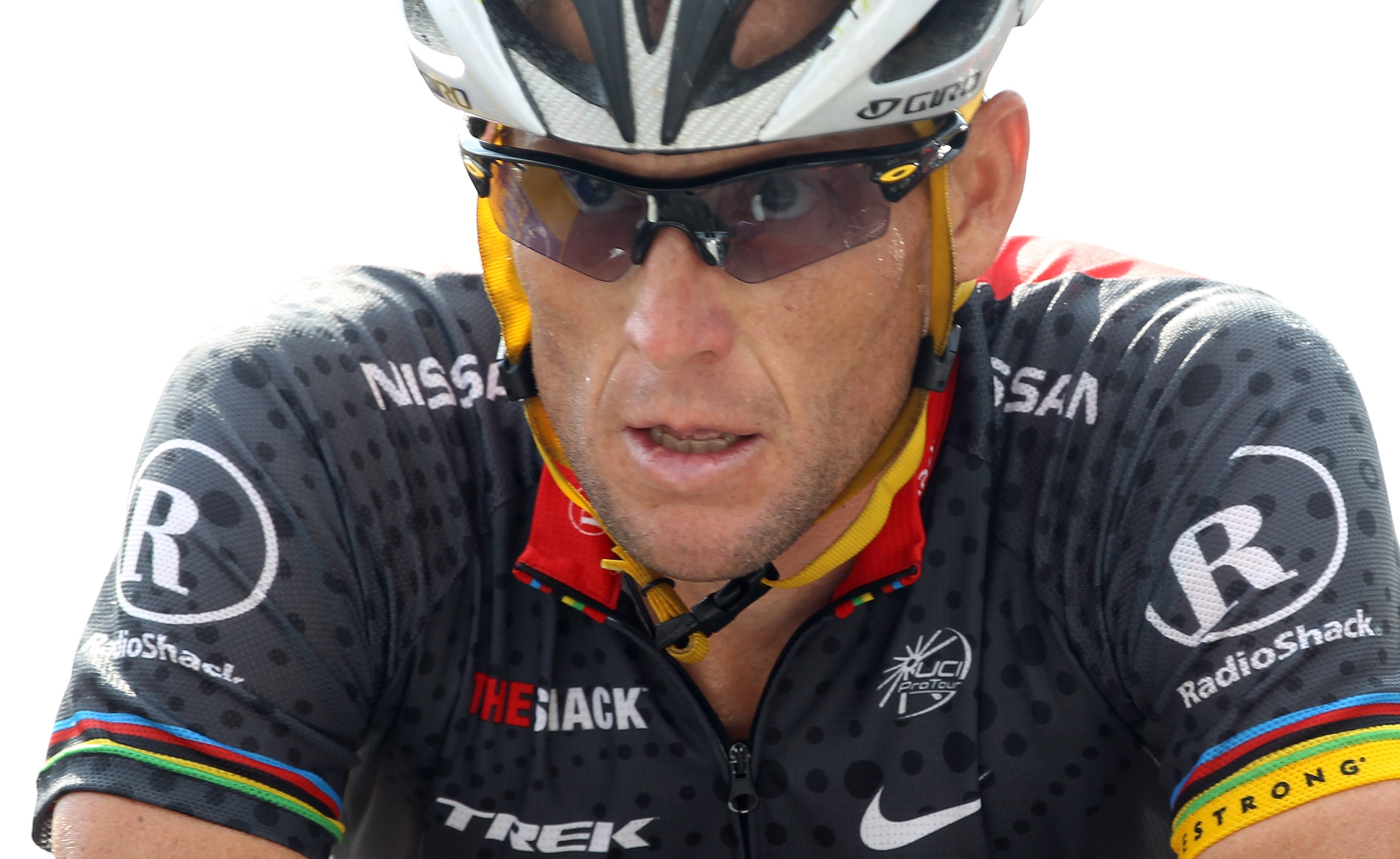 If there's one thing—besides winning—that people love about sports, it's a good story.

Lance Armstrong defines what a good story is. He not only survived cancer, he survived cancer and then went on to win seven straight Tour de France titles.

No one else in the history of the sport has ever done that, but Armstrong did it after battling back from a deadly illness.

He gets mad props for that.