EPL Review: Chelsea Will Win the League By Double Digits and Other Predictions 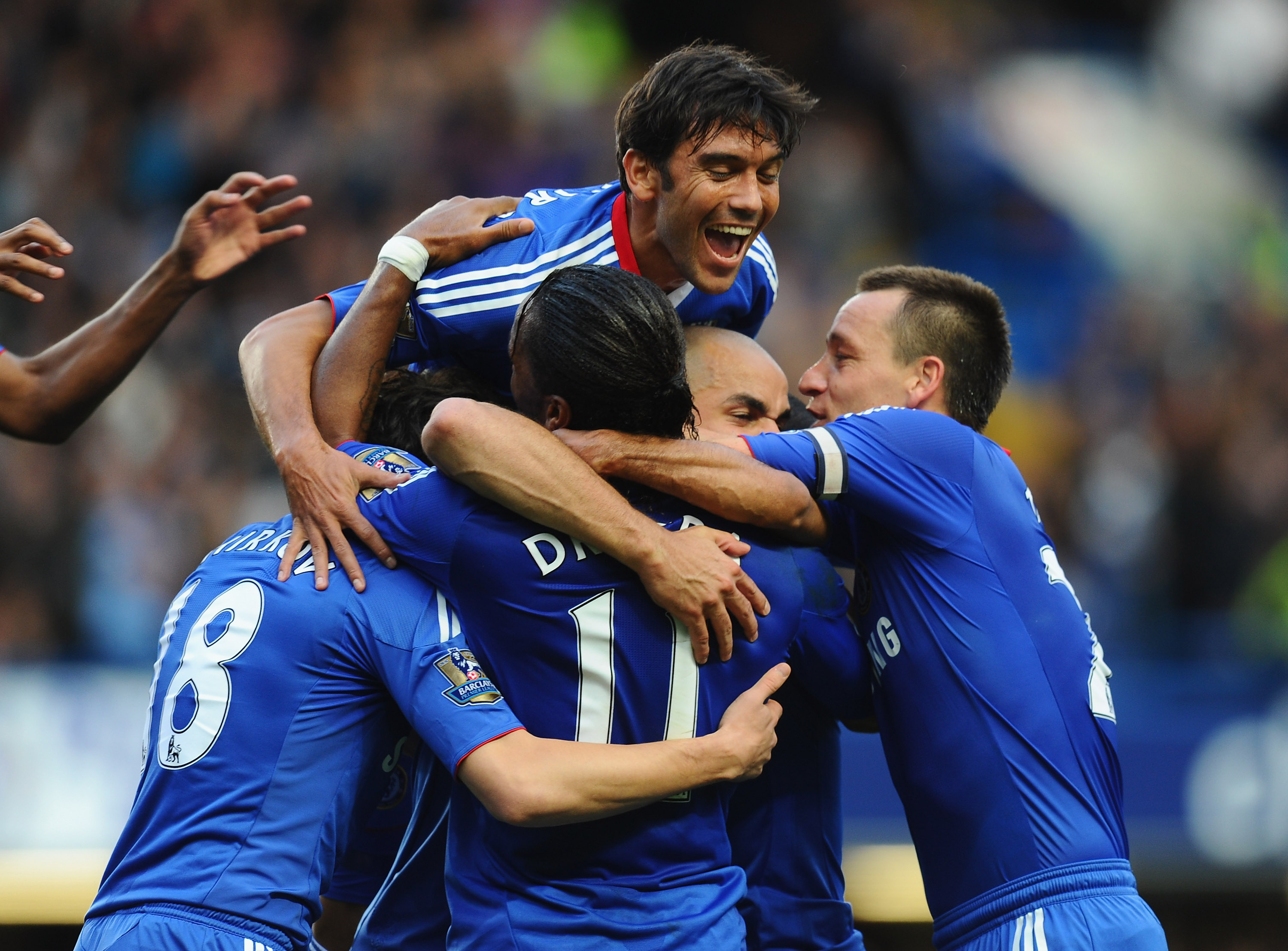 With international break upon us, we have some time to sit back and review the early weeks of what has proven to be an unpredictable season.

The top of the table has more or less followed preseason predictions with City, United, and Arsenal nipping at the heels of front-runner Chelsea.  Missing, however, is Liverpool who don't even find themselves in the top half.

Other surprises include newly promoted West Brom., Blackpool, and Newcastle making names for themselves while Everton and Birmingham have not been able to replicate last year's strong form.

Drogba and Chelsea Will Win The League By Double Digits 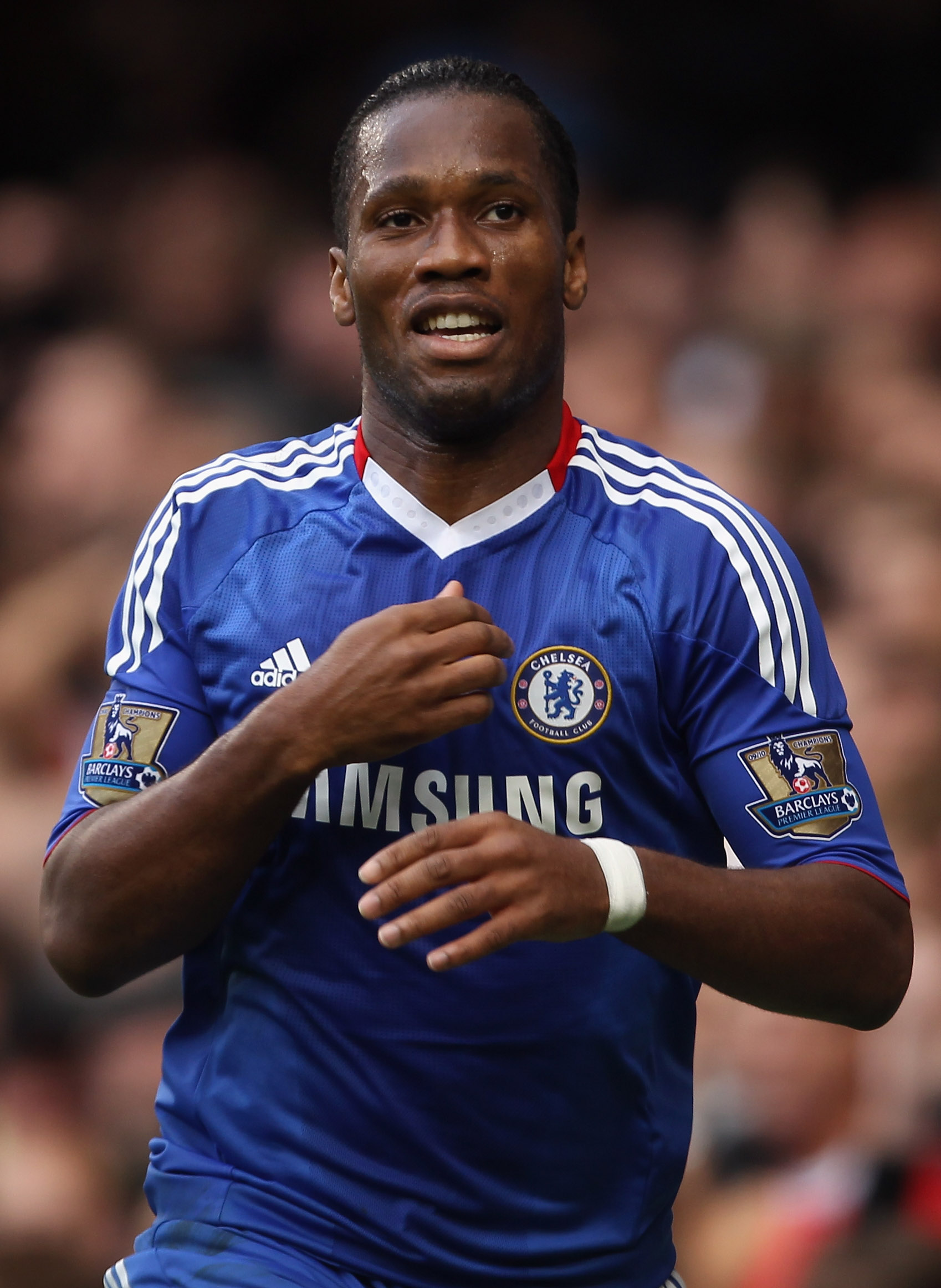 Chelsea has impressed beyond expectations thus far.  With 23 goals for and only 2 against, Chelsea has dominated opponents on a level unpredicted by even the luckiest of guesses. With only one blemish on their record thanks to Manchester City, Chelsea look prone to continue dominating the rest of the field.

Given the recent struggles of perennial powerhouse Manchester United, it looks as if no one will find themselves even close to Chelsea at the end of the season.  Manchester City looks to be the most dangerous on paper, but their failure to capture maximum points from weaker teams will prove costly in the end.

As we have seen in the early parts of the season, Didier Drogba and Chelsea have too much firepower for the rest of the field to keep up.  Look for them to win the league by at least double digits. 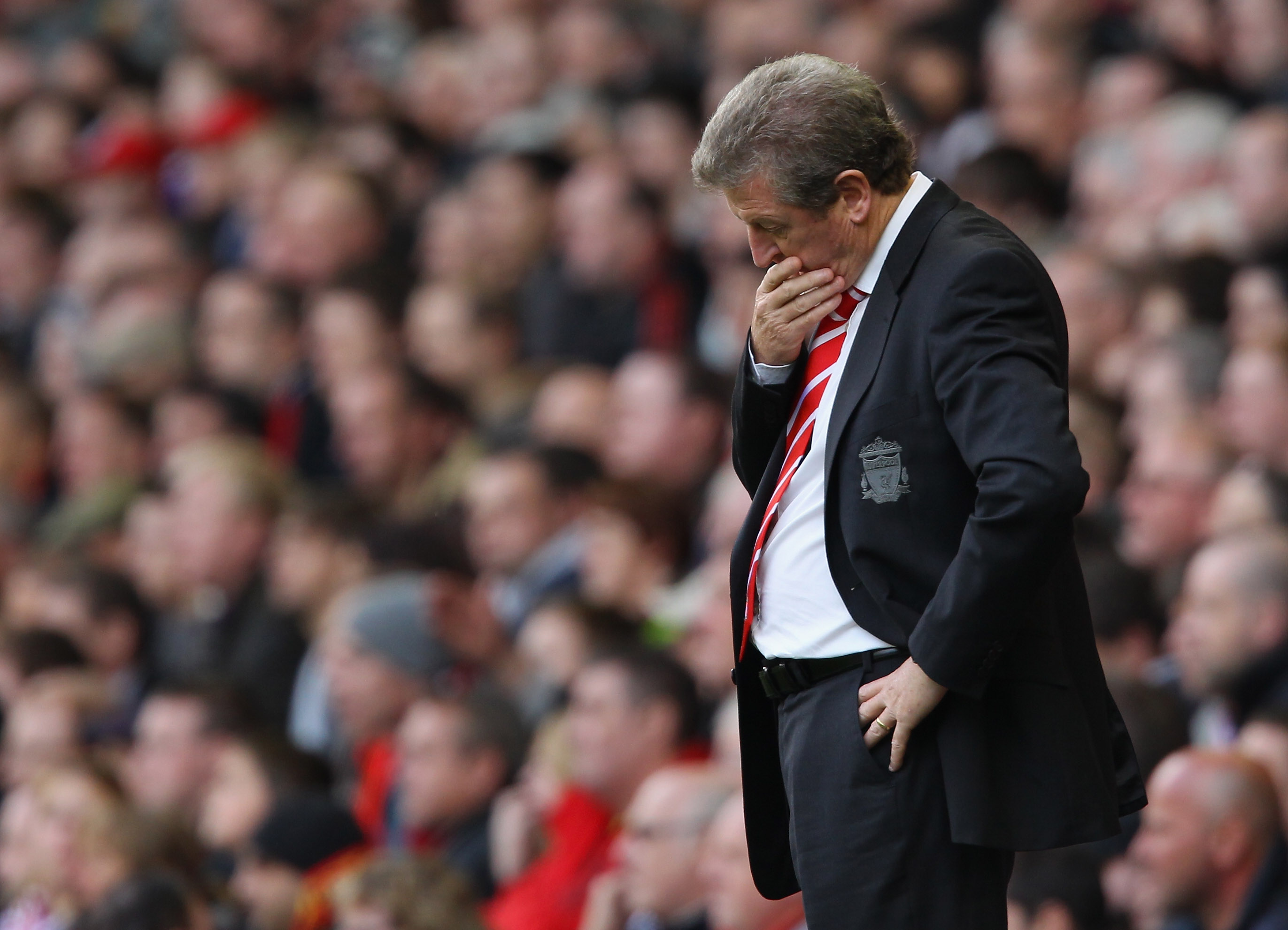 Who would have guessed that Liverpool would have found themselves in the relegation zone after 7 games?  Liverpool could not be happier with the timing of the international break.  Not only will it give them a much needed break from such poor form, but it will allow star striker Fernando Torres to get fit.

Torres suffered a groin injury in last week's defeat to Blackpool.  Torres' fitness will greatly effect the success of Liverpool going forward.  However, Torres is not the only struggling Liverpool star.  New signing Joe Cole has yet to register a point while Dirk Kuyt has managed just a goal and an assist coming off a very impressive World Cup.

Don't expect these players to just turn things around.  It is quite obvious that Liverpool's struggles go way deeper than just a few players not performing.  Maybe it is time for coach Roy Hodgson to turn to his younger talent such as Ryan Babel.  Despite being early in the season, Liverpool is on the brink of panic time, and things are not looking up for the near future. 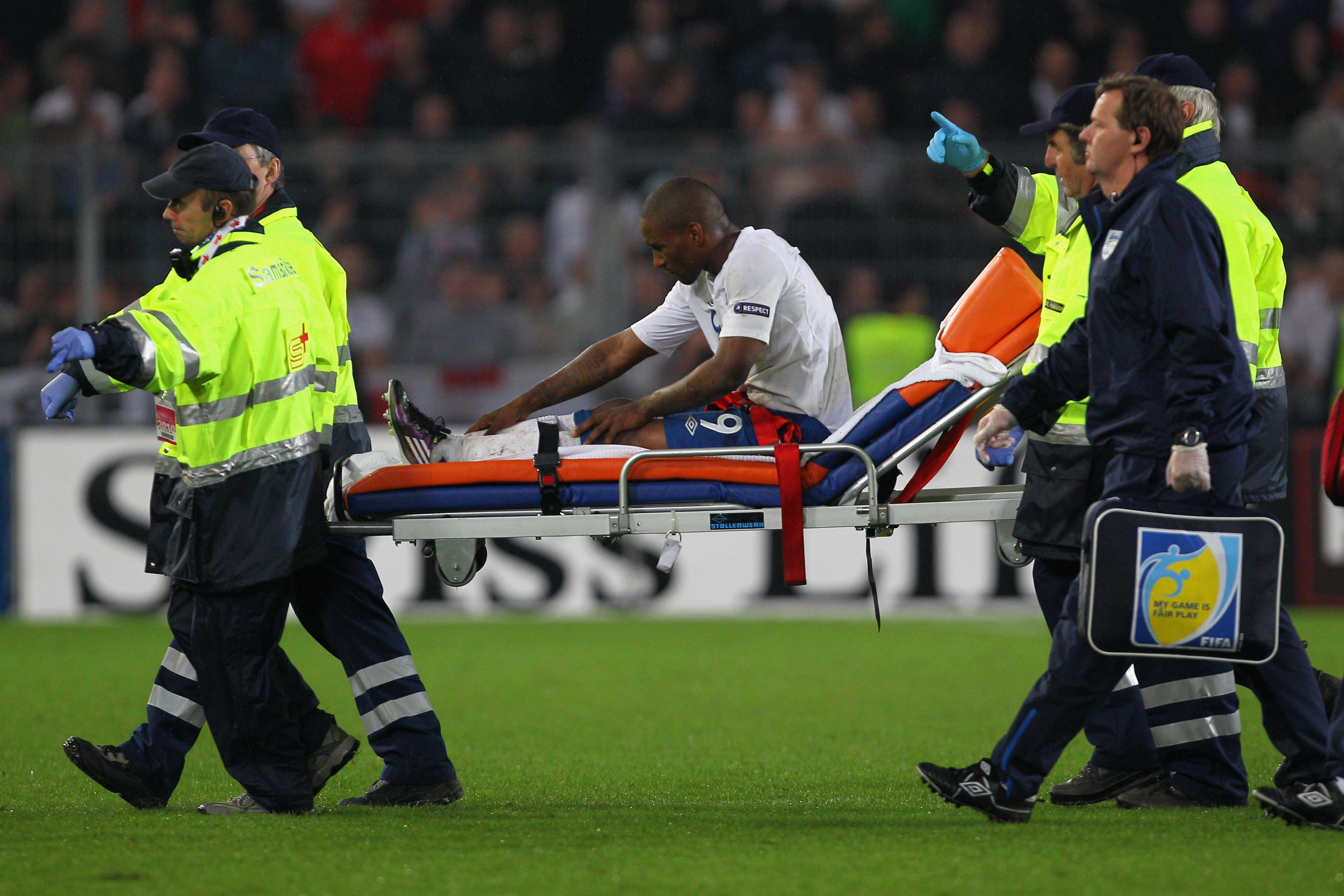 The fact that Tottenham has been performing so well without Defoe, their most prolific scorer, must be a relief to the club.  In his absence, strikers Peter Crouch and Roman Pavlyuchenko and Robbie Keane have netted only one goal between them.

Gareth Bale, along with recent signing Rafael Van Der Vaart, have impressed accounting for 5 of the team's 8 goals so far.  The rest of the midfield crew has looked very strong, and will continue to help fill the scoring void left by Defoe.

The first 7 games have been a battle for the Tottenham defenders.  Ever fragile Ledley King has been battling injuries along with 4 other starting quality members of the back four.  With all their knocks, it is a wonder Tottenham have conceded just 6 goals.

Defoe's return will add a serious scoring threat that will only add to a defensively stellar team.  This combination will surely challenge the likes of City, United, and Arsenal at the top of the table. 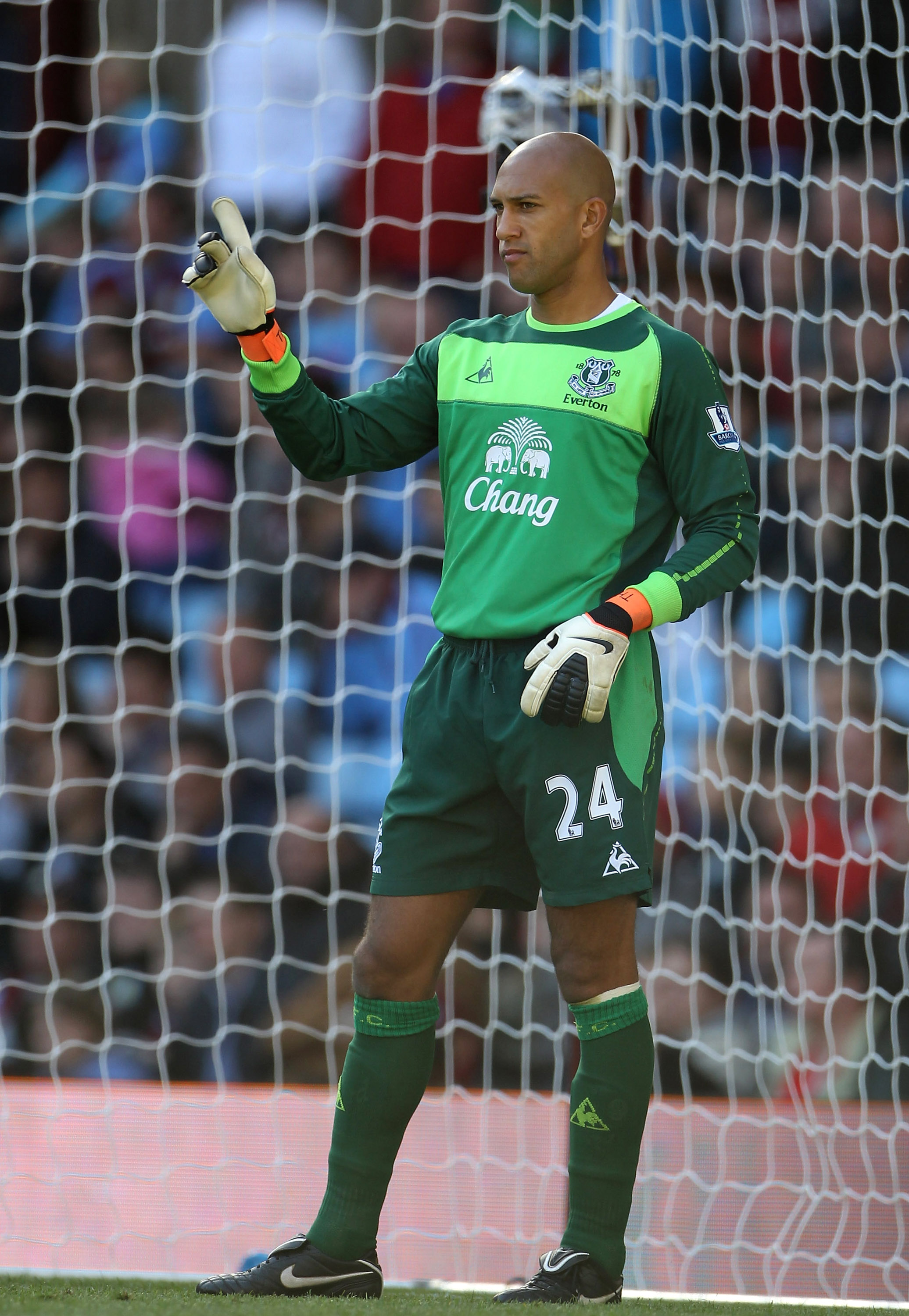 Everton's start to the season has been abysmal to say the least.  They have managed just 6 points in 7 games.  With Louis Saha out with a knee knock, the strikers have yet to score a goal.  For you American sports fans, that is much like your quarterback failing to throw for a touchdown in  the first 7 games of the season.

The midfield force of Cahill, Arteta, and South African Pienarr have been doing their part, but the team is second to last in terms of goals for in the league.  The one bright spot is that they have only conceded 6.  Goalie Tim Howard, who is coming off an impressive World Cup, has been a shining star in what has been a nightmare of a start.

Everton is a good squad, and they will turn things around.  After missing qualification by just 2 points last season, they will find themselves in position to qualify for the Europa cup this time around.

Newcastle Will Stay In The Premier League Next Season 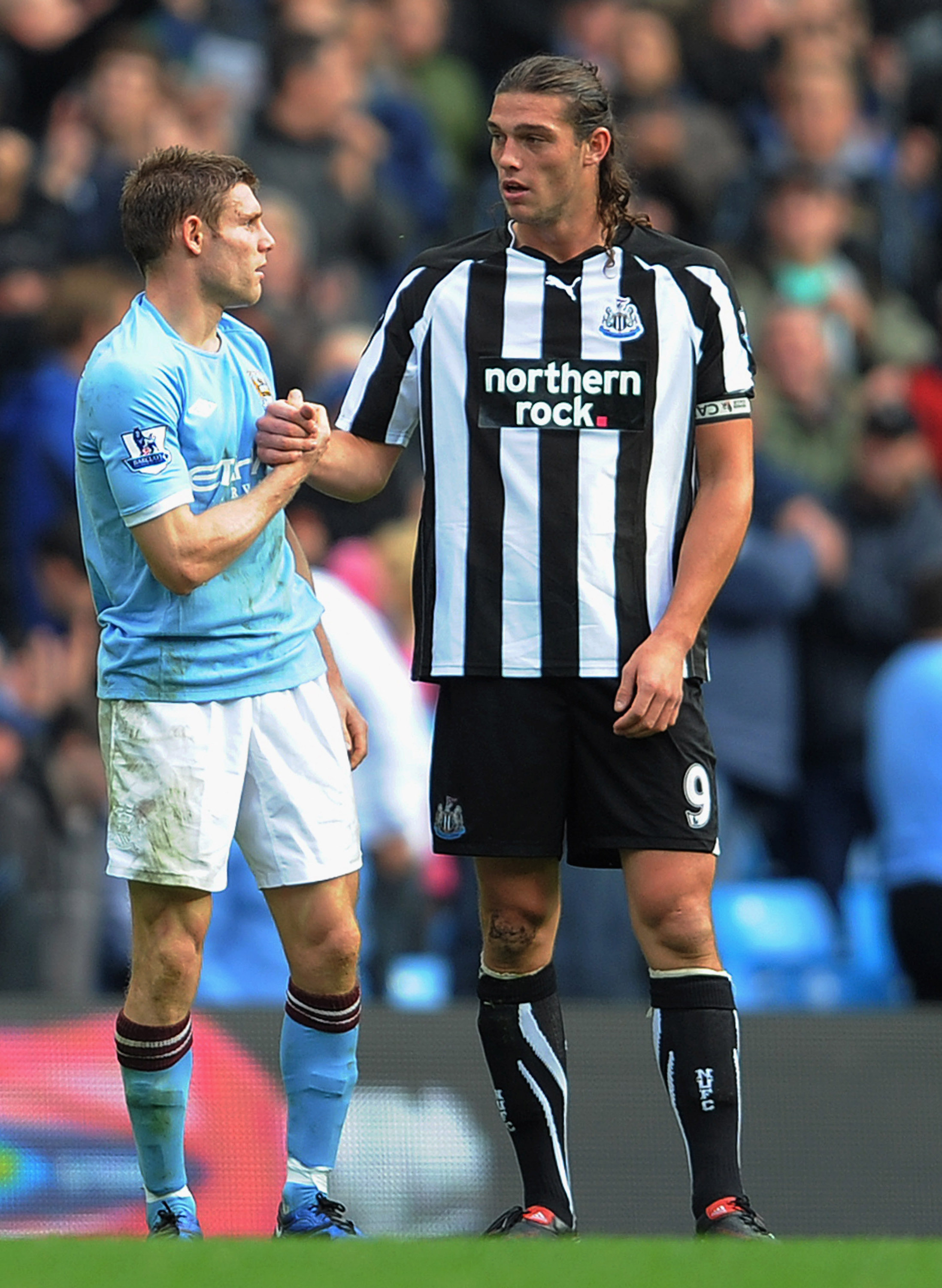 Newcastle will be the most successful of the newly promoted teams this season.  After trouncing Aston Villa 6 - nil, Newcastle has sputtered a bit.  However, they have looked impressive even when they lose.

Striker Andy Carroll has proven himself to be a Premier League quality player with 3 goals and an assist in 7 matches.  Midfielder Kevin Nolan has also put 3 in the back of the net while also looking strong defensively.

Newcastle is a club that knows how to win.  They find themselves back in the Premier League, and don't plan on going anywhere anytime soon.

Manchester United Will Fall Outside Of The Top Three 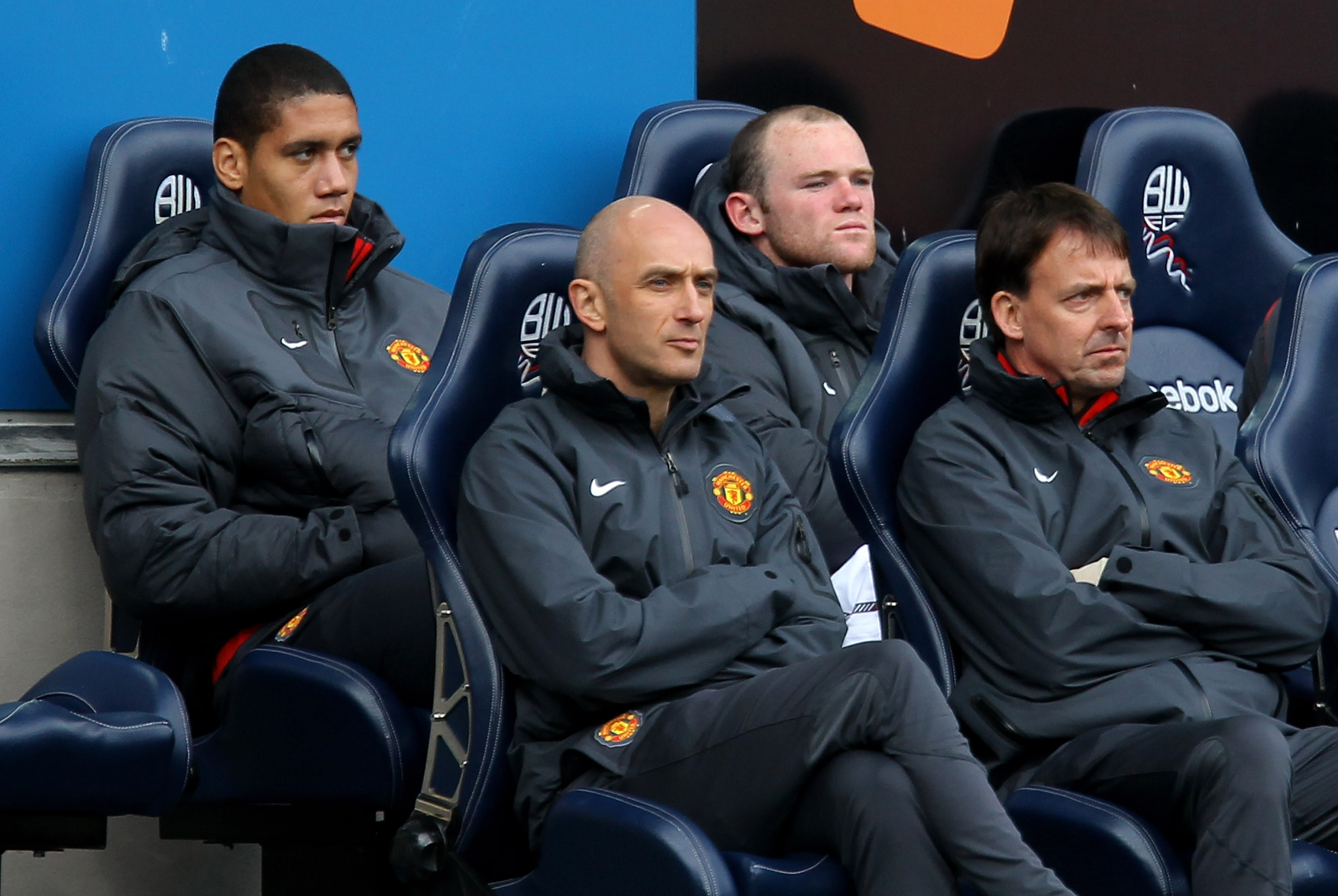 Without a fit Rooney, United have just not looked like the United we are used to.  They find themselves at the top right now, but recent draws to Bolton and Sunderland could forecast what is to come.

With City, Arsenal, and Tottenham looking strong, this could be the year that United is forced from the top three. Old timers Scholes and Giggs can keep up their current form for so long.  United aren't close to panicking, but maybe it is time that Sir Alex turns to his young talent.  Hernandez and Macheda have performed well when given a chance in mid-week games.

Wolves and West Ham Will Be in The Championship Next Year 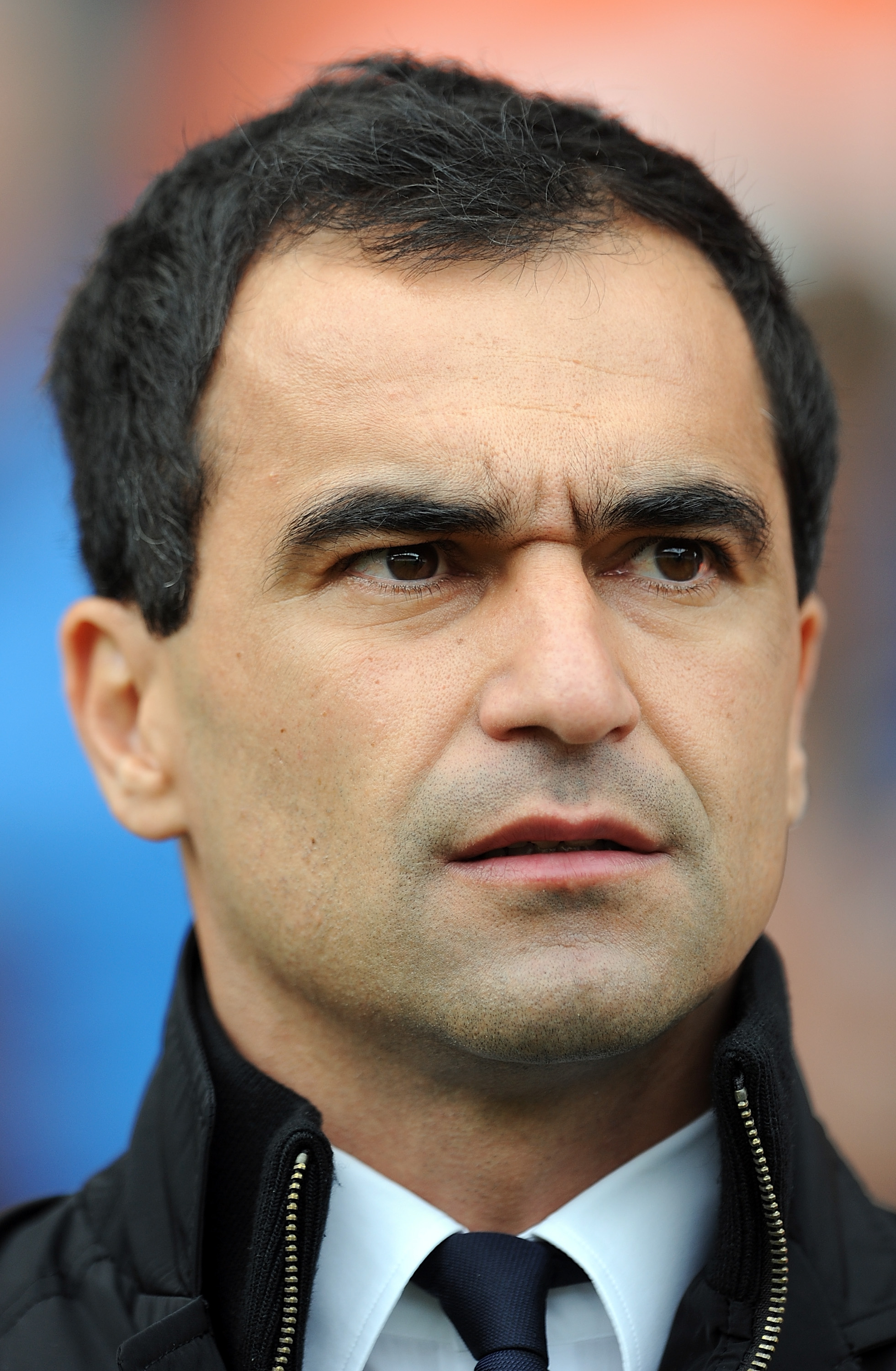 Between them, they have conceded 26 goals and have a combined goal differential of -14. Both clubs are tied at the bottom of the table with just 5 points out of 7 games.

Take it for what it is.  Neither team has shown any promise thus far, and it doesn't look like things will turn around any time soon 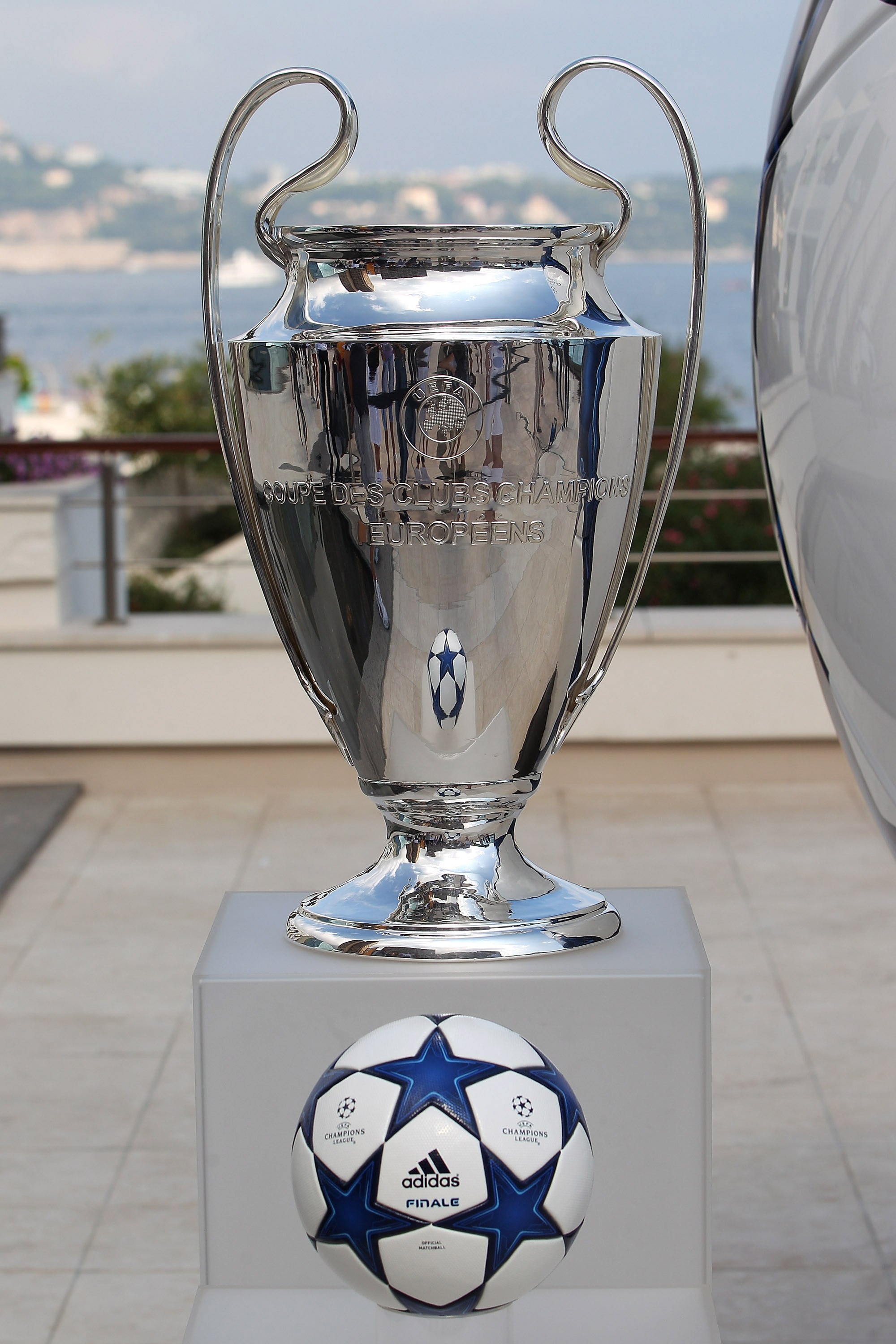 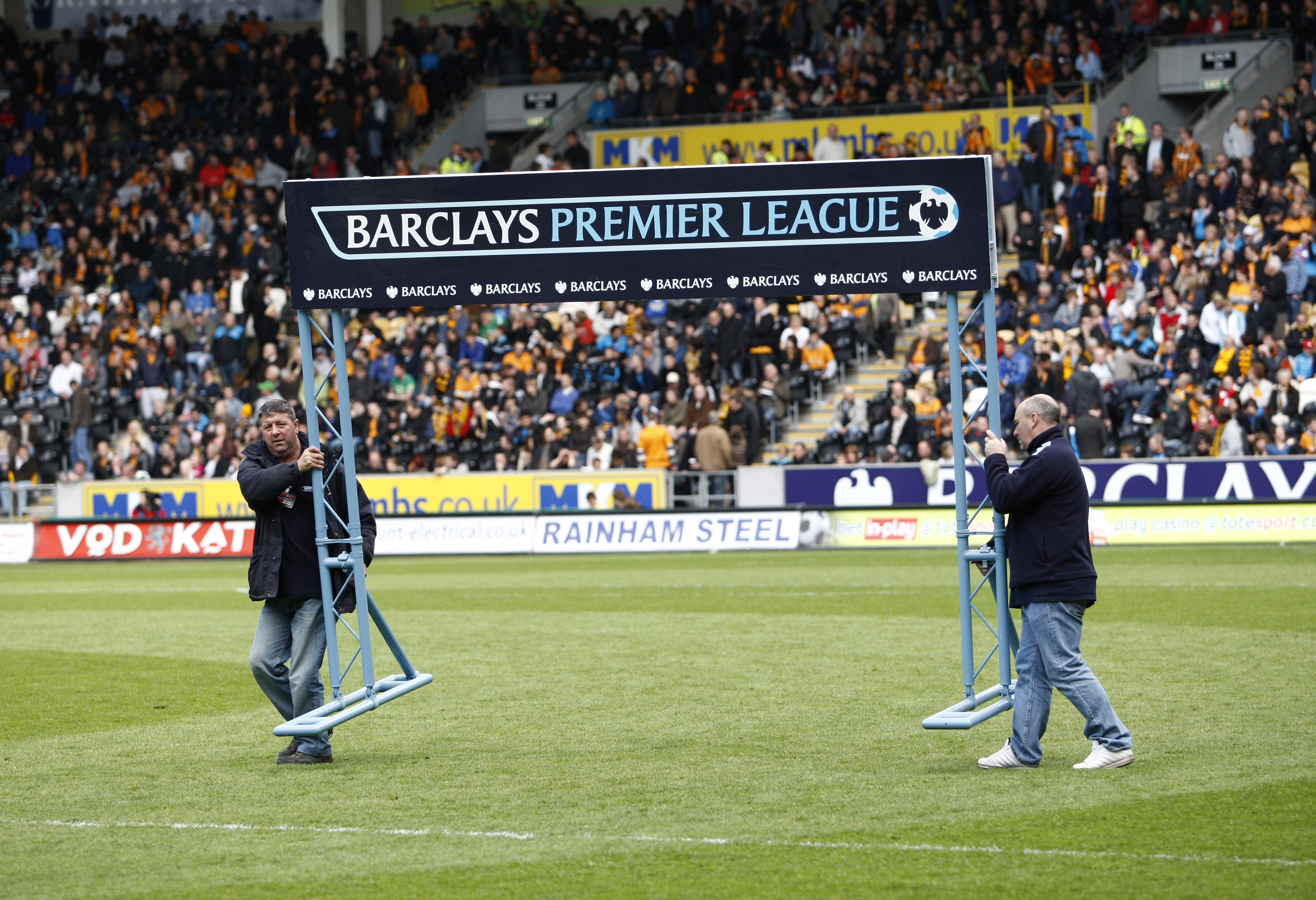