Three Reasons Why The Los Angeles Lakers Will Three-Peat 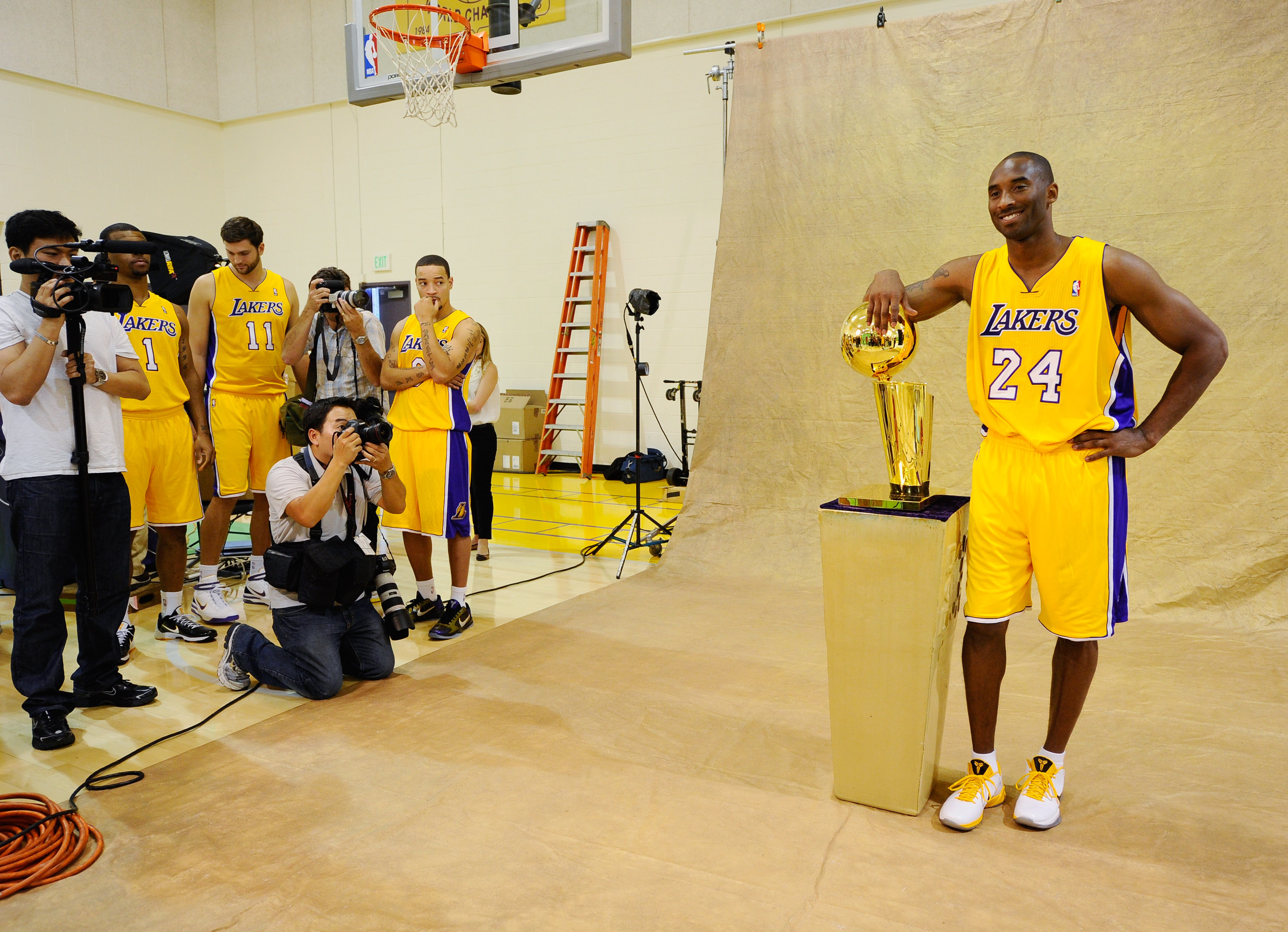 The Los Angeles Lakers head into the 2010-2011 NBA season looking for a third straight NBA title. However, it won't be easy.

The Lakers will bring back most of their roster from last year's championship. However, the addition of point guard Steve Blake will give the Lakers another strong ball handler.

Head coach Phil Jackson and Co. have the hardware, experience, and determination to win their third title in as many years.

Here are three reasons why the Lakers WILL Three-Peat:

Reason #1: The Competition Has Moved Out East 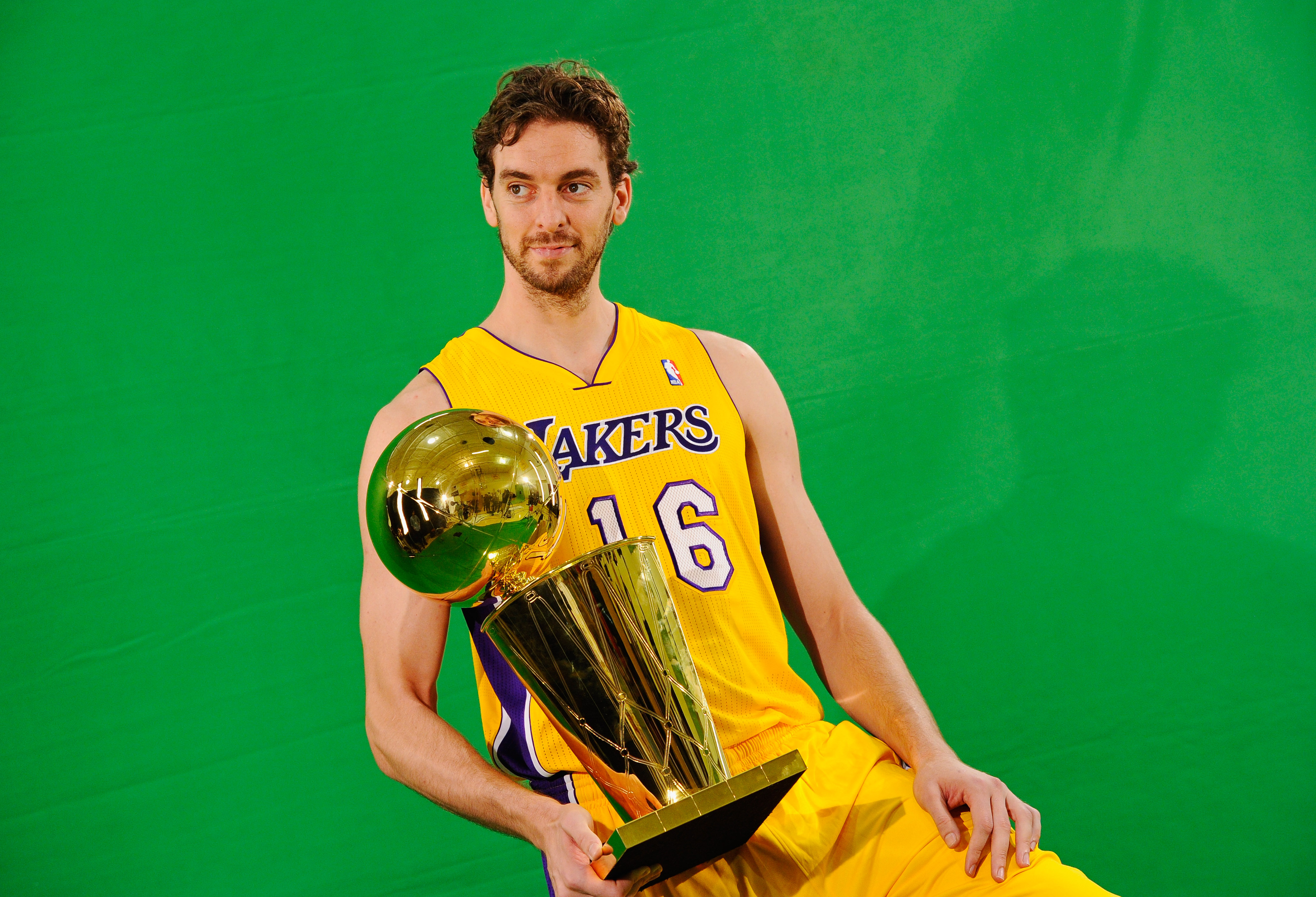 The off-season featured a lot of free-agents skipping town and cashing in at new digs. Luckily for the Lakers, two of the Western Conference's top big men are now playing in the East.

Stoudemire gave the Lakers fits during the playoffs (25 PPG), but the Lakers won't see the athletic big man regularly unless the New York Knicks make it to the NBA Finals.

Even though the Lakers swept Boozer's Jazz team out of the playoffs, Carlos had a productive time against the Lake Show, averaging 18 PPG and 14 RPG. Phil Jackson and Co. don't have to worry about the athletic big man in the Western Conference Playoffs anymore.

With these departures and the uncertainty surrounding Yao Ming, whose front court will be able to stop Pau Gasol, Lamar Odom, and Andrew Bynum?

Tim Duncan certainty isn't getting any younger. Carmelo Anthony may be on his way out of Denver. Look for the Lakers to use their size as they crush smaller opponents in the Western Conference.

Reason #2: Winning The Battle On The Boards 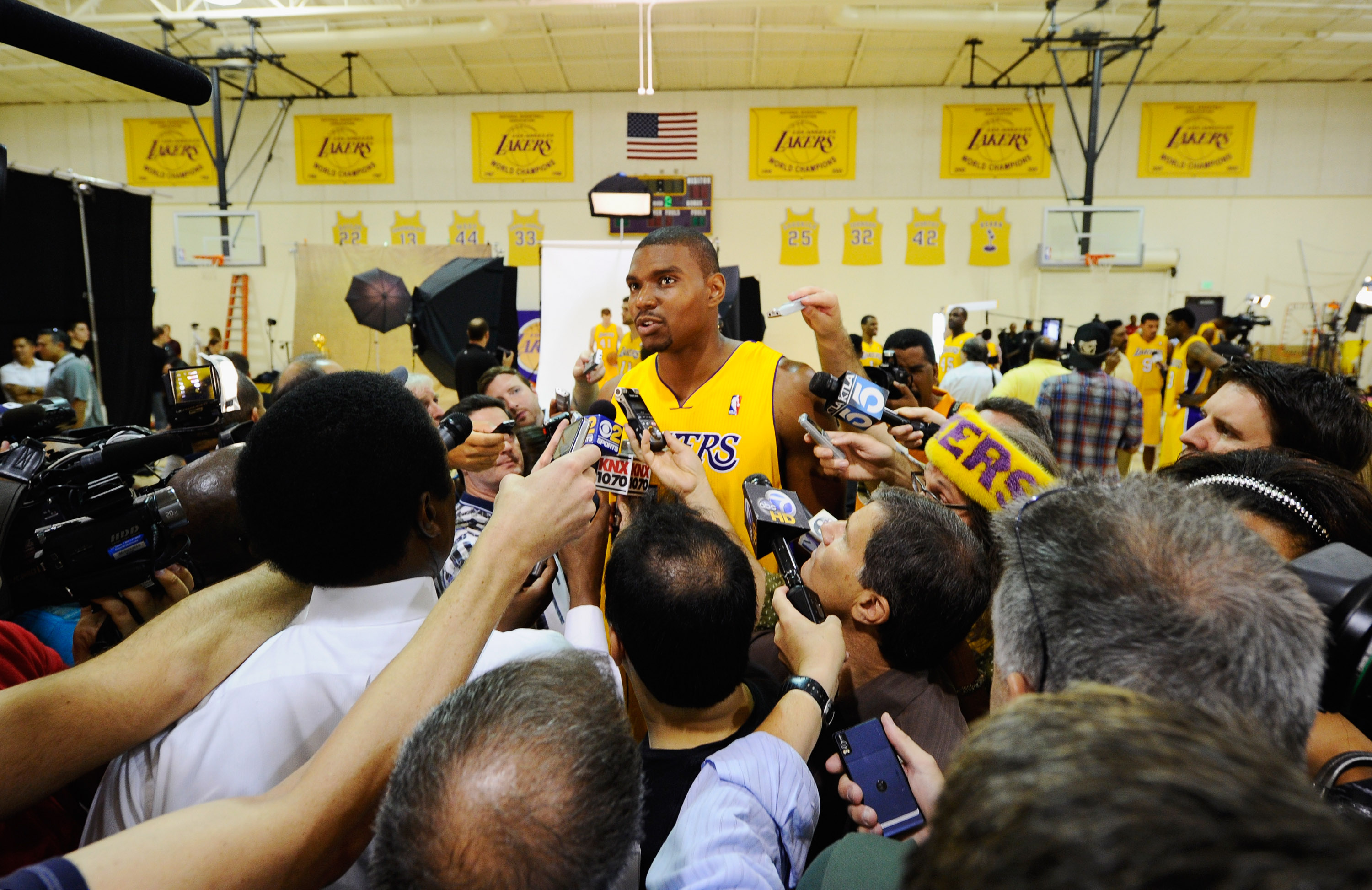 The Lakers averaged the second highest total of rebounds per game last season (44.3). The Lakers constantly used their size and strength to push smaller opponents around...

Until they reached the NBA Finals.

The Boston Celtics proved to be the Lakers' equal in all facets of inside play.

The Lakers will be without center Andrew Bynum for the first month of the season, due to knee surgery.

This situation will be closely monitored as the Lakers will need their big man to be healthy when he returns to the court. 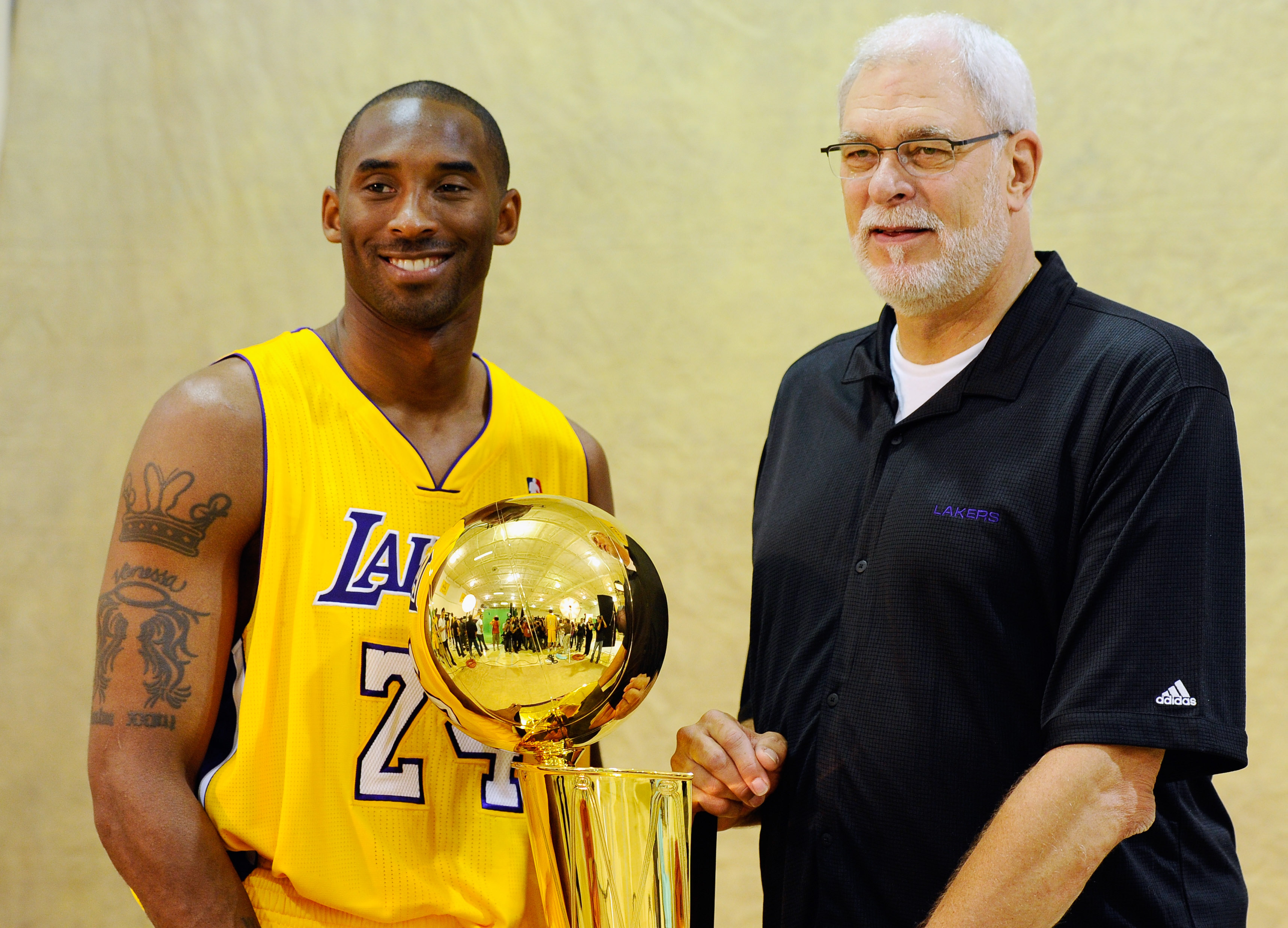 Is there a more clutch player in sports than Kobe Bryant? Despite shooting 6 for 24 in Game 7 of the NBA Finals, Kobe managed to score 23 points and grab 15 critical rebounds.

Over the course of 23 playoff games, Bryant averaged 29.1 PPG enroute to his fifth championship ring.

As soon as Kobe won his fifth ring, the media already began talking his next ring. Kobe' all-important sixth championship ring will tie him with arguably the best basketball player of all-time, Michael Jordan.

Bryant has dealt with Jordan comparisons for his entire career and the questions will surely be there as Bryant looks to tie MJ.

Only one man has had the pleasure of coaching both Jordan and Bryant, though.

In what will be his last season, Phil Jackson is aiming to secure his 12th championship ring and his second three-peat with the Lakers.

Jackson's calm demeanor on the bench helps keep his players confident during games.

Is Jackson the best coach of all-time? He may be, but if he reaches the NBA Finals, one gigantic hurdle may stand in his way....

The Temperature Is Rising... 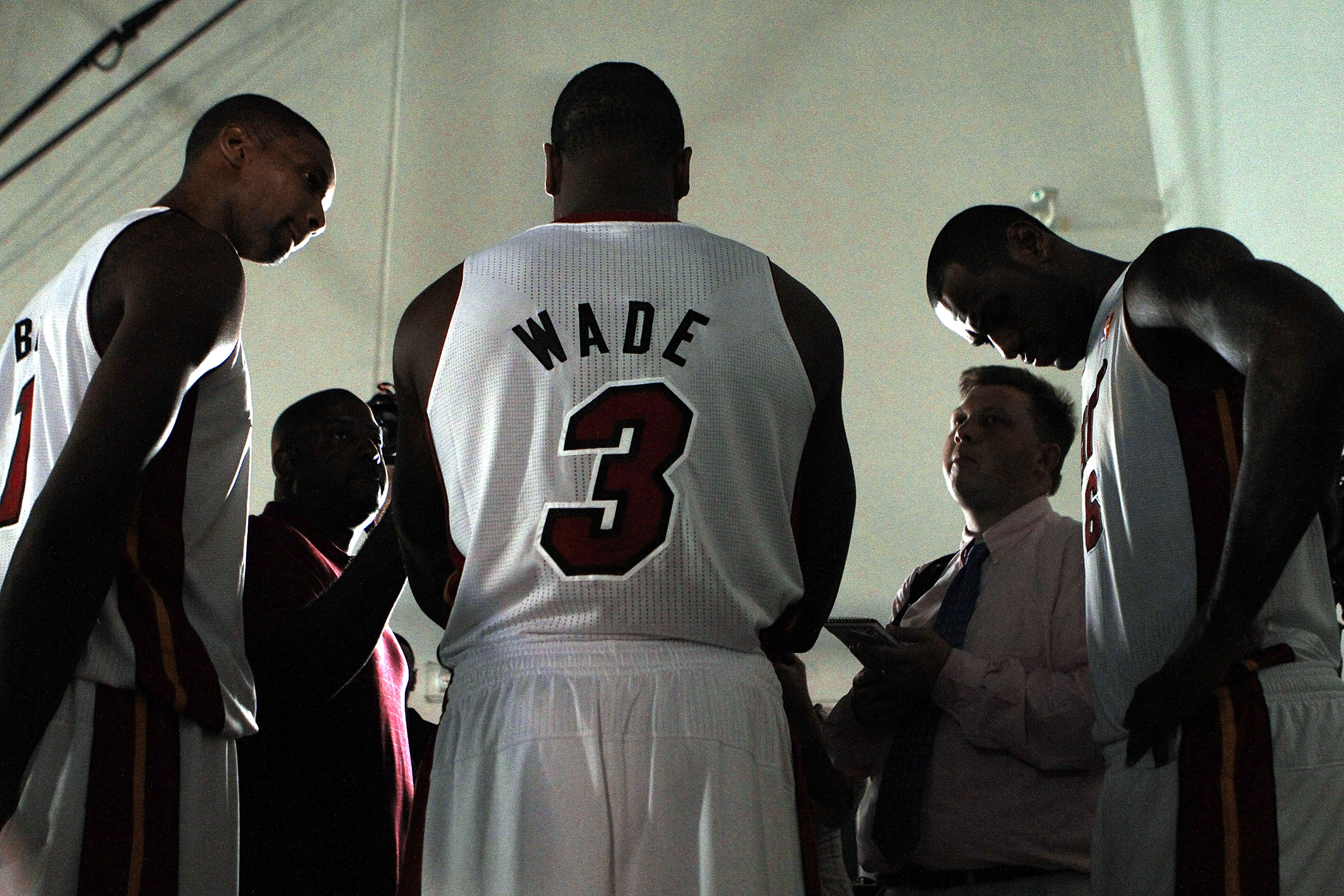 The Miami Heat have ensembled one of the greatest talent collections in the history of basketball.

LeBron James and Chris Bosh joining forces with Dwyane Wade in Miami will create a daunting match-up for any team.

Add in Mike Miller and a bunch of mid-level, hungry veterans who want a ring and the Heat will be extremely tough to beat.

Can the Lakers stay cool and 'beat the Heat' this season???? 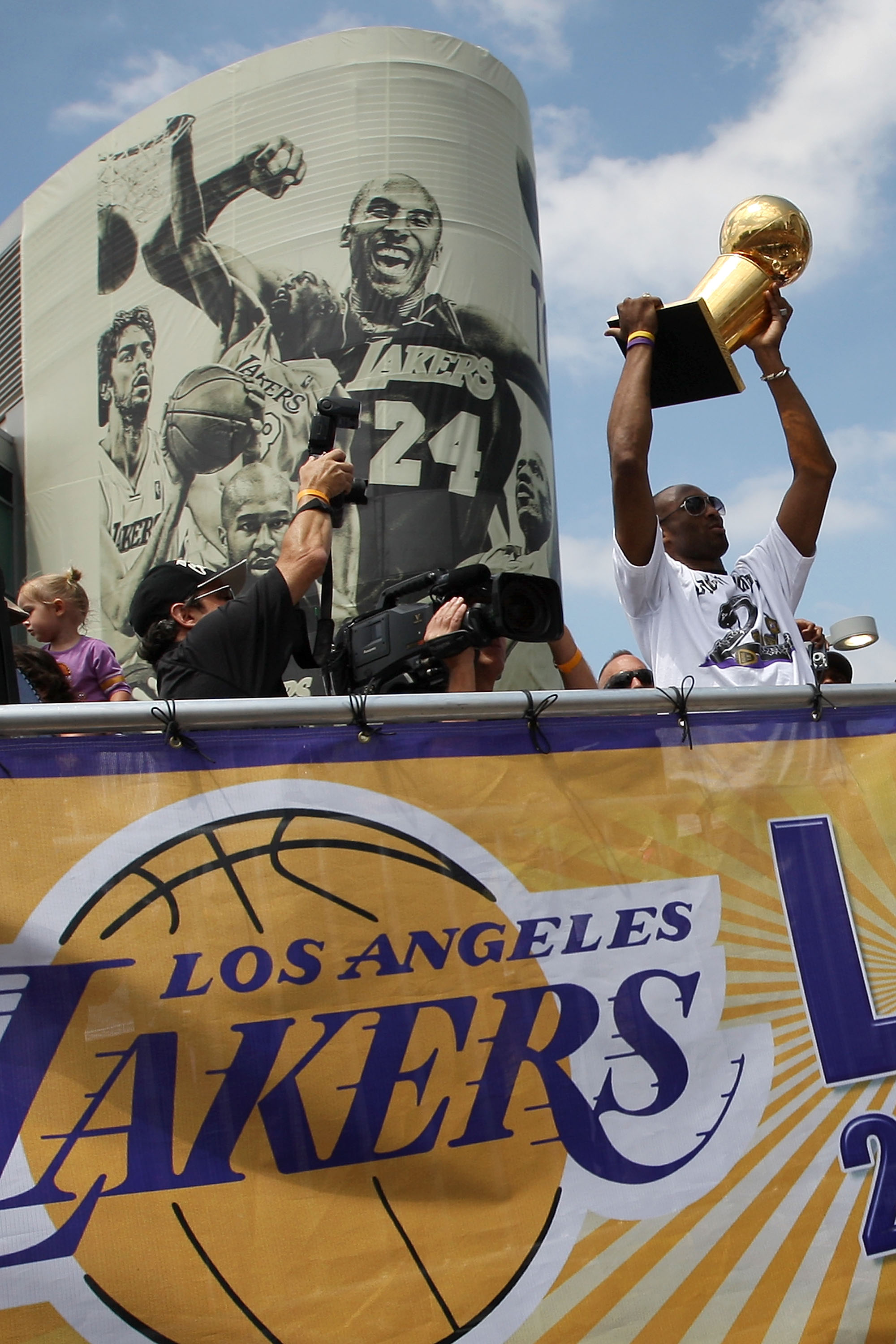 These two teams will square off in the NBA Finals this year with the Lakers winning a Game 7 in Los Angeles, securing their 17th World Championship.

The Laker size and experience will be too much for the talented Miami team. The Heat will collect their share of NBA Championships, but Kobe Bryant will get better of Miami's 'Big Three' this year.

Phil Jackson will ride off into the sunset as Kobe Bryant will be equal with Michael Jordan. In terms of total titles anyway.....