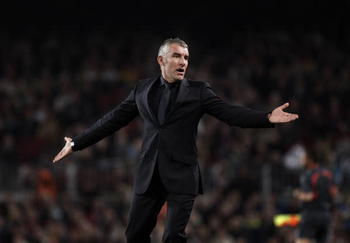 Every year at the start of the season, there is one discussion going on in the (big) German football community: Which managers will not survive the season with their current clubs?

But after the record in the 2005/2006 campaign, which saw 10 managers not ending the season with the same club they had started it, the number of  dismissals decreased.

It is likely that this development will continue, as many clubs facing relegation trouble (e.g. St. Pauli/ Holger Stanislawski or SC Freiburg/ Robin Dutt) are expected to hold on to their managers no matter what.

For a few years now, you can also bet on who will be the first manager fired, and here's my list of the biggest candidates to be gone first. 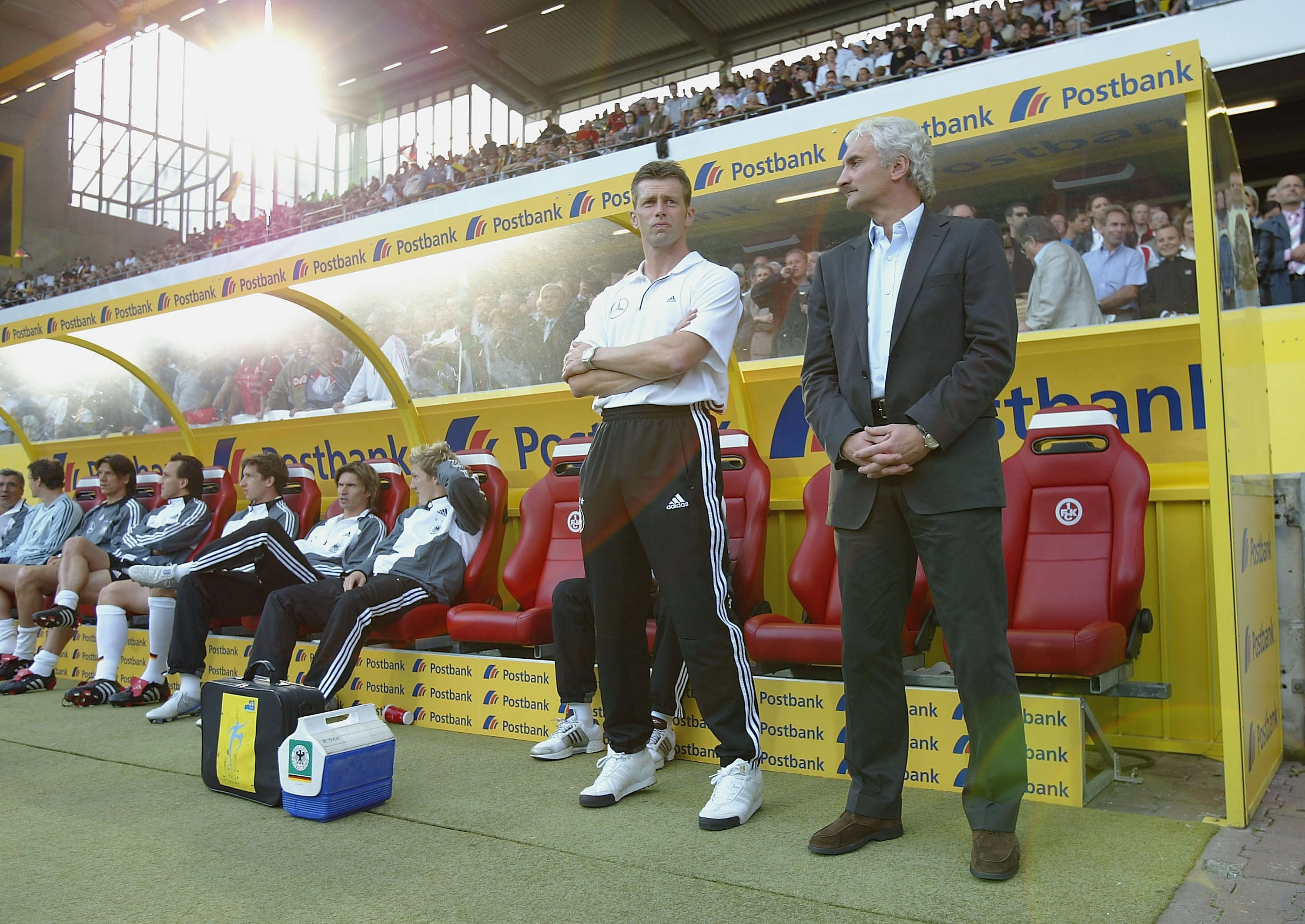 Okay, let's face it: Skibbe isn't very likely to be the first one gone. But as so few dismissals are expected this season, he still makes the top 5.

Skibbe did a good job last time out, leading the team to an 8th place finish, thus proving many doubters wrong.

Still, he isn't getting along well with sports director Heribert Bruchhagen as they often criticize each other in public. Also, some teams who finished behind Frankfurt last time out are expected to bounce back this season, e.g. Gladbach and Hoffenheim.

Even adding their bad start with two losses, it's not too big of a deal, but its already enough to make the list 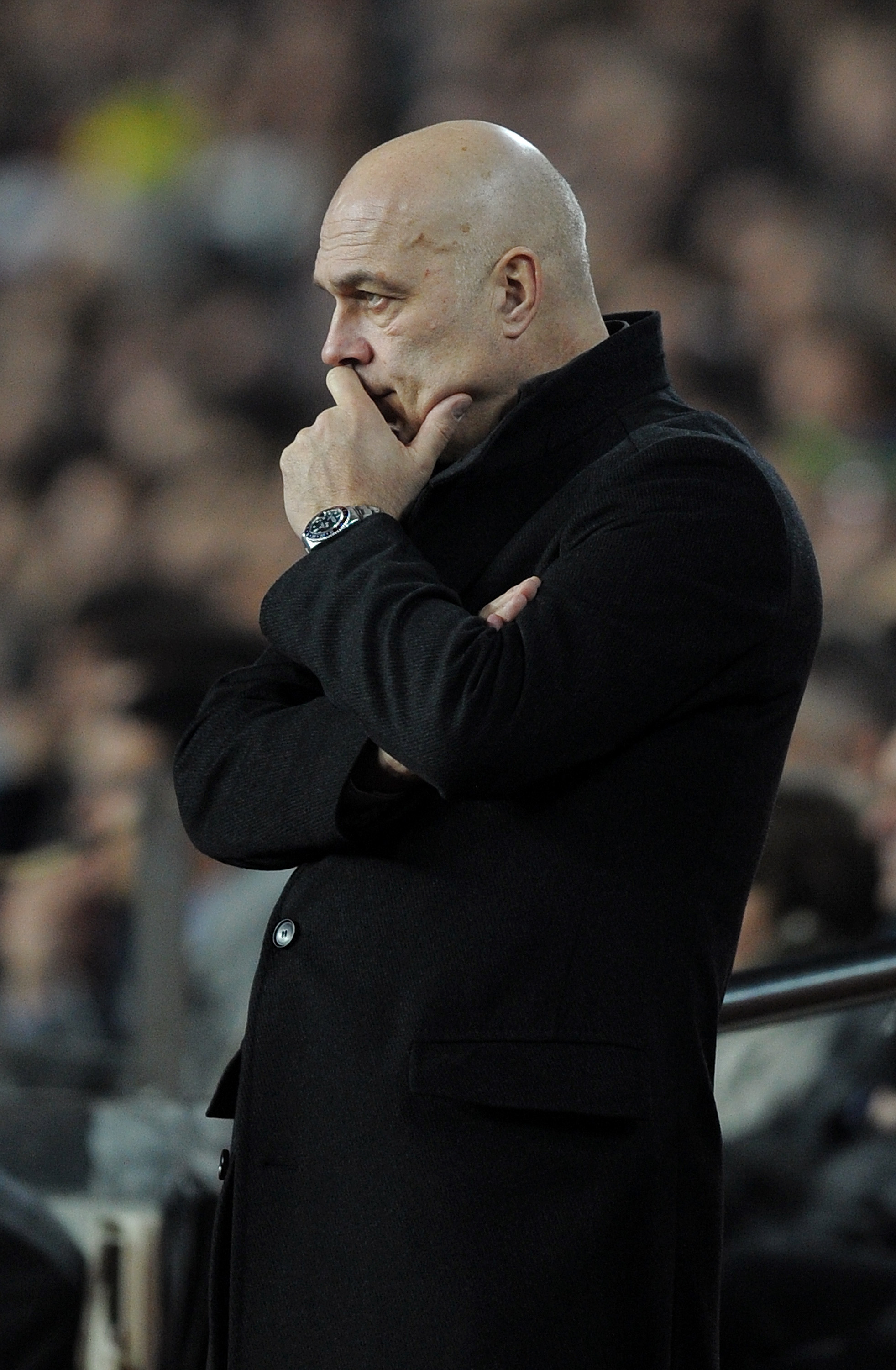 At the end of last season, no one would have expected Gross to appear on a list like this. He made the VFB the best team of the second half of the season and managed to qualify for the Europa League playoffs, with a team that was near the bottom three after 15 matches.

3 months later, however, the situation has all changed. Hitzelsperger ( at least until last season), Hleb, Lehmann and especially Khedira were crucial for the VFB. They all left, and none of them got equally replaced.

The situation is just like Markus Babbel's (Gross' predecessor) exactly one year ago, who also had a great first half season, but then nothing worked out for him anymore and he got fired in winter.

Still though, it is improbable Gross will be discharged first, because the Stuttgart board seems to be aware of the quality of the squad and won't only blame Gross if the VFB can't contend for the top spots. 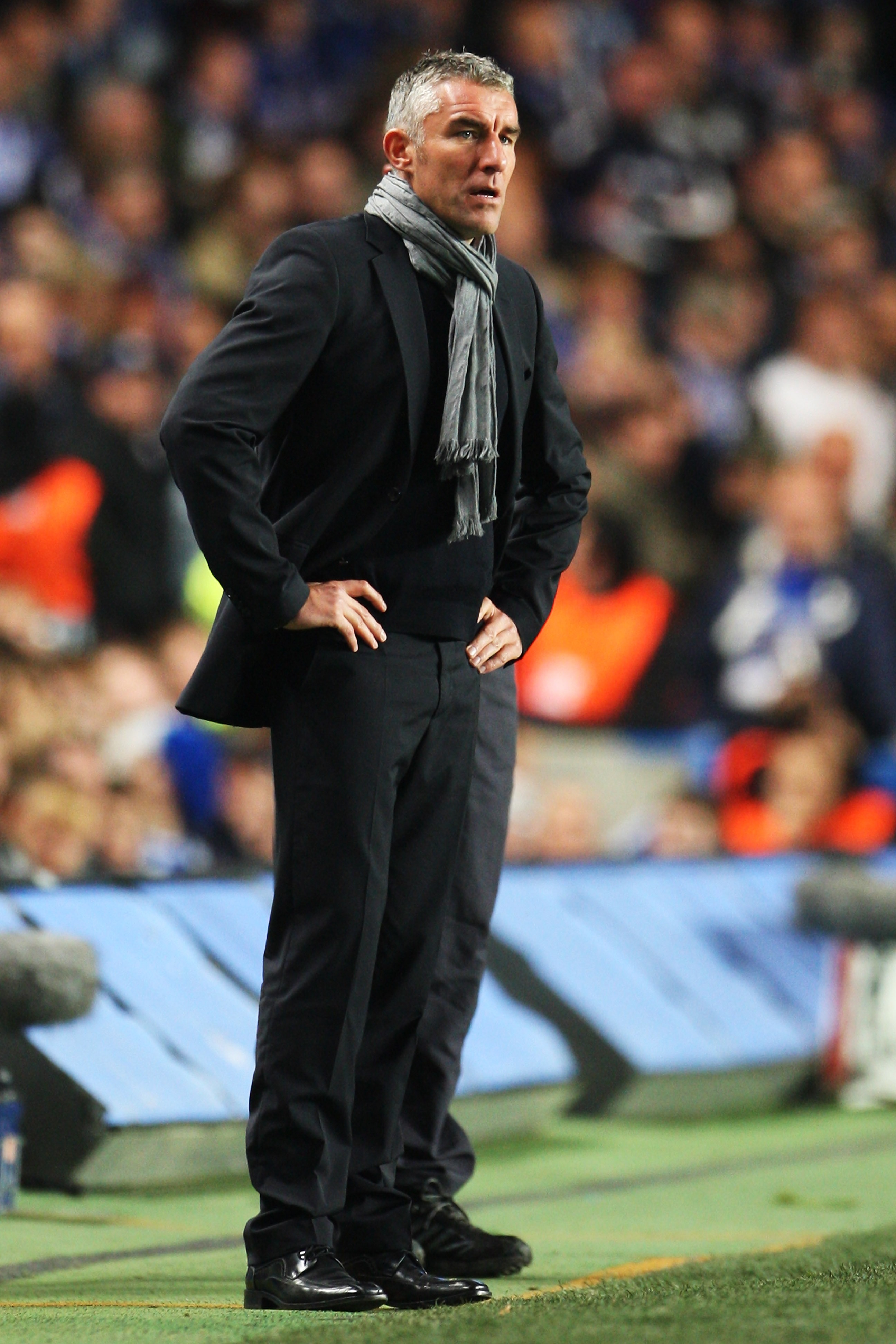 Just before the start of the season, Slomka was the biggest favourite to be fired first among the bookmakers. That was obvious, as Hanover had played a catastrophe of a season in 2009/2010, the squad was poor, there was unrest because Slomka had arguments with sports director Jörg Schmadtke, and the team had lost its cup tie against 4th league side Elversberg on penalties.

Also Slomka and Schmadtke seem to be working better together now after a hot debate after the loss in the cup.

But still, Slomka's job is far from save. The team is still supposed to be in the relegation battle until the end, which is a threat for every manager's job. Besides, although Slomka was Ralf Rangnick's assistant coach in Hanover for quite a long time, he isn't too popular among Hanover fans. 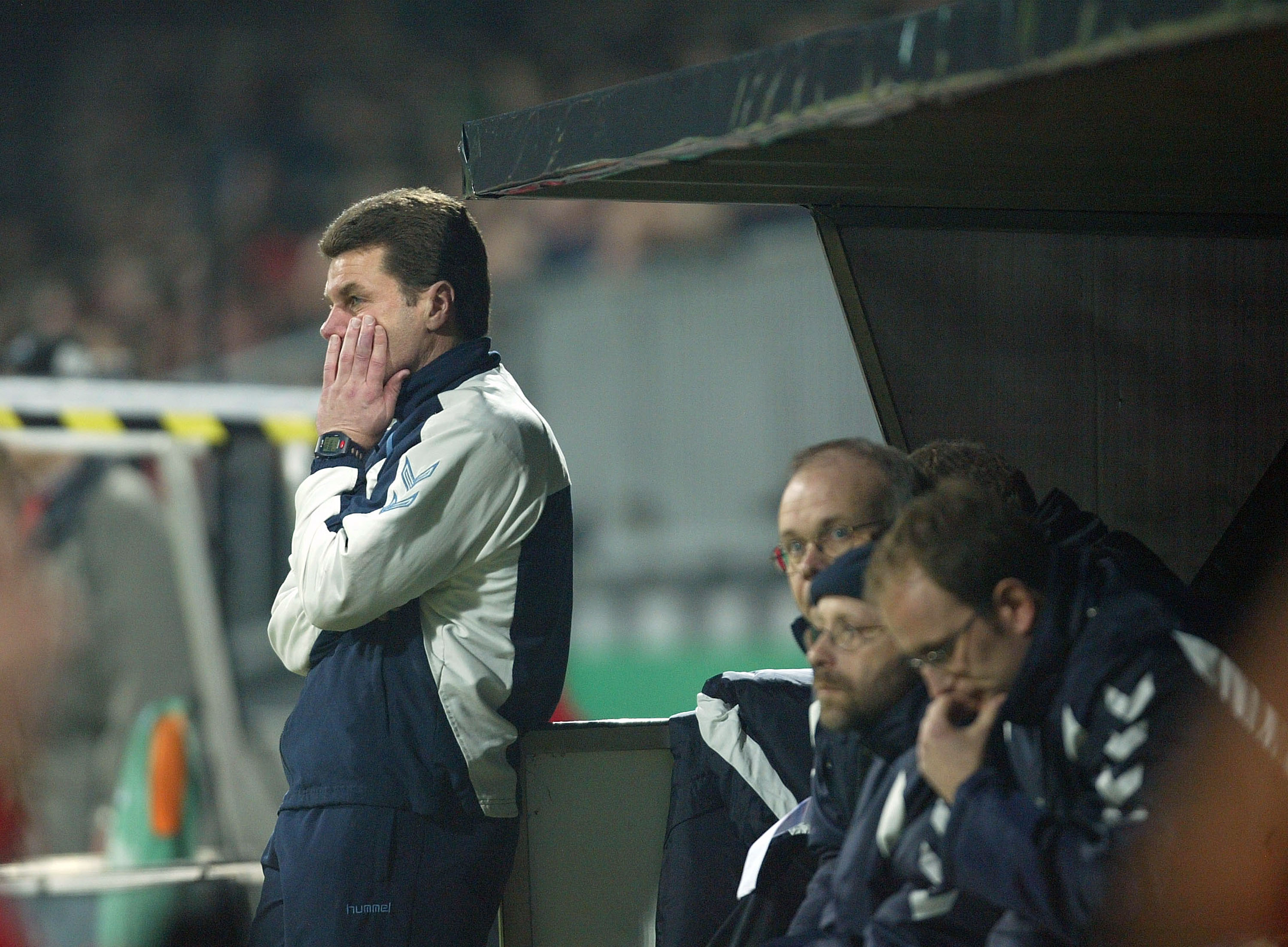 Hecking took over from Michael Oenning midway through last season, and he has managed to keep his team in the league. Nevertheless, he faced a lot of criticism because Nürnberg just played bad football most of the time and had to play the play-off matches against the 3rd of Bundesliga 2 (which they won confidently).

Looking at the changes: Well, hmm, there are few.

The club has added two promising prospects on loan with striker Julian Schieber and midfielder Ekici, but they have also lost two players of the same category in Andreas Ottl(midfield) and Breno( centre-back), both of whom are beaded back to Munich. Ottl was vital in avoiding relegation, while Breno was really good until he was sidelined by a knee injury. Also right-back talent Dennis Diekmeier was sold to Hamburg.

With the current squad, staying in the league again is manageable, but won't be easy. Besides, the club environment isn't a calm one, and Nürnberg is also known for being sort of wastefull with their managers. 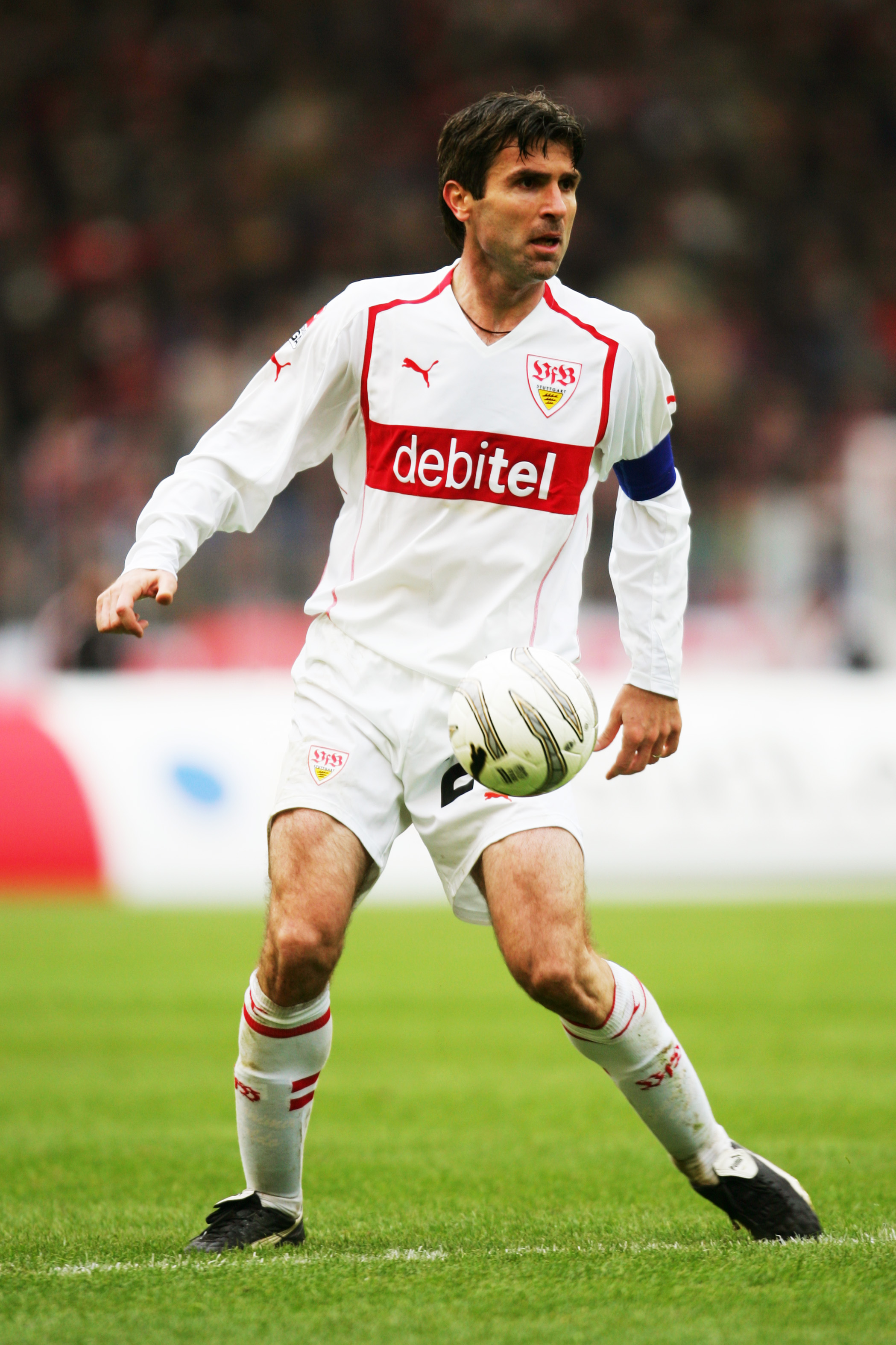 Actually, Soldo should be on every of this list's slides, because the guy is just all but out of his job.

I just see no possibility how all these factors can't lead to a dismissal:

3) The players aren't really bad, Soldo just doesn't manage to form a good team out of a bunch of good players

4) Constant unrest and huge expectations and pressure from the fans.

According to German newspaper "Bild", the next match against St. Pauli is already a "do-or-die" fixture, and even if Cologne happens to win that game (which I don't think they will), more matches of that category would follow.

Sorry Zvonimir, but you better enjoy your last few days in Cologne.